With the end of summer just around the corner, lovers of alternative plans begin to think about leaving ports and beaches. Tourists have to start thinking, without any other choice, about going back to their homes, their jobs, their obligations… Away from the sea, which makes it much more pleasant to live with a heat that has not yet left. That’s why, as not everything is going to be bad, we must also keep in mind those inland corners that offer weekend getaways. Getaways to refresh yourself and discover unique places if you travel to the center of Spain. We are talking about the lagoons of Villafranca de Caballeros in Toledo.

The keys of the lagoons of Villafranca de los Caballeros

In a place of La Mancha whose name I do want to remember, Villafranca de los Caballeros, there were, and there are, some lagoons that made, and make, the delights of an oasis. In a kind of crossroad, they are at a distance of no more than two hours from Madrid, Toledo, Ciudad Real, Guadalajara, Albacete and Cuenca. If you come from Toledo, the getaway is, in fact, less than an hour’s drive. Therefore, Villafranca de los Caballeros is a unique tourist attraction for the people of Toledo and La Mancha or tourists that plan a stay here in the summer months. 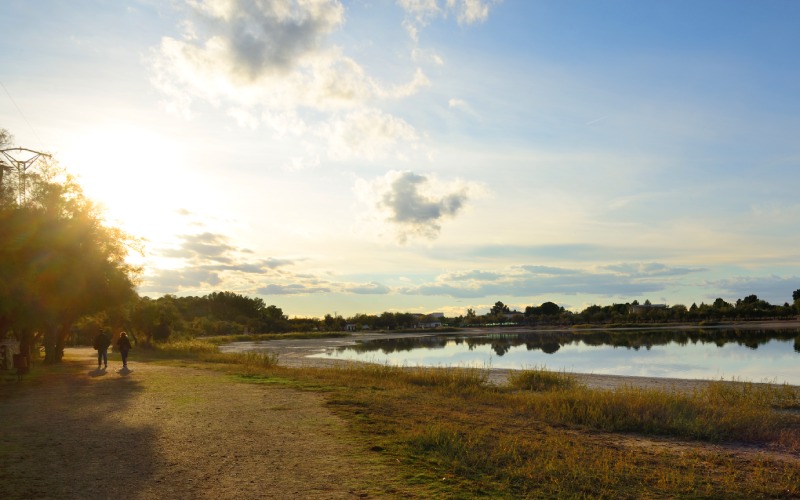 This lagoon complex, declared a Biosphere Reserve, consists of three bodies of water, each with different characteristics. In the first place, the Grande lagoon stands out, the one that really interests for refreshing. It is one of the largest in La Mancha. It is also the only one in the territory where recreational activities are allowed. Therefore in its waters you can practice windsurfing, kitesurfing or canoeing. It is also possible to simply bathe or spend time sunbathing, enjoying a beer or whatever you want on the two and a half kilometers of shores.

The Chica Lagoon, whose access is limited, stands out for its high ecological value. Thus, it is one of the most important refuges of the flora and fauna of Castile La Mancha. There will be no bathers in its waters this time, since its recreational use is not allowed. However, instead of tourists, species such as the red-crested pochard, the tufted duck, the mallard or the coot will be swimming. Underwater meadows of ova and plants such as reeds and cattails make up the vegetation of the small lagoon. Although you can not soak in this space, you can enjoy its views. 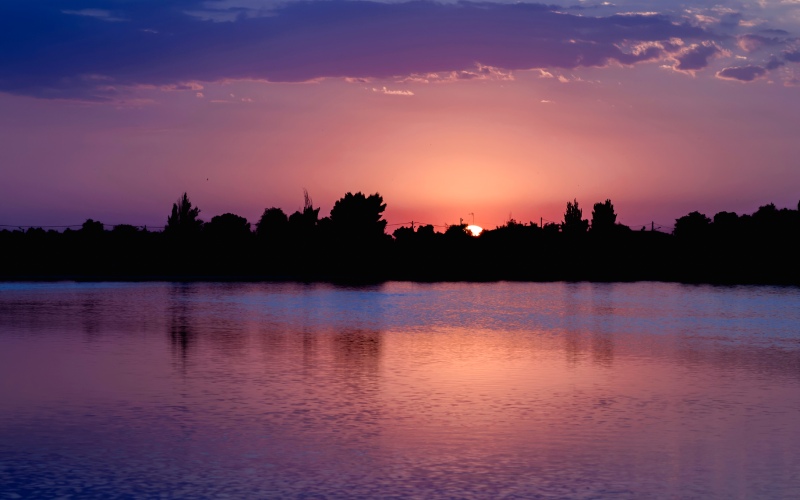 The Salt Lagoon, which concludes this complex, shows and hides depending on the time of year, the abundance of rainfall. That is, it is a shallow lagoon that alternates short cycles of waterlogging-drying. All the lagoons actually run the risk of drying up at some time of the year, but they try to keep active with the contributions of Aquifer 20 and the Cigüela River.

Spots near the lagoons of Villafranca de los Caballeros

A trip to the lagoons can also be made along with other visits and other plans, whether you are a local or a foreigner. In the first place, before or after the bath in the Big lagoon, it is of receipt to take a walk for the Chica and the one of the Salt or to make a route for the place of the Cazuelas and margin of Gigüela. In the municipality of Villafranca de los Caballeros you can, in addition to enjoying a good gastronomic offer, visit some of the monuments that make it up. For example, the church of Nuestra Señora de la Asunción, the airfield shelters or the Plaza de España.

Just 20 minutes from the municipality of Villafranca de los Caballeros sits the beautiful Consuegra. Among its limits stand out, undoubtedly, the famous and huge windmills, the same ones that inspired Miguel de Cervantes to relate the adventures of Don Quixote. How not to think of giants when you see them? The picture is further enriched by the castle of the same name, which lead the place. 800 years old await the traveler behind this fortress, which can be visited. 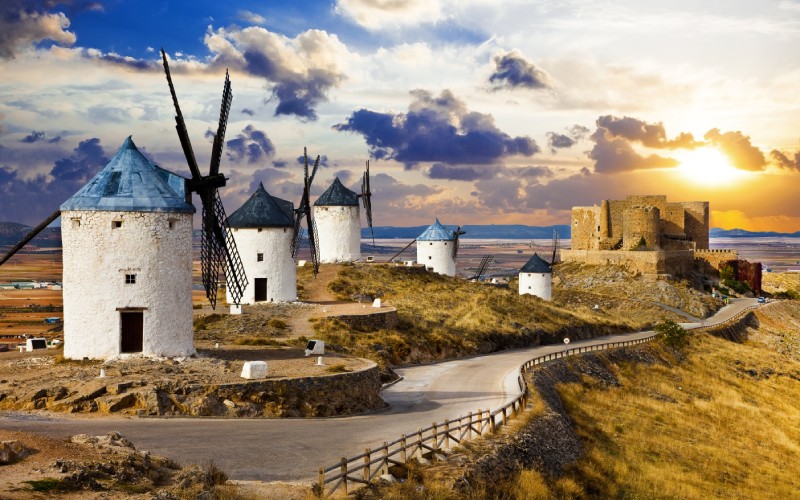 A trip to the lagoons can also be a good opportunity to visit Toledo, less than an hour away. In the former Visigothic capital there is a wealth of activities to do. Visits to its impressive cathedral, the Alcazar or the El Greco museum are just some of the dozens of monuments to contemplate in a city that brought together the Jewish, Arab and Christian civilizations. 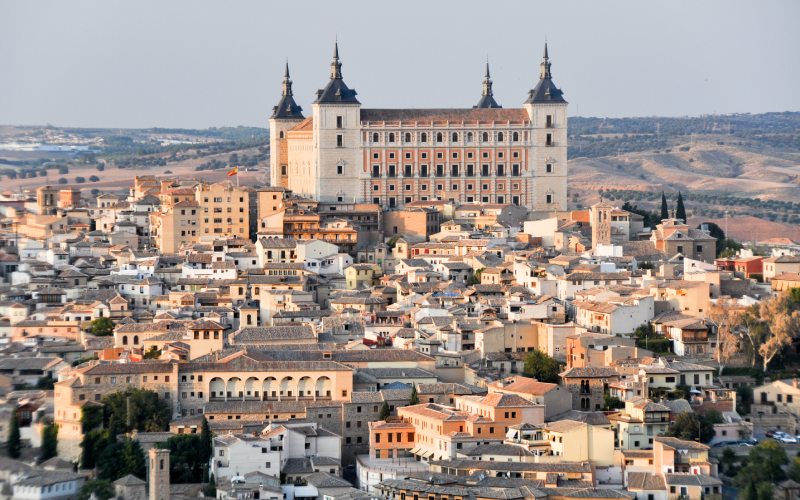 Views of the Alcazar of Toledo. | Shutterstock

A natural refuge from the heat in inland

The lagoons of Villafranca de Caballeros are special for their high ecological value, for offering freshness and fun as well as nature. Also for being close to places as rich in history and heritage as Toledo and Consuegra. A visit to this lagoon complex can become a weekend to recharge your batteries and enjoy all that La Mancha has to offer.