We can find examples of windmills all over the Peninsula, and even in the Balearic and Canary Islands. Although their origin remains controversial, it is impossible not to remember Don Quixote and his faithful squire Sancho Panza, who exclaimed: “They are not giants, my Lord!” in one of the best known excerpts of Cervantes’ work. 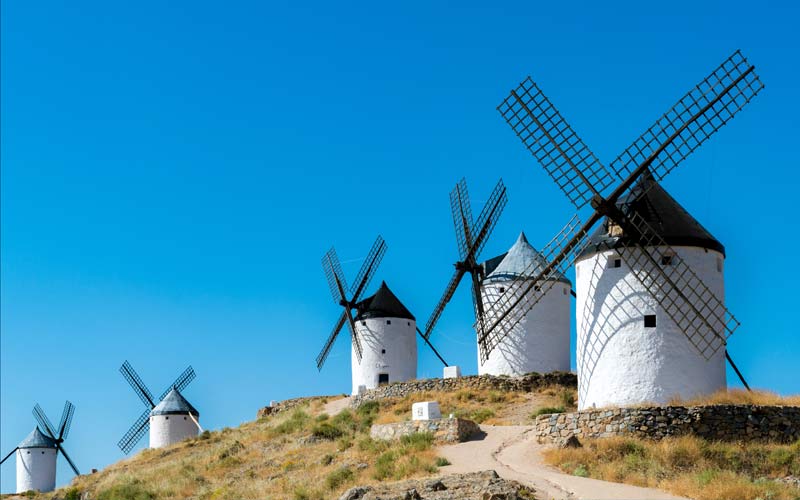 There are different theories about when they appeared. In a rigorous and paradigmatic study, Julio Caro Baroja (1952) confirms that there are three. On the one hand, there are those who trace their origin back to the Greco-Roman world, as it was already known then what could be done with a wheel exposed to the air. However, they did not apply it to the field of milling. 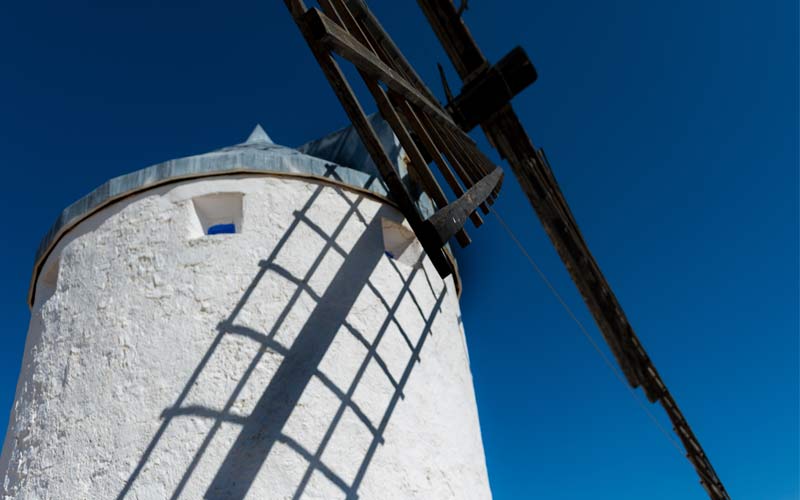 On the other hand, there are those who maintain that windmills are of oriental invention, fruit of the Moorish and Chinese cultures, and that they were brought to the Mediterranean by the Islamic culture and to Europe in the Middle Ages by the Crusaders. In fact, the first windmills to appear in Spain were in the Muslim kingdoms. Finally, others argue that they were invented in the 12th century in Western Europe, such as the typical mills in Holland, Belgium… 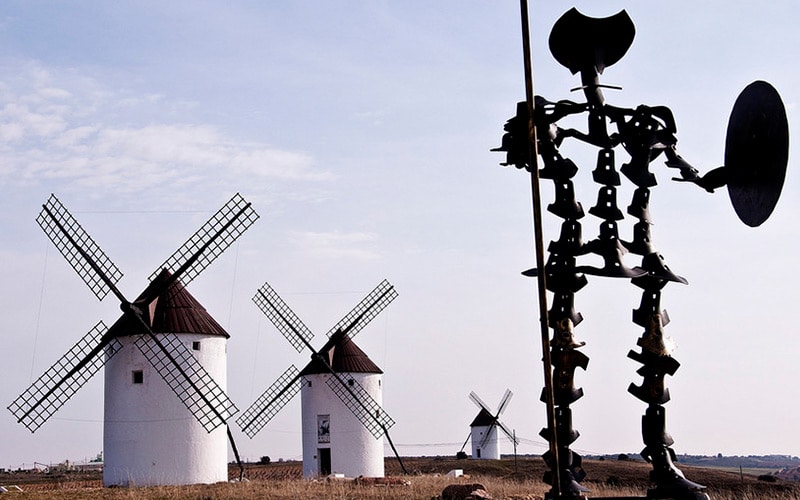 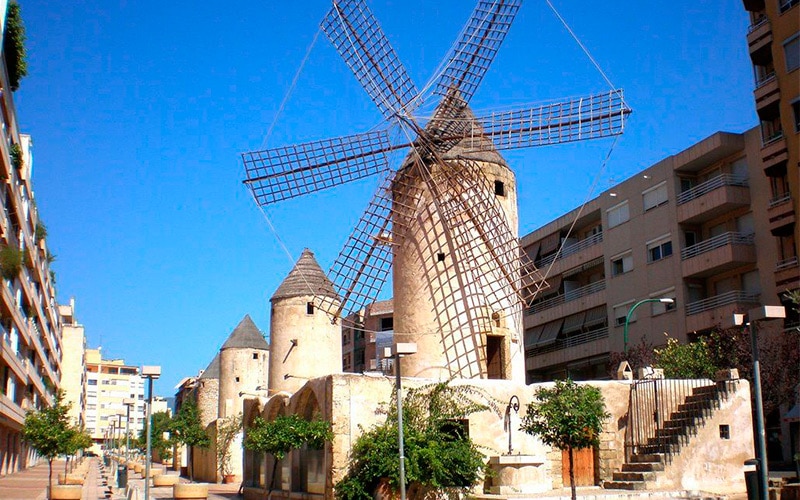 In Palma de Mallorca the traditional windmills are one of the most characteristic images of the Mallorcan landscape, being one of the most representative elements of the region. They played an important role in the economy of previous generations and are a true cultural and industrial heritage that is now protected, recovered and preserved. In fact, there is an Asociación de Amigos de los Molinos. In Mallorca, the mills were used to grind flour (flour windmills) and to extract water from the subsoil (water extraction mills). The former are documented after the Christian conquest (1229), while the latter were introduced more recently.

Today in Vejer de la Frontera, Cádiz, there are 7 flour mills: San Francisco (in the image) San José, San Antonio, Cruz de Conil, Santa Inés, Márquez and Morillo. These are 19th century buildings, except for the Santa Inés mill (from the 18th century) and the Márquez mill (from the early 20th century). 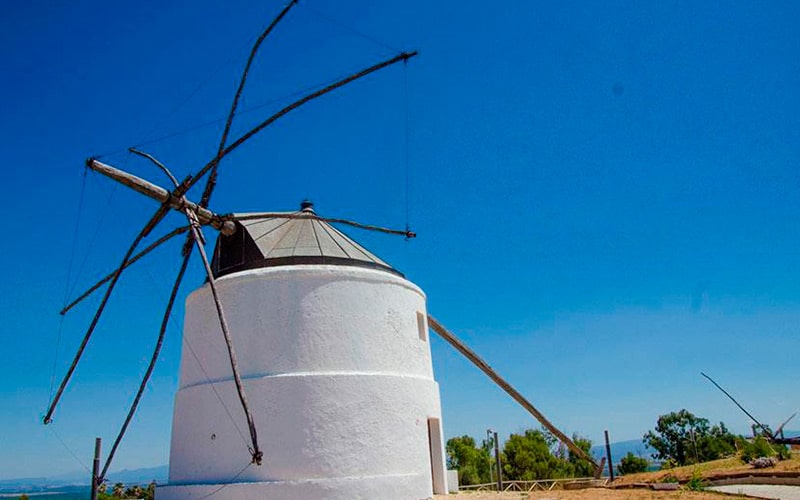 In the past, these mills were used to grind wheat; today they are part of the landscape and part of the historical legacy of the village. These mills were built following the Cartagena model: a more solid construction with a lower tower and thicker walls, which are better adapted to the strong winds that blow along the coast of La Janda. 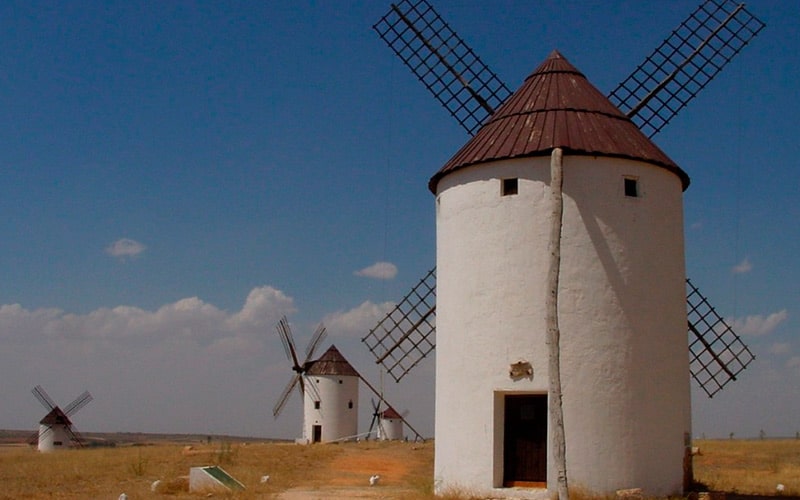 The windmills in Almería are similar to those in La Mancha. It can be said that the frequent currents of the Campo de Níjar caused the mills to be in charge of grinding the grain in Almería. Introduced in the 19th century, they lost their functionality during the following century. The last ones were closed in the 70s, becoming part of the landscape of the natural park of Cabo de Gata. The Molino de Arriba de Agua Amarga and the Molino de Collado de los Genoveses are just two examples of these magnificent constructions, as well as the completely restored Molino de Fernán Pérez. 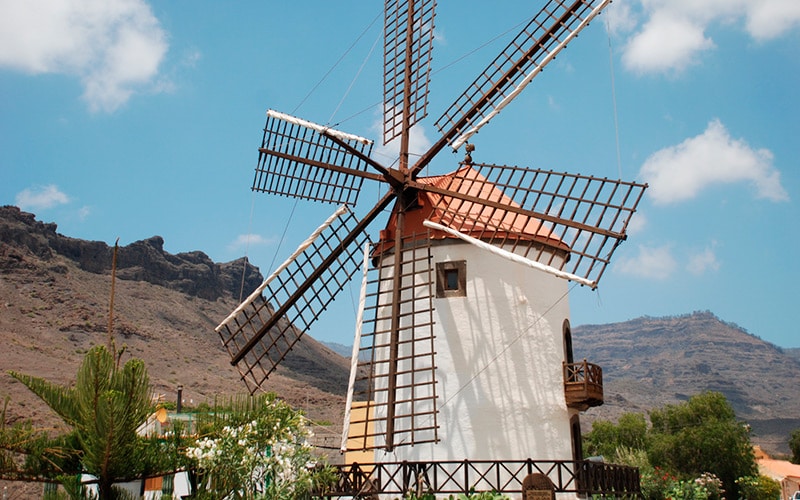 The introduction and expansion of windmills in the Canary Islands occurred in the early years of the conquest and colonization of the islands. This brought about a major change in the lifestyle of the archipelago’s aboriginal inhabitants, who switched from nomadism to sedentarism, devoting themselves to agricultural tasks that were very much centred on cereals. A mill worth visiting is the Tefia Mill on Fuerteventura. 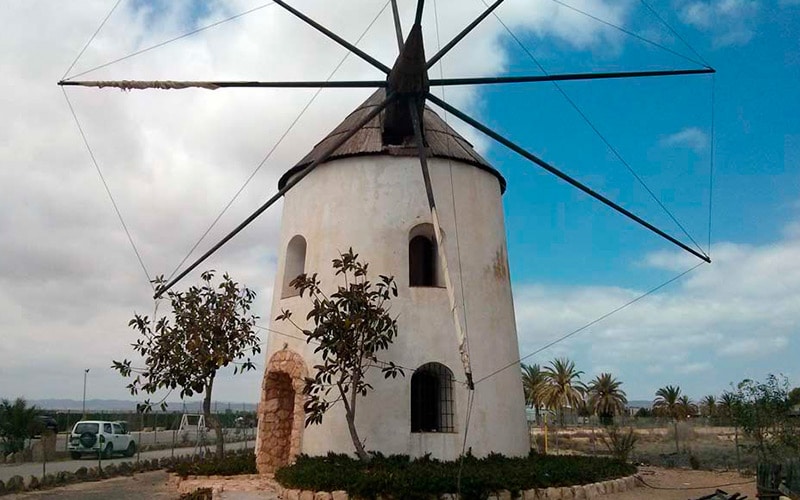 In the Region of Murcia you can find the Molinos del Campo de Cartagena, very similar to the Andalusian ones and equipped with two sets of gears. They were adapted, among other things, to the milling of cereals and the pumping of water. 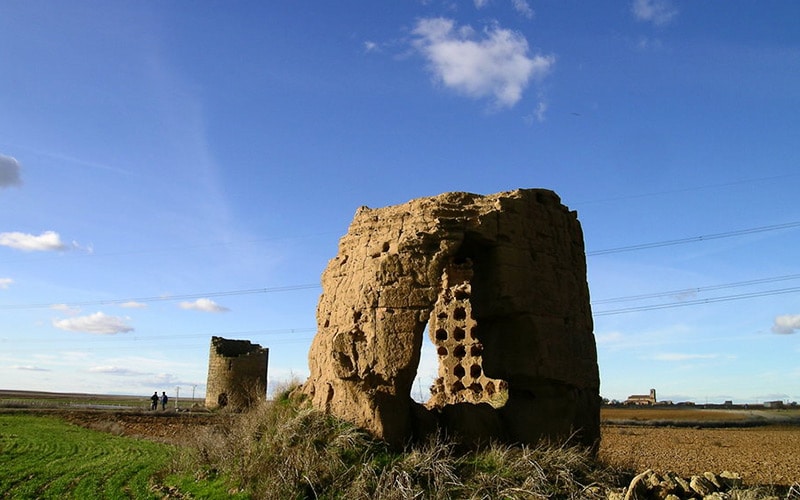 In the region of Castile and León, the mills of Tierra de Campos stand out, such as those of Aguilar de Campos, Cuenca de Campos, Quintanilla del Molar, Santa Eufemia del Arroyo, Valdunquillo, etc. The oldest windmill in Castile and Leon is the Molino del Cubo, located in the Segovia village of Cuéllar. It belongs to the 15th century. 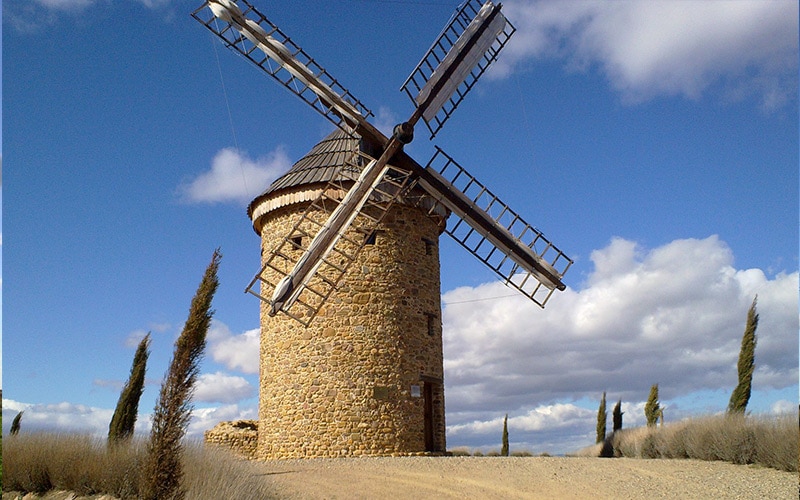 In La Rioja, the most representative mill is the Ocón windmill, located in the valley of the same name and symbol of the region. This piece is an exact replica of a 14th century mill whose ruins have also been preserved in the same location. The mill stands on a hill 800 metres above sea level from which you can see the beautiful Sierra La Hez and the Ebro valley. 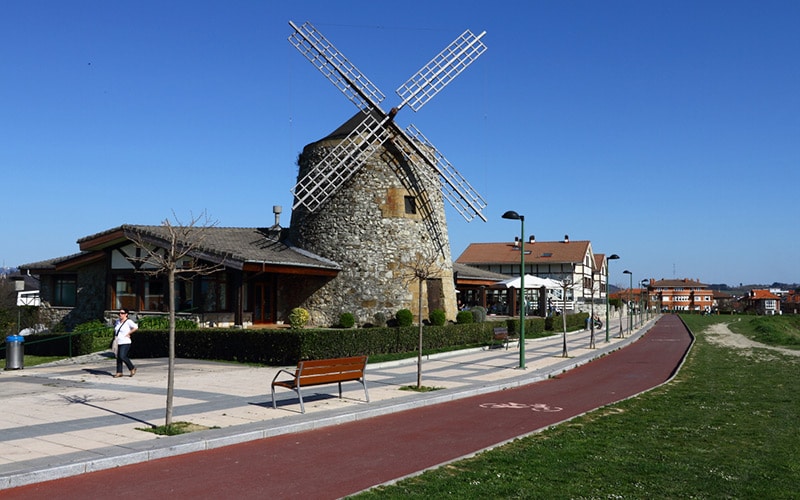 We finish our review of the Spanish windmills on the cliffs of La Galea de Santa María de Getxo. This is the location of the Aixerrota Mill, whose name comes from the Basque language aixe (wind) and errota (mill). It is said that an Englishman, greedy for money, built a mill that did not need water to grind the wheat given the drought suffered by the Señorío de Vizcaya at the beginning of the 18th century. Over the years, traditional mills replaced the Aixerrota mill. This mill, which was restored in the 20th century, now has a painting gallery and an annexed restaurant that delight all those who wish to visit it.