The black lagoon is guarded by granite walls and hectares of pine trees. It is a a mysterious but one of the most fascinating spots in the province of Soria. This compendium of beauty forms part of the Laguna Negra y los Circos Glaciares de Urbión Nature Reserve. It is surrounded by an impressive environment in which water becomes the great enigma and protagonist of this weekend getaway. A place that, despite being an inspiration for writers such as Machado, leaves visitors speechless.

A bit of history of the black lagoon

The impressive landscape that can be seen in the Natural Park of black lagoon and the Glacial Cirques of Urbión is located in the municipalities of Covaleda, Duruelo de la Sierra and Vinuesa. This park covers more than 4,000 hectares and features a multitude of elements created by nature. The greatest examples are Picos de Urbión at an altitude of 2,228 metres and the Laguna Negra at 1,700 metres. 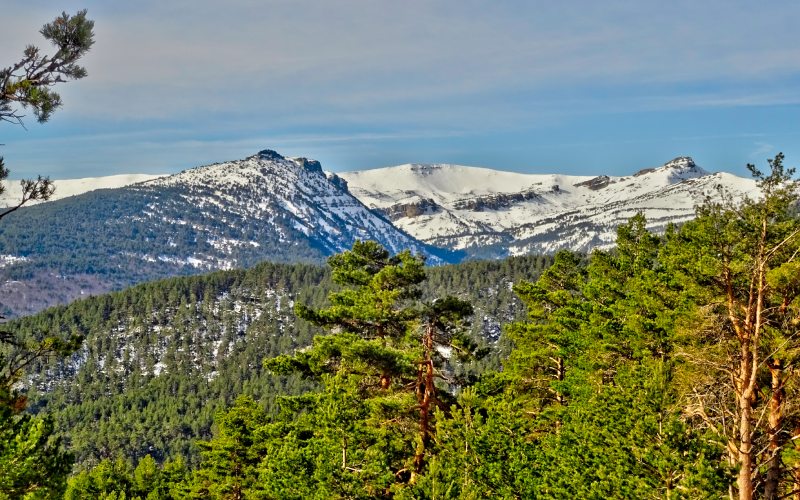 Views of the Laguna Negra Natural Park and the Glacial Cirques of Urbión. | Shutterstock

The black lagoon gets its name from the characteristic water of the area. Because of its dark colour it may seem like a gloomy scene. But this is far from the truth. It gets this shade because it is set between high granite walls and pine forests. Although its legends tinge the place with mystery, it is a magnet for visitors who come to be impressed by the views.

The keys of the black lagoon

Being a park of glacial origin, the majesty of the landscape increases in the coldest months of the year. Nature is decked out in winter clothing and is seen all white due to the snow. In the summer months it looks very different. On the first weekend in August, the now well-established black lagoon’s swimming crossing is held, in which swimmers from all over the region travel to the site to swim from the inside. 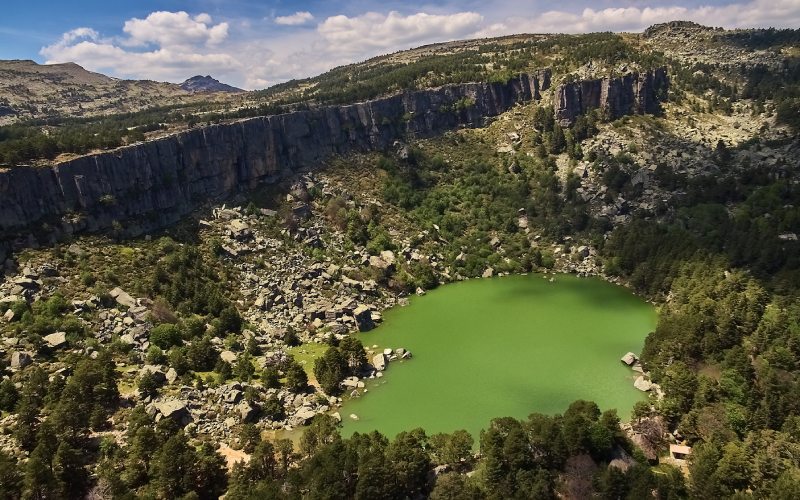 Views of the Natural Park and the Black Lagoon. | Shutterstock

Despite being surrounded by an exquisite environment, water is still the undisputed protagonist of this weekend getaway. There are many legends about what is really hidden under the thin, dark layer of water that can be seen. The myths that speak of it claim that it is an infinite lagoon. Other legends even claim that the water is actually connected to other places through underwater caves. 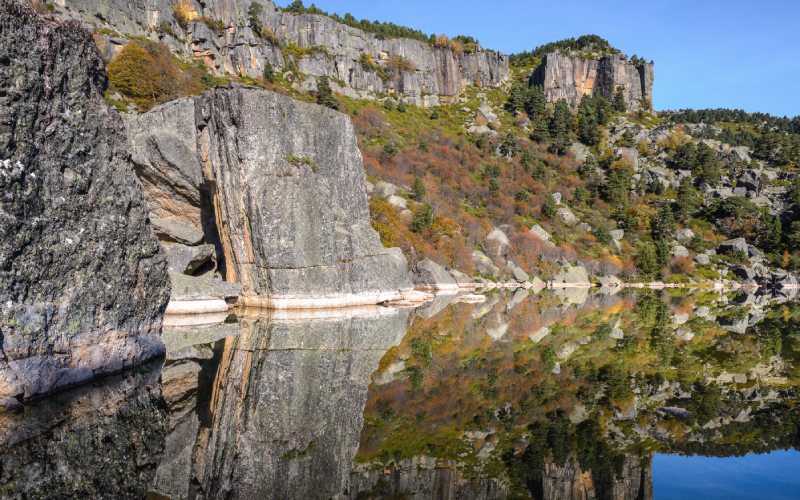 Views of the Black Lagoon. | Shutterstock

This was even picked up by one of the representatives of the Generation of ’98, Antonio Machado, with his La tierra de Alvargonzález. A story-legend set in this place and published in the collection of poems Campos de Castilla. The plot revolves around a murder and a corpse that ends up thrown into the waters of the protagonist. Later, the fiction became more fiction and was adapted and taken to the big screen.

Spots near the black lagoon

The verses quoted above by Machado are present in this weekend getaway thanks to a plaque. Nailed to the rock and overlooking the landscape with the water in the background, you can see the writer’s words, which give the Alvargonzález route its name. A route that can be followed today recreates the route that the writer himself took to the place and which inspired him for his work. A perfect route to get to know the park and connect with the black lagoon and its legends. 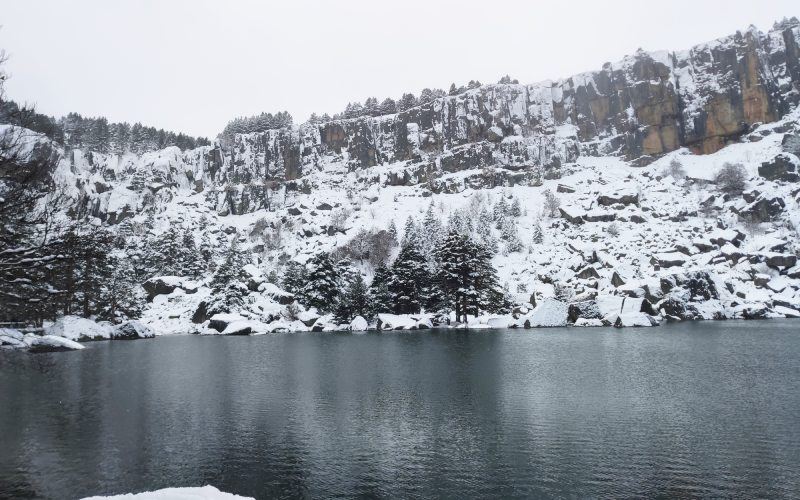 Views of the snow-capped Black Lagoon in winter. | Shutterstock

The park and the lagoon can be accessed by car, although with certain limitations. Depending on the weather and the season of the year you wish to visit, you may be able to go up more or less by car. In the busy summer months, the vehicle must be parked in the car park known as “Paso de la Serrá”. From this point, there are two options. The first is to walk there, and the second is to pay for a bus that leaves from the car park and takes you to the lake.

Enigma and beauty at the same time, that is why it is our weekend getaway

Beauty that will hardly leave any visitor indifferent, it is a great inspiration for artists. It is also the protagonist of all kinds of stories in which one element always stands out: its water. Such is the main component of the landscape, a sign of identity that began as ‘transparent and mute’ and has ended up dark, seducing with its charm. In the heart of the natural park of the city of Soria, the black lagoon serves to flood anyone with feelings.

Castile and León, lagoon, natural environment, natural parks, Soria
It may interest you...