The village that the Spanish writer Gabriel Miró fell in love with is one of the most picturesque of the Costa Blanca. Polop de la Marina sumps up the essence of the Mediterranean coast in its cobbled streets and slopes. Halfway between Altea and Guadalest, in the Marina Baja region, is Polop, one of the most beautiful mountain villages in the province of Alicante.

A journey through the history of Polop 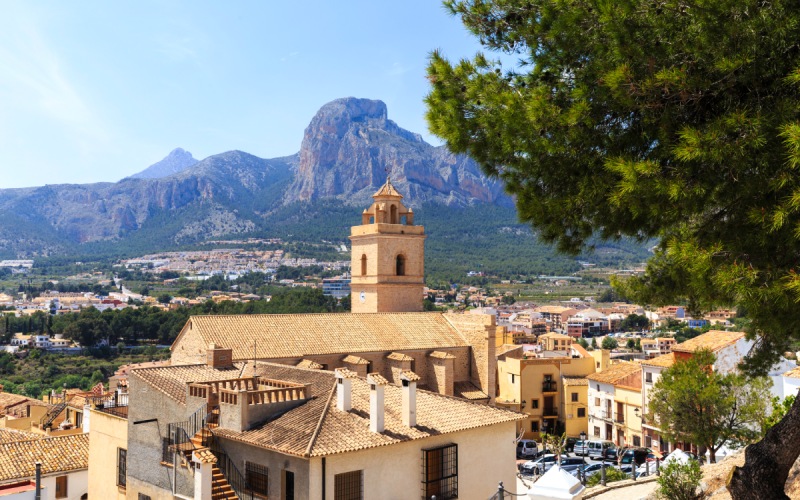 Polop was a strategic point for the ancestors. A privileged place of passage where there were, which approached the Alicante mountains with the trade of the Mediterranean coast. And, precisely for this reason, it was witness to disputes and struggles since Iberian times. Its imposing castle is considered one of the safest and most powerful fortresses for defense that existed at that time.

The tireless battle for the castle 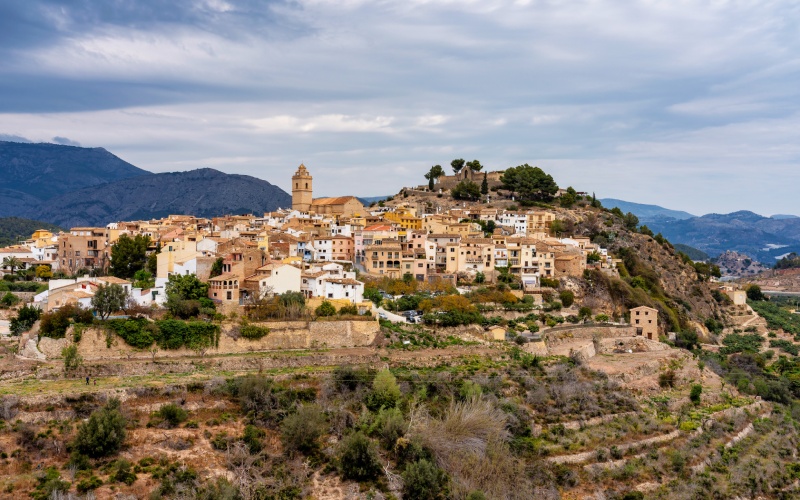 Views of the hill crowned by the castle. | Shutterstock

Built between the 12th and 13th centuries by the Muslims, this castle was a cause of struggle for a long time due to its great strategic value. It also served as a refuge for Christians during the revolts of the 17th century and a cemetery was built next to it as a result of the prohibition of burials in churches in the 19th century. Today, these two historical jewels are ideal for breathing in the history of Polop and enjoying privileged views from the medieval wall.

The path along the cobbled street that goes down from the castle to the square of the Church of San Pedro is one of the biggest attractions of Polop. When winter comes to an end and spring appears, the flowering of the almond trees gives us a visual spectacle that can be enjoyed walking through the streets of this small town in Alicante. 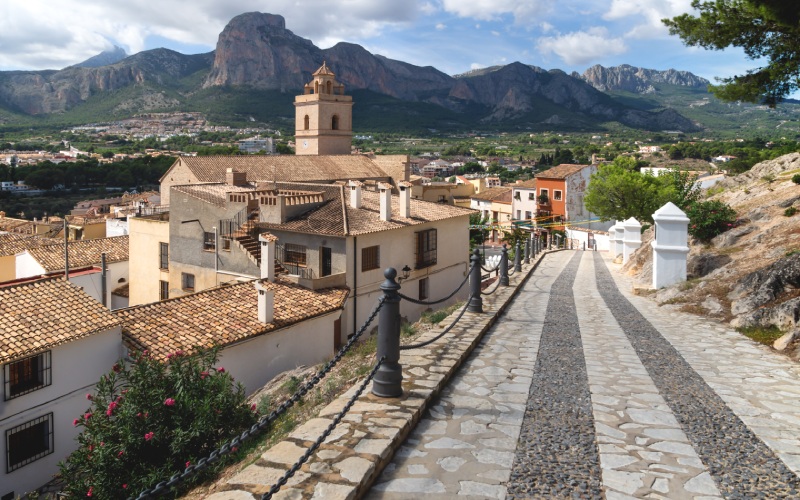 The Valencian Community has many hidden treasures to discover. Undoubtedly, one of them is Polop de la Marina, a town that may go unnoticed by many, but that harbors a lot of charm. Scenery of battles and history, Polop should not be missing in the cultural travel guides for the interior of the Valencian Community. 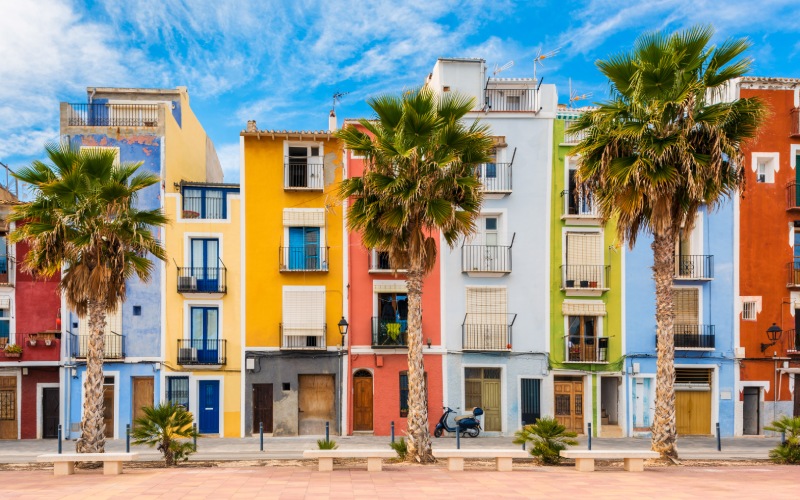 A visit to this area of the Valencian Community can not fail to include Altea, one of the most visited white villages in Spain and located just 10 kilometers from Polop de la Marina. The colorful Villajoyosa is also very close to it, about 20 kilometers away, and is a must-see if you want to know the charms of the Alicante villages and smell of chocolate.