The castle of San Vicente de la Barquera, also known as the King’s castle, is located in this beautiful town in Cantabria. It is located in the Natural Park of Oyambre, next to the marshes of the Rubín estuary and the Pombo estuary. In addition, if you look in the distance, you can see the Picos de Europa. It is a spectacular enclave that makes this fortress a must-see place.

A castle on the heights

The castle of the King is located in the old town of San Vicente de la Barquera. It has been declared an Asset of Cultural Interest in Cantabria, so a visit is highly recommended. It is now used as a museum and exhibition hall, and can be visited inside. 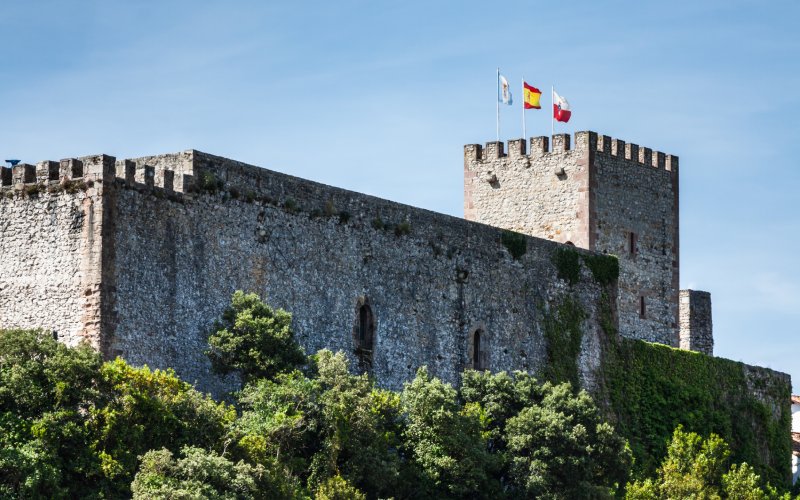 Talking a bit about its history, although its walls date back to the 13th century, it is believed that the building was built during the repopulation of Alfonso I of Asturias, around the 8th century. In the 15th century, the military tower and walls were added for military purposes, where the Provost’s gate and the one located behind the church of Santa María de los Ángeles are still preserved. However, the north side is completely uncovered to possible attacks. The last thing that has been touched was in the 90s of the last century, when it was restored. 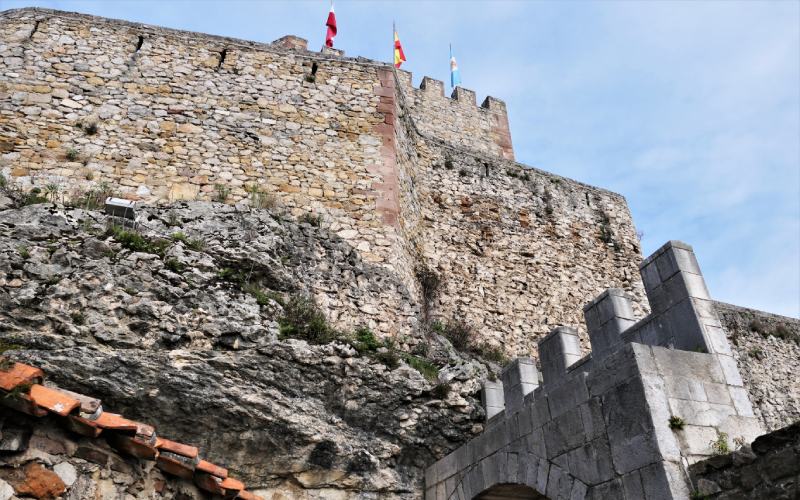 The castle of San Vicente de la Barquera has quite discreet dimensions, measuring about 54 meters long and about 20 meters wide. It is important to note that the fortress rises on a rock formation. This makes the construction look much more imposing, now before its visitors and in its time before possible invaders. Likewise, its plan is irregular because it adapts to the shapes of the relief.

An example of defensive architecture

As a good defensive building, its materials were iron, its walls and battlements had a great thickness and the few openings they had made it a totally unconquerable castle. So much so that the Catholic Monarchs decided to transform it into a prison for a few years. Undoubtedly, it is one of the great examples of defensive architecture in Cantabria. 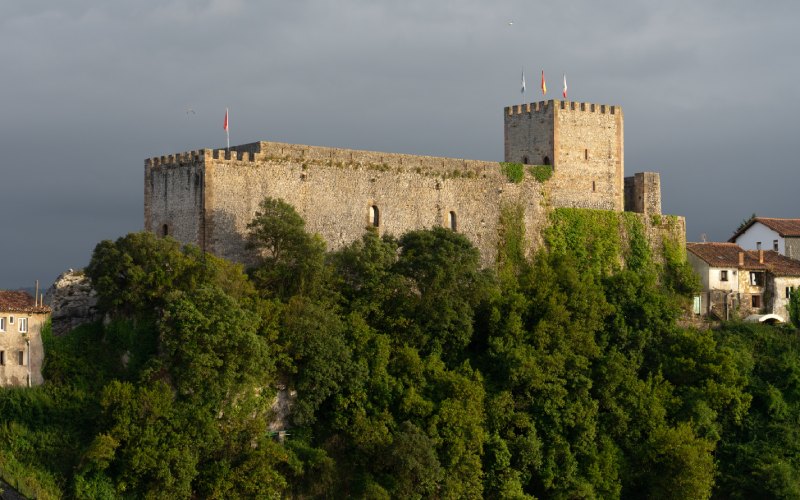 The King’s castle was small but mighty | Shutterstock

In addition, it is worth noting that the castle of San Vicente de la Barquera had a barrel vault that no longer exists, as it collapsed in the 16th century. As for its construction materials, masonry and ashlar are the protagonists. Finally, it has two towers, a square tower to the east and a pentagon-shaped keep to the west. Both have walls two and a half meters thick, which gives an idea of the security of the fortress. Also, it should be mentioned that the set boasts a great state of preservation in some of its parts, something complicated in buildings of this era. Proof of this is that inside there is an inhabited room.

Views that are hard to match

Now, the castle can be visited, so it is advisable to see it inside. It is possible to imagine what it was like to defend such a fortress while walking through its walled area. In addition, enjoying the spectacular views of the Bay of San Vicente and the village is one of the greatest pleasures in San Vicente de la Barquera. The views are 360 degrees, so it is worth the climb to observe all the details. 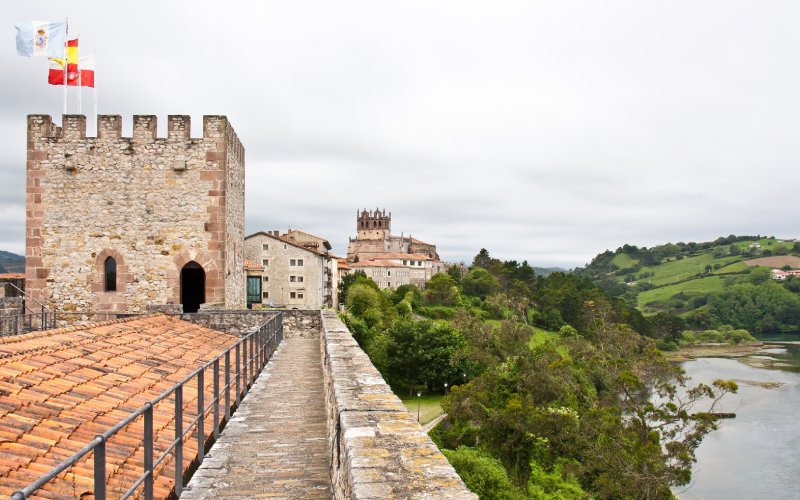 Inside the castle you can also see an exhibition with models of ships and the village in medieval times. Also, some objects on display, such as cannons, daggers and manuscripts. Pieces that serve to better understand the society of the Middle Ages in San Vicente de la Barquera. 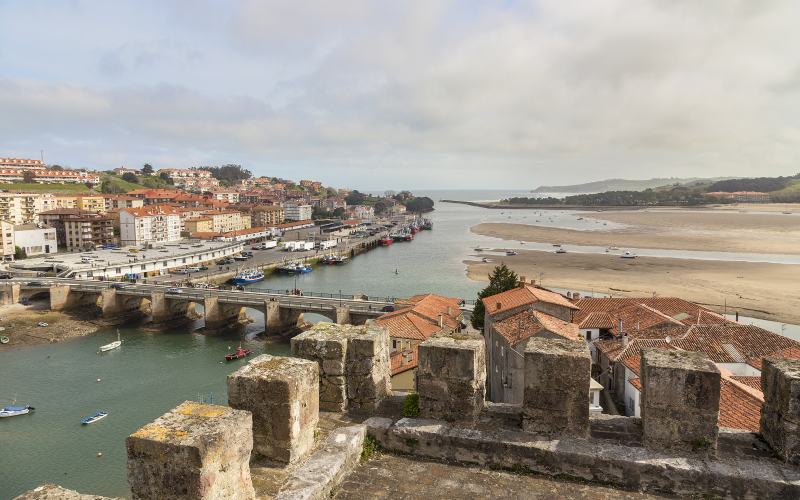 To reach it you have to climb up some steep streets, which makes you imagine what it was like when the Normans or the Vikings landed in its port with the aim of invading the town. Of course it must have been complicated, not only because of the defensive characteristics of the castle, but also because of its location at the top of the village.

One of the best aspects of the King’s castle is that it is located in San Vicente de la Barquera, one of those ideal villages for those who cannot decide between sea or mountain, because you have both worlds in the same place. It is a village with a long fishing tradition that is dedicated, above all, to inshore fishing and the canning industry. As it is logical to think, San Vicente de la Barquera is an ideal destination to enjoy fresh fish in one of its restaurants. Sorropotun is the star dish of the town, where the bonito has the leading role. 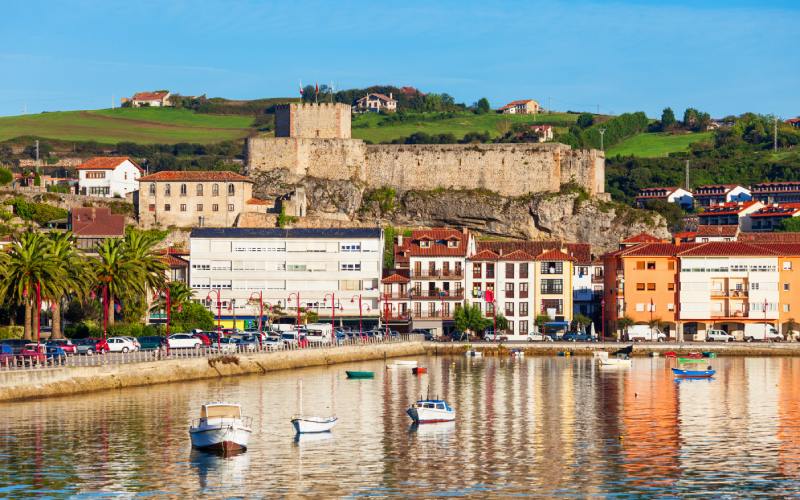 In addition to the castle, another of its attractive monuments is the Maza bridge, which has 28 spans and was ordered to be built by the Catholic Monarchs in the 15th century. Also interesting are the ruins of the convent and church of San Luis, where it is believed that Charles V stayed when he arrived in Spain. Finally, do not miss the Church of Santa María de los Ángeles, of mountain gothic style and pointed vaults. 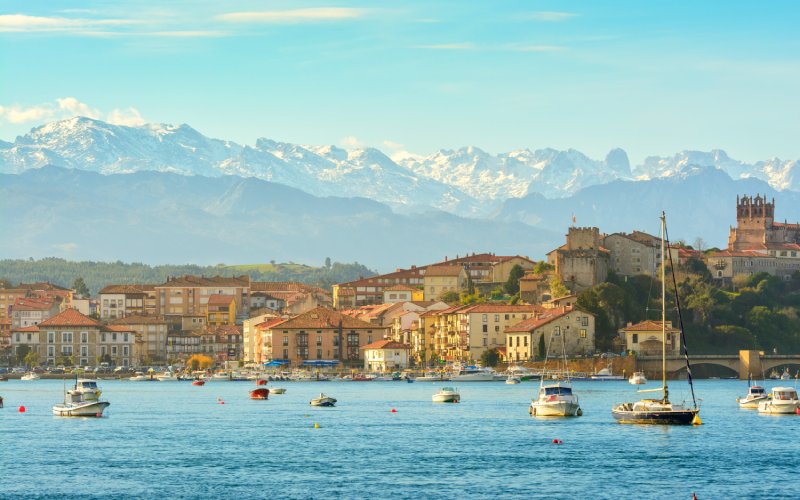 For those who like to swim and lie in the sun, in San Vicente de la Barquera you can also go to the beach, specifically to the sandy beaches of San Vicente and Merón. And if not, a short walk along the promenade is most pleasant while watching the characteristic boats of this coastal villages. If you want to stay more than a day, it is a very touristy destination, so it has a wide variety of accommodations. In conclusion, the King’s Castle is a fortress that all lovers of these imposing structures should visit. At the same time, it is one of the most remarkable landmarks of this already beautiful Cantabrian village.