The Visigoths have an aura of mystery and exoticism that has been maintained over the centuries. One of the main reasons for this was that their rule in the Iberian Peninsula left a rather faint trace in the monumental aspect. Few works have been preserved from which this Gothic people arose. However, the ones that remain are very much appreciated. San Juan de Baños, in Baños de Cerrato and very close to the capital Palencia, is one of them. A temple that claims to be the oldest preserved more or less complete and whose architecture, at least a good part, dates back to the distant 7th century. 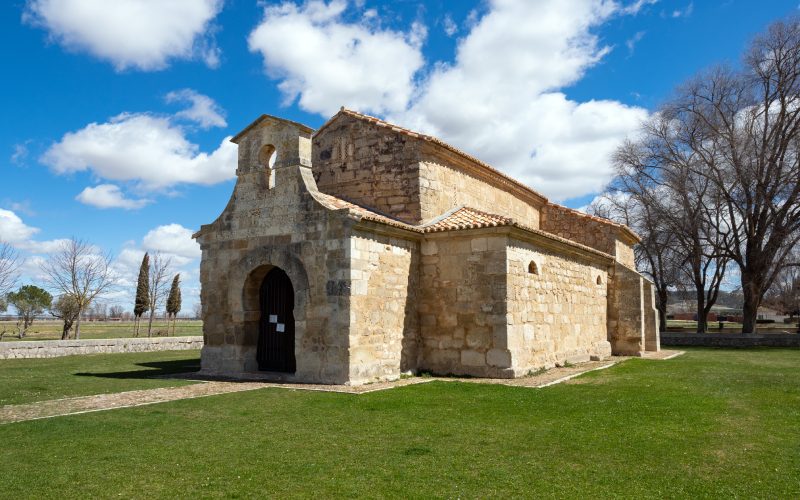 San Juan de Baños is one of the oldest churches in Spain. | Shutterstock

Although it has many remarkable elements, the largest of these is a stone slab. The Palencia temple shows a replica, as the original is in the National Archaeological Museum in Madrid. It contains an inscription in Macaronic Latin, which indicates the date of construction of the church. It reads as follows: “Forerunner of the Lord, martyr John the Baptist owns this seat, built as an eternal gift which I myself, King Recesvinto, devotee and lover of your name, dedicated to you in his own right, in the third year, after the tenth, as an illustrious companion of the kingdom, in the Era, six hundred and ninety-nine”. 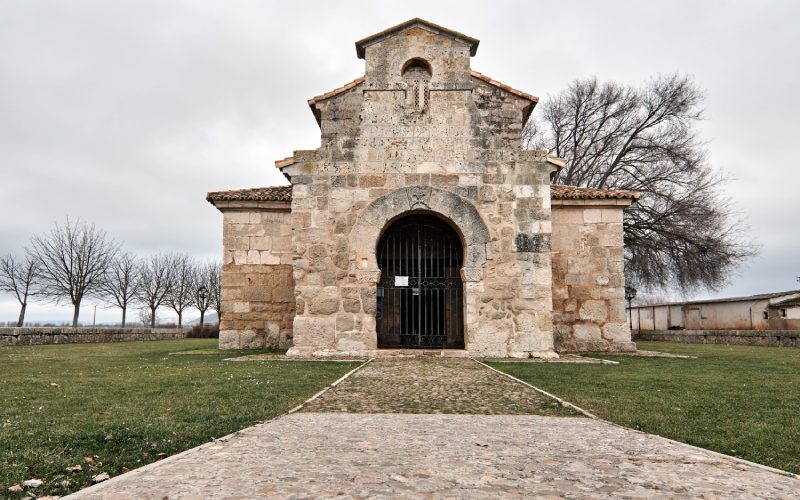 The last date given by this tombstone is 661. It was then that San Juan de Baños was built. A precision that is almost impossible in other places, such as Santa Lucía del Trampal in Extremadura or San Pedro de la Nave in Zamora. Hence its tremendous historical importance. Not in vain, it is the justification for the fact that this royal church, which has become a hermitage over the centuries, is considered to be the oldest in the country. It also conserves to a great extent its Visigothic features, another rara avis.

According to tradition, it was a miracle that led to the construction of the temple. Recesvinto returned to his possessions through the Gothic fields after fighting against the Basques. He then found himself ill, but the local medicinal waters helped him to recover. Grateful, he decided to raise San Juan de Baños. A somewhat dreamy vision, but one that corresponds in part to a landmark that will be seen later, the San Juan fountain. Be that as it may, the fact is that the monarch made the church a reality. 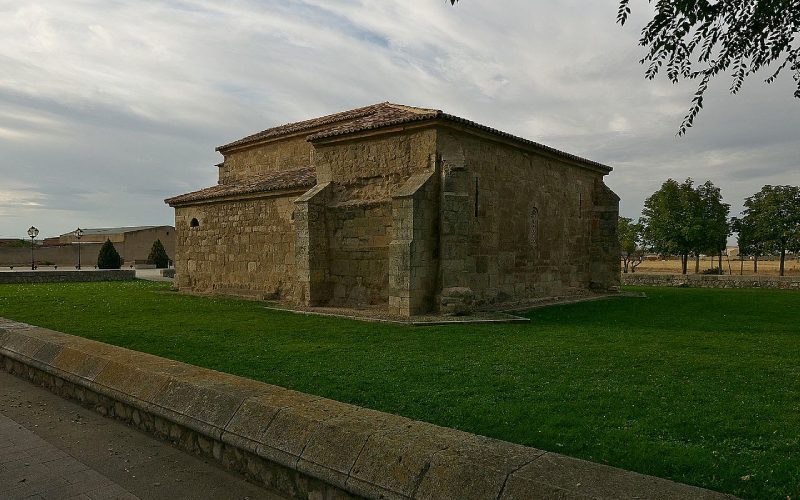 Like most buildings of its kind, San Juan de Baños almost disappeared. It was in the 19th century, after a period of abandonment from which it was rescued in extremis. This is where the belfry on its main front comes from. However, despite other additions from the Gothic period, the Visigothic aspect remains prominent in the temple. This allows it to be considered one of the best examples of churches of its kind in the whole country.

The aforementioned façade shows a large entrance in the form of a portal. On the outside there is a horseshoe arch, the proportions of which confirm its Visigothic construction. This is made up of several sections called voussoirs. A frieze was carved on the outside of the arch and on the lower supports. In both cases the sculpted motifs are directly associated with the culture that created them. In fact, they can be compared to the decorations on jewels such as the Recesvinto crown on the Guarrazar treasure. A copy of this precious piece hangs in the apse of San Juan de Baños. 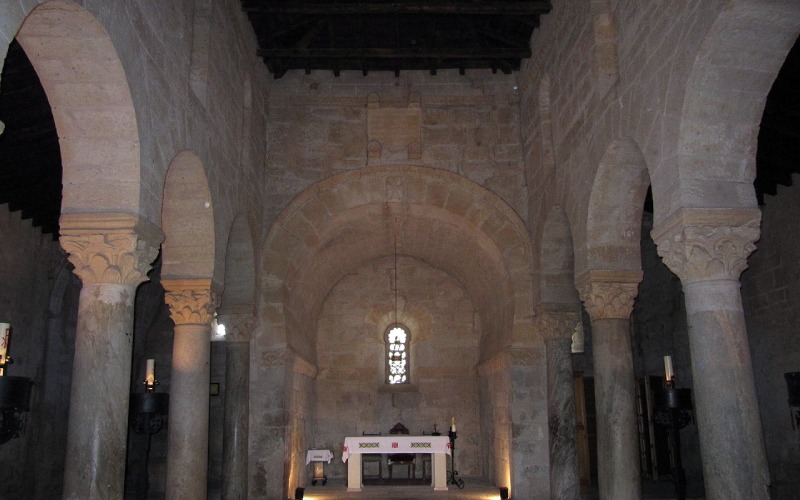 Apse of San Juan de Baños with the replica of the Recesvinto votive crown. | Wikimedia

After leaving the porch and the entrance door, with lintel, you enter the naves. Here the double archway that divides the floor into three naves is striking. Again, these are horseshoe arches that support four columns on each side. The body of these is made of marble, believed to be of Roman origin. An extraordinary Corinthian capital with plant motifs, late Roman as its predecessor, was also recycled. The rest are considered Visigothic and follow the same style, although with a lower technical quality. Like a basilica, the main floor is trapezoidal in shape, narrower at the eastern end.

As in Santa Lucía del Trampal, the head is a distinctive Visigothic feature. It is preceded by a transept, as in the Extremaduran temple, and followed by a triple apse. Originally the terna was separate and totally independent. In the Gothic period, however, the sides were integrated in the form of a chapel. The central one, however, shows its primordial aspect. It is a rectangular space with a barrel vault and a window with a central horseshoe arch, whose Gothic latticework has been reconstructed. The triumphal arch that gives way to the space and forms the vaulted covering is also horseshoe. Like the portal, it is decorated with borders and above it is a plaque that dates the whole building. 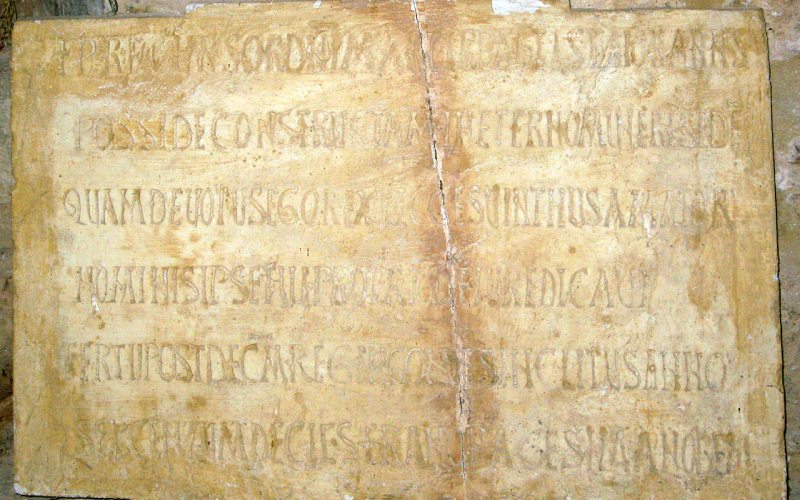 Tombstone with the foundation inscription. | Wikimedia

Friezes and imposts, many reused from Roman remains, decorate the interior of the church. It is worth noting the loophole windows and, above all, the horseshoe arches that bring light to the whole. Several modifications were made in the Gothic style centuries after the church was built. The most notable is the one that affected the side apses. Its vaults became ribbed. Meanwhile, the roof was also modified, with a gable roof. 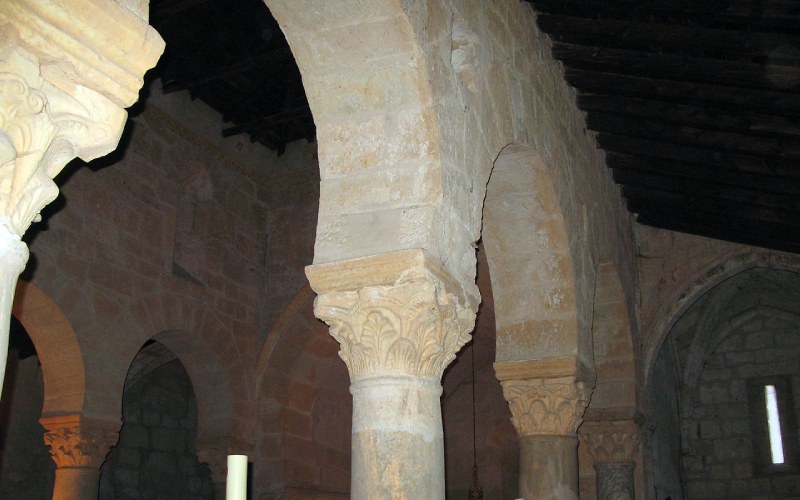 San Juan fountain, from a Roman spa to a miraculous landmark

Next to the church of San Juan de Baños de Cerrato there is another landmark associated with it that is also of great interest. This is the San Juan fountain. The structure that can be seen today is believed to date back to the time of the Christian temple. The spring would have been the one that cured Recesvinto, which led to its improvement. Its flow falls into a tank protected by a cover that opens in two steps. These were executed as horseshoe arches. 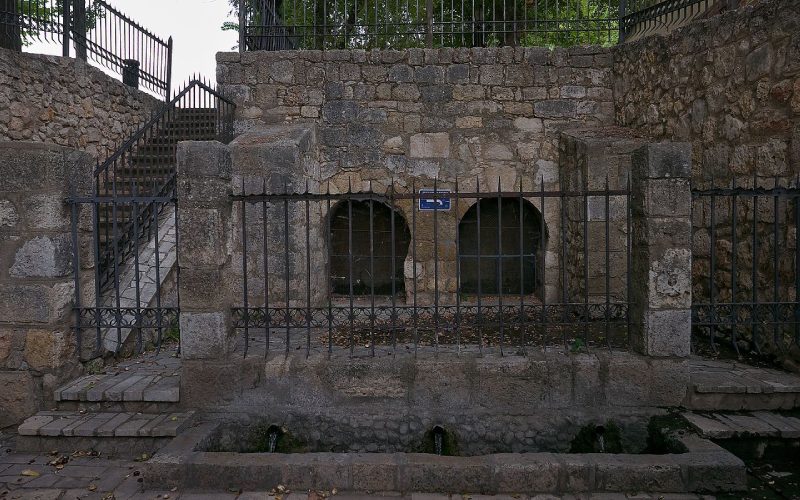 But before the wanderings of the Goths and their consecration to St. John the Baptist, the spring was already a busy place. Since Roman times, the curative nature of the waters led to the creation of a thermal complex around it. For example, part of a cistern is integrated into the spring itself. Pieces such as an ara dedicated to the nymphs of the place are kept in the MAN in Madrid. There was also a temple in which Aesculapius, the god of medicine, was worshipped. Material for the church, such as the famous Corinthian capital or the columns, would have been extracted from them.

Castile and León, churches, fountains, Middle Ages, Palencia
It may interest you...