Hard soil, black rock, high mountains and deep cliffs. This is the area of the black villages. An isolated territory of the Serranía from Guadalajara where incredible corners await for those who are not afraid of narrow roads. There zigzags, guarding the Jaramillo river, the Chinese wall of Guadalajara. A winding road is surrounded by huge stone slabs that seem purposely arranged to make the way impossible. Always silent, this place seems to be undisturbed, watching the vultures that fly over it in search of something to eat. 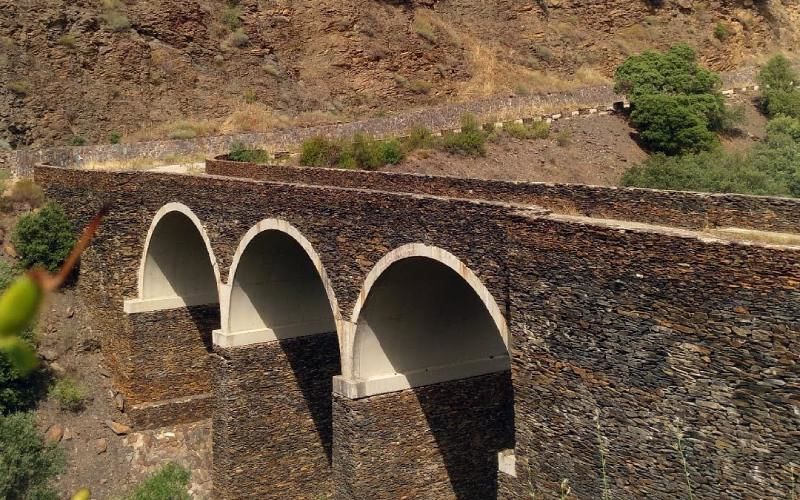 Bridge of the Chinese wall of Guadalajara | Own source

Road and rock united in a great landscape

The panoramic views of the small Chinese wall between Corralejo and Roblelacasa are spectacular. The denomination fits so much by two ways. First there is the road that goes up and down to Jaramillo. Horseshoes and huge slopes fall shamelessly to a bridge with an older appearance than the structure is. It dates from the last quarter of the last century. Its surroundings offer a place to stop the car or turn around. Also a test to overcome vertigo watching the river course from the safety of its barrier.

But the Chinese wall comes from the protections that this way possesses. How could it be otherwise they are made with slate, what is unique about this place. Its appearance makes the whole path simulates a defensive perimeter. The very wide slope with which each segment of this road is twisted reinforces this resemblance with the walls. 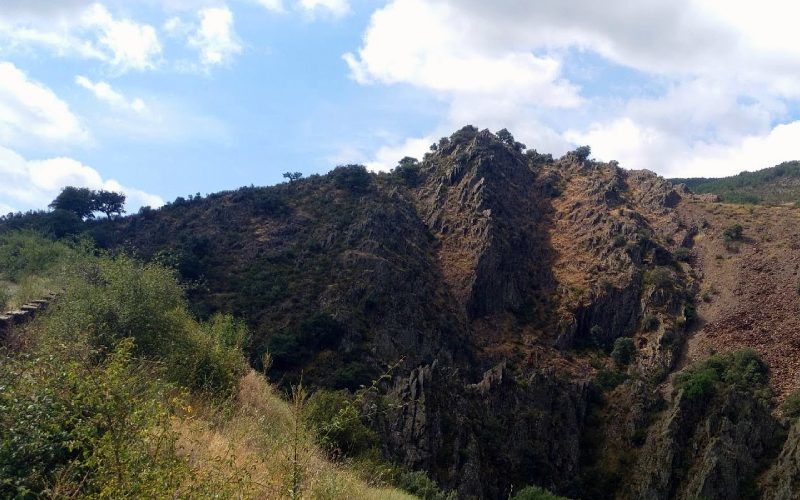 Cliffs of the Chinese wall of Guadalajara | Own source

But there are other elements that also look like real walls and these are more natural. These are the vertical stone outcrops that surround the road. Although they do not reach the order imposed by the tectonic plates that can be seen in their homonym of Finestres, a certain mural character can be appreciated. The rocks, dark, rise in sections quite parallel and reinforce its defensive feeling.

A small corner surrounded by attractions

Whether you are on the western or eastern slope of the Chinese wall of Guadalajara you will find elements of great interest to observe. To the west is Roblelacasa and Campillo de Ranas. On this side, just before going down to Jaramillo, you can walk through the remains of a village that died out. Remains of walls, perimeters of structures and houses that still want to remain standing. All among trees and grass. An environment that could perfectly be confused with that of a cemetery. 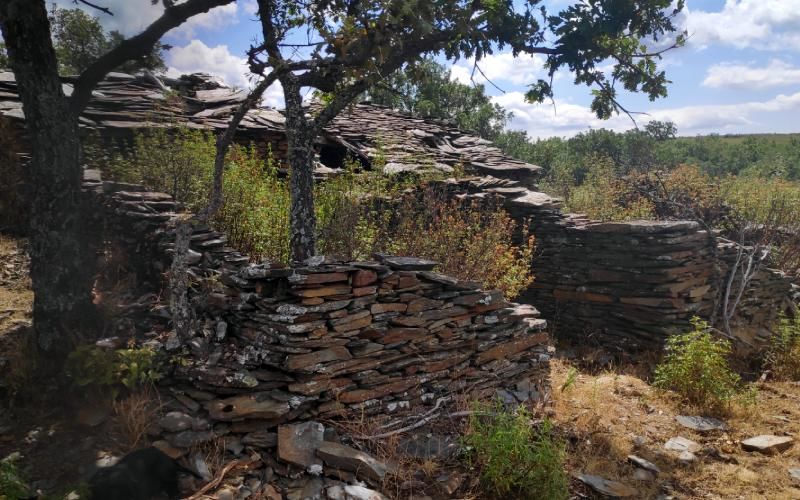 Ruins of a house in the black villages | Own source

Luckily, Roblelacasa, Campillo de Ranas, Majaelrayo or Robleluengo offer some more vitality. The Ocejón, of course, remains in the background as the lighthouse that it is. A mountain whose ascent from this slope is extremely beautiful in autumn. A less ambitious but equally beautiful alternative when there is water are the Aljibe waterfalls, accessible from Roblelacasa. In any case, there are many local hiking trails and even a GR that goes around Valverde de los Arroyos and Tamajón. 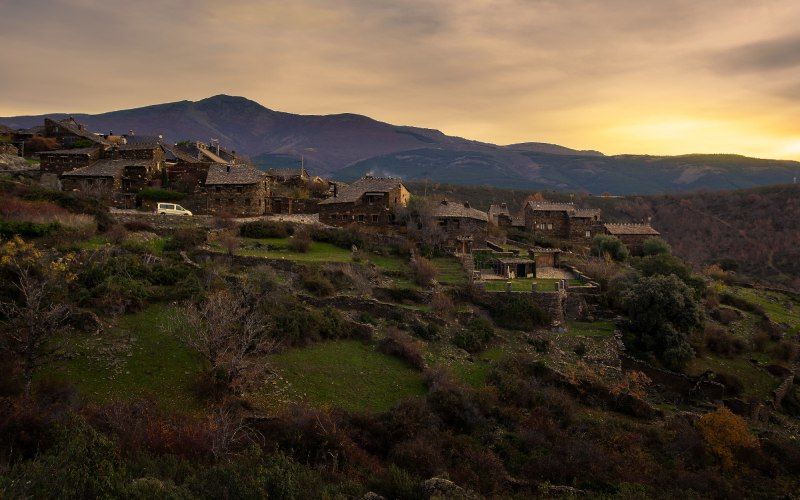 If instead you are on the other side of the Chinese wall the references are Corralejo and a little further away Colmenar de la Sierra. Both are also very typical of the area. Before finishing the ascent of the road named in the article you can make a stop at a bend and watch the vultures. A spectacle that only requires patience on most occasions. Anyway, having seen these majestic birds, the only thing left to do is to go to one of the local restaurants to eat migas or a good roast young goat. After all, the classics usually do not fail.