In any season of the year, the valleys of Spain are charming places to rest and spend your holidays. Wooded and river areas with a spectacular appearance that invites you to enjoy dreamy landscapes all over the country. This is why we offer you this list of the 13 valleys of Spain to get away from the hustle and bustle of the city. Spaces of great beauty that go from Ordesa to the Picos de Europa, through Malaga and the surroundings of Guadarrama in Madrid. 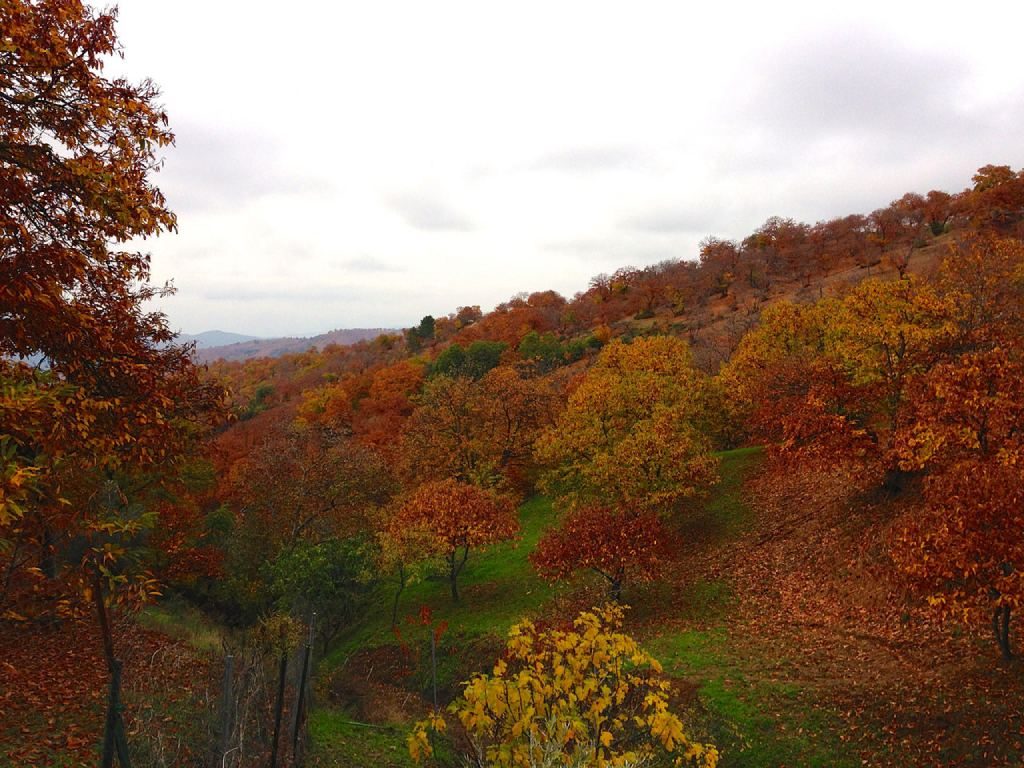 At the southern point of the Iberian Peninsula awaits the Genal Valley. It originates in the Sierra de Ronda, specifically in Igualeja. On its way to the Guadiaro, it leaves beautiful pictures of chestnut trees, which are the ones that provide the classic ochre palette in autumn. As a complement, a multitude of cliffs gives the winding and somber route of this valley of Malaga a touch of mystery. 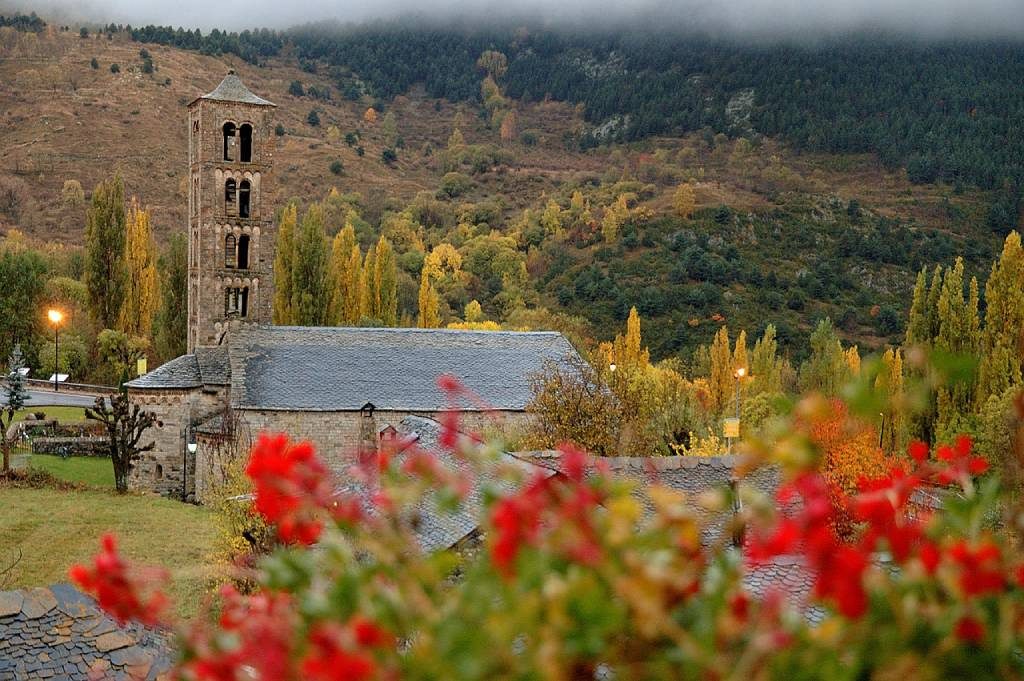 The region of the Alta Ribagorza is where this space associated with the river Noguera de Tor is located. Once again it is in the Pyrenees, in this case in Lleida, very close to the also famous Aran Valley. It is an ideal place for an autumn getaway thanks to its combination of fertile land and mountains. Its glacial origin means that the slopes are great and it has many small lakes.

The Vall de Sant Martí and the Vall de Sant Nicolau are part of the complex also known as the Vall del Bohí. Both share the beauty with the main one. In all of them, there is also a great architectural richness. The predominant style in their religious structures is Lombard Romanesque, such as that of Santa Eulalia de Erill-la-Vall. As if this were not enough, Vall de Boí is part of the impressive Aigüestortes i Estany de Sant Maurici National Park. 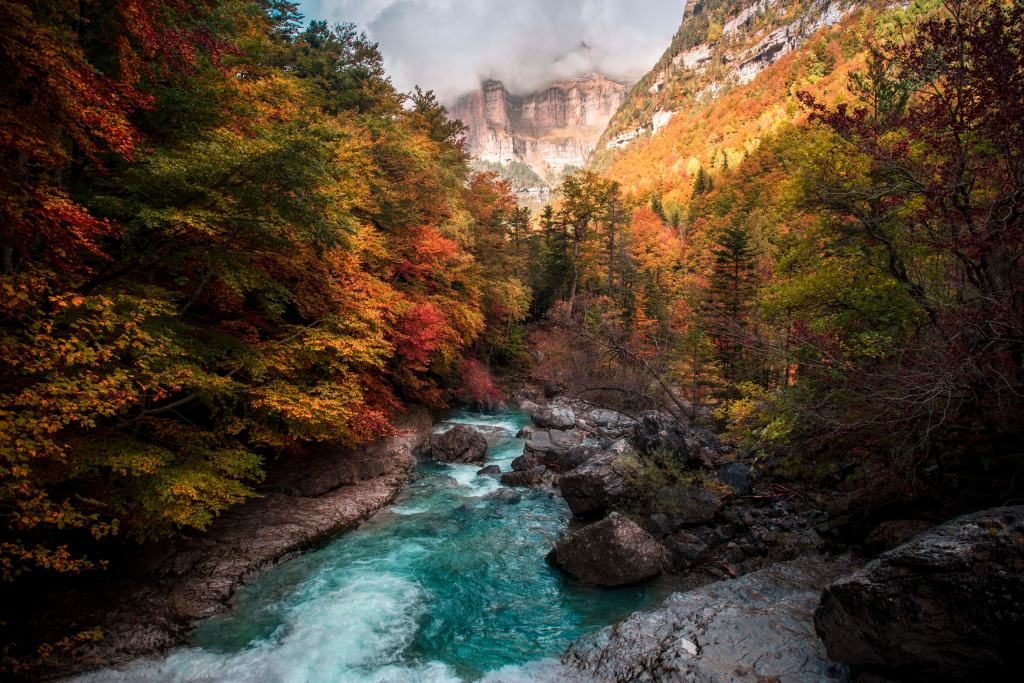 Ordesa has one of the most beautiful valleys in Spain. | Shutterstock

The Arazas River forms one of the most spectacular enclaves in the country. This is the Ordesa Valley, in the Ordesa and Monte Perdido National Park. It is precisely from the latter that the waters of this waterway flow. On its way, an incomparable union of mountain massifs and exuberant vegetation unfolds. Such an environment coloured in ochre is the perfect protagonist for a trip. Torla or Fanlo can be used as a base.

The nearby valleys of Añisclo, Pineta and Escuaín are also part of the National Park. However, it was the Ordesa valley that motivated its creation in 1918. An idyllic place to enjoy beech forests, waterfalls and mountains. The Pyrenees in their purest form. 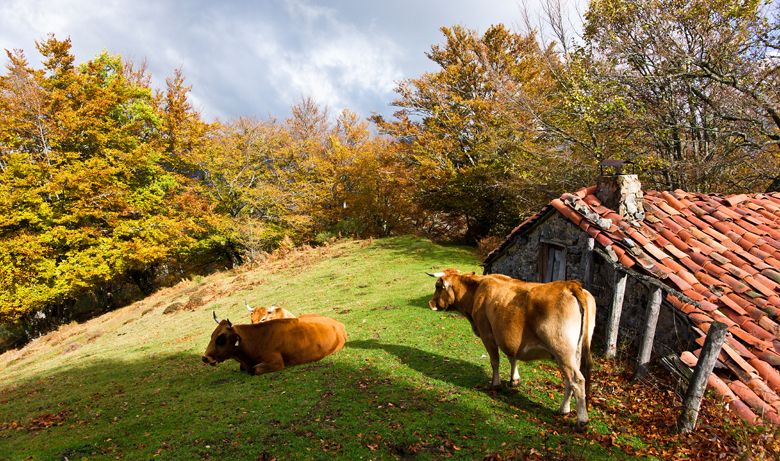 The next of Spain’s most beautiful valleys is in the Principality of Asturias. This is the valley of the river Medio. As on previous occasions, beech and oak trees make this area stand out from September. It is the heart of the Redes Natural Park, and the routes to get to know it start in Orlé. There are different routes, such as the linear that reaches Pendones. In any case, the landscape combines traditional livestock, large meadows, vegetation and mountains. 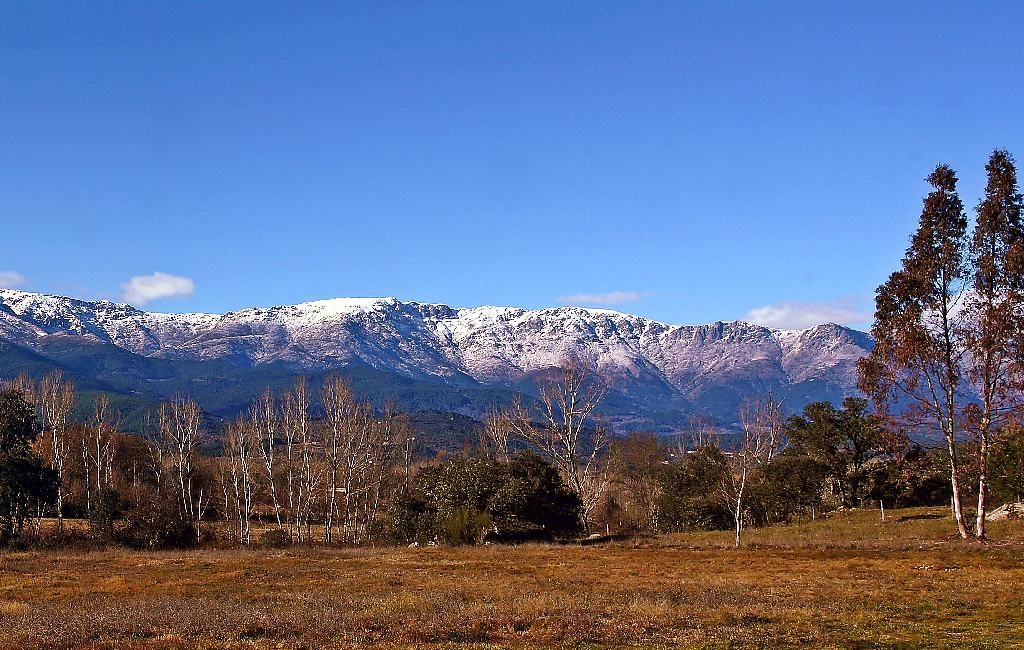 Tiétar Valley, one of the most beautiful valleys in Spain. | Shutterstock

The Sierra de Gredos protects the next one from the most beautiful valleys in Spain. Thanks to this the temperatures are more benign. Arenas de San Pedro serves as the capital of this region of Avila, and other towns such as Candeleda also stand out. Although the low areas descend to 400 metres, the peaks around them exceed 2,000 metres in several cases, for example Cerro Cabezo.

A Roman road shows that it was an important area of passage towards what today is Extremadura, very close. Because of its pleasant climate and the water provided by the Sierra de Gredos, livestock farming has always been a strong point in the area. Likewise, the towns in the Tiétar valley have remarkable buildings from different historical periods. 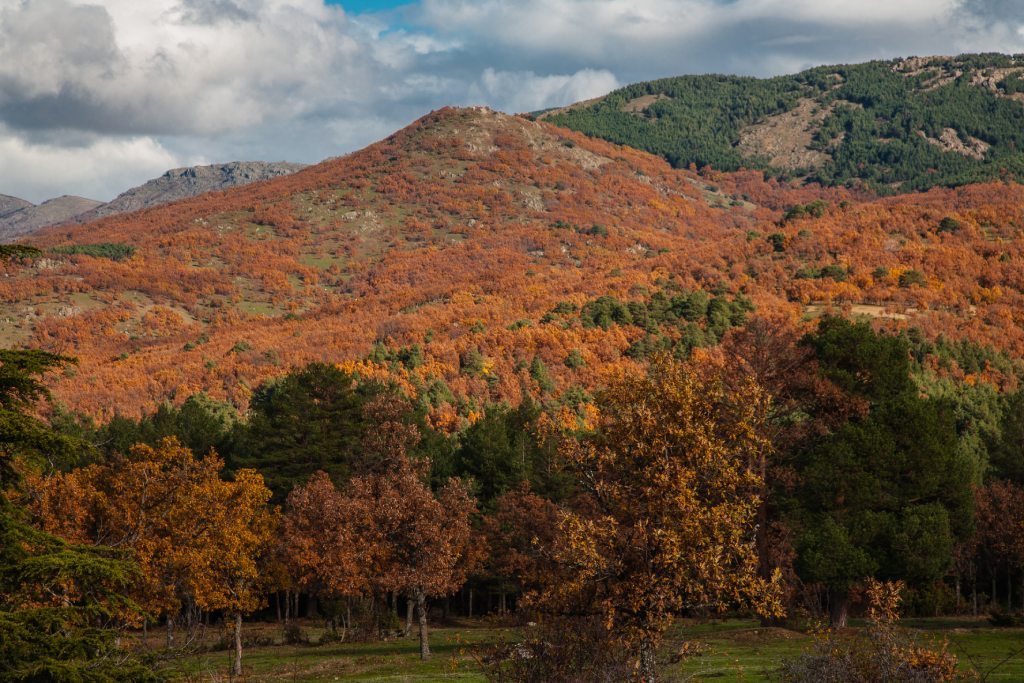 One of the most rescued and closest getaways to Madrid. The surroundings of the Lozoya Valley contain towns as beautiful as Buitrago de Lozoya. The waterway descends from the Sierra de Guadarrama to the Jarama, which it joins almost touching Guadalajara.

It is therefore a relatively large area in which there is much to see both culturally and naturally. Regarding the former, in addition to the aforementioned Buitrago, the monastery of Santa María in El Paular stands out. As for the latter, the surroundings of Peñalara and its lakes are of great beauty. Likewise, a multitude of oak woods give the necessary ochre touch. 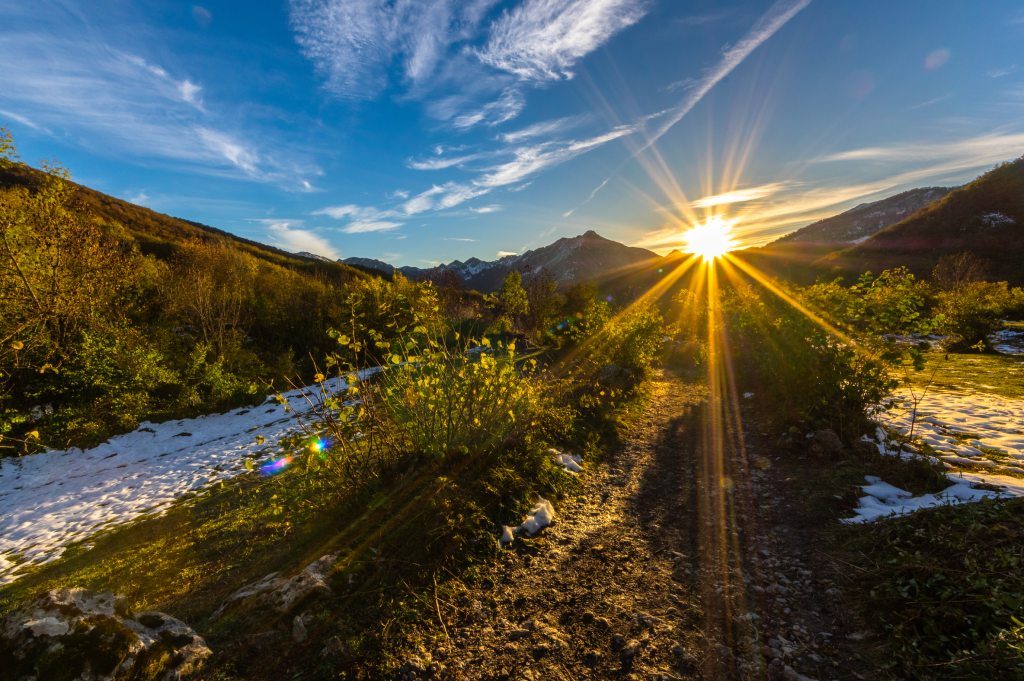 The valley of Sajambre sees the birth of the river Sella at the Fountain of the Infierno. In fact, although the toponyms seem very different they come from the same Indo-European root: Salt. This one would mean “muddy waters” and makes clear reference to the current of the waterway. To the south of the valley is the Puerto del Pontón, while to the north is the impressive Desfiladero de los Beyos, which even enters Asturias.

Oseja de Sajambre is its main town. It forms a beautiful municipality together with Pío, Ribota, Soto and Vierdes. The area is ideal for an autumn break thanks to its vegetation, which includes extensive beech and oak groves. It is also an essential part of the Picos de Europa area of León.

Another of Spain’s most beautiful valleys is in the triple frontier between France, Huesca and Navarre. Located in the latter, it is home to the highest peak in Navarre, the Mesa de los Tres Reyes. One of its main attractions is the Aztaparreta beech forest, a World Heritage Site. This forest shows its best side with the fall of the leaf. It is also part of one of the key points of the Roncal Valley, the Belagua Valley. With access from Isaba, it is the only one of glacial origin in Navarre. 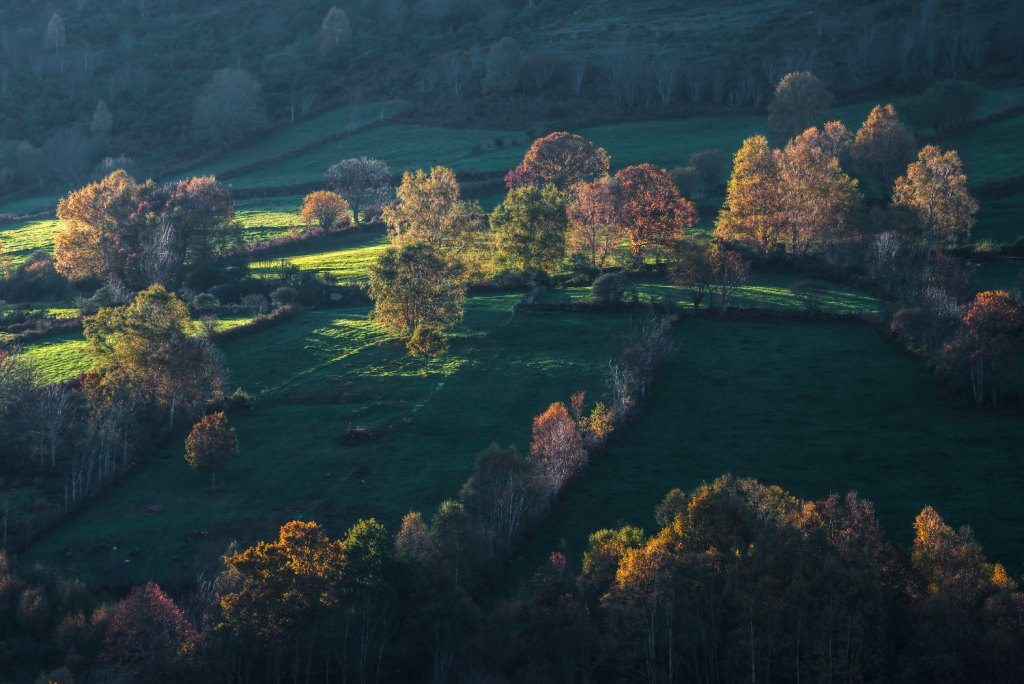 This may be the easiest space to walk through on the whole list. The reason is that the French Way to Santiago passes through it. Whether on an exclusive autumn break or as part of the pilgrimage, the paths that run through the valley of the Oribio River, later called Sarria, are perfectly marked. To walk it you have to start from Triacastela and go ahead following the signs that indicate the route through San Xil.

The paths between oaks and chestnut trees give way to lush green meadows. The slopes are gentle, so the difficulty of the route is low. Likewise, several Galician villages and towns mark out the paths, giving the possibility of resting. It is only 18 kilometres to Sarria, where nature stands out from the rest. Moreover, from this town it is easy to return to the starting point of the route by bus. For all these reasons, Oribio is one of the most recommended valleys in Spain. 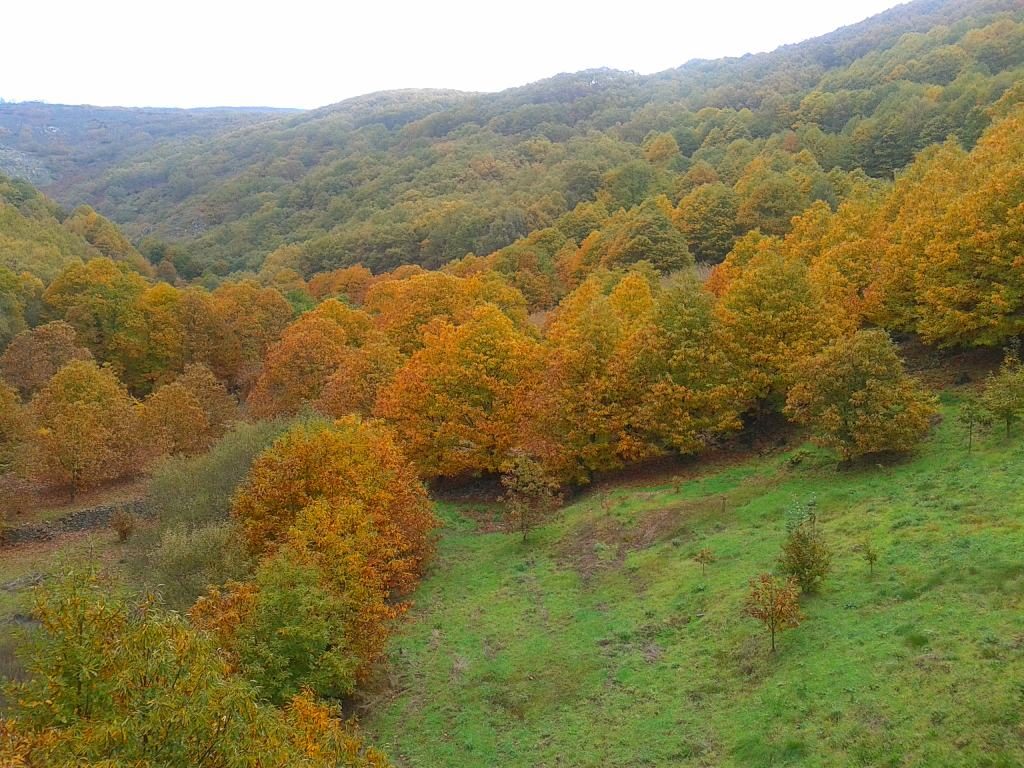 Although its fame is more spring-like, thanks to the cherry blossoms, the third season of the year is also very interesting in the Jerte Valley. The abundance of water is one of the main characteristics of this natural space. Both in the riverside and mountain areas, the green of the fruit trees changes to yellow and red. A spectacle known as “Otoñada” (Autumn) which is celebrated both in the riverside and mountain areas of the area.

The “Otoñada” takes place between October and December. The local municipalities carry out a multitude of activities related to it. Another reason why this is one of the most beautiful valleys of Spain is its intricate terrain. The gorges follow one another in a mountainous environment responsible for the valley’s “V” shape. 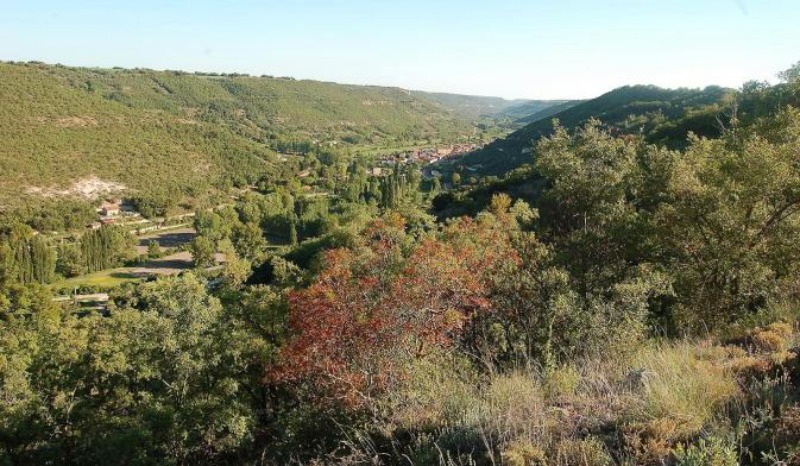 Continuing with the most beautiful valleys in Spain you have to look at Guadalajara. There you will find one of the most spectacular places at this time of year, the Ungria Valley. Its end is near the capital of Alcarria, in Lupiana. On the other hand, the river and its valley are born in Fuentes de la Alcarria, Brihuega. Along the way, there are ravines, poplars, huge cottonwood trees and villages that have grown thanks to the water and the mills of Ungría. Like a cut in the high plateaus, this unknown environment allows to know the Alcarria. 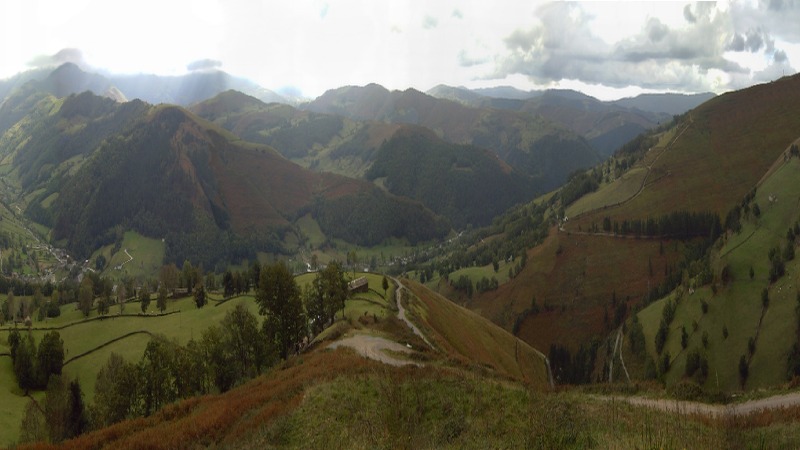 In Cantabrian lands, the Pas Valley unfolds, crossed by the river of the same name. It gave its name to the Pasiegos, shepherds who carried out short transhumance from Espinosa de los Monteros, in Burgos, to plains such as the Pas, Miera or Pisueña. They inhabited the high areas, developing a peculiar architecture in stone and culture. In the lower part there are impressive examples of Romanesque architecture, such as the Collegiate Church of Santa Cruz de Castañeda. It is advisable to avoid the rain as much as possible to enjoy the panoramic views offered by viewpoints such as La Braguía. 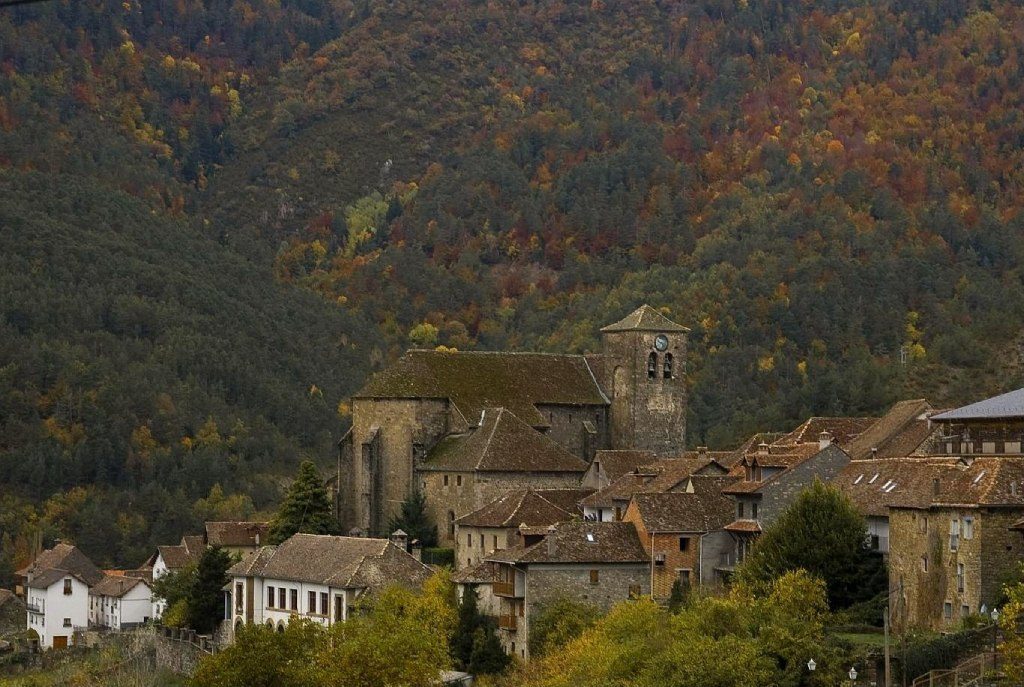 Ansó, head of the valley of the same name. | Wikimedia

The town of Ansó gives its name to the last of Spain’s most beautiful valleys. It is considered one of the most beautiful villages in Spain. Its typical Pyrenean architecture and peculiar dialect justify in themselves the trip to this isolated area. Annexed to the Roncal valley, it shares with it the Mesa de los Tres Reyes and the tribute of the three cows. Therefore, it presents a great opportunity to make a joint visit next to the Navarrese area.

natural environment
It may interest you... 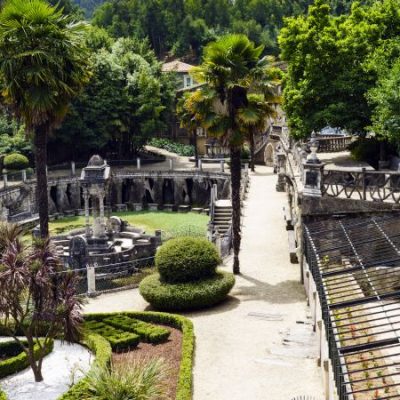 Waiting for the traveller and at the service of the… 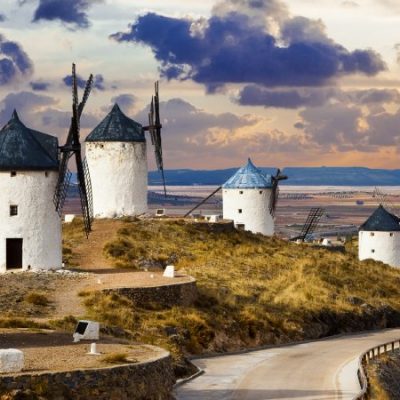 The province of Toledo offers a wide variety of plans… 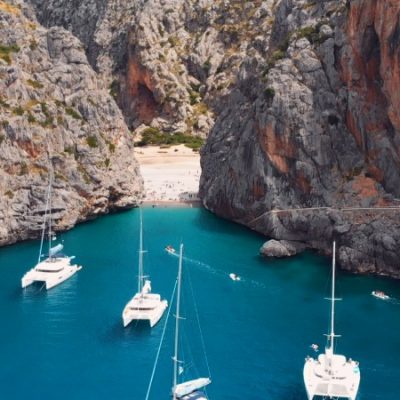 Mallorca is a natural paradise where beauty, culture and gastronomy…

Top 7 Must-See Jungles in Spain
Top 7 jungles in spain to visit, their location, access and history