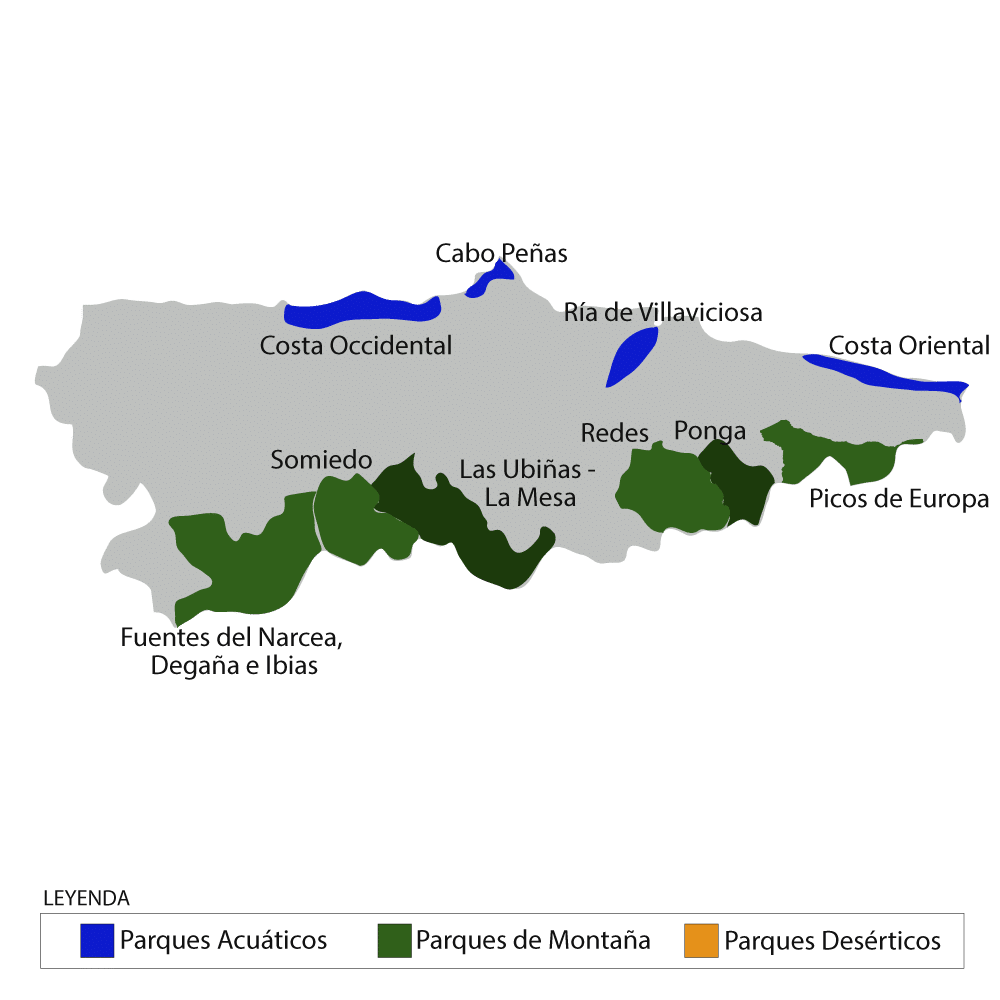 In 1918, the Government of Spain created the first National Park of Spain under the name “Covadonga Mountain.” In 1995, it was revamped as Picos de Europa National Park, expanding its territory to 64,660 hectares. Given the park’s enormity, numerous attractions, and complexity, we have decided to organize it into three separate web pages; this page is dedicated to the Picos de Europa in Asturias, while the rest of the park is presented on the pages Picos de Europa Cantabria and Picos de Europa Castile and León.

This mountainous terrain belongs to the Cantabrian Mountains and is made up of three massifs: Curnión Massif to the west, Ándara Massif to the east, and the Urrieles Massifs in the center. The greatest heights in the park are concentrated in this intermediate part, including the 2,650-meter Torre Cerredo Peak. In the parts of the Picos de Europa with higher elevations, you’ll find glacial lakes such as Enol and Ercina, while at lower heights various rivers pass through deep gorges forming large canyons and chasms. In the western section, there are the Lakes of Covadonga and Covadonga Sanctuary, two of the biggest historic landmarks in the Principality of Asturias.

The Asturian Picos de Europa can be explored by self-guided tour, following one of the several marked paths. It is also possible to take a free guided hiking tour. Reservations for these excursions should be made beforehand, unless you’re willing to risk trying to get one of the spots that are held until the day of the excursion (25% of the total spots). Another activity with a strong tradition in the Picos de Europa is canyoning.

The park is bordered to the north by highway AS-114, along which you’ll find the typical towns of Cangas de Onís and Arenas de Cabrales, which are the main places to stay overnight. During the summer months, Holy Week, and long weekends, the lakes and Covadonga can only be accessed by public transportation which leaves regularly from Cangas de Onís. 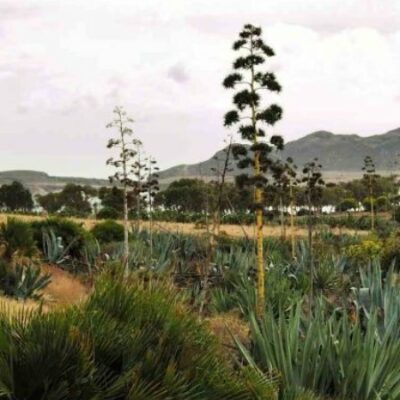