Croquettes are undoubtedly one of the most famous and curious tapas of Spanish cuisine. There are many varieties that we can find throughout our geography and many of them arose from the need to take advantage of all kinds of food remains. From the most traditional croquettes of chicken, ham, stew or puchero, we must also take into account those somewhat more recent as those of baby squid in its ink, chorizo or even salmorejo or oxtail.

Each variant has a more or less limited target audience, but if the palate is not very demanding, many will be able to enjoy all the detailed below. All of them deserve a look and a bite since they use or version ingredients and recipes rooted in our culinary tradition.

The Serrano ham ones are one of the tastiest and most traditional croquettes in Spain. There is not a family that has not seen these delicious bites at their table in our country. Probably born out of the need to take advantage of the less exquisite cuts of ham; they are nevertheless a top product when you get a creamy texture and the right proportion of ham.

Here is the recipe for Ham Croquettes 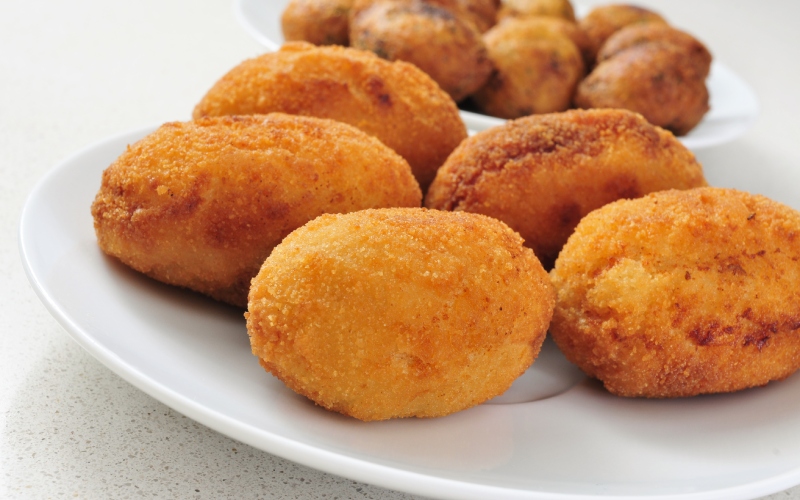 It is said that croquettes were born in the court of Louis XIV of France; being later the cook Antonin Carême who gave them their current shape and appearance. Despite its Gallic origin, Spain has undoubtedly appropriated this preparation by creating versions as succulent and delicious as these chicken croquettes. In this case, these ones are ideal to take advantage of those parts of the roast chicken that are somewhat drier; such as the breasts, thus creating a result that will take many to their childhood.

Here is the recipe for Chicken Croquettes 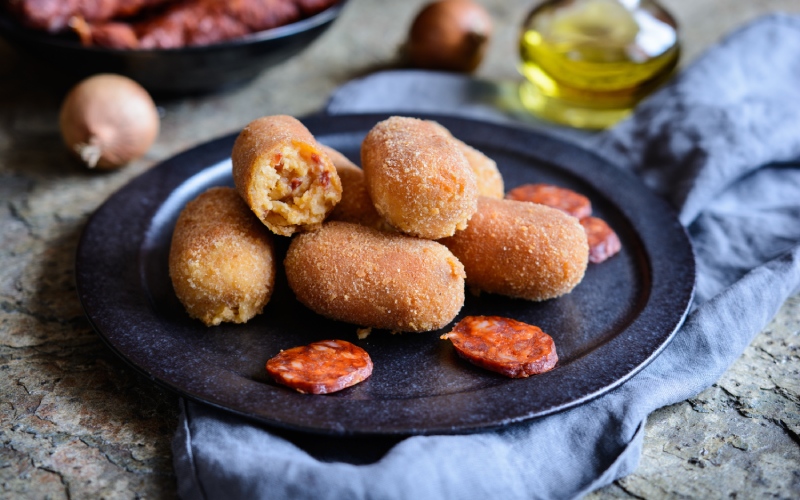 In this case we invite you to prepare these chorizo croquettes because of their taste and intensity. Although they are not the most traditional, and leaving aside the stew version, they are easy to prepare and perfect for the lovers of this traditional sausage. There are many bars and restaurants that serve this version so surprising; that they also have nothing to envy to those of blood sausage.

Here is the recipe for Chorizo Croquettes

4. Baby squid in its ink croquettes 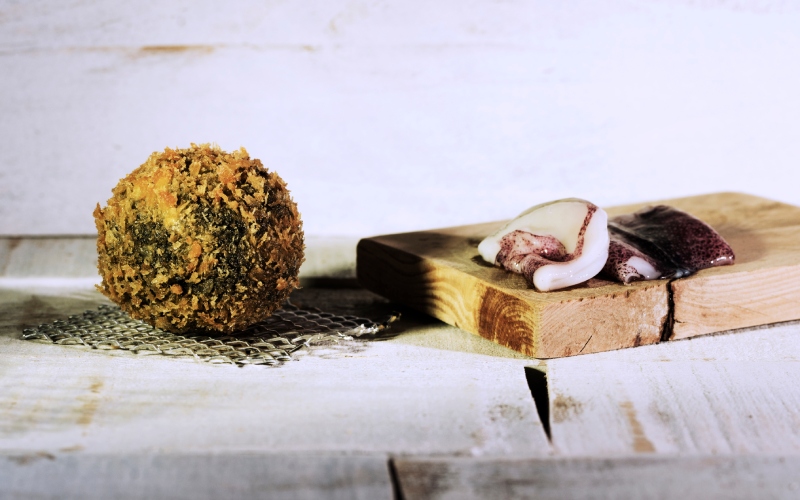 This recipe of baby squid in ink croquettes is a curious version of the most traditional ham, chicken or stew croquettes. But in spite of this, it is surprising because of its taste and intensity, since both the sofrito and the squid itself provide a taste outside the established canons in the cuisine of croquettes. A perfect tapa to surprise guests at any meeting, even at Christmas.

Here is the recipe for Baby Squid in its Ink Croquettes 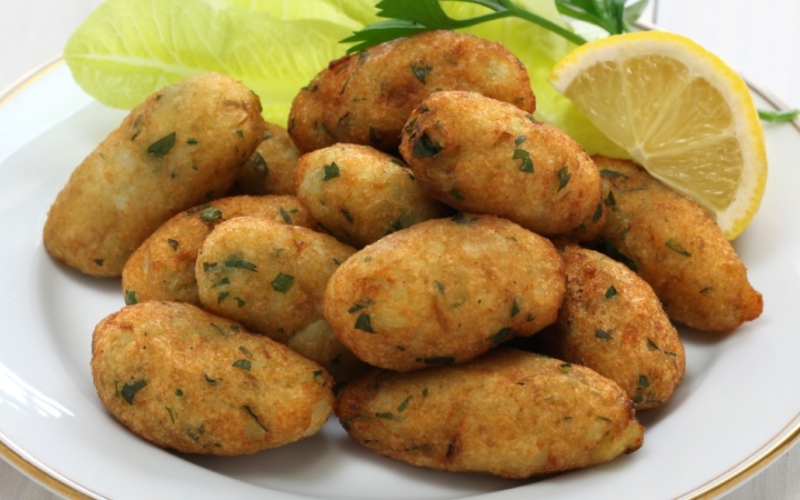 These cod croquettes are known in Valencia as Mandonguilles de Abadejo. It is a somewhat elaborate preparation that serves as an appetizer for all types of meals. This traditional dish from the land of Valencian paella and rice is even more delicious if accompanied by a good homemade alioli. A perfect version for celiacs as it does not contain flour.

Here is the recipe for Valencia Style Cod Croquettes 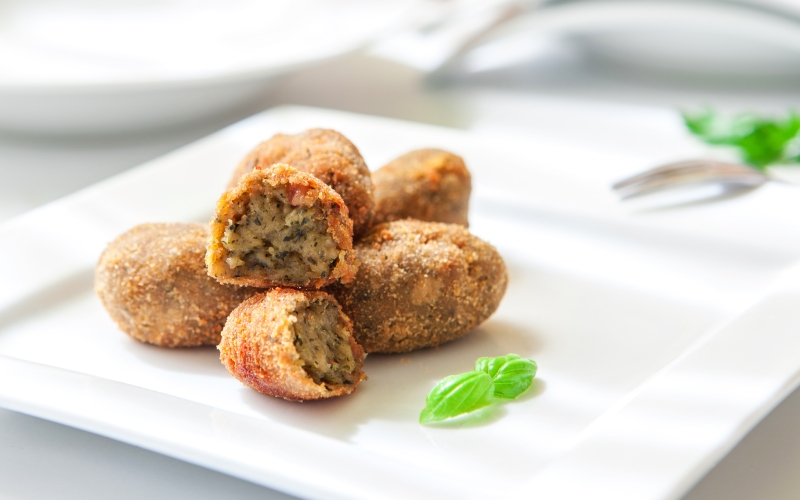 Here is the recipe for Tuna and Spinach Croquettes 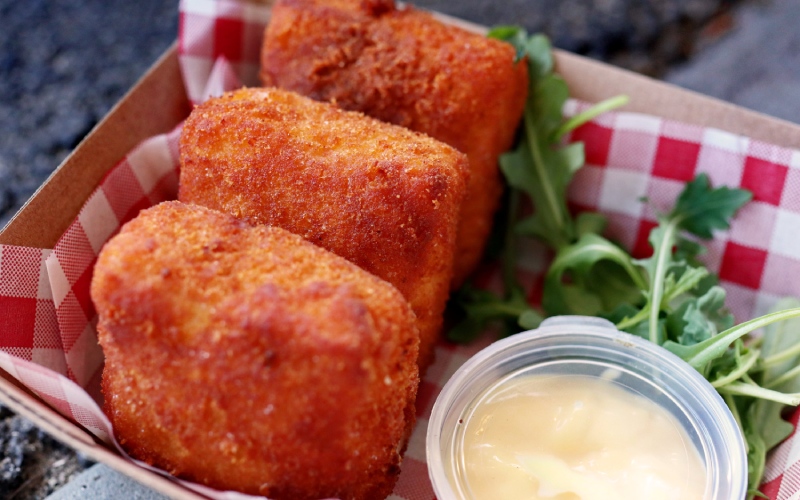 The cheese with PDO Cabrales is one of the best known in our geography. Its organoleptic characteristics make this traditional product one of the most sought after and desired cheeses. Spicy, unctuous and intense, the Cabrales is a perfect accompaniment for all kinds of recipes: some patatas bravas with Cabrales sauce or San Jacobos stuffed with Cabrales. That is why these croquettes al Cabrales will always succeed at any table that is worthy of them; and, even more so, accompanied by a delicious alioli sauce!

Discover here the recipe for Cabrales Croquettes with Alioli

Spanish traditional cuisine, tapas
It may interest you...