Once upon a time Madrid was not the huge city it is today. Today’s neighbourhoods were villages and around the centre there was a no man’s land that was a no man’s land between retirement for the nobles and agricultural work. Two opposing concepts that came together in the recreational estates. These spaces inhabited the outskirts of the capital, allowing the local elite to have their piece of rural Spain at a very short distance. From that past has come the Quinta de los Molinos, a historic garden that is a perfect Weekend Getaway for spending the day or go picnic.

A bit of history of the Quinta de los Molinos

The origin of this recreational estate is somewhat later than other well-known ones, such as Torre Arias or the now disappeared Quinta de Goya. What can be seen today began to be built in the 1920s. It was a private initiative of an architect who was born far from Madrid, in Alcoy. César Cort Botí, who was also an engineer, was the one who decided to take the steps to create the Quinta de los Molinos. 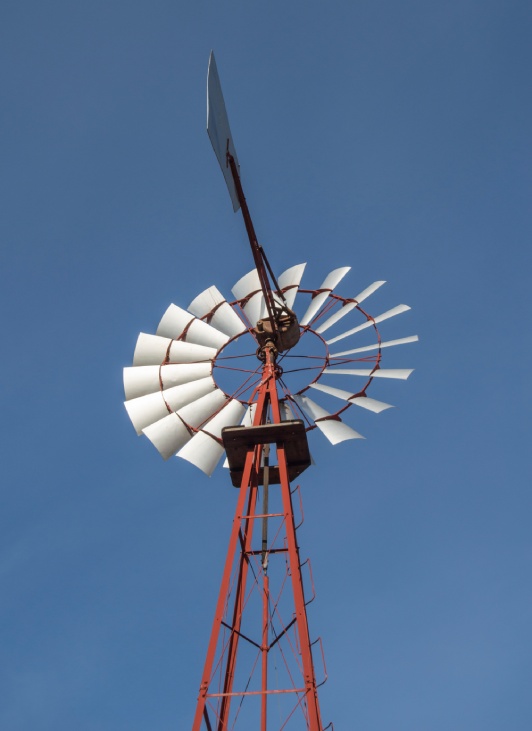 American mill of the Quinta. | Shutterstock

An innovator, professional, pioneer and always associated with urban design in Madrid, Cort Botí became a member of the city council. He was also the first professor of urban planning to be awarded in Spain. His architectural character was embodied in the Quinta de los Molinos. He acquired the northernmost plots of land, where he built a small palace. Together with the Casa del Reloj (Clock House) and fountains, it makes up the segment consisting of a Mediterranean garden. 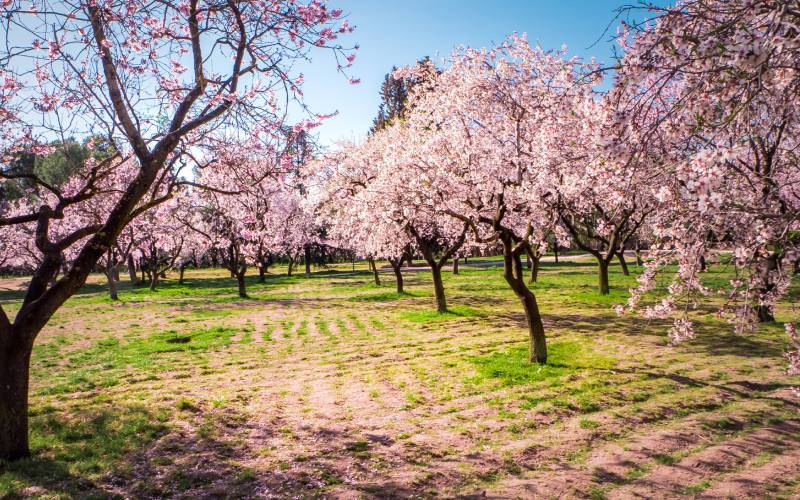 Further south is the agricultural part. This facet crystallised in the form of plantations intended for aesthetic rather than economic purposes. Of the trees, almond trees stand out, occupying most of the cultivated land. Olive and eucalyptus trees grow alongside them, partly to complement the aforementioned fruit trees. The project went through difficult days towards the end of Cort Botí’s life, which came to an end in 1978. Four years later, the City Council acquired a large segment of the park, which went from almost abandonment to its current splendour.

The main key to this park of Madrid is its almond trees. The Trancos stream was responsible for providing water, collected in a complete system of pools. However, the development of the surrounding area has meant that the riverbed is almost always dry. It is worth noting that it was the discovery of aquifers and pockets of water during the construction of the estate that led to the acquisition of the American mills that give their name to the site. They are located in the Casa del Reloj and the Rosaleda de Palacio, both areas of the park. 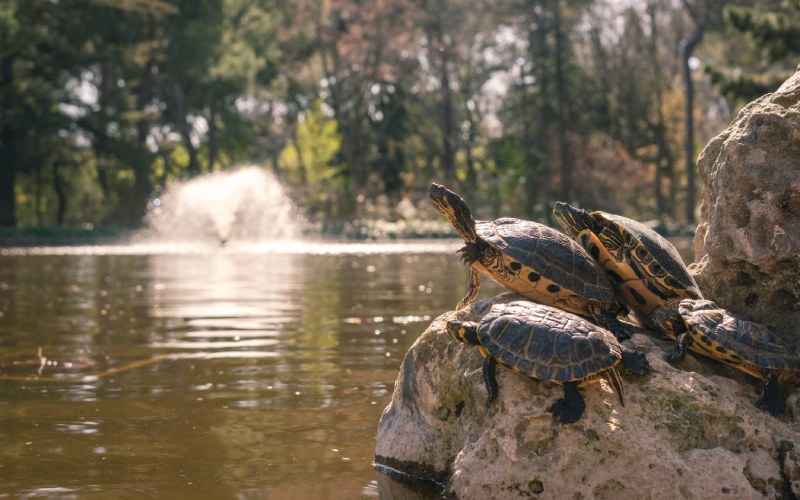 Returning to the almond trees, they are at their best in spring, when they blossom in an explosion of white and pink. A first-class event for anyone who loves nature. Even some of the aesthetic choices of the architectural elements were inspired by this spectacle. For example, the light tones of the caretakers’ houses or certain walls complement the floral display. The fruit orchards are set out in plots so that you can sit down, throw a blanket over your head and enjoy the peace and quiet of this Weekend Geataway.

This more agrarian southern part is joined, to the north as we said, by another Mediterranean-style part. It could not be otherwise considering the Alicante origin of César Cort Botí. Prior to the rationalism that was to come a little later, the mansion and the Casa del Reloj followed a modernist style. The owner kept nothing to himself and even built a tennis court in the recreational area. Flowery spaces, such as rose gardens, and leafy surroundings coexist with fountains between paths to create an enchanting Weekend Getaway. 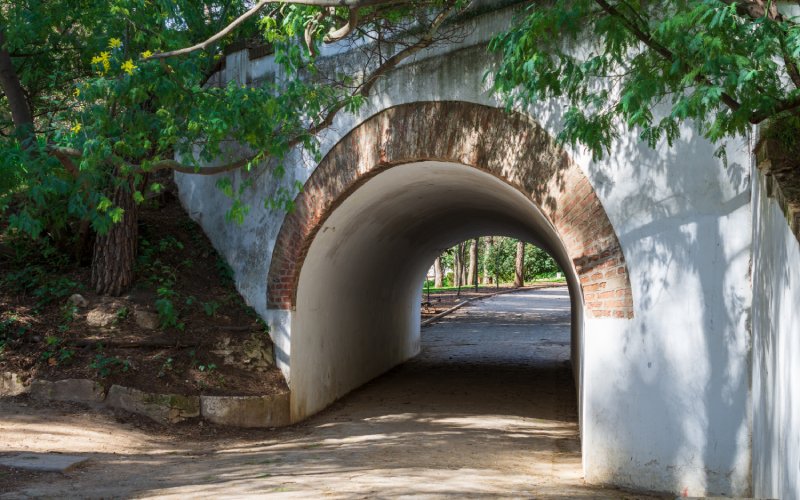 Once you have visited the Quinta de los Molinos and its interior walkway escorted by banana trees, there is another very similar estate to be seen. This is the Quinta de Torre Arias. Named after the duchy of the same name, its last owner before the Madrid City Council took over the park was the Duchess Tatiana Pérez de Guzmán el Bueno. In general terms, it is a perfect complement to the Weekend Getaway, the protagonist of this article, and has even had an almost identical trajectory in recent years.

Not far away is the also charming Garden of El Capricho and other green spaces such as the Juan Carlos I Park. Also nearby is the new Metropolitano stadium. The connection of Canillejas with the centre of Madrid is perfect either by bus or by metro. Thanks to them it is possible to reach landmarks such as Puerta del Sol, Gran Vía or the Royal Palace without wasting too much time. 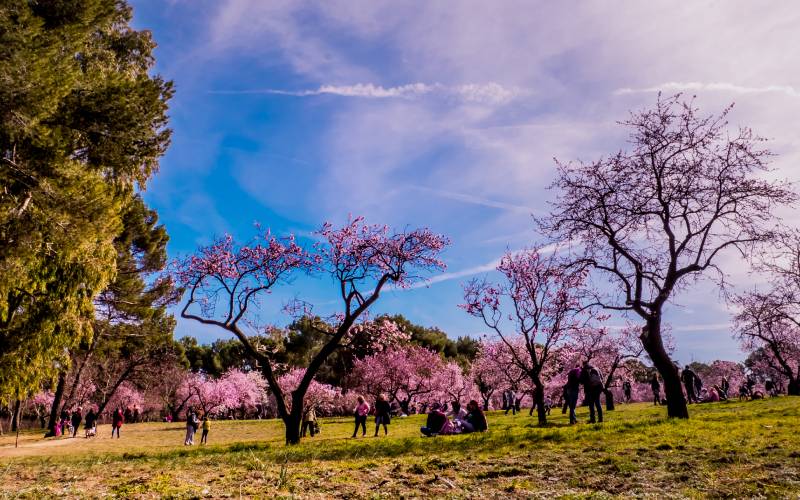 The flowering of the Quinta de los Molinos. | Shutterstock

A small Eden of almond trees in the heart of Madrid, that is why it is our Weekend Getaway

The Quinta de los Molinos is undoubtedly a unique example of the blend of nature and architecture of the early 20th century. A work of a very influential technician who wanted to translate his professional thinking into a spectacular garden. The park is a great alternative to other green areas in the capital and allows you to see first-hand what a country estate used to be like. In addition, the blossoming of its almond trees is a true marvel that can be experienced every spring by anyone who visits this Weekend Getaway of Madrid.

Community of Madrid, gardens, Madrid, parks and gardens, weekend getaway
It may interest you...