Madrid conquers everyone who comes to see it with its huge buildings and frenetic pace. But there are times when, in a city that never sleeps, it’s nice to have a bit of peace and quiet. For doing this we can take advantage of the outdoor places that Madrid has to offer. From the capital’s most emblematic sites to the places best kept by its inhabitants. Madrid has many outdoor places where you can enjoy quiet walks, bike rides or beautiful sunsets, now that the good weather is coming. But we have chosen these 9 outdoor places in Madrid that are perfect for that to make it easier.

Located in the Suanzes neighbourhood in the east of the city, we find the Quinta de los Molinos park. This place, which years ago belonged to the Count of Torre Arias, was turned into a public space in 1980. It has two clearly differentiated areas. One with a clear Romanesque influence, where there is a cultural center (Espacio Abierto Quinta de los Molinos), and another with an agricultural influence, where we can find a large number of plant species. However, one of the park’s greatest attractions is indeed in February and March, when the almond trees blossom and the whole park is painted pink. 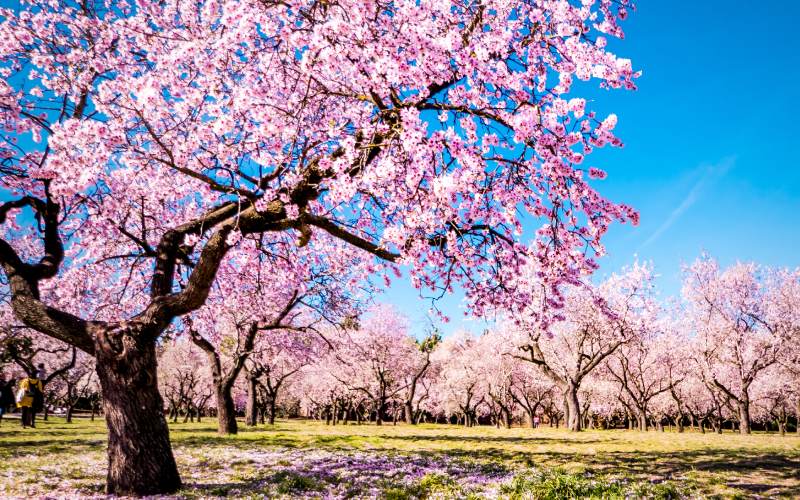 One of the most famous places in Madrid and certainly in Spain. The Buen Retiro Park, located in the heart of Madrid, has 125 hectares that serve as a lung for the entire central area. Over the years, the park has been urenovated and has hosted all kinds of activities.

The large lagoon is the perfect place for a boat ride, the Velázquez and Crystal palaces host exhibitions, and in May the Book Fair is held in its large avenue. A place full of history and perfect for spending a day outdoors or to picnic. 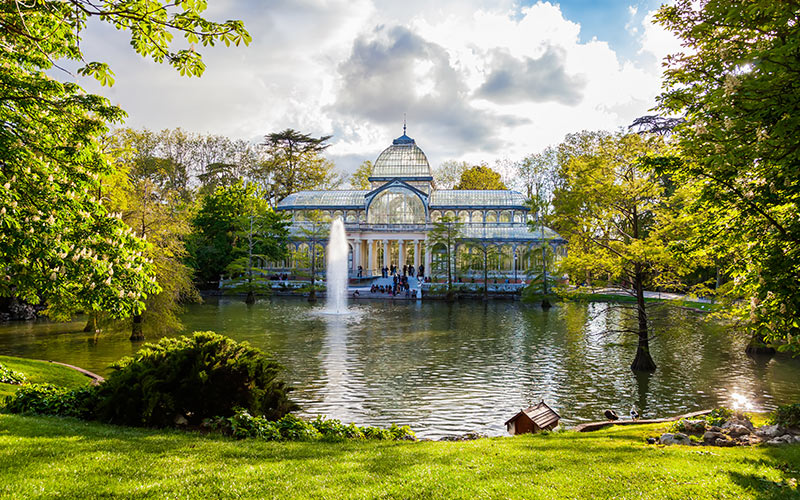 Next to the Ifema site, this 160 hectare park is the perfect place to do all kinds of outdoor sports. It was opened in 1992 for the celebration of Madrid European Capital of Culture and all along its extension we find all kinds of sculptures and surfaces that are hidden behind trees and grass. A legacy of the old Olivar de Hinojosa. 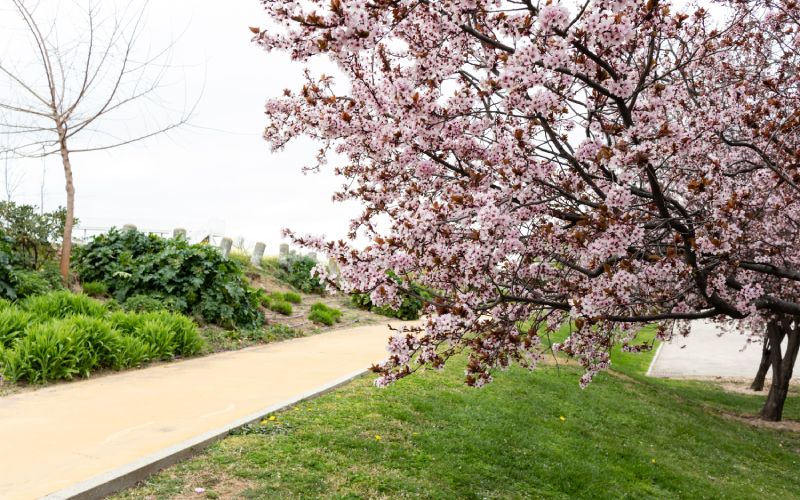 El Capricho is one of the greatest secrets of Madrid. Located in the Barajas district, it was designed between 1787 and 1839 as a place to provide shelter for the intellectuals of the time. However, with the arrival of the Civil War and the subsequent death of its owner, the Duchess of Osuna, the park was forgotten until 1974, when it was ceded to the Community of Madrid, which began to renovate it. The park has a historic bunker, as well as chapels, bridges and small squares that make it almost a fairytale setting. 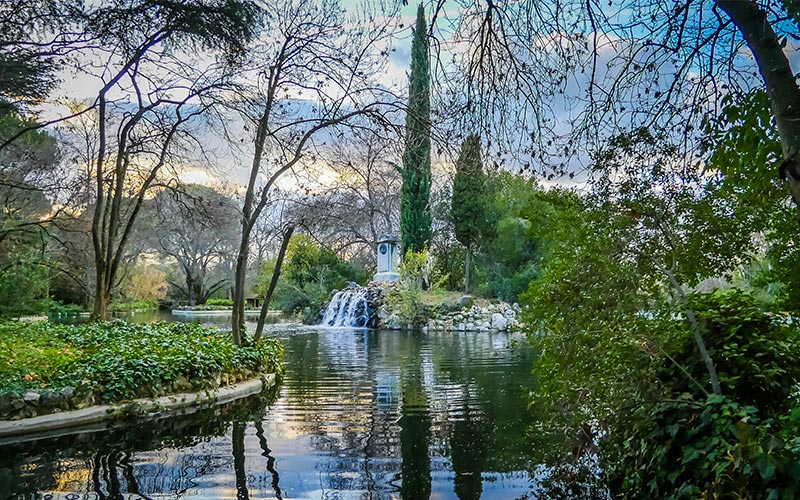 This huge and elongated park goes along with the Manzanares River as it crosses the center of the city. After a long time of works and reorganization of the area, Madrid Río has become an excellent plan to spend the day with the family. With dozens of playgrounds, bridges, cultural venues and a long walkway of more than 7 kilometres, it has become an ideal alternative for sport and leisure in Madrid. The large road that crosses the park is full of kiosks, parks and a shopping center that makes it even more versatile. 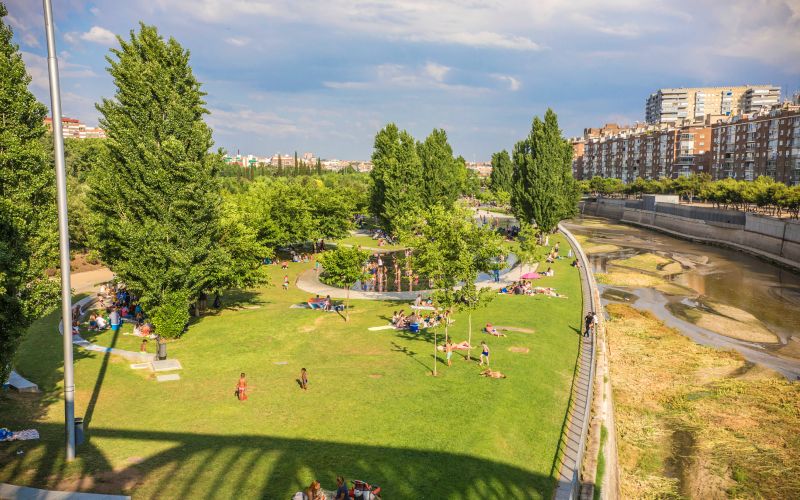 The Casa de Campo is one of the largest parks in Madrid and one of the best places in the outdoors. Its more than 1,500 hectares were the work of King Felipe II who ordered the construction of a space that would connect the palace with the hunting area of El Pardo. The result was this huge park to which, over the years, land was added from the people who worked on the land. With the Spanish Republic, it began to belong to the people of Madrid. Nowadays, the Casa de Campo is one of the most attractive places in the city to spend the day outdoors without having to leave the capital. Its vast extension offers hundreds of sport and leisure activities. A must in our list of the 9 outdoor places in Madrid to enjoy the good weather. 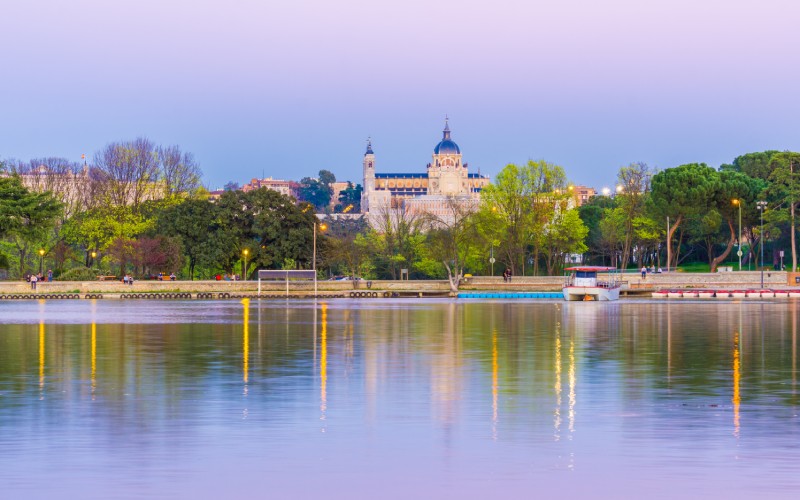 Casa de Campo, the lungs of the capital. | Shutterstock

Also called the Cerro del Tío Pío, this long park in the Vallecas district is one of the hidden secrets of one of the capital’s most emblematic neighbourhoods. It may be a part of Madrid that you don’t know, but from the top of its hills you can see the sunset, the Pirulí, the Four Towers or the Kío Towers. 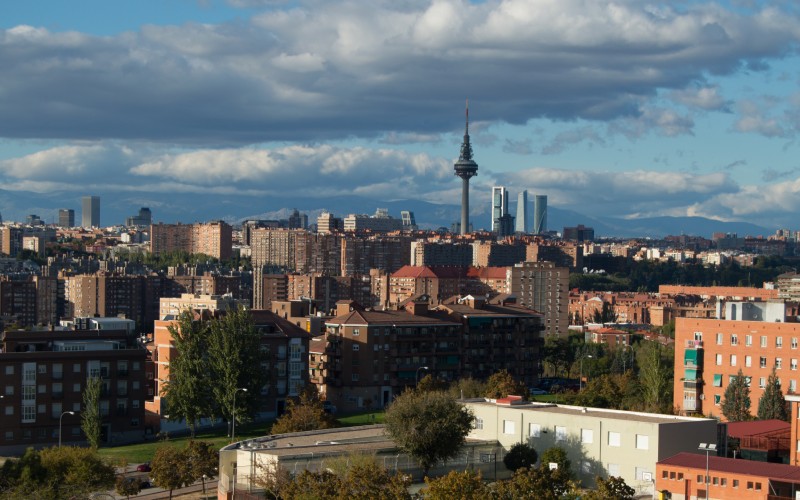 It was the Egyptian government that made this park popular. After collaborating in the construction of the Aswan Dam, Egypt donated this important temple to Spain, which has become one of the most famous sunsets in the capital. Located in the Cuartel de la Montaña Park, the Temple of Debod is one of the best outdoor places in Madrid for its spectacular views of Madrid and the Casa de Campo. 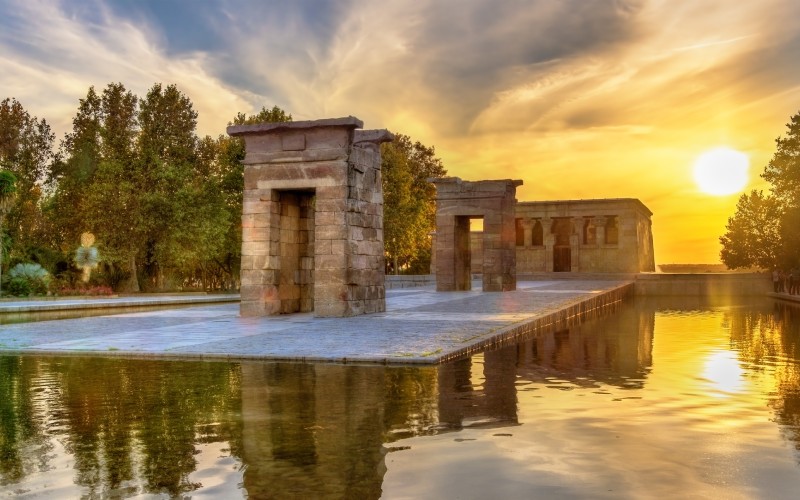 Sunsets from the Temple of Debod are a true spectacle. | Shutterstock

Covering more than 13 hectares, this hidden park in the heart of the Salamanca neighbourhood was once an alternative location for the court of Felipe IV. The park, which offers different views, has been adapted to the expansion of the city and now adjoins the M-30, giving a peaceful oasis full of statues and figures that inspire another time. This article of the 9 outdoor places in Madrid to enjoy the good weather couldn’t finish without this peaceful park. 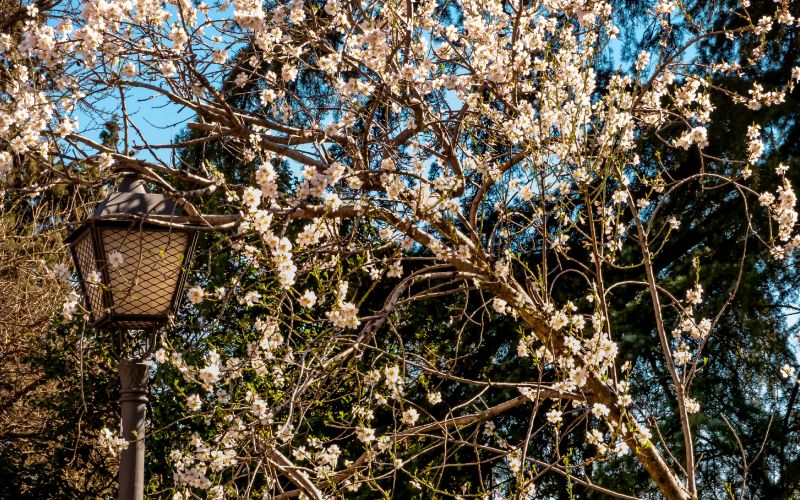 Spring has also arrived to this beautiful park. | Shutterstock

Community of Madrid, Madrid capital, outdoors, parks and gardens, the best of
It may interest you...