Calm and fantasy are the main feelings when you visit the Otzarreta beech forest in the Basque Country. One of the most picturesque places in the Basque Country due to the impressive beauty that nature creates in this forest. Senses are at their peak in this exceptional place where you can enjoy more than just observing. It is also a spectacle for the other senses. For example, for the ear, with the sound of the water of the Zubizabala river stream or for the sense of smell with the aroma of moist soil. A demonstration that it is quite possible to be transported to a fairy tale.

A bit of history of the Otzarreta beech forest

It is located in the well-known Gorbeia Natural Park, in the territories of Alava and Bizkaia. The Otzarreta beech forest is a protected area, the largest in the Basque Country. It also has the highest peak, Mount Gorbea at 1,481 metres. Crowned with the metal cross, it offers visitors impressive views of the area’s ecosystem. A must visit on a route through the most fascinating natural places in Spain.

The magical feeling provided by the surroundings is also reflected in its vegetation. The curious thing about the Otzarreta forest is that its beech trees grow in a way that is unusual for this type of tree. Its branches grow upwards when in this species they normally grow horizontally. 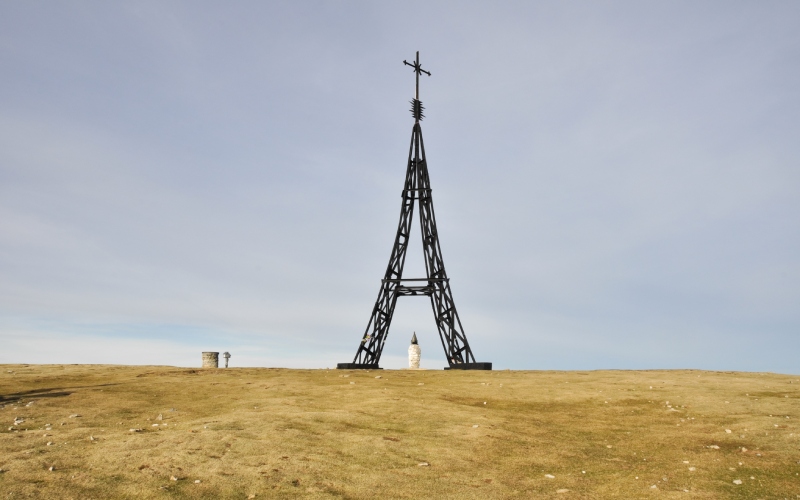 Nowadays, the beech forest is protected, but years ago these peculiar branches were cut down. The aim was none other than to obtain coal by burning the branches that came out of the trunk. It was an activity that was traditionally carried out in the area, but has now been stopped to make way for an exhibition of nature in its purest form.

The keys of the Otzarreta forest

The views in this forest are so awesome that it seems as if everything has been designed to measure. A visual spectacle led by the green of the moss on the bark of the trees. An orange colour can be seen on the ground in autumn when the beech trees change their cover. And the impressive stream of the Zubizabala river offers a deep blue color that snakes through the trees. A Basque legend has it that it is in this territory that the mythical Basajaun lives. 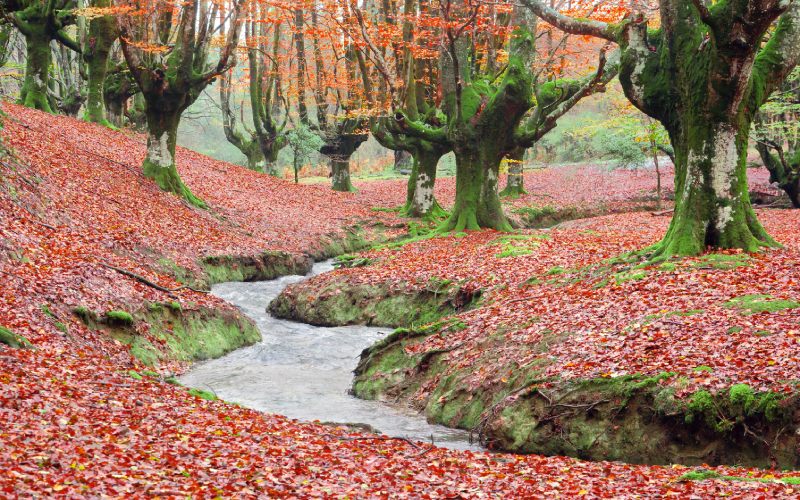 It is a legend that has passed from generation to generation. The footsteps of Basajun can still be felt today in the moist soil that forms in this beech forest. And it is not surprising that the sound echoes through the mountains, as it is a giant being. He is known as the lord of the Basque forests and that is his mission, to protect nature above all else. Much has been written about him. Most references say that he is a terrifying being, although his mission is to help anyone who finds themselves lost in the forest.

Very close to this Weekend Getaway is the Saldropo wetland in Zeanuri. An ideal place for anyone who wants to go on a route and also be in contact with nature. From this circular walk that starts and ends at the car park, you can see the Gorbeia massif. It also has a picnic area and barbecue as a finishing touch to enjoy the full experience of visiting this striking location. 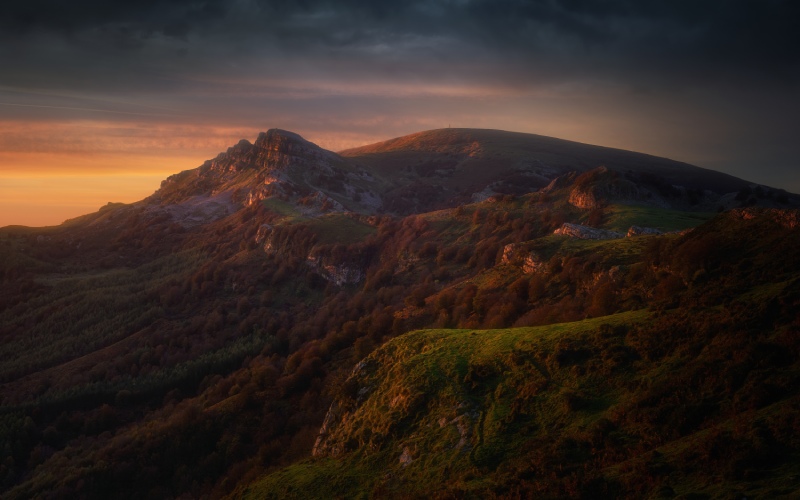 Views of the Gorbeia massif. | Shutterstock

Although it is not the only hiking route that you can do in the Basque Country, this area is full of activities to do by bike, on foot or however you prefer. If you’d rather go on more conventional tourism, there are other options. It is also surrounded by charming towns where you can enjoy their folklore, such as Ceberio, Artea or Zigoitia.

To reach this location by car, take the N-240 road to the municipality of Legutio. At the top of Barazar there is a concrete path at kilometre 38 on which you can read “Parque Natural de Gorbea” on a sign. Follow this path until you take the turning on the left. After this, go straight ahead and you will find the car park. 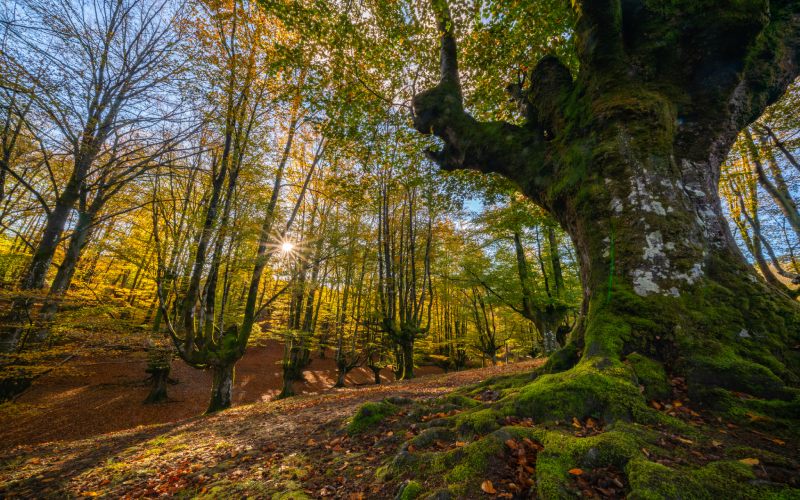 A magical scenery of legends, that is why it is our Weekend Getaway

A postcard straight out of a fairy tale, this is the landscape offered by this enchanting forest in Bizkaia, the cradle of the legend of Basajaun. A concert of feelings. From the green and orange colours that dress every corner of the forest, to the sounds of nature such as the Zubizabala stream or the birds singing, and the characteristic aroma of nature that the Otzarreta beech forest offers.