Spain is a country that, despite being small compared to others, has a lot of contrasts that make it a unique and special place to see at any time of the year. While in the warm months in the north there is still rain and fog and the rest of the territory remains arid, when winter arrives, the snow surprises in many places, freezing natural landscapes and even villages in the south.

The same place can change radically with the arrival of cold weather and that is why in this article we are going to review the most beautiful and spectacular places in Spain to see when they are frozen. From frozen caves to border resorts enveloped by snow. Spain is even more beautiful when it is painted white. 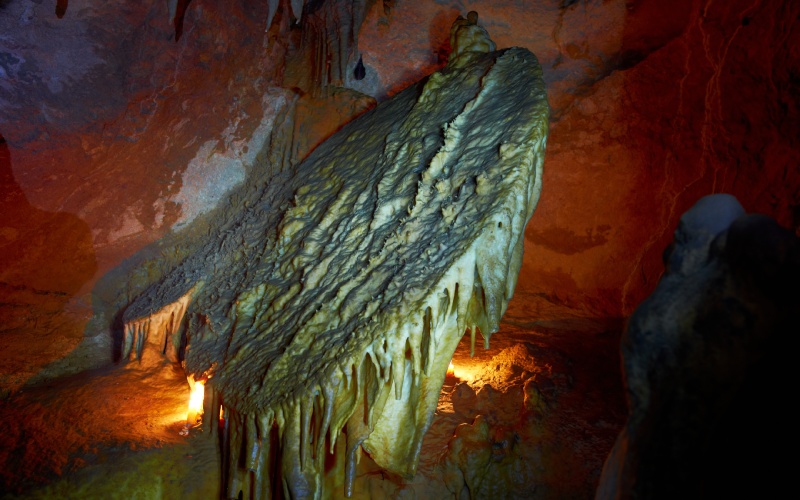 Located in the Pyrenees, in the heart of the Ordesa and Monte Perdido National Park, is the Casteret Ice Cave, an impressive cave whose interior always maintains a freezing temperature no higher than zero degrees and has managed to maintain the remains of fossil ice for thousands of years.

All the caves inside Monte Perdido are at an altitude of 2,800 meters above sea level, making all of them very cold throughout the year. This has made it possible to preserve frozen water and stalactites thousands of years old and, although global warming endangers it, this cave is a spectacle worth seeing during the winter. 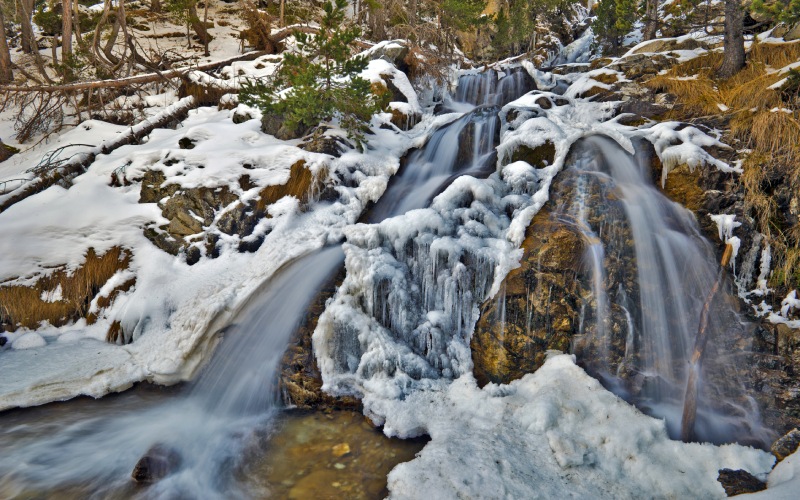 The Aragonese Pyrenees is one of the greatest natural spectacles in all of Spain and although it can be visited all year round, its most beautiful landscapes are found during the cold months, when the low temperatures begin to freeze the surface of the cliffs and create wonders such as the frost of the ibones of the Panticosa spa.

In Aragon, the ibones are the lakes that are created in the high part of the mountains and, in this Spa, there are some spectacular ones to see like the Ibones Azules, Ibones de Bachimaña or the Ibones de Bramutero. To go up to see them you must have the appropriate snow equipment but, after only two hours of ascent, you can see all the white and snowy Ibones. 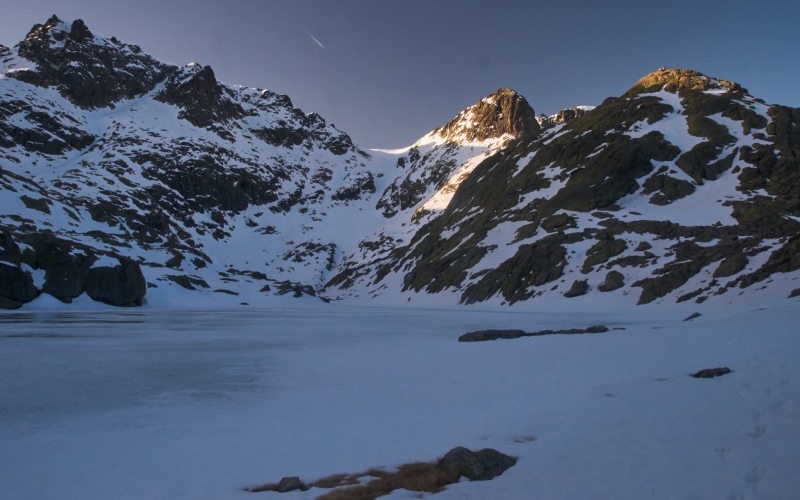 One of the most popular routes among lovers of hiking in Madrid is the pools of Gredos, a small but deep circular lagoon that ends a route through the Sierra de Gredos. It is a fairly affordable walk during the summer but when the cold weather arrives, it is covered with snow, resulting in spectacular scenery.

Surrounded by local fauna such as goats and deer, the most curious can arrive with the necessary snow equipment and be among the privileged ones who contemplate the completely frozen lagoon with the whole white mountain range in the background. In addition, there is a nearby shelter where you can recharge your batteries if the cold does not give truce.

The Canfranc station in winter 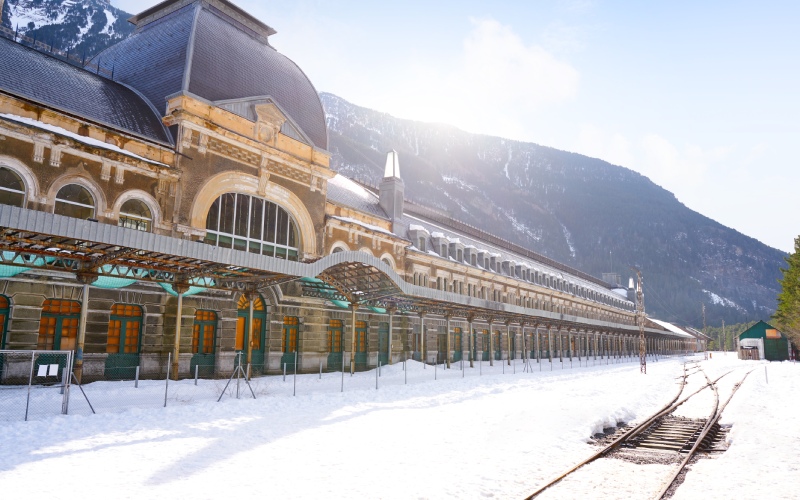 Natural landscapes in winter are one of the greatest attractions of Spain, but there are also some typical postcards in which civilization, history and nature share harmony in a perfect symbiosis. This is the case of Canfranc Station, a spectacular station at the foot of the Pyrenees that was intended to serve as a border with France and that had great weight in the Second World War.

The huge architectural framework already draws attention from afar, being a spectacular contrast between the high mountain forest and the train tracks. However, when November arrives and the first snowfalls begin, everything is dyed white and the station is completely frozen, looking like a crystal palace. 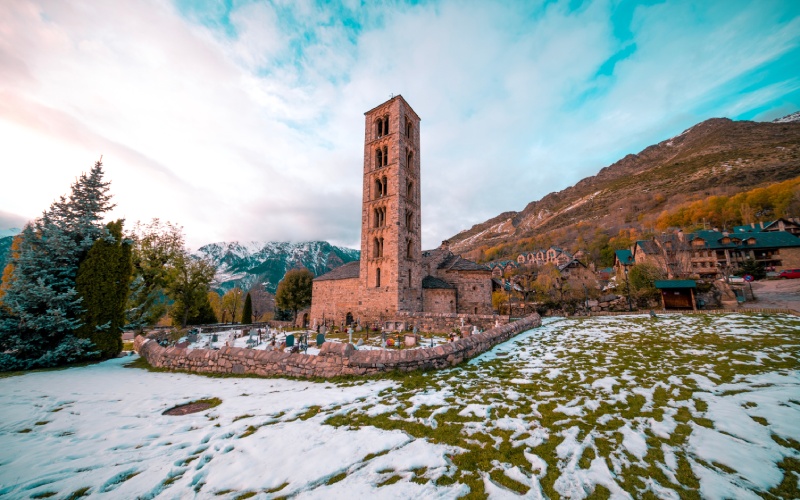 The Boí Taüll valley is one of the most spectacular to see in winter as it has the highest ski resort in the country and some of the most beautiful snowy landscapes. Located in Lleida, this valley has become the center of attention for being a UNESCO heritage site, preserving a huge Romanesque cultural legacy.

However, it also has up to 16 villages in its interior that have been considered ‘bewitched’ by their histories, customs and traditions. During the coldest months of the year, these small stone villages are camouflaged among the snow that settles in the valley, leaving one of the most beautiful winter postcards of Catalonia. 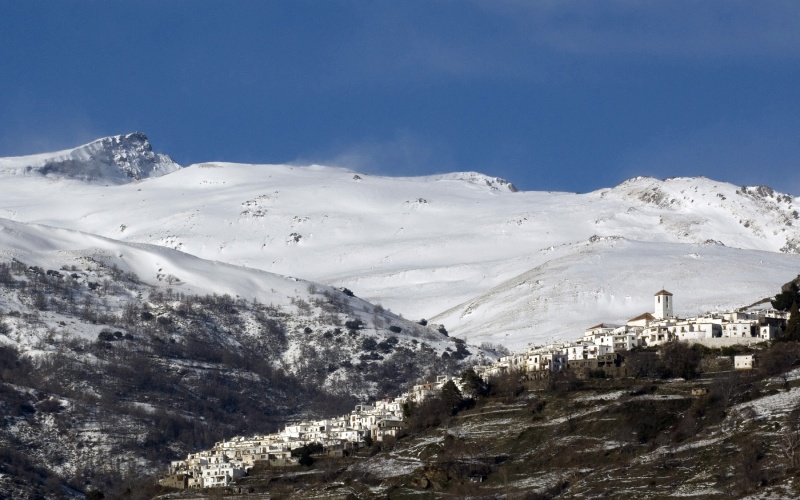 It is not very typical to refer to snowy landscapes in the south of the country, where the warm climate and arid landscapes are the most recurrent. However, in the heart of Granada, presided over by the Mulhacen and the Veleta, is the village of Capileira, considered one of the most beautiful places in Spain. This village, with white houses on a hillside, usually looks all year round with a picturesque Andalusian style.

However, when the cold arrives to the mountain and the altitude is noticed, the village camouflages with the environment leaving an impressive postcard in which the white houses and the snowy mountain are not well distinguished and giving a winter atmosphere similar to the Nordic countries. From some of its viewpoints such as the Tajo del Diablo you have unforgettable views of this unusual lost place of Granada. 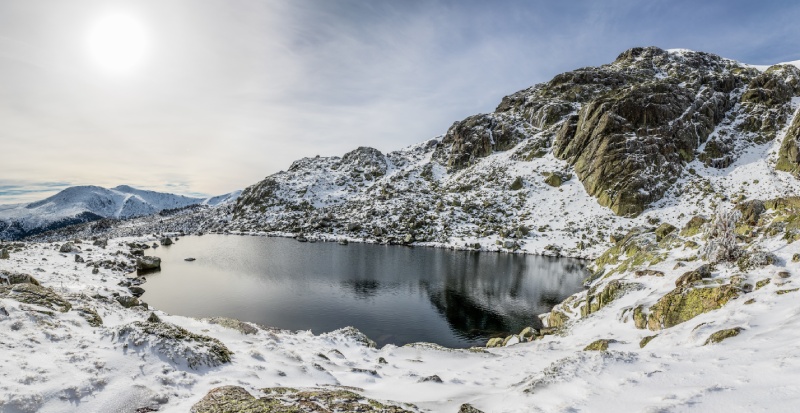 Laguna Grande de Peñalara. | ShutterstockThe Sierra de Guadarrama keeps authentic treasures for people who enjoy nature and hiking. Just an hour from Madrid, this great lung of the community has a ski resort, high mountain villages and hundreds of routes that cross the whole country. However, one of the most typical hikes that takes on special interest during the winter is the Laguna Grande de Peñalara.

A little more than two hours walk from the impressive Puerto de Cotos, the lagoon is accessible to all audiences and, since December, it is common to find all the way snowed, coming to find the imposing lagoon completely frozen in a mountainous landscape like no other. In addition, if you want a little more adventure, you can continue climbing through the frozen landscape and find the Laguna de los Pájaros, in the highlands of the Sierra.

Community of Madrid, Granada, Lleida, Navarre, Pyrenees, winter
It may interest you...