Madrid is a city of dreams. Of conversations under the shelter of a good coffee. Of poetry written on gray cobblestones. Madrid is a city of artists. Of entrepreneurs from all over the world. Of family taverns with more than 100 years of history. Madrid is wonderful. And one of its wonders is the Retiro Park. A beautiful green lung that extends over approximately five kilometers full of green lawns, trees, ponds, gardens and many architectural gems. 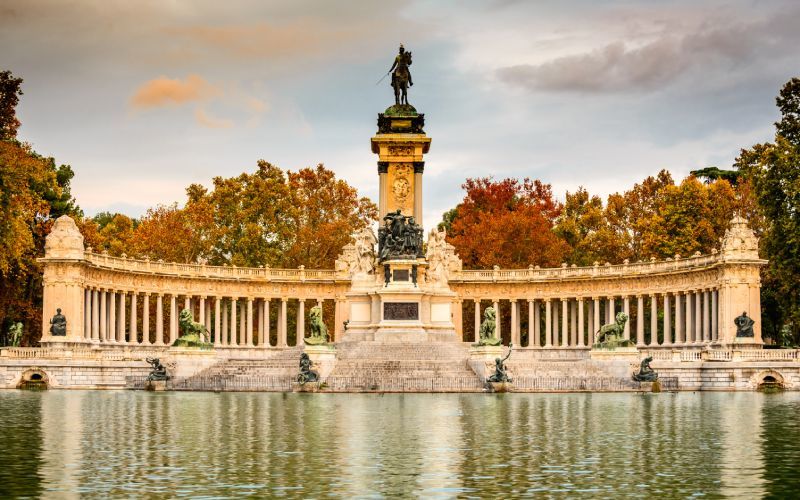 Strolling through these gardens is one of those essential plans in the cultural agenda of any Madrilenian or tourist. The wide green spaces are the perfect setting to enjoy a pleasant afternoon reading a book. If you feel like an explorer, you will probably want to know in detail the beautiful pier that presides over the park, the impressive Crystal Palace, the rose garden or the statue of the Fallen Angel. What not everyone knows is of certain hidden corners of El Retiro, somewhat secret places that become real treasures for anyone who discovers them.

Secret tunnels in the Civil War 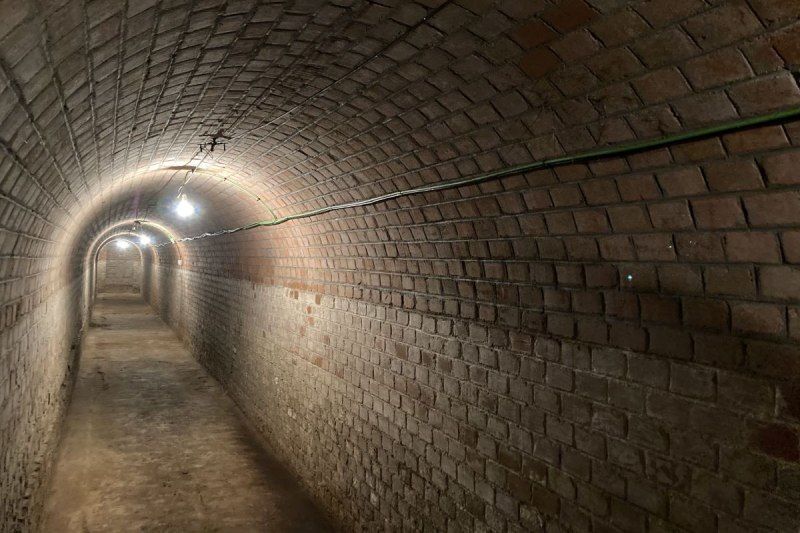 One of the best kept secrets of the Retiro Park. It is not for less. Eight meters deep is a small labyrinth of winding tunnels that are part of an air raid shelter built during the Spanish Civil War. This subway bunker served as protection for local residents and the family of the park manager at the time.

The shelter had a strategic location, if you think about it, as it was surrounded by lush trees, dirt roads and fields. An iron sheet on the ground indicated the entrance. If it was lifted, it led to stairs where the tunnels began. It is said that the space had a capacity for approximately 200 people. An impeccable hiding place that saved many lives and that has remained silent for most of the people of Madrid. The shelter will open to the public in 2022 if the forecasts are met. 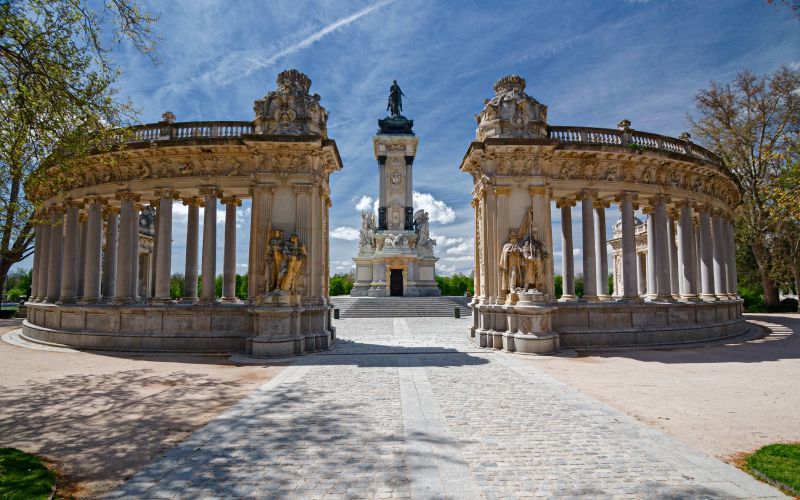 Talking about the main pond of El Retiro means peace and calm. A small lake surrounded by hemicycle columns, trees and a monument of Alfonso XII on horseback. Undoubtedly, it is a beautiful postcard worthy of framing. But it is much more than that. Although this part of the park is well known for the possibility of enjoying a boat ride, the truth is that in the statue of the Spanish king hides a little secret: a magnificent viewpoint perfect to be enraptured with a beautiful landscape from above.

It turns out that El Retiro has a lot to offer. And, precisely, in 2018 the lookout tower on which the sculpture of Alfonso XII stands was opened to the public. It is free, although it is mandatory to book entry and do it in time as it is a novelty highly requested by tourists and people from Madrid. Access is easy. A staircase leads to the viewing room overlooking each of the beautiful corners of the park. 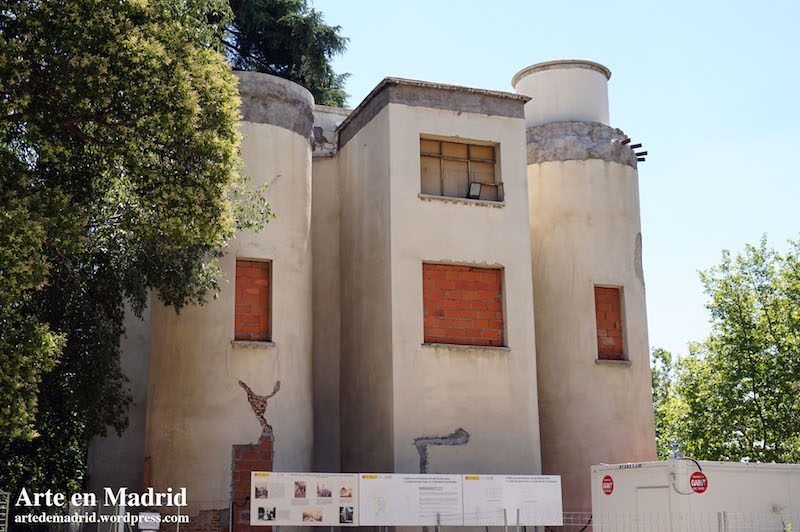 Who would have thought that El Retiro would have its own telegraph? In fact, it is known as the Castillete del Retiro. Built in 1850 in the area of the park known as Casa de las Fieras because it was a former zoo, this curious building has had several uses throughout history. At first, it served as a link between the telegraph lines of Castile, Valencia and Andalusia. Later it became a school of electric telegraphy and, finally, it was the headquarters of the Central Meteorological Institute, better known today as AEMET.

The truth is that over the years the Castillete was occupying simpler functions, until in 2005 its doors were closed. Today it is in the process of rehabilitation since it is considered a historical pearl and, although from the outside it may go unnoticed, the truth is that it is worth stopping for a few moments to imagine the busy life inside.

Very close to the optical telegraph there was an interesting scene. During the years when the Casa de las Fieras was open to the public, the elephants used to go to a pond next to the telegraph to bathe. These friendly animals never spared their bathing hours and it was common to find them splashing around on their way to the telegraph.

When the zoo moved from El Retiro, the pond became empty and began to be used by the neighbors of the area to wash their pets. However, at the end of the 1960s the Madrid City Council decided to bury the pond underground. Some say that it will be dug up again soon.

The oldest tree in Madrid 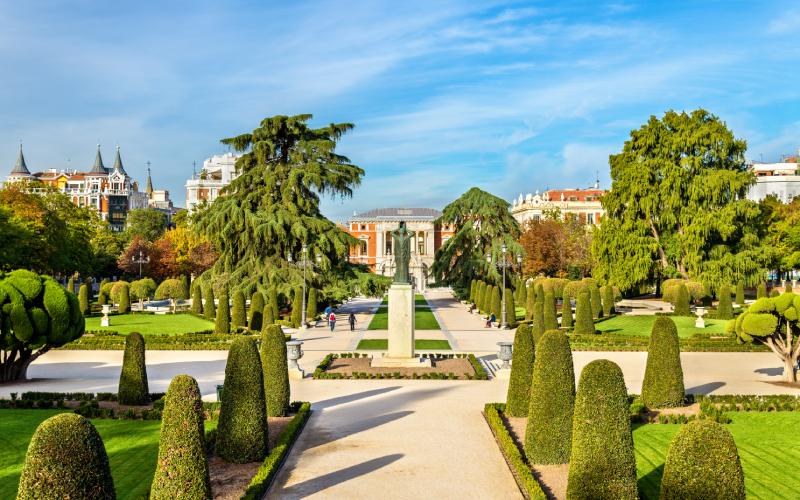 Ahuehuete. This is the name of the oldest tree in Madrid located in El Retiro. An impressive sample of nature that rests quietly in the gardens of Parterre. The most curious thing is that it is an exotic species coming, according to some botanists, from nothing more and nothing less than Mexico. Some place its plantation in the year 1633. With its almost 400 years of existence, this spectacular tree has a life expectancy of between 2,000 and 6,000 years.

Its history is quite varied. According to the story, this ahuehuete survived the felling of the French side during the War of Independence, since the good quality of its branches facilitated the construction of weapons. And not only that, but it has overcome all kinds of storms and storms that have caused serious damage to neighboring trees. A relic that stands majestically before the visitor’s eyes.

The discreet terrace of Cecilio Rodriguez 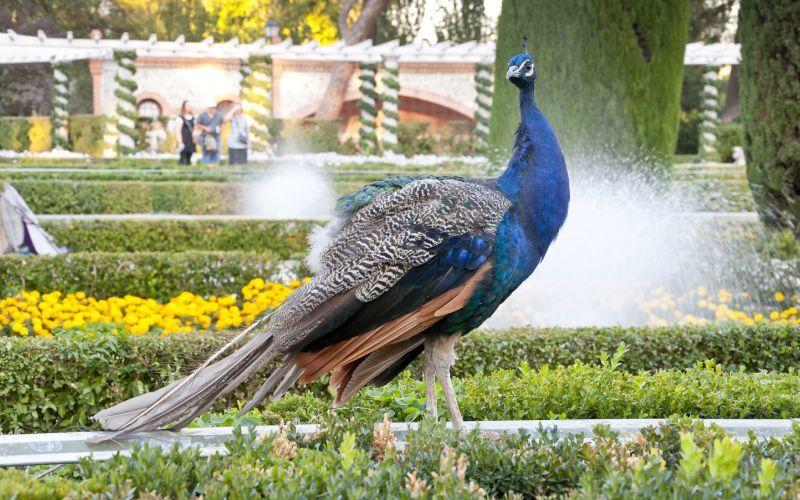 Peacock in the gardens. | Shutterstock

There is a different universe in El Retiro that is located very close to the Crystal Palace. One that seems to vibrate in a totally different tune than the rest. The gardens of Cecilio Rodriguez are not known to many eyes. Rather, they belong to that kind of private corners that every Madrilenian keeps for himself in case he needs a place of maximum calm. At first glance, these beautiful gardens look like something out of a fairy tale. Every detail, every vine, every rose seems to be carefully placed.

As you explore this elegant cocktail of beauty, you are struck by the perfectly placed staircases next to a small pond with fountains and peacocks scampering at will. Climbing up leads to a terrace decorated in detail, perfect for taking a break on its white benches away from the world.

The Royal Pond or of the Bells 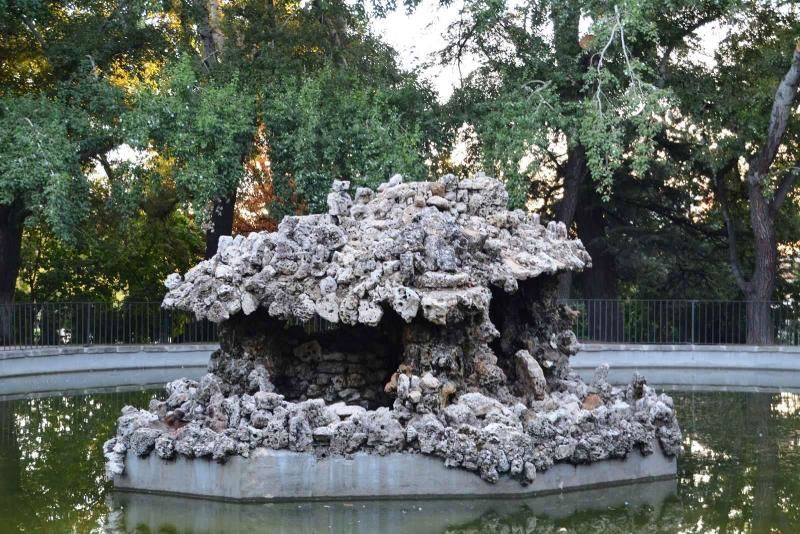 Pond of the Campanillas. | Courtesy of Mirador Madrid

The pond of the Campanillas is one of the lesser known ponds of El Retiro that catches the eye of everyone who passes by. Considered as one of the oldest pearls of the park, since it was built in the 17th century, this jewel was the favorite place of Felipe IV. During that time there was a fishing post where the king and his court entertained themselves fishing for carp.

In the center of the pond rests a small island that could be accessed through a footbridge. At the beginning, this island consisted of a small octagonal tower. Centuries later it was replaced by a small Chinese temple from which hung bells that rang in the wind. Today neither the walkway nor the bells are preserved, although the latter remain in its name.