The history of Hercules with the Andalusian Community is very exhaustive. His love for Andalusia when it was not even Andalusia began many centuries ago. He did it with his crush for the land where the Guadalquivir, at that time Betis, was divided into two branches. He baptized that land as Híspalis, like the singers, which is today’s Seville. This was not enough for him to become the most famous fur trader in the whole of Andalusia. Although the story does not stop there, his presence is still much greater in the territory. What links Hercules to Granada?

Granada is a setting of history. Wrapped in magic and fantasy. A city of beautiful spots, of walking through its streets between walls that have witnessed history. Full of sunsets and viewpoints from which to see them. Even the very president of the United States, Bill Clinton, called it ‘the most beautiful sunset in the world’. He was referring to the one that can be enjoyed when the sun gives way to night from the viewpoint of San Nicolás. What makes this viewpoint special are the impressive views it has of the Alhambra, a monument that is part of the Historical Heritage of Spain. 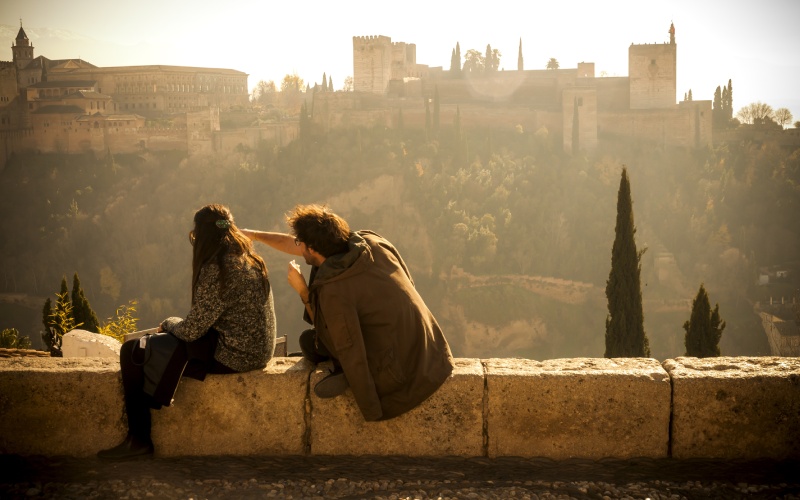 Views of the Alhambra, Granada, from the San Nicolás viewpoint. | Shutterstock

Legends about this city are another attraction. They are present in every corner, even in the origin of the name of its streets. An example of this is the story of its famous street of the kiss, near the viewpoint of Placeta de Carvajales. It may sound like the classical romantic comedy in which at the end of the movie there is a proposal. But this story has a lot more to tell.

The story tells how a mother’s kiss to her daughter made the girl stop being dead. Like a princes in fairy tales when in the epic scene they manage to wake up the princess with a kiss. But in this case, this story tells how a true love kiss from a mother revived the young girl. In honor of this miracle, the mythical Via Granaina is still known by this name. 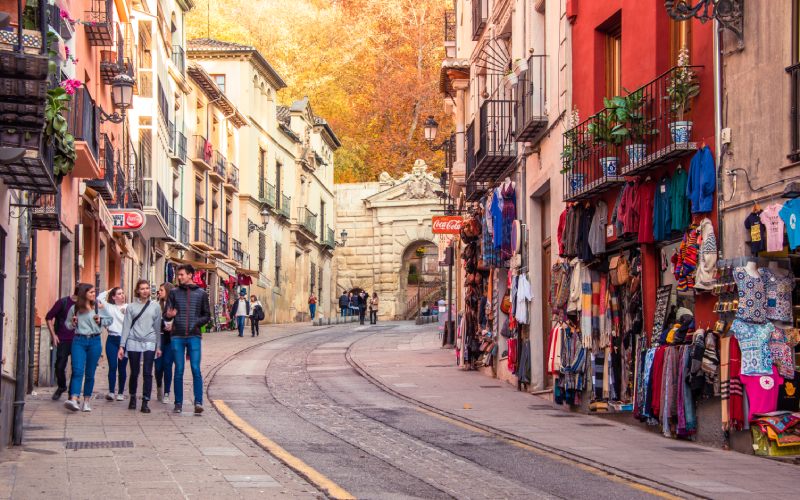 This is just one of the many legends that name spots in Granada. Although in this example it is clear, not all those that make up the names related to the city are like that. The first and most fundamental is that of the city and province itself. Over its name flutter like ghosts that inhabit the Alhambra, different stories about what was the true origin of the name Granada.

As already mentioned, Hercules is very present in the history of Andalusia. So much so that he even managed to make a niche for himself and be one of the protagonists of the coat of arms of the community next to its columns, where Atlantis is located. How does he manage to make a mess of everyone and place himself with such a status? By being the bravest navigator and crossing from the Mediterranean Sea to the Atlantic Ocean, reaching the territory where he would later become the most important fur trader in Andalusia. 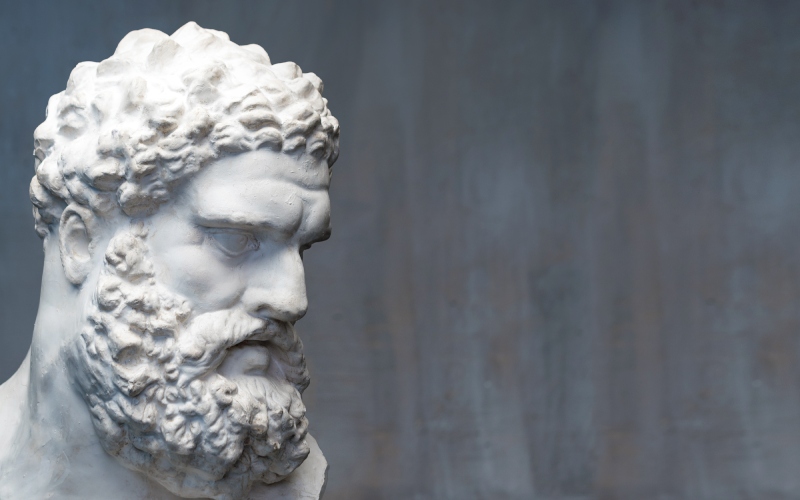 The muscular demigod was not satisfied with his starring role and went for the Goya award. In this land he even managed to play one of his 12 jobs. Jobs that King Eurystheus assigned him after consulting the Oracle of Apollo for ending his lives children lives.

And it is precisely with one of his daughters that the mystery about the name of Granada begins. The legend tells that one of the sons that the demigod had was called Granata. It was from this young woman that etymology would later take over and would become the current name. Although others transfer from generation to generation that it was actually named after the daughter of Noah.

‘Give him alms, woman, there is nothing in life like the pain of being blind in Granada‘, said Francisco de Icaza. And the beauty that can be seen from the viewpoints is already something as famous as how well eaten one returns home with the tapas served along with drinks. Another story surrounding the origin of the name resides right in one of its viewpoints. It is said that seeing Granada from the heights can be compared to a pomegranate, the fruit, open in half. 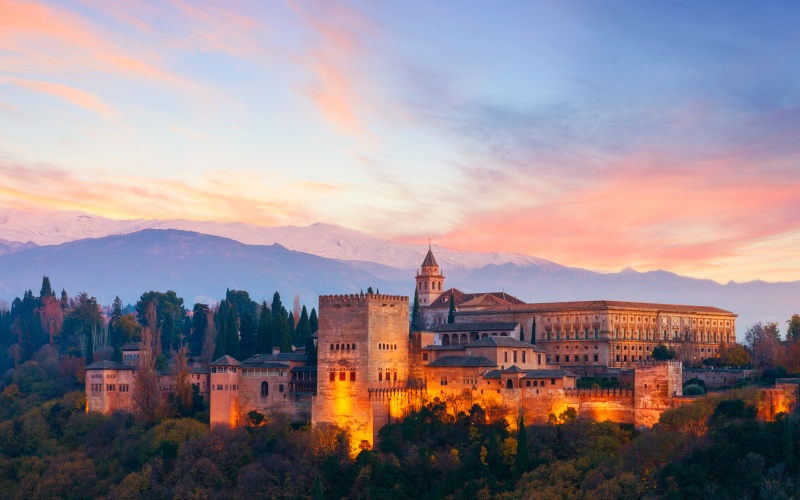 The Alhambra in Granada. | Shutterstock

Another possibility comes from the times when Granada was inhabited by the Muslim culture. It is believed that the name evolves and transforms from ‘Gar-anat’ or ‘Garnata’, as a reference to ‘hill of pilgrims’. Legend has it that it was the name given to the city by the Arabs as a nod to the pilgrims returning home after their journey through the desert.

Ghosts inhabiting the Alhambra, treasures of the Nasrid sultan Boabdil wrapped in mysteries and legends personified in every site of this city. This is Granada and this is the magic one finds walking through its streets. And this enigma is even transferred to the origin of its name, although it stands out for the fruit of the pomegranate tree. The pomegranate, a key symbol of this city and the capital.