Distributed from Navarre to Girona, the Pyrenees are the border between Spain and France. However, they are also one of the country’s most impressive environments. Its high peaks and valleys are the protagonists of breathtaking landscapes. From the foot to the highest point, its different massifs display samples of nature perfect for mountaineering, hiking and active tourism. There are corners to get lost in and some of the most isolated places you can find. We go over the most spectacular ones. 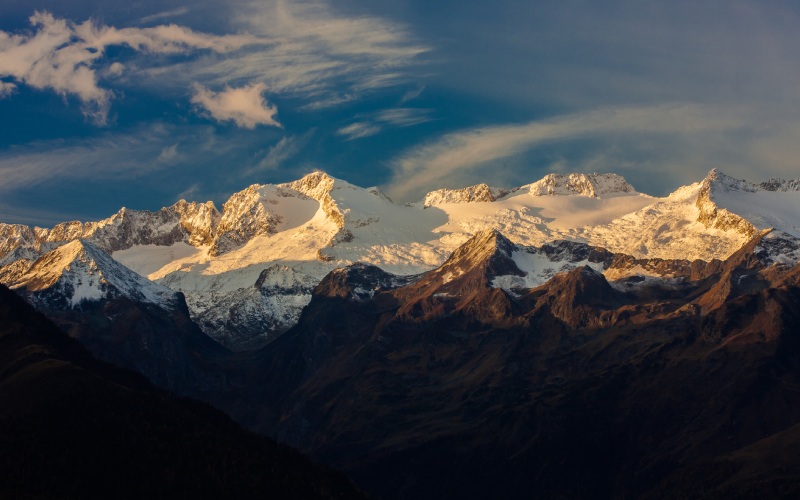 Aneto Peak and the Maladeta. | Shutterstock

This massif names one of the best known natural parks in Spain: Ordesa y Monte Perdido. The aforementioned mountain is the highest, at 3,355 metres. In fact, it is the third highest in the whole of the Pyrenees. Also known as As Tres Serols, it has other huge peaks such as Añisclo and Cilindro. Both are part of the more than 20 three-thousand metres summits that populate this sector of the Pyrenees. Monte Perdido itself is an ideal destination for less experienced mountaineers, as long as the weather is good. Waterfalls such as La Cola de Caballo or villages such as Fanlo, Bielsa and Torla complete the excellent surroundings. 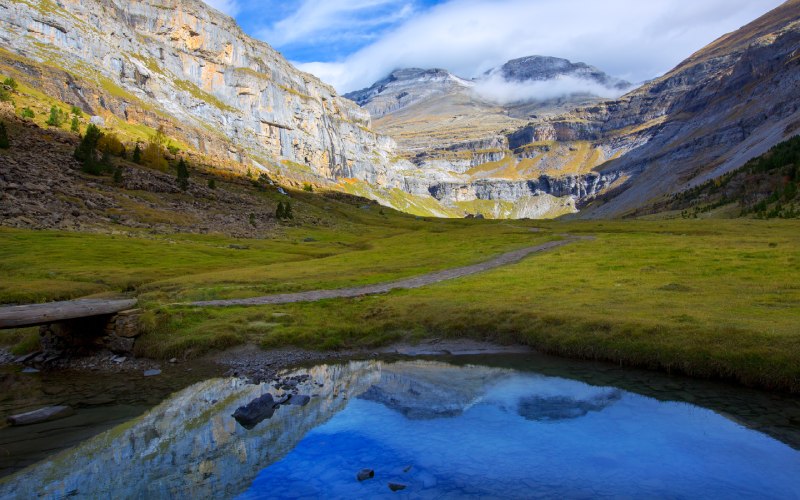 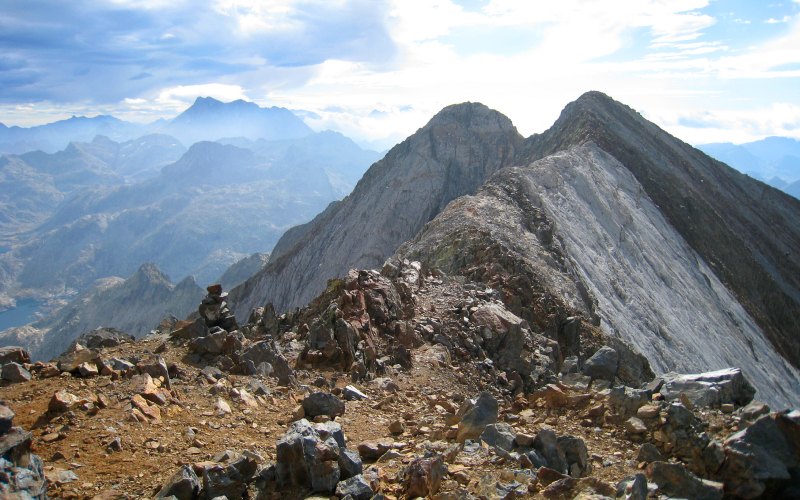 Distributed between Spain and France, the Balaitus and Infiernos massif stands out for its glacial cirques. On the Spanish side, the Tebarray or Campo Plano glacial lake stands out. Between hills and pure mountains there are also fantastic reservoirs, for example that of Bachimaña or Respomuso. In the lower part is the one of Lanuza, in Sallent de Gállego, which gives way to a deep valley. Nearby is Formigal-Panticosa, so it is a very versatile destination, perfect for ski lovers. Regarding summits, both Pico de los Infiernos and Balaitus are extraordinary, the latter being among the highest in the mountain range. 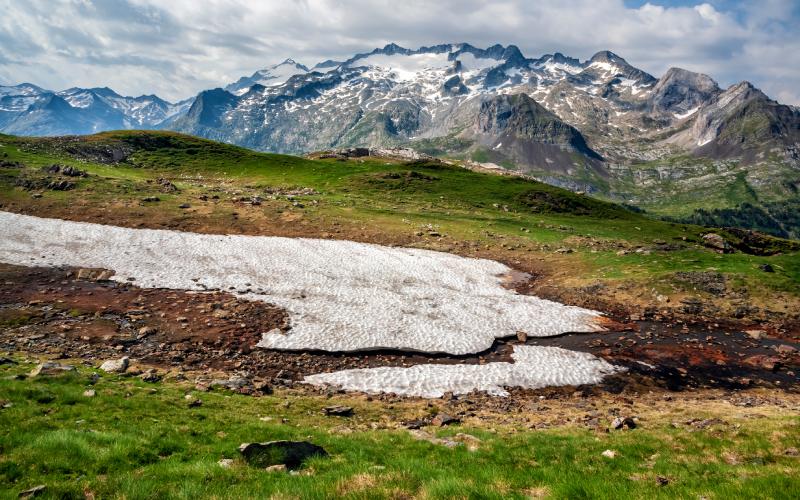 The Aragonese Pyrenees contain the highest massif of the whole complex, right next to Lleida. Located in the centre, the Maladeta massif has its most extraordinary peak, the Aneto. Other mountains like Maladeta itself, Pico Maldito or Punta de Astorg are in the top 10 of the Pyrenees. In any case, the range of three-thousand metres summits is the most varied in the whole mountain range. One of the territory’s favourite landmarks is the upper part of the Benasque valley. Meanwhile, lakes such as Cregüeña are also extraordinary. 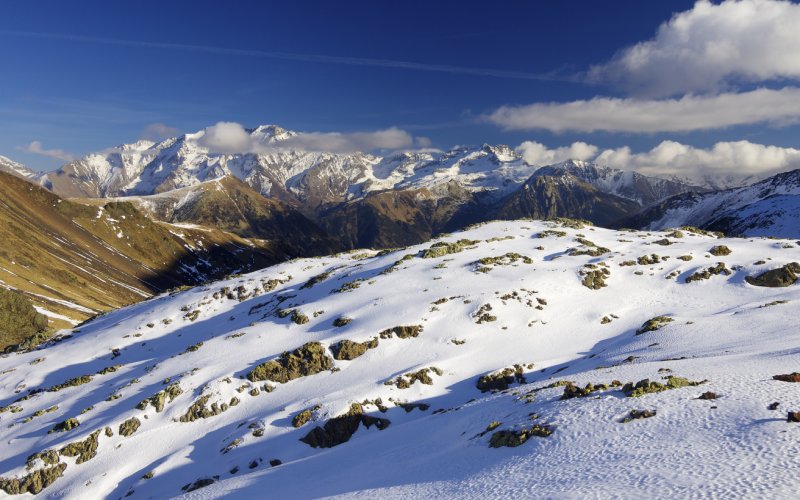 The Posets massif, together with the Madaleta massif, forms a beautiful natural park. To the west of the Benasque valley, it also stands out for its maximum heights. Without going any further, the peak of Posets is only behind the Aneto. La cresta de las Espadas is also among the ten highest peaks. A myriad of small lakes of glacial origin are scattered throughout this area of Huesca. Although, as we have seen, there are others, this is one of the best places to enjoy them. 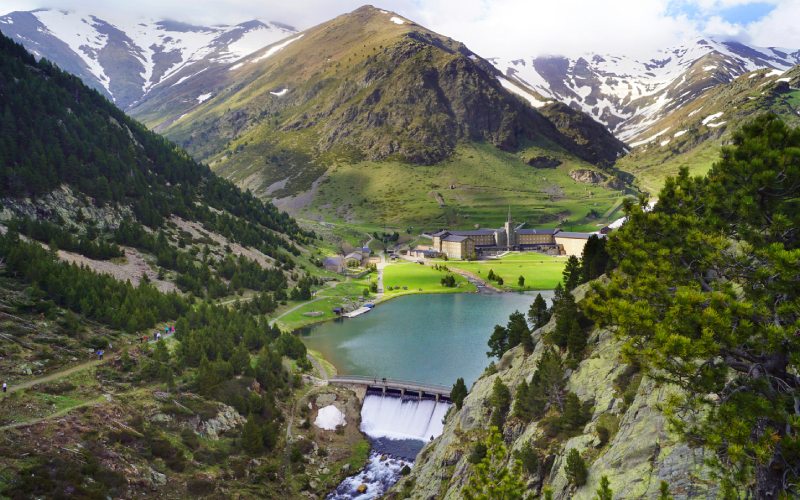 Vall de Núria in the surroundings of Puigmal. | Shutterstock

The Girona mountain is well known for places like La Garrotxa, the Pre-Pyrenees of Cadí-Moixeró or Puigsacalm, but it has many interesting places purely in the Pyrenees. The Puigmal massif and the Vall de Núria are one of the main examples, perfect for active tourism. High peaks like the one with the same name as the complex are combined with the charming cultural legacy of the valley. Its basilica-sanctuary, the Cova de Sant Gil, the Creu d’en Riba viewpoint, the Tres Molins bridge… 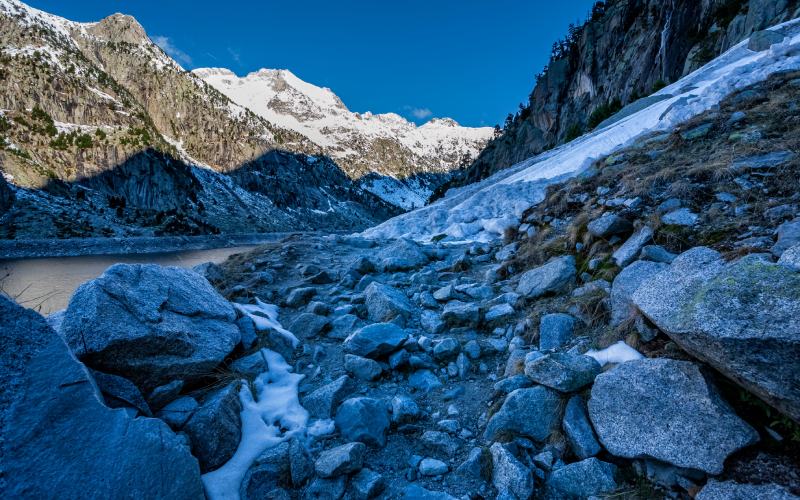 Comaloforno and the three Besiberris are the most outstanding heights of this massif located in the east of Lleida, near Huesca. It is part of the Alta Ribagorza and shares characteristics with the rest of the Pyrenean massifs. Thus, as far as reservoirs are concerned, the Cavallers reservoir is perhaps the most beautiful. These aquatic environments also stand out in the surroundings, for example in the National Park of Aigüestortes i Estany de Sant Maurici. Bohí, with its splendid Romanesque architecture, is not far away either. 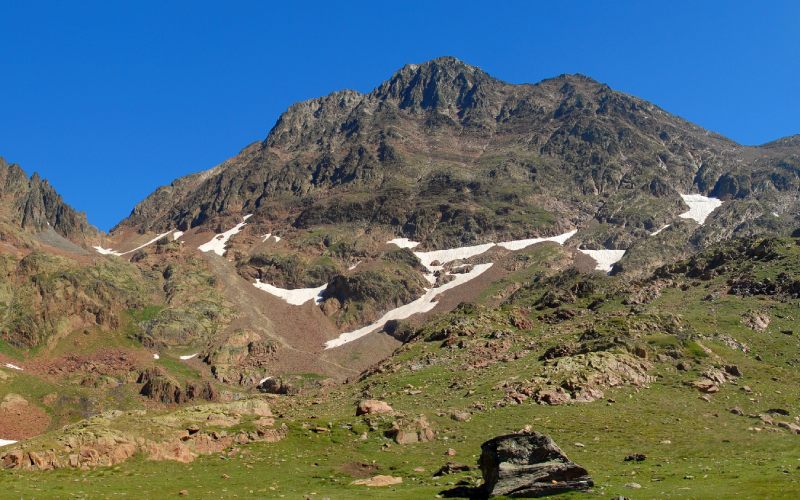 There is no need to leave the beautiful province of Lleida to see the next massifs in the Pyrenees. It is located in the Alt Pirineu Natural Park and has the highest mountain in all of Catalonia. It is the Pica d’Estats, the name of the peak and the group dominated in France by the Montcalm. Huge masses stand out in a mountainous, bordering, isolated and sparsely populated environment. Up to eight three-thousand metres summits can be climbed. Places like Tavascan are also very interesting and nearby. 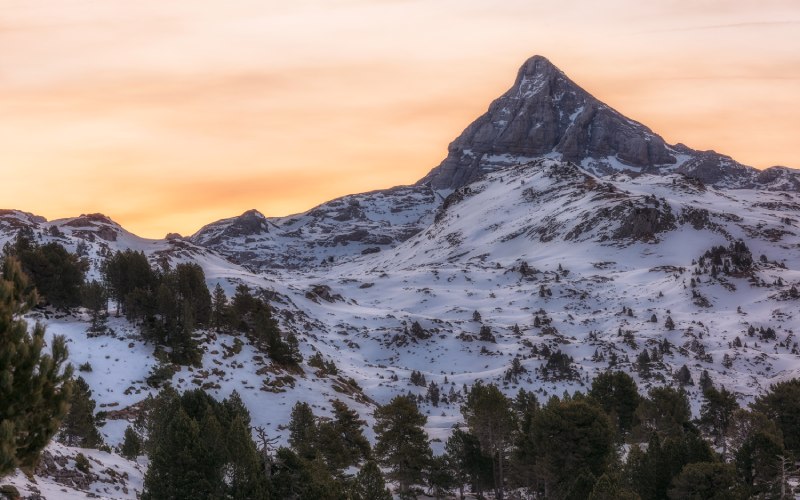 Without reaching the height of other massifs, Larra-Belagua is an equally idyllic setting. With good access from Isaba, it is the representative of Navarre on this list. The slopes of its mountains are covered with dense forests, one of which is a World Heritage Site. This is the Aztaparreta beech forest, recognised along with others such as the Tejera Negra or Montejo beech forests by UNESCO. The Belagua Valley is one of the most beautiful in Spain and the whole complex is the start of the Roncal Valley, also among the most outstanding in the country. For this reason, it is an area especially recommended for hiking. 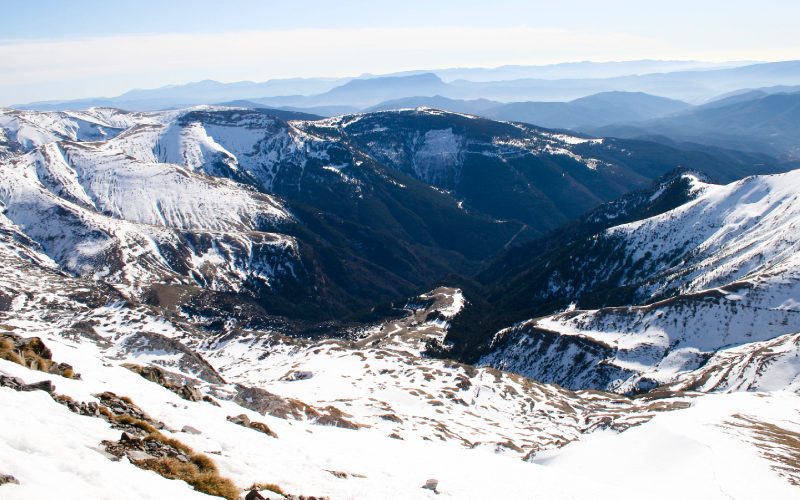 To conclude with these Pyrenean massifs, there is one belonging to the Valles Occidentales Natural Park, back in Huesca. It has a privileged position between two exceptional valleys: Hecho and Aragüés. Likewise, to the east it has Candanchú and Canfranc, with their outstanding international station. To the south, the Aragonese Way to Santiago unfolds, passing through Jaca. Fanlo is also just a stone’s throw away, making Bisaurín an enclave with many tourist possibilities.

A-1, what you cannot miss on the road to Burgos
TOf the large Spanish radial highways, the A-1 has the task of connecting the capital Más información