Older than the Alps, the Pyrenees stand like a rocky fortress between the countries of Spain and France. However, as rocks do not understand boundaries, their orography runs indistinctly between the two states, which cross the map from east to west. Within its walls, the Pyrenees enclose peaks over 3,000 meters high, the highest of which is the Aneto. This one rises to 3,404 meters. Although it is expected to disappear in about 30 years, the only glaciers in the Iberian Peninsula and the largest in southern Europe are nestled in these ranges, which year after year are traveled by millions of people. One of its most famous routes is known as the Transpirenaica route.

This route joins the Mediterranean Sea with the Cantabrian Sea, from Cape de Creus to the town of Hondarribia, or vice versa, along a length of 800 kilometers. It can be done by car, motorcycle, bicycle or even on foot.

Travelling through 800 kilometers of nature 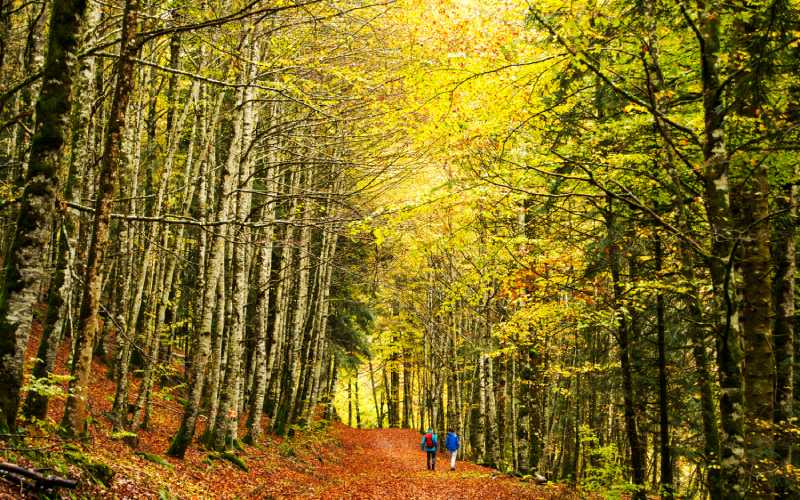 The Irati forest in autumn. | Shutterstock

The Transpirenaica route runs through the French regions of New Aquitaine and Occitania and through the communities of the Basque Country, Navarre, Aragón and Catalonia, as well as the small state of Andorra. Its route can be followed by different roads, although the official route for those who decide to walk it is the GR11 trail.

If you choose to go in the direction that goes from west to east, the hiker or driver would begin the journey in Hondarribia. After leaving the Basque Country behind, the valleys and lush forests of Navarre make their way to the Baztan Valley. In the municipality of Roncesvalles, the Transpirenaica route crosses with some pilgrims, who begin the Way to Santiago here. Afterwards, the route comes across the Irati forest, the second largest and best preserved beech and fir forest in Europe, behind only the Black Forest.

The route continues, passing through the steep Aragonese Pyrenees, the Ordesa and Monte Perdido Park, the French High Pyrenees, the glacial cirques, the Gran Cascada or Candanchú. Options are diverse, as the car allows deviations and changes in the route, and many, as there are many places in 800 kilometers.

The Transpirenaica route on foot: an epic of more than 40 days 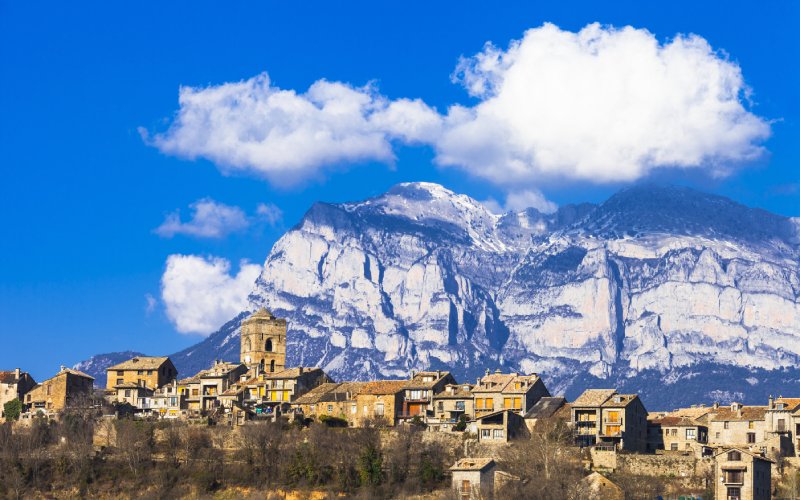 The village of Ainsa with the Aragonese Pyrenees in the background. | Shutterstock

In 1985, the GR11 long-distance footpath, also known as the Transpirenaica route, was officially approved. The GR11 consists of some 42 or 46 stages, depending on the walking pace, and accumulates a difference in altitude of up to 42,000 meters. Since many do not have enough free days to undertake such an epic, hikers usually divide the trip into blocks that they complete in different months and years.

To do the Transpirenaica route on foot, it is advisable to be in good physical condition and well equipped. Overnight stays can be made in the villages along the route, in the shelters along the way, or it is even possible to sleep under the stars in tents or directly in a sleeping bag in the open. It is up to the traveler’s choice. However, it must always be taken into account that there are some places where it is forbidden to spend the night outdoors. This is the case of the National Park of Aigüestortes and Estany de Sant Maurici. Therefore, it is advisable to organize the route in detail before starting it.

Another recommendation is to do the Transpirenaica only between May and October, when temperatures are milder. In winter, the snow floods the trails and the cold is intense.

The Transpirenaica by road: enjoying the route 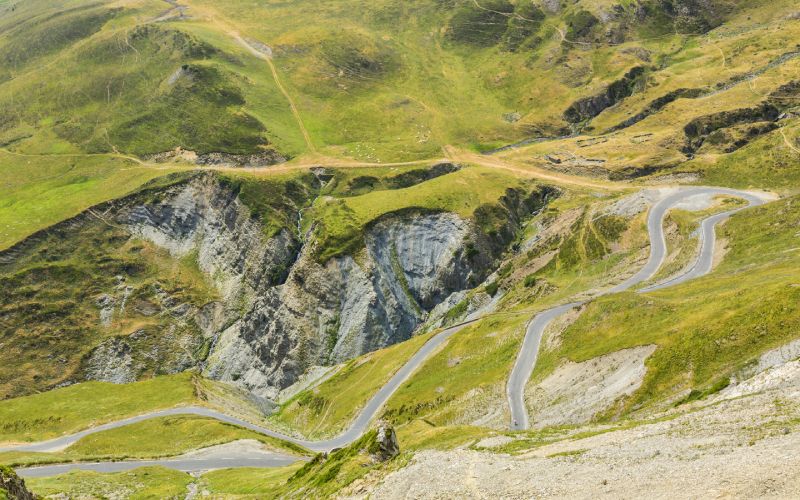 The Tourmalet road in France. | Shutterstock

Another option can be to reduce the more than 40 stages on foot to a few by car along the winding roads that run between the mountains. In this case, the route can be as long as you want, because the best thing is to enjoy the road. Stop, watch and also make some trail or deviate a few kilometers off the road to visit spectacular places such as Gaube Lake, on the French side, or stop in villages like Ansó or Aínsa.

For driving enthusiasts or traveling bikers, the views from Tourmalet or the ascent of the Pic Negre are outstanding, since it is the only peak that motor vehicles can climb.

In any of the cases in which the Tranpirenaica route is done or whatever the means, what is clear is that it is a great adventure that compensates those who do it with dreamlike landscapes.