In Cantabria you can find the spectacular source of the river Asón. Located on the Cantabrian coast, this river is part of the Collados del Asón natural park and flows into the Cantabrian Sea in the town of Santoña. However, what is most striking is the impressive 70-metre high waterfall that forms in its first phase and falls on the limestone wall of the Soba mountains. It is the highest waterfall in Cantabria.

Source of the Asón River in Cantabria. | Shutterstock

This waterfall is popularly known as Cailagua and creates an image known as “bridal veil”. It is possible to reach it through a simple route from the municipality of Soba where it is located, and obtain beautiful panoramic views from various viewpoints set up around the source of the Asón River. According to a popular legend, it is actually the silver hair of an anjana, a character from Cantabrian mythology.

Route to the source of the River Asón

The journey to the source of the Asón River is almost straightforward and takes seven and a half kilometres, or about three and a half hours. The route is flat at almost all times, so there is no need to worry about the slopes. However, during the last stretch the terrain becomes steeper, having to overcome the rocks and small streams. Even so, it is a fairly simple route, where you only have to follow the white and yellow signs placed on the ground along the way.

The best thing about this route is that it is a good option at any time of the year. For example, in spring and summer the colours will be brighter but in autumn and winter the fog runs along the paths creating a romantic landscape. However, spring is the best time to visit the waterfall, as it is the time when most of the snow melts in the mountains.

To do this walk you have to go to the first spot, the village of Asón, located as we mentioned at the beginning in the Soba valley. Here the route begins, specifically on the right side of the road at the end of the village, taking the detour towards the Casucas de Asón. 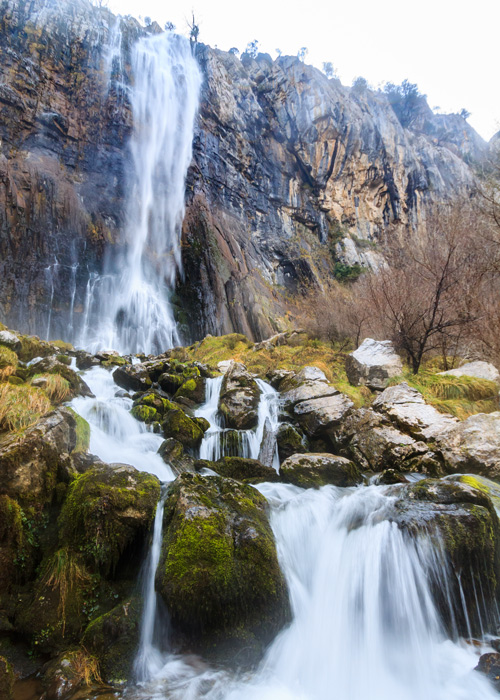 View from the waterfall’s base. | Shutterstock

On the route to the source of the Asón River, the flora and fauna are very important. Thus, you will pass through different meadows, although animals can also be seen in some of the fenced spaces for the cattle that have to be crossed. In this way, some parts of the path pass between cows and other animals. 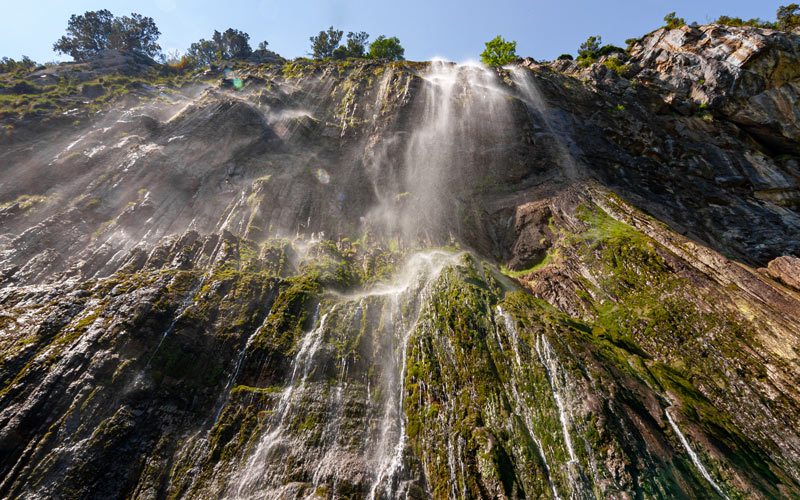 The Cailagua waterfall from below. | Shutterstock

Along the route you can also see small and large stone houses among the green pastures. The signs will take the hiker to the end of the waterfall. The view of the fall from its base is one of the most impressive. In summer it is a perfect option to cool down a bit with the cold river water.

Viewpoints from which to contemplate the Cailagua waterfall 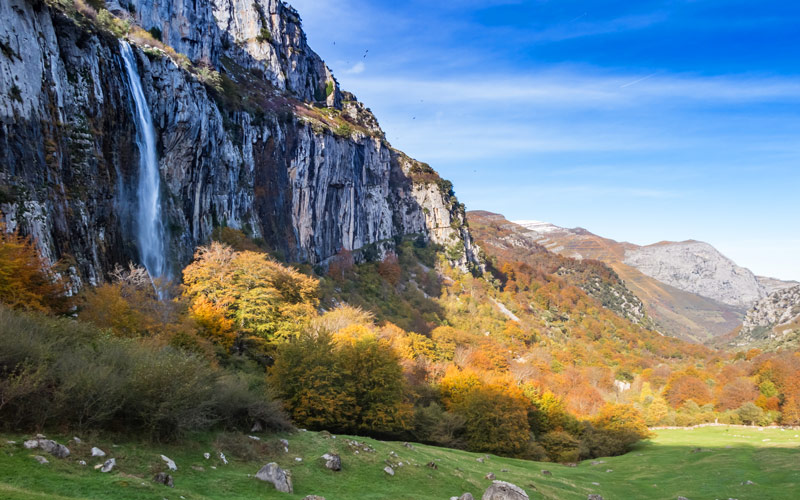 Source of the River Asón. | Shutterstock

To complete the route to the source of the Asón River or as an independent option, it is worth noting that there is the possibility of contemplating the waterfall from the same road. This is possible thanks to several viewpoints established for this purpose. The viewpoint of the Collados del Asón offers panoramic views of the whole mountain area. Very close by is the viewpoint of the Nacimiento del Río Asón; situated on a sharp bend, so extreme care must be taken. This last one has the best views of the waterfall. 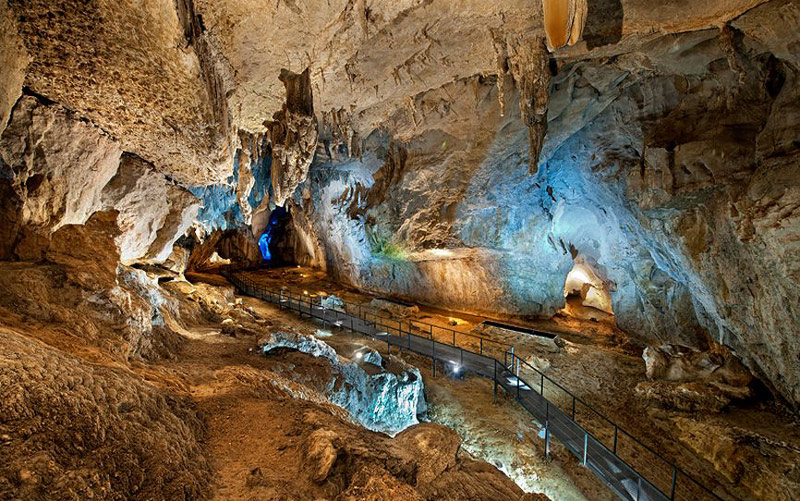 The village of Ramales de la Victoria is half an hour away by car. If you have some extra time, here you can find the cave of La Cullalvera and the cave of Covalanas. The first one comprises a karstic complex of 12 kilometres where the geological forms are most fascinating. The second cave is smaller and is located in the lower section of the Asón river valley. One of its galleries has Palaeolithic cave paintings.

Those who are still strong enough can put the icing on the cake by visiting the Visitor Centre of the Collados del Asón Natural Park; which is located in the village of La Gándara, also in the Soba Valley. The centre is perfect for expanding your knowledge thanks to its permanent exhibition on the ethnographic and natural values that helped the Collados del Asón to be declared a natural park. The exhibition also highlights the river ecosystems that exist in the valley; as well as the stocks of Atlantic salmon. 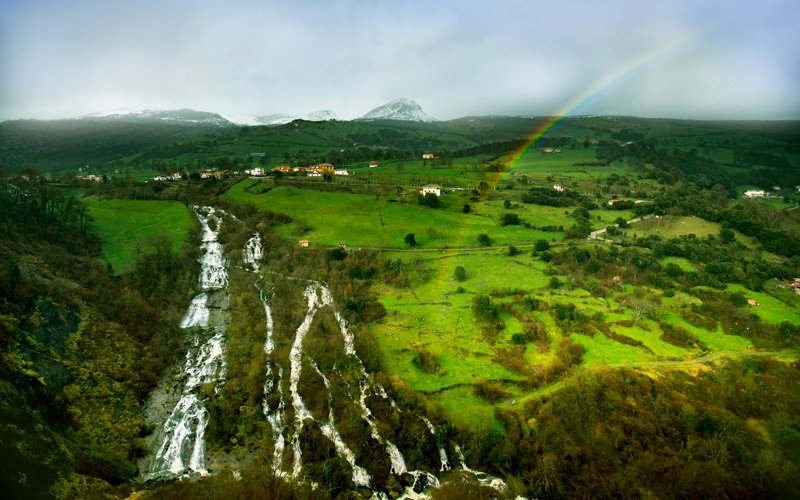 But this is not all. The Gándara is another of the gems that Cantabria hides, as the source of the river that gives its name to the village is nearby. The water emerges from the ground in an unexpected way, forming streams of the most spectacular kind. However, the most striking feature is the viewpoint located over the void near the visitor centre. From here you can follow a path that runs through extensive meadows and ends at the Mirador de la Reina. From the viewpoint the waterfalls of the river Gándara are worthy of a postcard; although it is certainly not a viewpoint suitable for those who suffer from vertigo.