Although summer and winter are the holiday periods par excellence, the third season of the year also has a lot to offer. The alternatives range from spectacular valleys to impressive forests. There are also great landmarks to admire, such as the deer ruts or the equinoctial plays of light. Whether you like beech forests or beaches, north or south, there is surely a perfect autumn getaway for you in Spain. 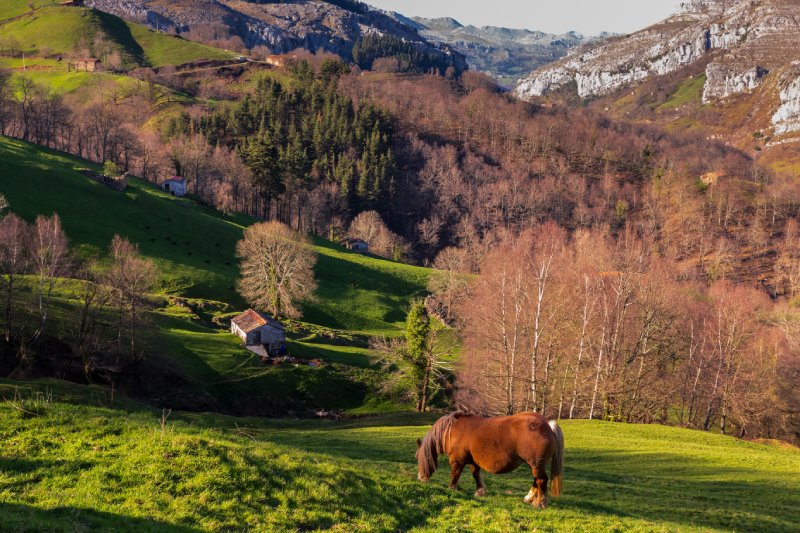 View of the Pas Valley

This Cantabrian location is ideal for getting to know the Pas Valley. The peculiar stone architecture of this area combines perfectly with the play of green and ochre of the landscape. A setting where beautiful Romanesque buildings such as the Collegiate Church of Santa Cruz de Castañeda stand out. Selaya and Valdecarriedo are nearby towns that complement the route. It is also possible to go to Espinosa de los Monteros, already in Burgos. As far as viewpoints are concerned, that of La Braguía, in the direction of Santander, is the most notable. For its part, the Pasiego cuisine, which is deep in its transhumant character, completes one of the best autumn getaways in Spain.

Tamajón is the best starting point for the best known route in the province of Guadalajara, that of the black villages. Its characteristic slate-based architecture, similar to that seen in Patones de Arriba in Madrid, is the main attraction. However, if you are in this review of autumn getaways in Spain, it is because of how well its surroundings blend in with this time of year. The rain looks very good in this landscape, as do the ochres of the leaves before they fall. Campillo de Ranas, Valverde de los Arroyos or Majaelrayo are other villages to visit.

Apart from the advantage of easy access to the area from the capital of La Alcarria, another advantage of this autumn trip is that it allows you to visit the Tejera Negra beech forest. A World Heritage Site, it is located in the Sierra de Ayllon. One of its routes requires previous reservation via web, so it is convenient to carry out a good planning. If it is not raining and you have some experience in the mountains, the Pico del Lobo and the Ocejón are attractive options to complete your getaway. 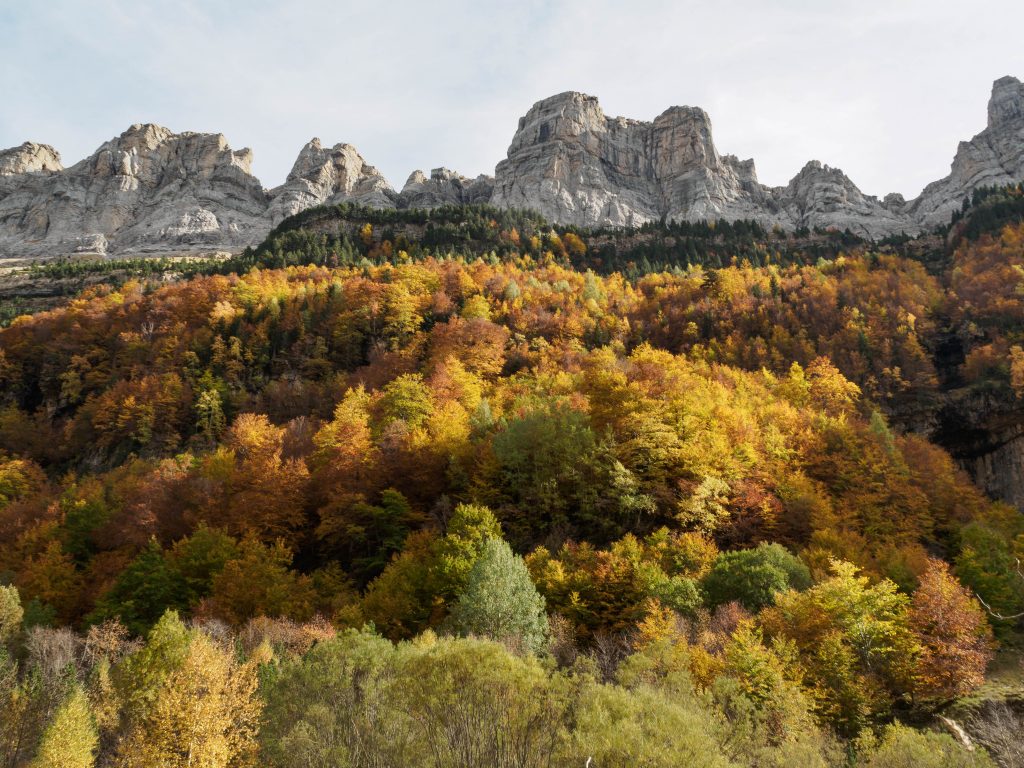 Located in the Pyrenees of Huesca, this is one of the most beautiful medieval villages in Spain. This defensive enclave had to deal with the French for a good part of its history. In this way, Torla presents itself as a whole with a strong defensive character. The remains of its castle, the large houses or the church of San Miguel are good examples of this. After walking through its streets, the Ordesa valley awaits, part of the national park of the same name, which in the autumn season looks spectacular.

Although the above can already be covered on a weekend, there are nearby destinations that serve as great complements. For example, Fanlo, also associated with the Ordesa and Monte Perdido National Park. Not far away is Jaca, an imposing medieval city, and San Juan de la Peña, one of the great monasteries of Spain. 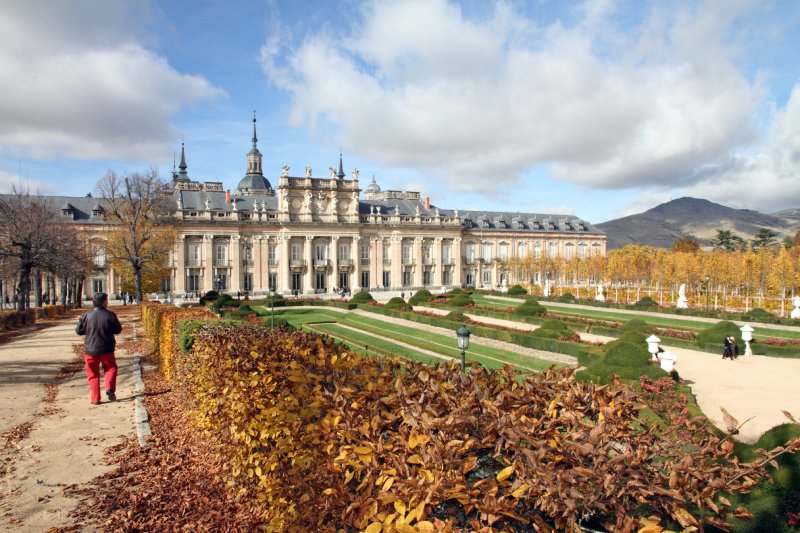 Granja de San Ildefonso, one of the best autumn getaways in Spain

There is no bad time to visit the Royal Palace of La Granja de San Ildefonso. In tandem with the Royal Glass Factory, it makes up one of the most beautiful complexes in Segovia. In the palace gardens, it is once again the play of colours typical of autumn that creates a fairytale setting. The picture is completed by several streams around the palace, as well as the Pontón reservoir. Some of the best hiking routes of these autumn getaways in Spain can be found there.

It is time to go to León to see one of the most beautiful forests in Spain, which becomes even better in the third season. The Faedo de Ciñera is located near the village of the same name. The route between trees, on fallen leaves, is very evocative. In addition, Valporquero de Torio is very close by. This small village has some outstanding caves. In them you can admire limestone formations of enormous beauty, such as rooms full of stalactites and stalagmites.

Cazorla and its mountain ranges (Jaén) 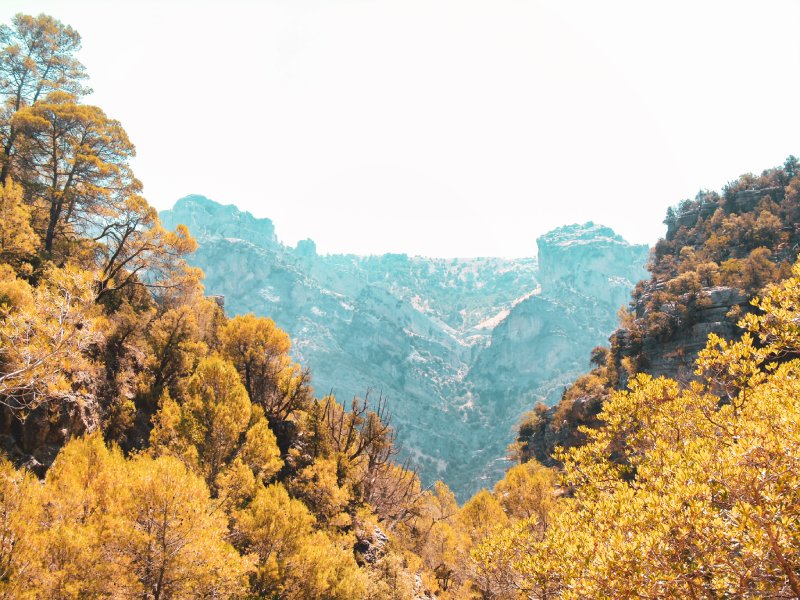 Views of the Cazorla Natural Park

Sierra de Cazorla is part of the largest natural park in Spain, the one that forms together with the Segura and Las Villas mountain ranges. After the harshness and heat of the summer, the area is experiencing a real resurgence. Diverse fruits grow, you can hear the deer ruts, species of passage such as the common starling come and green briefly reigns to give way to orange and yellow. A landscape that has a multitude of routes to travel and enjoy.

Meanwhile, Cazorla itself has many attractions. There are two fortifications here, as well as the ruins of the church of Santa Maria. The good temperatures and the remarkable cuisine of this town are incentives to choose this one among all the autumn getaways in Spain that we present to you.

The rutting season makes many places in Spain worth an autumn getaway. From the mountains of León to the aforementioned Cazorla in Jaén, the male deer rut and fight in order to preserve their territory and reproduce. A spectacle that is especially attractive in the Monfragüe National Park. The most outstanding natural area of Cáceres changes its colours and hosts these deer reproduction rituals.

A great place to visit the national park is in the north, in Plasencia. It is very well connected by car, so it is easy to get there and move around in the north of the province. As for the city itself, it has an enormous amount of heritage to enjoy, led by its two cathedrals. 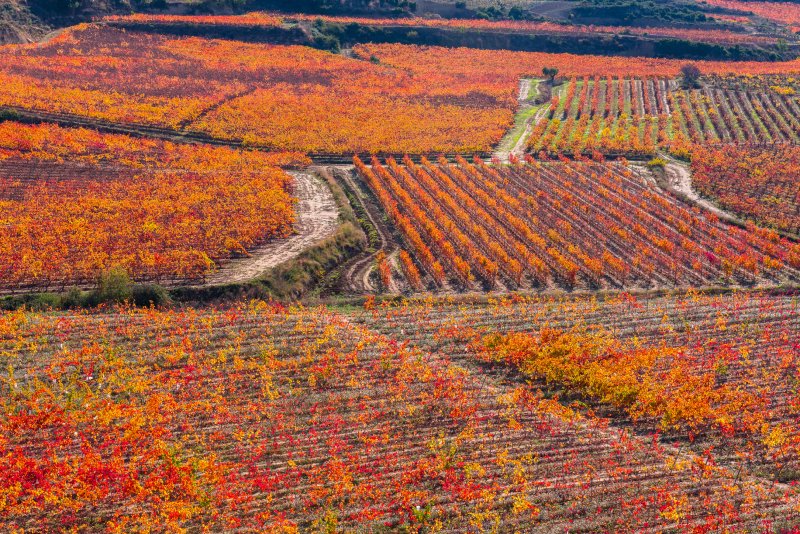 Vineyards in La Rioja in autumn

Although it is the beech and oak groves that usually dominate the autumn images, the vineyards also offer a great chromatic spectacle. One of the best areas of the country to see this is La Rioja, famous for its wines. Within the province, Haro. From its San Felices hermitage, where the Wine Battle takes place in summer, you can enjoy great views full of orange and red. From the town there are many alternative visits, such as Laguardia in Vitoria or Santo Domingo de la Calzada, part of the French Way to Santiago.

Mogán, one of our autumn getaways in Spain

If you want good weather, the Canary Islands are the best option. That is why they are included in this review for autumn getaways in Spain. Although Tenerife, Fuerteventura and Lanzarote also have great destinations, the one chosen is a municipality of Gran Canaria. This is Mogán, whose port is known as the “Venice of the Canaries”. A lot of sunshine all year round, fishing villages, beautiful beaches, impressive ravines and an exceptional cuisine are the elements that characterize this territory, also in the autumn season.

Frescoes from the Monastery of San Pedro de Burgal. | Wikimedia

Like Torla, Escaló is a very well preserved medieval village. Nearby is the Monastery of Sant Pere del Burgal, dating from the 11th century and with some remarkable Romanesque frescoes. However, it is the location of the town that offers the most possibilities. On the one hand, to the west is the Alt Pirineu Natural Park. On the other hand, to the east is the Aigüestortes National Park. Both are especially recommended in the third season. A good reason for this place in Lleida to be among the best autumn getaways in Spain. 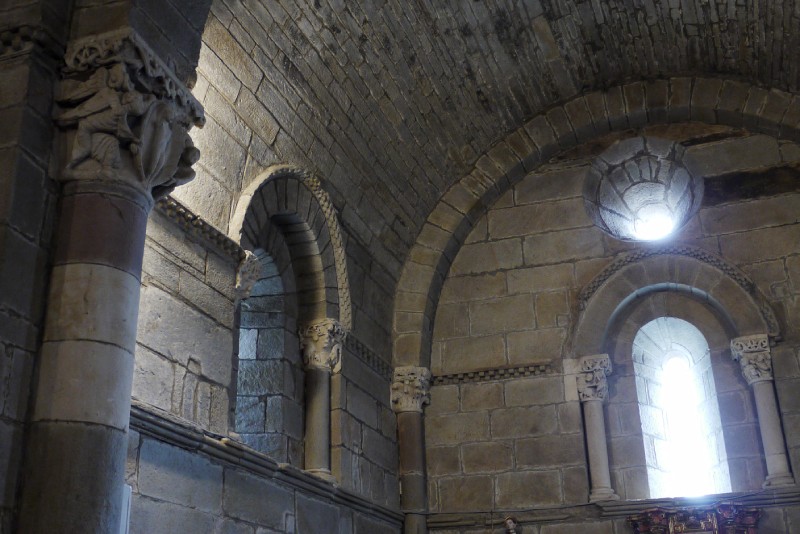 In the Way to Santiago, the Silver Way, is Santa Marta de Tera, part of the municipality of Camarzana de Tera. Its small church, which used to be part of an early medieval monastery, keeps a curious secret. It was discovered not long ago by its parish priest. Every equinox, on September 23rd, a beam of light passes through one of the eyes of the Romanesque temple to illuminate a capital. A subtle event that is repeated on the 21st of March. As if this were not enough, the same building has the oldest known image of Santiago de Compostela.

The municipal head is also worth a visit. There you can see the interesting Roman ruins of the villa Orpheus. Also in the Tera Valley is Mombuey, with a beautiful and stylish medieval tower. If you continue further on, following the Way to Santiago, you will reach Puebla de Sanabria and Galende, both by the famous Sanabria lake. 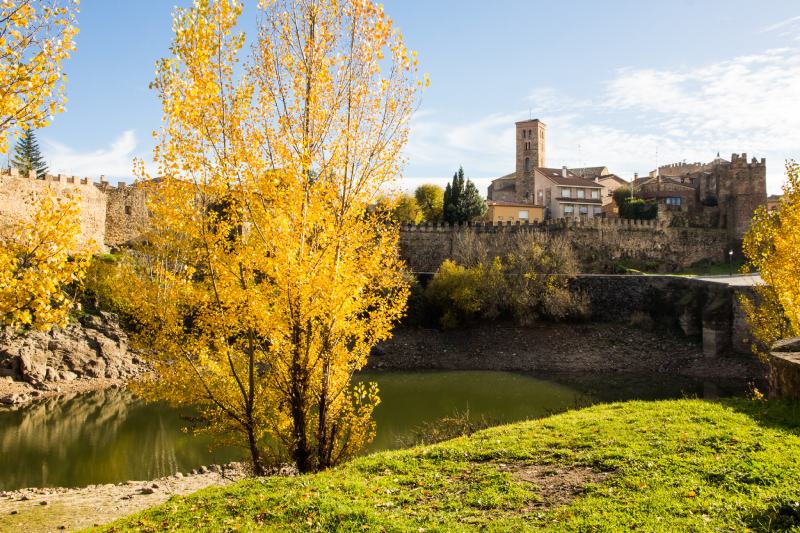 In the northern part of the Community of Madrid is one of its most beautiful villages. It is the well-known Buitrago de Lozoya. Its surroundings are one of the most accessible destinations from the capital, nestled between the Sierras de Ayllón and Guadarrama. In summer, the nearby pools and reservoirs are the main attraction. Meanwhile, in autumn it is time to move even further upwards to the Montejo beech forest. Like the Tejera Negra beechwood, it is a World Heritage Site. Together with the urban centre of Buitrago, it makes up a tandem worthy of being in the best autumn getaways in Spain.

A classic of autumn tourism, the Selva de Irati is one of the most exuberant pictures of this period. Its valleys, woods and the river that names it form an overwhelming whole. Close to the Pyrenees and towns such as Roncesvalles or Isaba, its gateway however is Ochagavía. In this town there is a Visitors’ Centre for the interpretation of the surrounding nature, which helps to appreciate the place much more.