The small island of Espalmador, just north of the island of Formentera, is an unknown place of Spain. And one of the best unspoiled paradises of crystalline waters in the Mediterranean. This delightful place has neither beach bars nor any buildings, but it transports its visitors to an authentic nirvana.

The charm of Espalmador 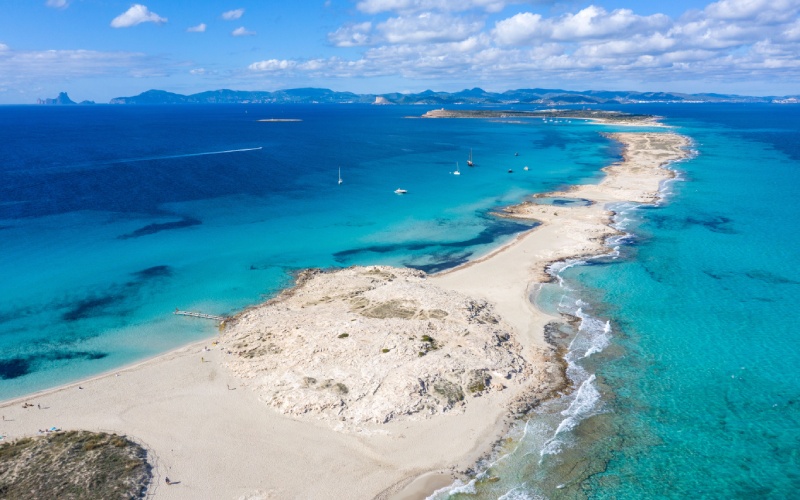 In the north of Formentera, an incredible tongue of sand stretches out and gives way to beaches on both sides. The Levante, Cavall and Illetes, chosen as one of the best in the world. It is from the latter that it is possible to enjoy one of the best views of Espalmador. Beyond it hides a path so secret that it can only be seen when the tide is at its lowest point. It is called es Trucadors and is the path that connects Formentera to the island of Espalmador.

Of course, this route is not recommended for swimming or walking due to the strong currents. With only 137 hectares, this exclusive island is part of the Ses Salines Natural Park. The name s’Espalmador comes from the action ‘espalmar’, that is, to carry out the maintenance of the boats.

A history full of adventures 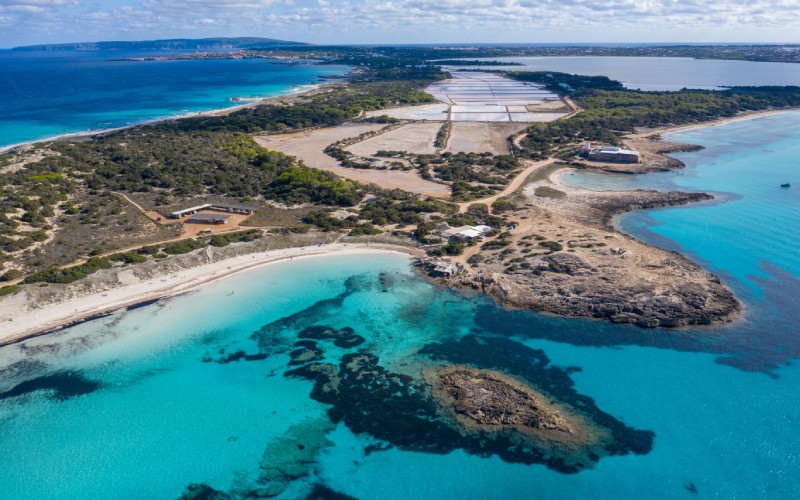 The oldest remains found on the site, although they have not yet been excavated, reveal the existence of a Punic settlement dating from the 3rd and 1st centuries BC. A site has also been detected to the north that could be the remains of an ancient Roman villa. The Tower of Sa Guardiola, the highest point of the place, watched over the corsairs who tried to dominate the strait between Ibiza and Formentera.

Presumably during the 16th and 17th centuries, with a depopulated Formentera, the area was the subject of bloody episodes of war between pirates and Ibicencos. Later, the resources of Espalmador began to be exploited, such as fishing and the extraction of marés, used for the construction of buildings. During the 20th century it was a key point for smuggling. In the north, it is also possible to visit a traditional farmhouse, Can Vidal, which has been inhabited since the 19th century by farm workers. Currently, the island is in private hands, those of a family from Luxembourg who bought Espalmador in 2018 from the Cinnamond family, who had owned it since 1932. This news had a certain repercussion and newspapers such as The Guardian published this fact in its digital edition.

A visit that you will never forget 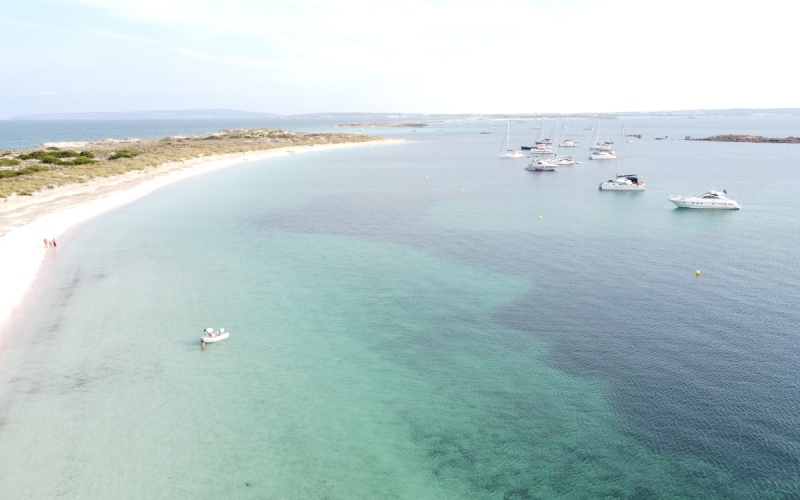 Its coastline full of cliffs and a grove of salt marshes are just some of the charms that make this destination a must for nature lovers. The island has three beaches, Sa Torreta, Cala Bosch and s’Alga with its characteristic crescent shape.

The atolls arranged in a ring shape as if they were a bouquet, such as Illa de Castelví, Illa de s’Alga, Illa de sa Torreta or Illa des Porcs with its symbolic lighthouse of En Pou, complete a set that has nothing to envy to the Caribbean landscapes. It is worth mentioning that most of the island’s beaches are nudist beaches with turquoise waters. Diving enthusiasts can enjoy the largest oceanic plain in the Mediterranean and declared a World Heritage Site.

An exceptional biological richness and many activities 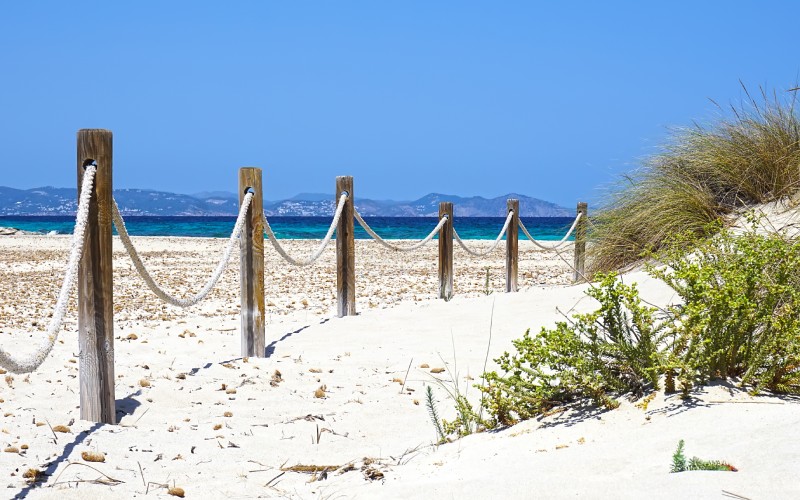 The most important thing about the island is, without a doubt, its exceptional biological richness. Rare species of seabirds such as the kentish plover, the stork or the shelducks have found shelter on the salt esplanade in the center of the island. With more than 265 species of flora, this natural space is protected by strict environmental laws, as are many other areas in Spain that serve as home for fauna and flora. The Bassa de Espalmador lagoon contains a liquid mud to which some attribute beneficial properties for blood circulation. The situation has forced the authorities to ban the practice of using this mud to cover the body, given that its benefits are unfounded and on more than one occasion have caused dermatitis or two. 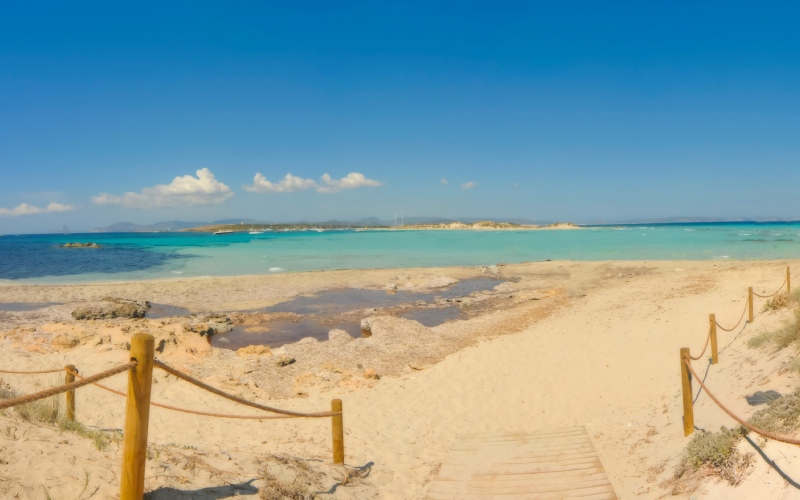 To reach this little piece of heaven it is only necessary to take a ferry from both the island of Ibiza and Formentera itself. Of course, if there is the possibility of arriving by private boat, this would be the best option. They are, without a doubt, some activities that are the best plan. Paddle surfing or diving, there is always an option available for all tastes.

Whatever it is, in this place, the kingdom of nature, you can only find peace and calm, a precious and often forgotten good.

Balearic Islands, formentera_lx, mediterranean sea
It may interest you...