Spain is undoubtedly a country with dreamlike and very special landscapes. Fortunately in the peninsula we have mountain landscapes, volcanoes and endless green fields. Also, of course, wonderful beaches and coves where getting lost is always a pleasure. The good weather that Spain offers in most months of the year, along with the sports and water activities that can be enjoyed, makes the options are varied. So, get to know the best beaches, dive into them and enjoy the sun, the Spanish gastronomy and the best beaches.

Cortina cove is undoubtedly one of the most outstanding beaches in Murcia. Its good climate and the ease of access to it, added to its clean and calm waters, make Cortina cove one of the favorite beaches of the Murcian territory. 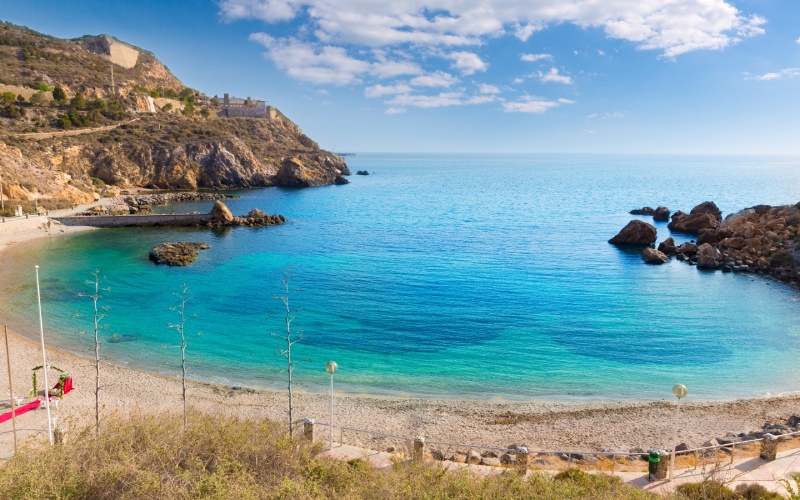 Las Teresitas beach is one of the most emblematic beaches offered by the city of Santa Cruz de Tenerife. It is one of the best options to enjoy the tropical temperatures of the island throughout the year. Its beaches, its history and its people, close and friendly, make Santa Cruz a must visit 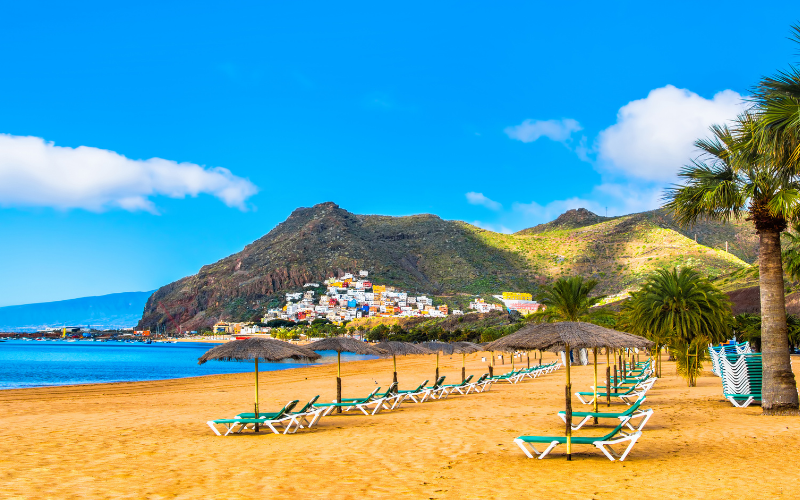 Las Catedrales Beach, is one of the most different and picturesque beaches offered by the Spanish geography. Its name is due to the fact that the sea has sculpted arches, walls and other architectural figures, reminiscent of a cathedral. For that reason, it was baptized as Praia das Catedrais or in its translation “Beach of the cathedrals”. 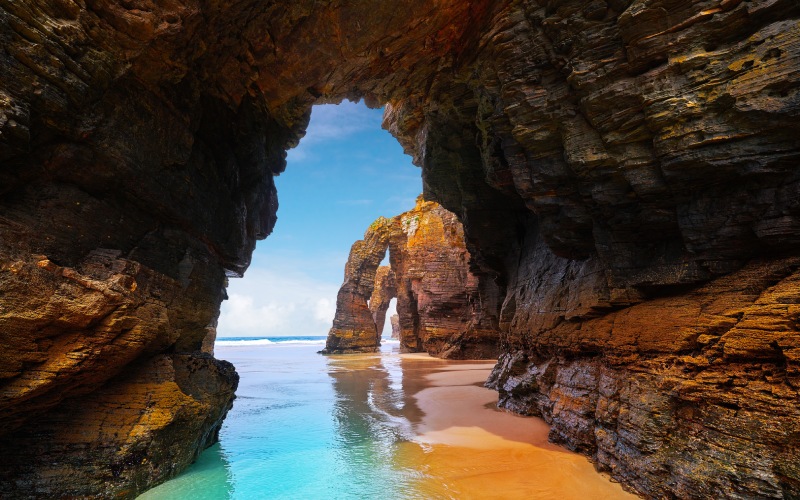 Malvarrosa beach is one of the most visited beaches in the Valencian Community. Its large promenade, its long beach of fine sand and crystal clear water, has made it worthy of receiving for many consecutive years the blue flag certificate of the European Union. 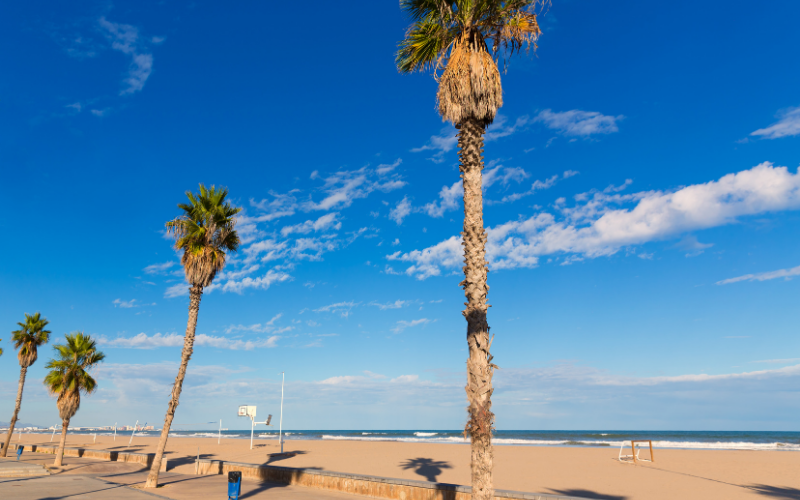 Caños de Meca Beach, is one of the most special in Cadiz. It offers mainly tranquility and a dreamlike setting between green and turquoise waters. The halo of mysticism of this beach, which was the residence of the hippie communes of Cadiz, is still present.

Maro beach is located in Nerja and is considered one of the best beaches in Andalusia. It has a simply stunning scenery, as it is between cliffs and coves. In addition, it has clean and crystalline waters that will meet anyone’s expectations. 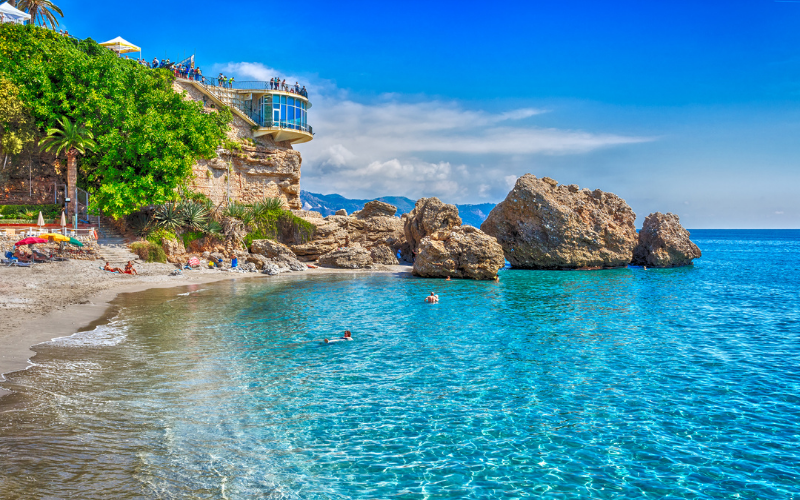 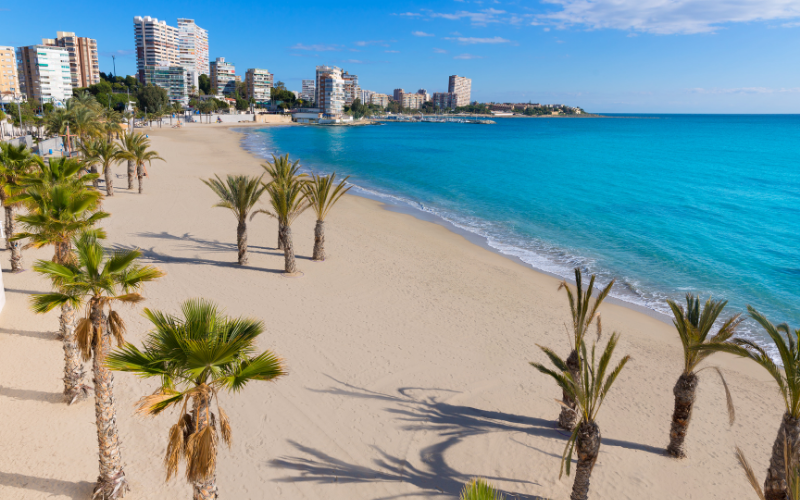 Torimbia beach is one of those beaches that you must look at more than once to verify that you are not dreaming. It seems incredible that these intense colors are present in this beach of Llanes. How could it be otherwise, it has to be in this selection of the 9 best beaches in Spain. 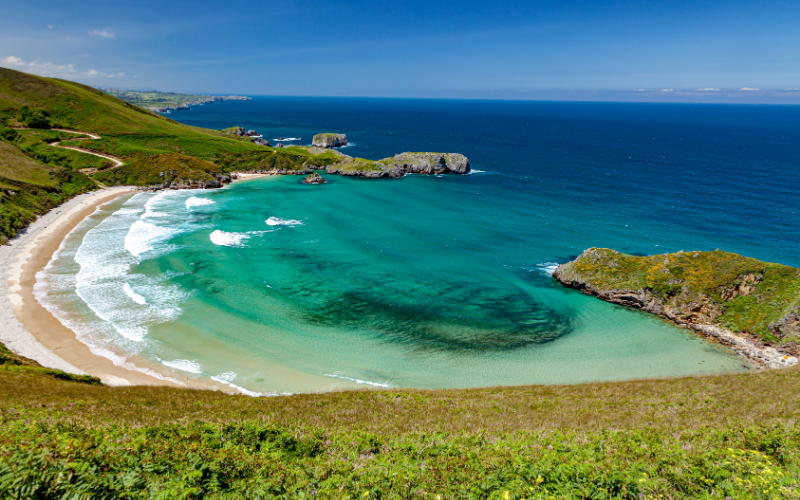 View from above of Torimbia beach (Llanes)| Shutterstock

Atlantis beach is one of the most atypical and special beaches in Spain. It is accessed through a beautiful path from which you will see the cliff and from which you will have spectacular views. The most magical thing about this beach, are the paintings on the rocks that the hippies adorned, without a doubt, a beach worthy of being part of this list. 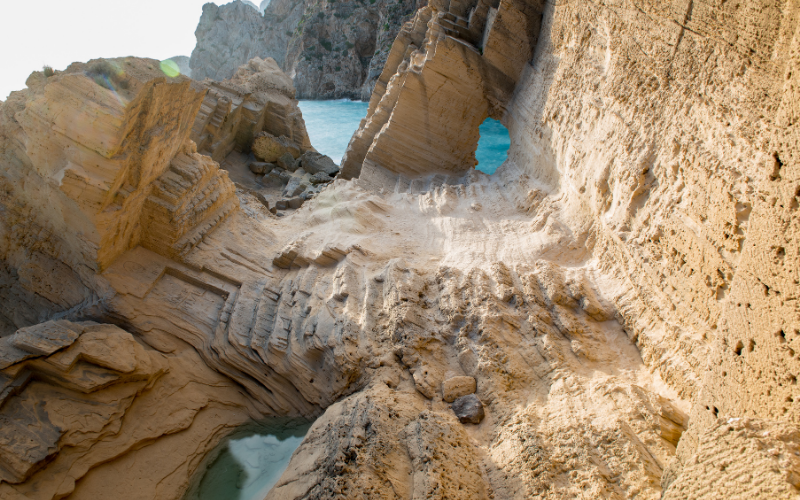