Arriving to Benijo beach is no easy task, which is perhaps why it was until recently one of Tenerife’s best-kept secrets. When you think of this beautiful island, you probably imagine a place where there are kilometers of beaches with crystal-clear waters crowded with tourists looking for sun. This is Tenerife, of course, but it is also everything that Benijo beach is. This beach sums up a good the essence of the island.

Benijo beach has much of the volcanic nature of the island: black sand and huge mountains. Also, the ocean in front of the visitor’s eyes. Sunsets impossible to forget, shapes that combine perfectly with the Atlantic. This beach has been a secret until now, but it will soon stop to be so. And then no one will want to be the last to discover it. Or to understand why it is so. 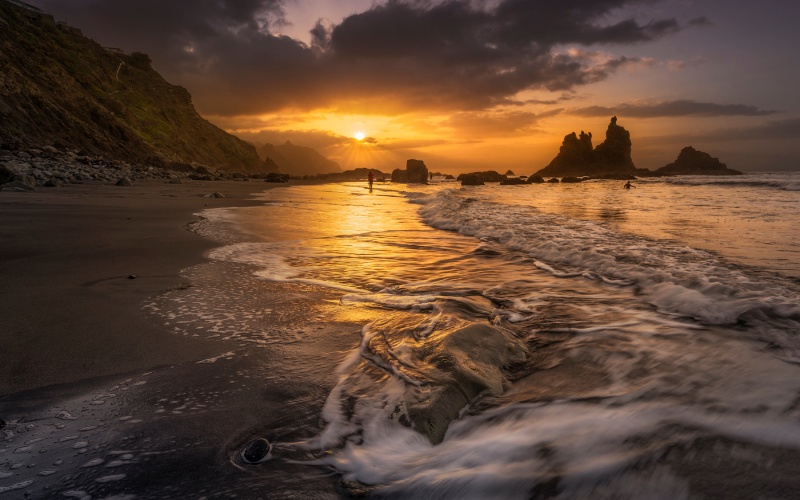 It is not easy to conquer the Benijo beach. Located in the north of Tenerife, it must be approached from villages such as Taganana. A path built with steps leads down to its black sand. But remember that just as you go down, you have to go up. It takes a little effort, between fifteen and twenty minutes, but the visitor will feel, without exception, that it is worth it. Benijo beach is an unspoilt beach, even wild, with no services beyond those offered by nature itself, the protagonist of this beach.

Despite the fact that this area is one of the most charming on the island, the truth is that there are still few who dare to visit it. For all these reasons, because of these difficulties, Benijo beach always has an average occupancy rate in the summer months. It is never crowded. There is space to move around, breathe and lay a towel while enjoying the endless ocean. Especially when the tide is low, as the sea makes its own conquest and at certain times of the day covers the volcanic sand with its waters. 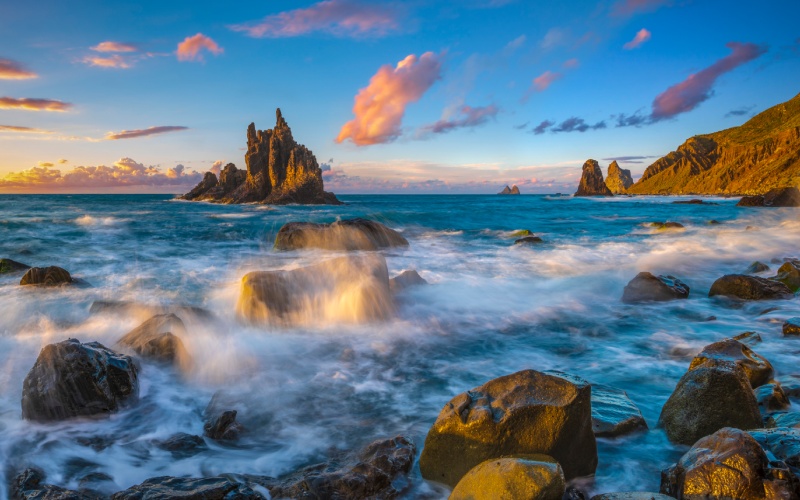 These waters are fierce waters, which is why it is also a perfect area for sports such as surfing. You don’t have to go too deep to dive in, as the waves and currents are strong, but a responsible swim will also be a pleasurable swim, especially for the views. The Benijo beach stands out above all for its shapes: impressive volcanic rocks rise up from the seabed. And also, later on, its memories: Benijo beach, so particular, so unique, is unforgettable. 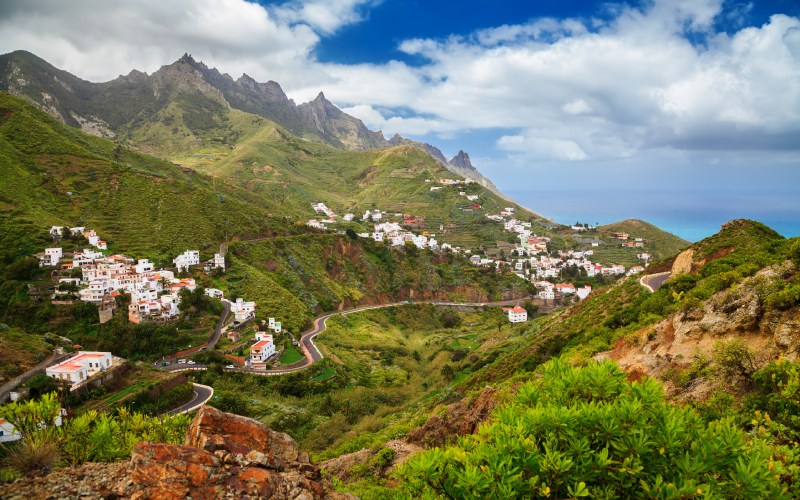 Taganana is one of the beautiful villages in the area. | Shutterstock

Benijo beach is part of the Anaga Rural Park, declared a Biosphere Reserve. In its surroundings, therefore, one will find nature of great value that has maintained its richness. 14,500 hectares of valleys, mountains, cliffs and beaches such as this one. Or the Roque de Las Bodegas beach, which also offers landscapes that you would think you could only dream of. The truth is that, due to the characteristics of the island, the north coast is a treat for the eyes.

You can also, of course, visit the small villages that dot the area, such as Taganana. With its whitewashed houses, hidden in the mountains, Taganana may be the perfect place from which to set off for a day at the beach. Not far from there, the Risco Amogoje viewpoint offers a panoramic view of the area that gives a good idea of what this Anaga Rural Park is all about. Its forests, its trails, its many possibilities… The north of Tenerife in general, and Benijo beach in particular, is still the secret of the privileged.

A unique beach in a unique environment 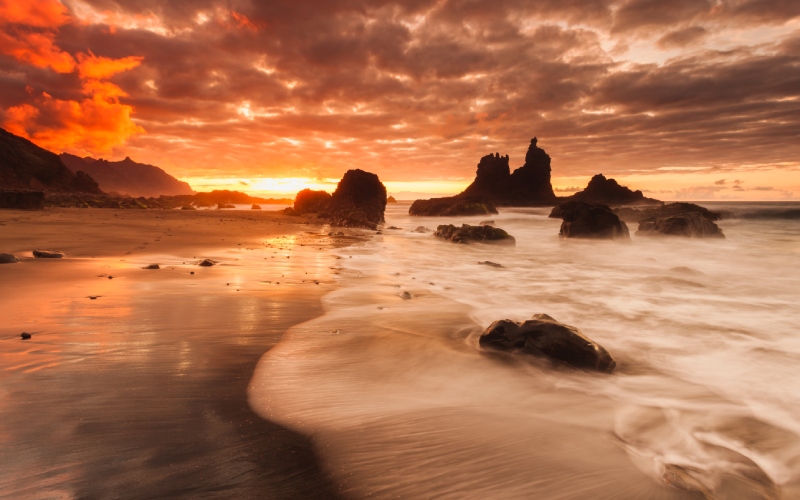 The sunsets, the strength of the sea and the natural forms of Benijo beach are just amazing.| Shutterstock

Summer is coming and with it, in this beautiful country, comes the desire to cool off. To swim, to enjoy the water and its possibilities. With this beach and more to come, we aim to show you the best bathing areas on the peninsula and the islands. Benijo beach is one of those spots that can conquer any traveller. But they should not forget, in any case, that the sea and its strength must be respected.

With this respect always in mind, Benijo beach is a perfect spot for the summer. One of those places that remain in the memory with the passing of time. A beach to be enjoyed and never forgotten. The perfect place to soak in the water and enjoy the gift of nature at its purest.