The province of Jaén is popular for its ‘sea of olive trees’, for having the best extra virgin olive oil and for its tapas. This sometimes means that its natural sites go unnoticed, despite the fact that it is home to the largest protected area in Spain: the Sierras de Cazorla Nature Reserve.

Although it has always been a transit area and is located a short distance from Granada, it is still one of the most unknown. But choosing the most beautiful natural spots in Jaén is a real challenge, as the province is home to several gems that are well worth a visit. 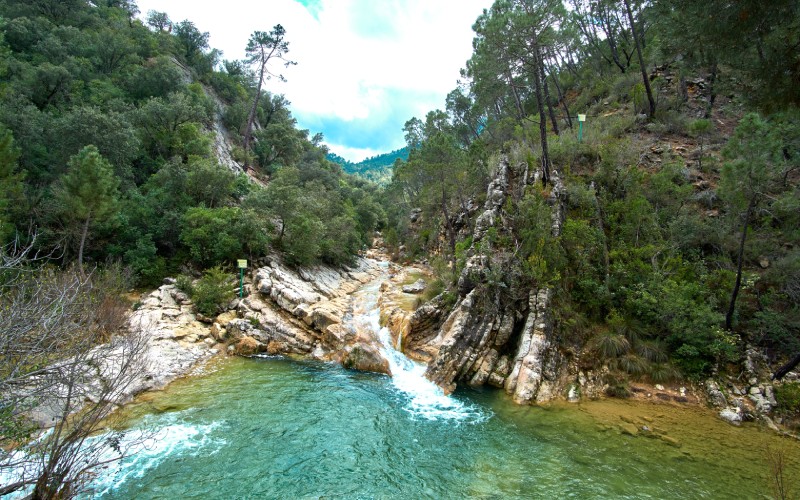 Considering that it is the largest protected area in Spain, it is not surprising that it is home to the most special natural spots in the area. It is located in the northwest of the province of Jaén. Of course, one of the best things to do in Cazorla is to enjoy its hiking routes. Some of the best known are the route of the Cerezuelo River, which runs through several villages in the middle of nature, or the route of the Linarejos Waterfall and the Cerrada del Utrero, with some of the most photographed landscapes in the Natural Park. However, the most famous is the route of the Borosa River. 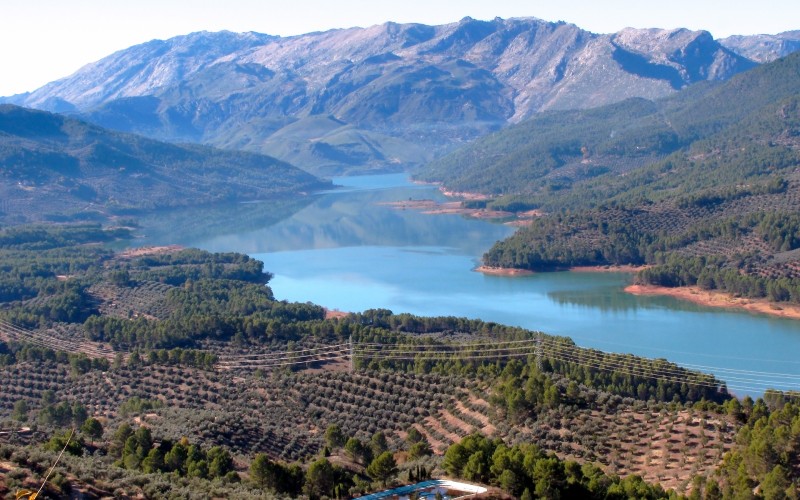 It is worth mentioning the municipality of Santiago-Pontones, that belongs to the Sierra de Cazorla Natural Park. The village has a rich historical and artistic heritage, but it is also known for its natural jewels. Here you can find the Tranco reservoir, one of the largest in Spain and of great ecological importance. The Félix Rodríguez de la Fuente route runs through this municipality and is very popular with hikers and animal lovers, with information panels on the area’s wildlife. Coto Ríos is also a point of tourist interest. 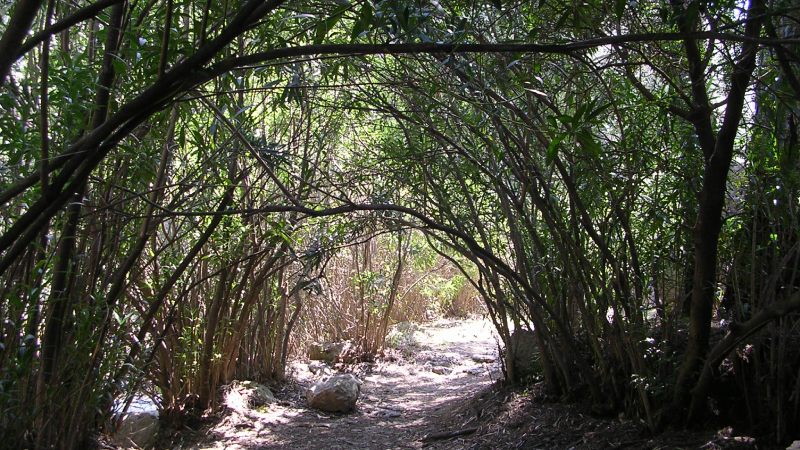 A must-see in Sierra Mágina, the Paraje de Cuadros is located four kilometres from Bedmar. It is one of the largest oleander forests in Europe, with more than two kilometers of extension that meanders along the blue and cold waters of its river. An ideal place to spend the day along the river, to rest in its peaceful picnic areas or to visit the Sanctuary of the Virgen de Cuadros. It is also possible to visit the Cueva del Agua (water cave) next to the chapel. It is a place full of rural houses, perfect for disconnecting. 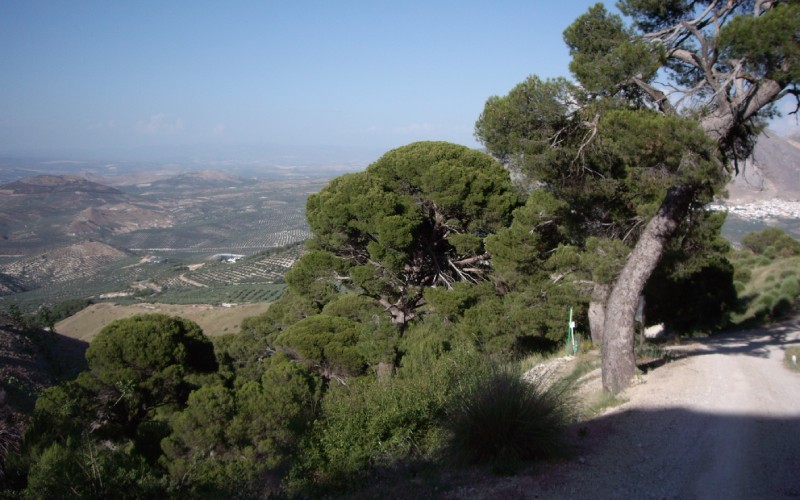 The Pinar de Cánava is a beautiful forest ecosystem in the Natural Park of Sierra Mágina, where the Aleppo pine is the protagonist. It has more than 120 species, some of them with more than 250 years. There is a four-kilometre hiking route that connects the most fascinating natural spaces in the area. It starts at the Hermitage of Cánava, next to a recreational area, and then runs through the Pinar de Cánava Natural Monument until it reaches the Graja cave. Besides, this cave has been declared a Natural Historic Monument and houses some cave paintings. 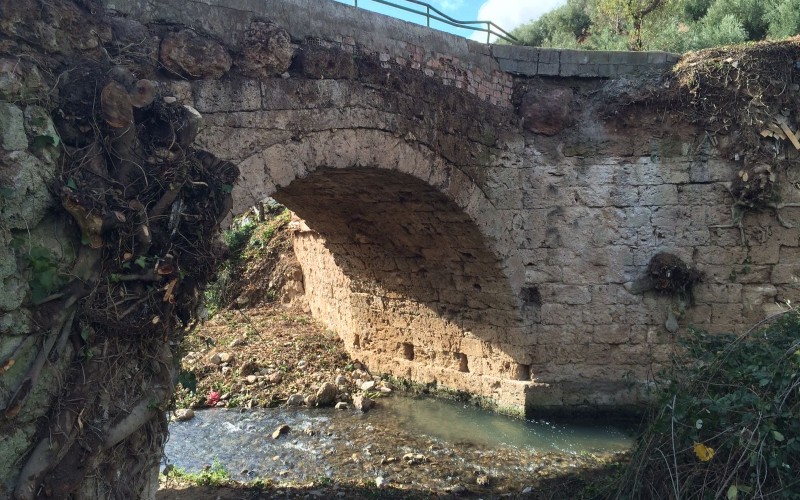 Located in the heart of the Sierra Sur of Jaén, it is an place known for its famous waterfall with a drop of more than 15 meters. Also, for the erosion caused by the Vadillo River. It is a place with autochthonous vegetation that provides a unique environment, full of tuff formations and cavities. It is possible to follow a simple route, suitable for children, signposted and with wooden walkways that border the river. A real gift for the senses. 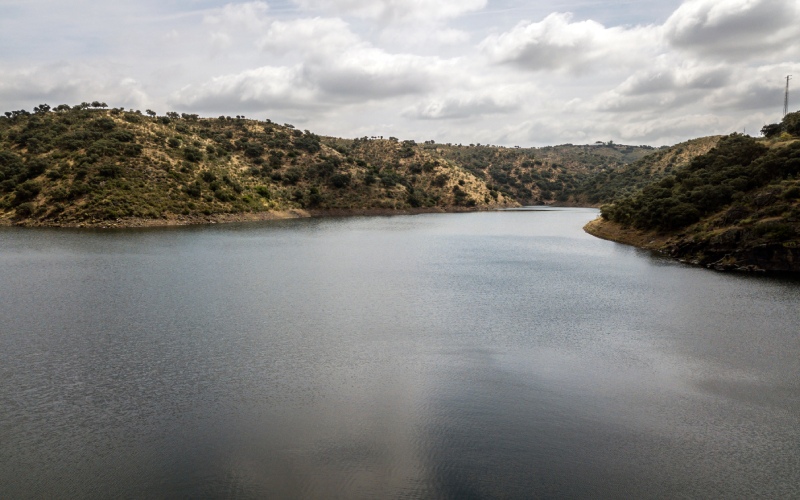 In Jaén there is a beach, or at least a haven of peace to combat the province’s hot summer. In Baños de la Encina you will find the Rumblar reservoir, a large reserve that contains the Tamujoso beach. Although there are no sea views, it is possible to enjoy the views of the ‘sea of olive trees’ so characteristic of the area. Ideal for enjoying a day at the beach, sunbathing, kayaking or swimming.

Torres is one of those film locations, its location gives it a unique microclimate with pleasant temperatures, but very rainy. This allows the proliferation of cherry trees all over the place, you don’t need to go to Japan to enjoy this natural spectacle.

The best way to enjoy the cherry blossom in all its splendour is to visit in spring. To do so, you can take a hiking route to the Fuenmayor spring, which also houses the Zurreón waterfall. 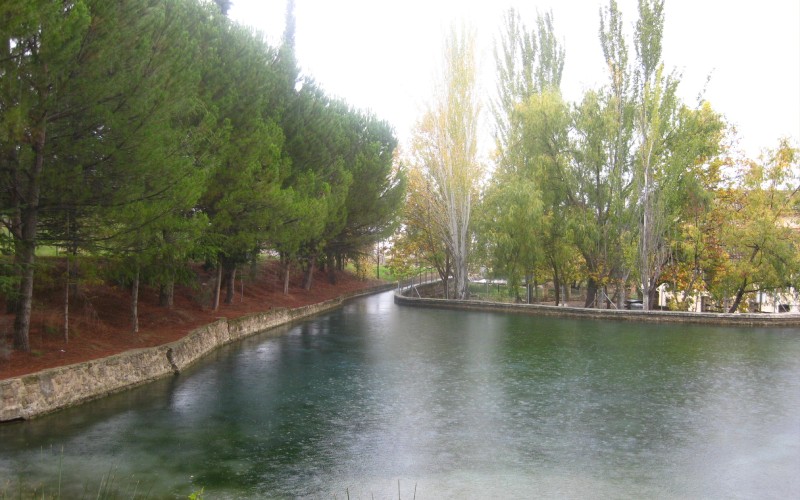 Located in the municipality of Cambil is the source of the River Arbuniel, also known as El Nacimiento del Agua. It is one of the largest and most important springs in Sierra Mágina. Next to the spring is the town centre of Arbuniel, as well as an old power station that used to use the waters of the river. It is equipped with picnic areas and shade under the trees to enjoy a day off. 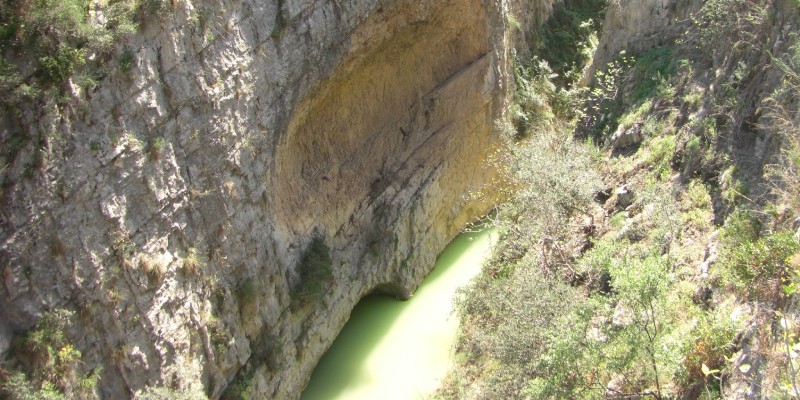 Located a few kilometres from Jaén, next to the Puente de la Sierra, this is one of the most popular recreational areas to escape the burning summer. It is a narrow gorge formed by the erosive action of the Eliche River. In some sections it narrows to a width of no more than one metre between its two walls.

At the beginning there is an old trout farm, a perfect place for active tourism activities such as hiking or canyoning. The route is somewhat abandoned, although work is already underway to improve it. It is possible to visit the place with children if you only go to the beginning of the river, the rest of the route is suitable only for the more adventurous. True gems of Andalusia.