With the arrival of good weather, this route becomes, to say the least, appealing. The Mediterranean at its best manifests itself in cliff after cliff in a breathtaking landscape. The rock formations that rise above the sea give us the purest and wildest Mediterranean scenery. A linear route with the starting line at Moraig cove, bathed in crystal clear water and the finish line at Llebeig cove, another cove that has nothing to envy to other paradisiacal coves. The Benitatxell route is one of the most visited of the Costa Blanca and it is located in a town with the same name of the Valencian Community. 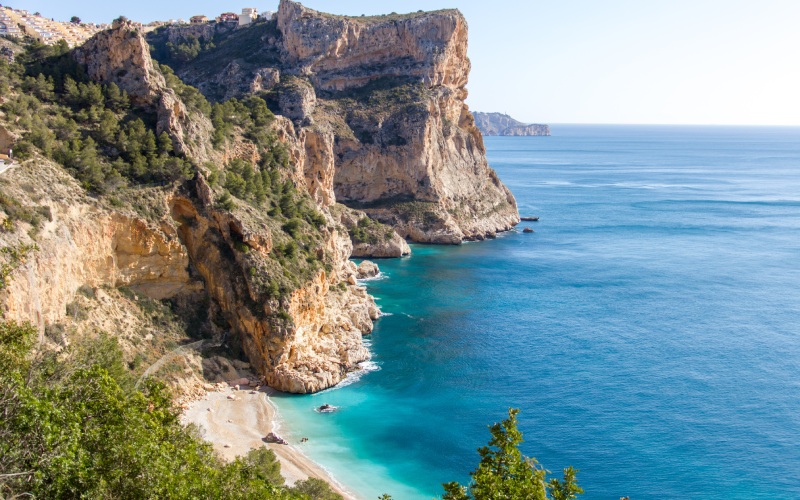 Moraig cove, one of the most beautiful coves on the Costa Blanca. | Shutterstock

We begin the route of the cliffs of Benitatxell in the popular cove of Moraig. The views of this cove tempt us to go down and dive under the Mediterranean. And perhaps this is the best option before starting the route. The crystal clear waters are the perfect opportunity to enjoy a spectacle of marine life. This cove has the reputation of being one of the most beautiful beaches on the Costa Blanca. 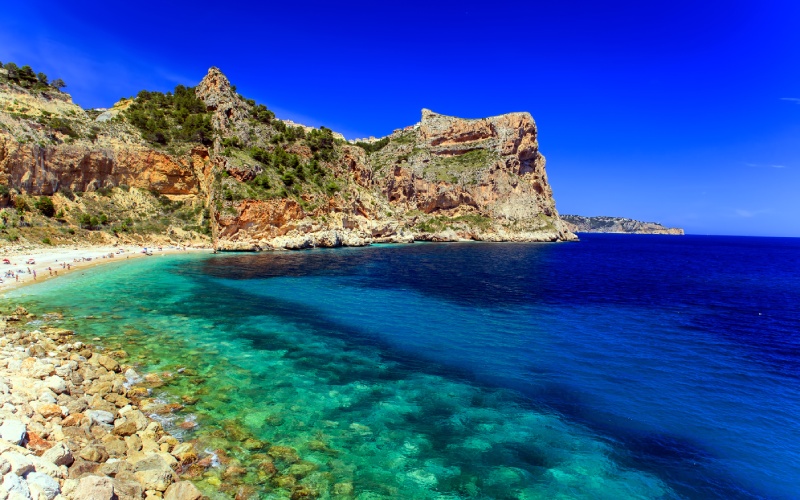 Several vertiginous cliffs escort us along this route, some even exceeding a hundred metres in height, such as the Morró Falquí, guarded by the Falla del Moraig, a rocky formation that stands imposing at the beginning of the route of Benitatxell, and a symbol of it. But this is not the only surprise on this route. Some mysterious caves await the arrival of visitors, waiting to be discovered. 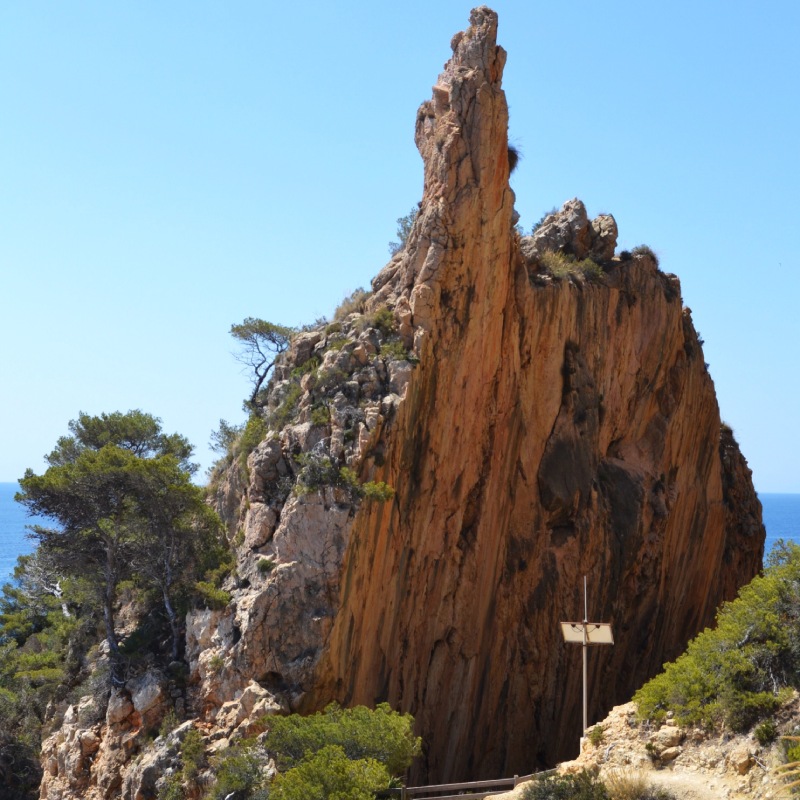 The secrets of the route of Benitatxell

The first of these is the most impressive of all: the Cova dels Arcs. A few minutes away from the Moraig cove, this cave is the exit to the sea of the longest underground water course in Spain. We recommend that you descend with caution, as the rocky ground is quite slippery, although this impressive cave hides many treasures for the most intrepid divers, and from here you can watch a dreamlike sunset. 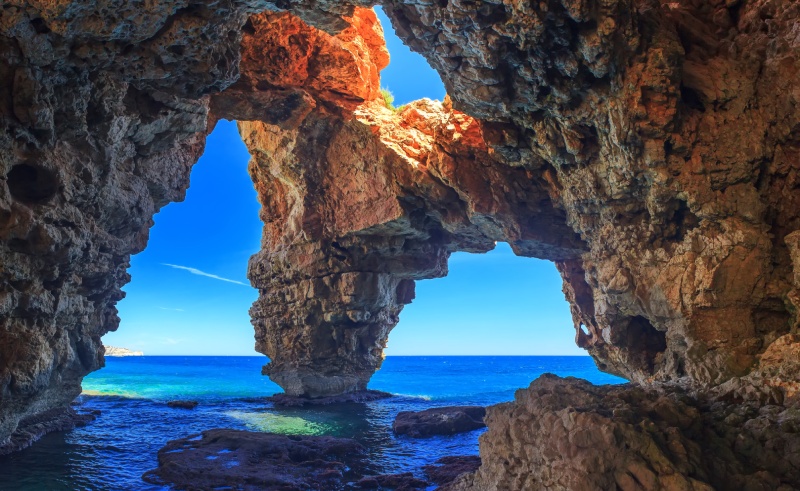 Ready for an unexpected visit to the former home of the area’s fishermen and smugglers? The Cova dels Arcs is not the only one on the Benitatxell cliffs route. They are still quite well preserved and they certainly deserve a stop on this route. The icing on the cake is just around the corner: the Llebeig cove. 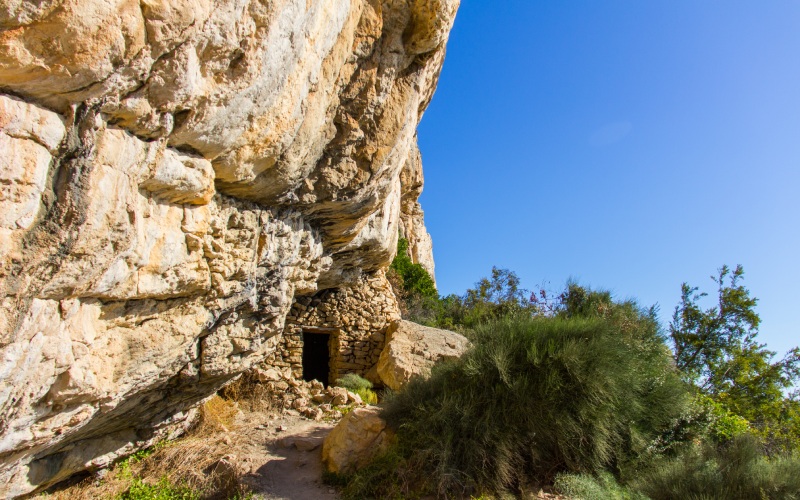 View of an old fishermen’s cave in the Benitatxell area. | Shutterstock

The desire to discover this unspoilt and unique cove increases during the route. And Llebeig cove does not disappoint. Smaller than the Moraig cove, but with a lot to offer. The descent to this cove is perhaps the most difficult part of the route, but still accessible to all. It is guarded by some abandoned smugglers’ houses, which used to be a lookout post for this area. A swim in this cove is also not to be missed to get your strength back to Moraig cove. 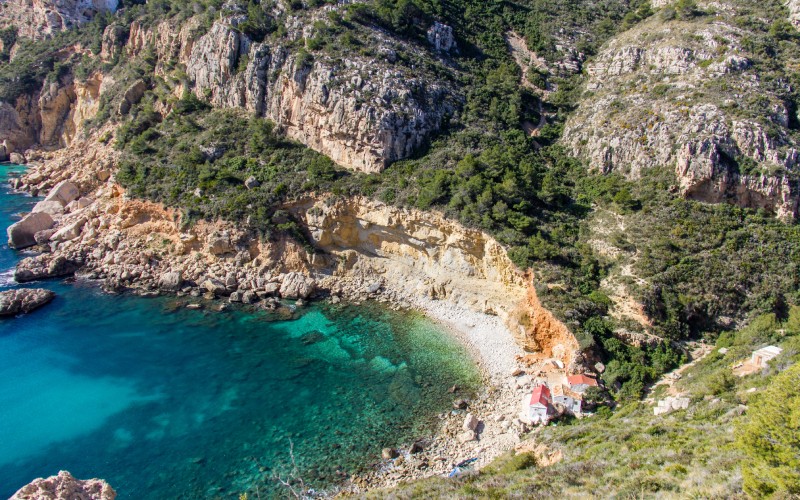 One last recommendation before finishing

The route of the cliffs of Benitatxell is quite safe, suitable for tourists with vertigo and easy to discover. However, you have to be careful with the hot months. The sun is strong in this area and it is recommended to do it out of the high season. Children from the age of 5 or 6 and up can also enjoy the wonders of this route almost without any problems. This route is one of the most beautiful ones of Alicante. A couple of hours of disconnection, breathtaking views and a good swim to finish in the best possible way. 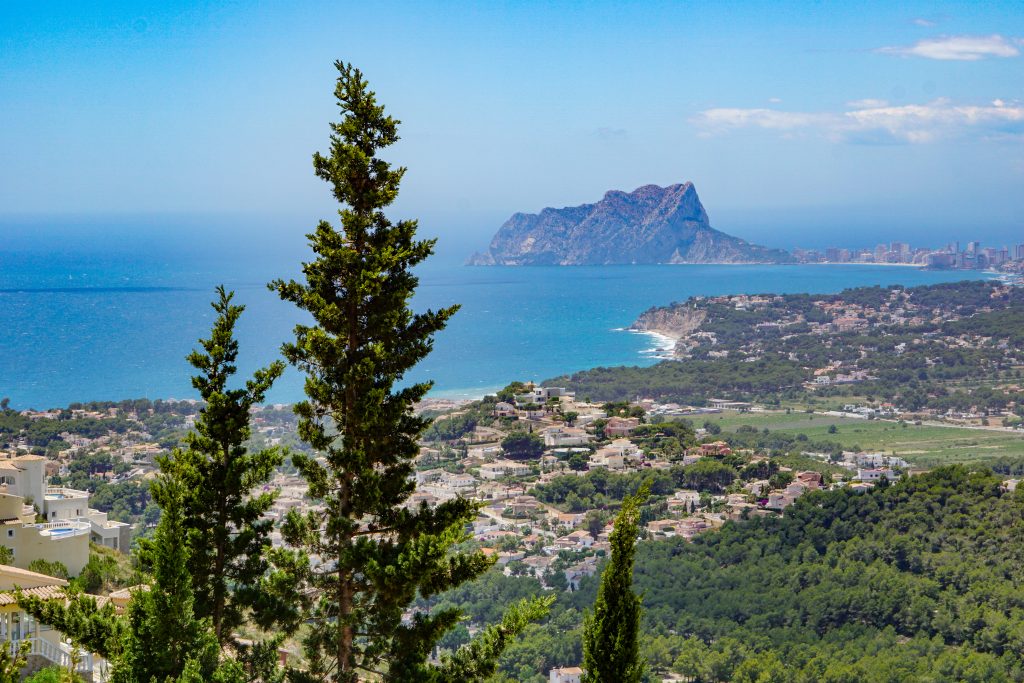 Views of the Benitatxell cliffs. | Shutterstock