The route that rests on an old mining railroad, splashed by rivers and Asturian villages. The jungle green color imposes itself strongly in the mythical Bear Path. It is considered one of the best known and most visited greenways in Spain and is the second most popular in Asturias, after the Cares route. Frequented by tourists from all over the world, this path is ideal for cycling or walking, in stages. Everything to enjoy these landscapes to the fullest.

More than 40 kilometers of lush vegetation, characteristic of northern Spain, reveal to hikers one of the best preserved natural sites in this community. Home of the Asturian brown bear, one of the most endangered species in the country. A flat and easy path to do with the family, suitable for all ages and with all kinds of amenities and services available to the visitor. 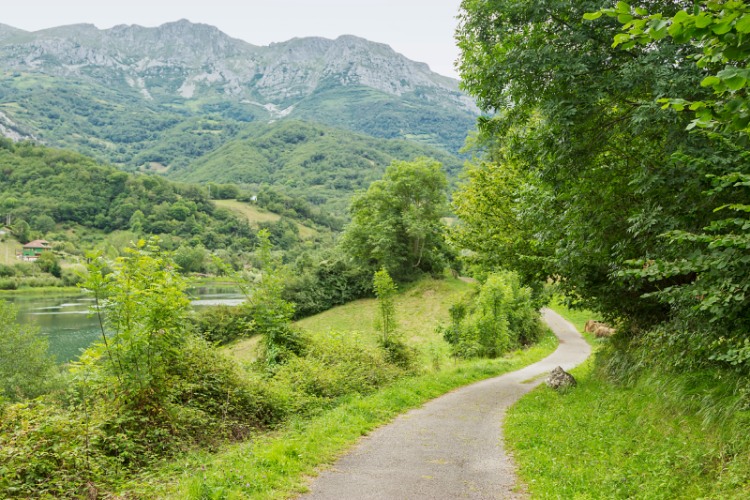 The Bear Path is one of the greatest representations of nature in northern Spain. | Shutterstock

The greedy inhabitant of the Bear Path

Along with the capercaillie and the lynx, the Asturian brown bear is one of the most endangered species of Spanish fauna. Climber, runner and tireless swimmer. Haunted for its fat and fur for the manufacture of coats, it is the smallest brown bear subspecies in the world. For years they were severely punished by hunting, which is why, today, we try to make visitors to this trail aware of their value. 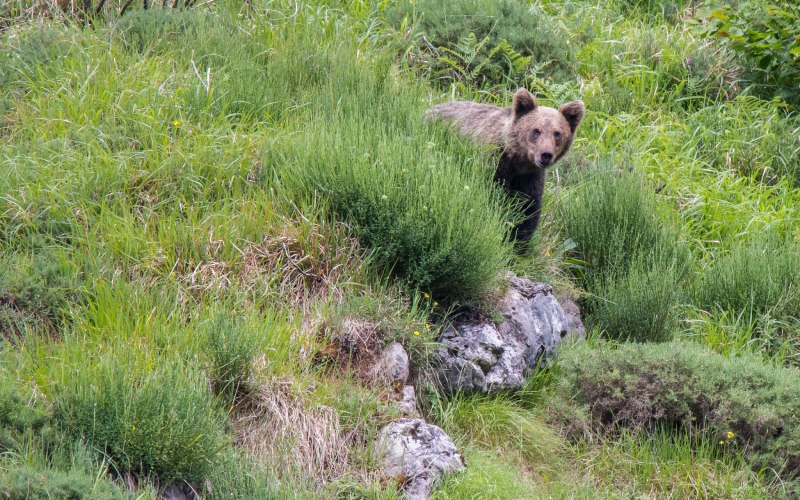 An Asturian brown bear watching behind the greenery. | Shutterstock

One marvel after another to discover the deepest Asturias

The Bear Path is the result of the passage of some of the trains that crossed this road, loaded with materials to and from different production areas around the community. It crosses the Asturian councils of Quirós, Santo Adriano, Proaza and Teverga. Crossing tunnels, dizzying gorges and rivers, the ascending path starts in the rest area of the village of Tuñón, belonging to the council of Santo Adriano, and ends in Entrago. But if, on the other hand, you have little time and the priority is to say hello to these animals, it is advisable to start from Buyera and go to the bear enclosure. In less than one kilometer you will witness a spectacle. There is also the possibility of doing the descending route, which means, doing it in the opposite direction. 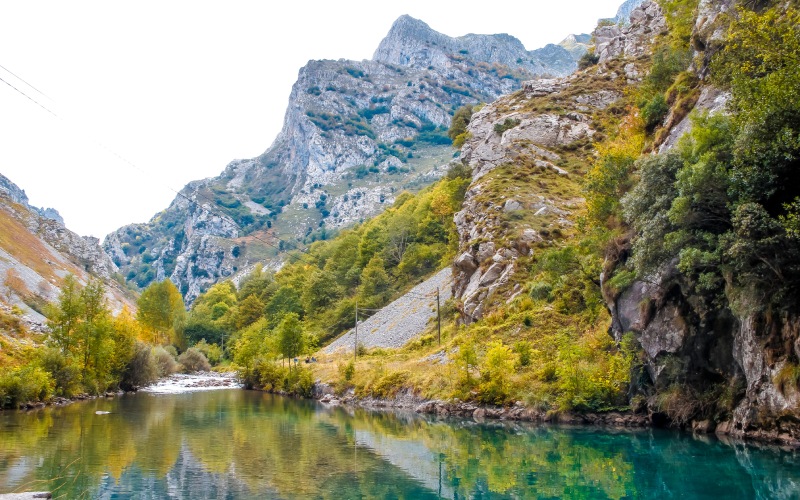 Lake in the Quirós valley. | Shutterstock

Anyway, there are a many options for the hiker to choose the one that best suits his desires and to delight his senses with views that will exceed all expectations. Cycling along this trail is one of the most popular options for visitors. In fact, it is so popular among cyclists because of its accessibility and, above all, its scenery. If the intention is to embark on a two-wheeled adventure, it is best to take a linear route and have a service at the end of the stage to return to the starting point. 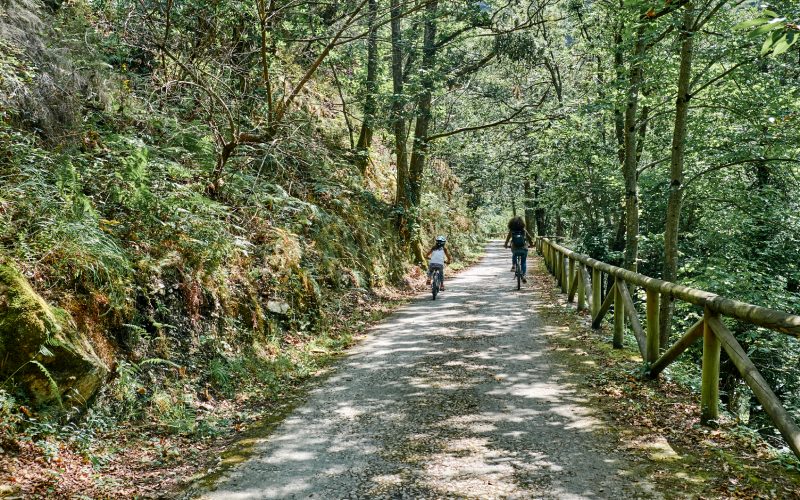 Hundreds of cyclists ride the Bear Path every year. | Shutterstock

Along the path you will find many services available to visitors: bike rental, organized routes and cabs in the various villages that the route crosses, for those who venture to walk the Bear Path on foot and enjoy it in stages. Everything to make this route unforgettable and remain forever engraved in the memory of the traveler.

The main attraction, as you may have guessed, is undoubtedly the sighting of Asturian brown bears. Due to the massive hunting of this animal some years ago, there are few species in freedom. The best option is to visit two very friendly bears that eagerly await the arrival of spectators. They were named Paca and Molina and have been raised and protected by the Asturias Bear Foundation (FOA), an important organization dedicated to safeguarding this species of brown bear and raising awareness of its value. After greeting these two magnificent creatures that attract all eyes, the route continues from the Asturian council of Proaza to Entrago, the end point of the trail. 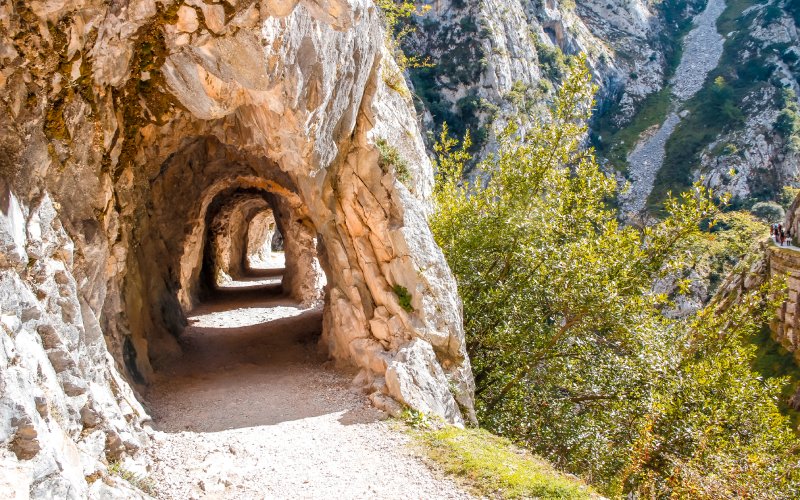 In the last section we find the Huerta Cave, a treasure that houses rock art of great value. Nestled in the wild environment of the Camín Real, is this karst cave, which was declared a Natural Monument in 2002. It is one of the most appreciated sections of the Bear Path by hikers and is home to no less than three different species of bats.

The Bear Path has it all. Full of picnic areas and places to enjoy the Asturian natural environment, every year it receives visitors willing to let time stand still in one of the most beautiful communities in Spain.

ASTURIAS, natural monument, natural parks, Route
It may interest you...