Northern Spain is fortunate to have a port for everyone: traditional, modern, fishing, sporting, large, small, in cities, in villages. The evolution of the northern part of the Iberian Peninsula is intrinsically linked to the evolution of these places.

The northern ports offered shelter to ships, boosted the economy of these coasts and contributed to the centralization of trade. Whether for their history, their importance or simply for their beauty, many of them are worthy of a visit. As the saying goes, there is no fair wind for those who do not know which harbor to head for. 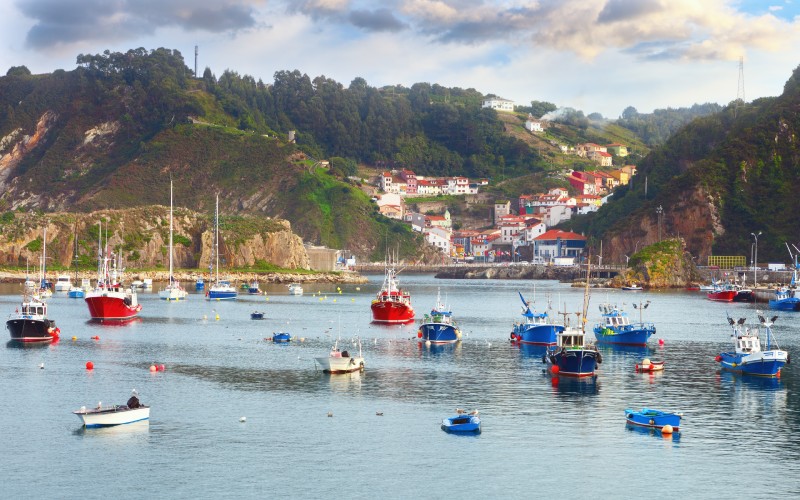 The port of Cudillero. | Shutterstock

The creation of Cudillero as a fishing harbor took place in the 13th century. Throughout the Middle Ages, this small port, dependent on the town of Pravia, remained quite active. In the Modern Age it was consolidated as an Asturian fishing center and its inhabitants built a dock and a castle to defend themselves from raids. In the 19th century, Cudillero achieved the desired autonomy and a century later undertook an expansion of the port.

This town on the green Asturian coast attracts a large number of visitors during the summer season, and no wonder why. The harbor, located to the west of the Rebollera point, gives rise to a most picturesque view. The typical colorful little houses rise from the sea along a hillside, creating a unique visual effect. The seagulls that continuously fly over the location, contribute to the sensation of a landscape taken from a painting. 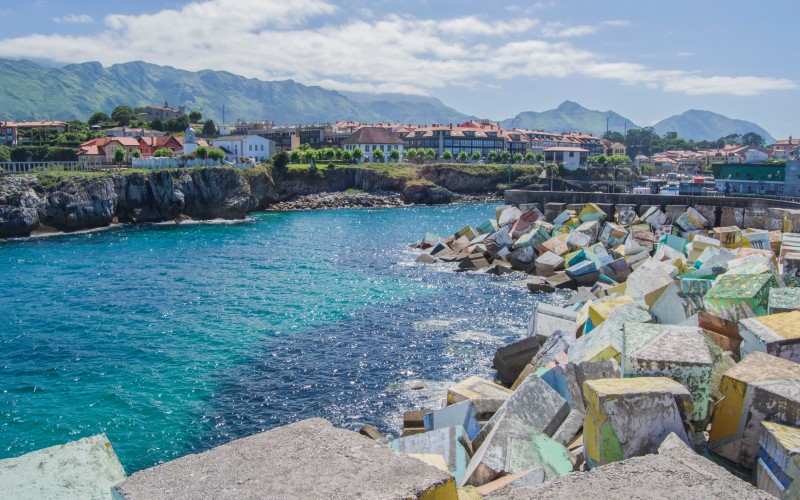 Port of Llanes in Asturias. | Shutterstock

The council of Llanes is located on the edge of the Cantabrian Sea, very close to the Picos de Europa. This town has a traditional Asturian port, which has undergone some modifications in recent times. Currently, it serves as a marina and maintains a limited fishing activity. However, the port of Llanes hides a lot of history behind it.

In the 14th century, Llanes had a thriving harbor that traded with Andalusia, Portugal, France, the Netherlands and England. In the following centuries the port activity flourished, becoming also an important fishing place. A curious fact is that in 1588, 65 sailors of the Invincible Armada embarked in four llaniscas galleys to fight against the English. At the beginning of the 2000s, the artist Agustín Ibarrola implanted in the breakwater of the harbor  his work Los Cubos de la Memoria, a creation that does not leave indifferent. 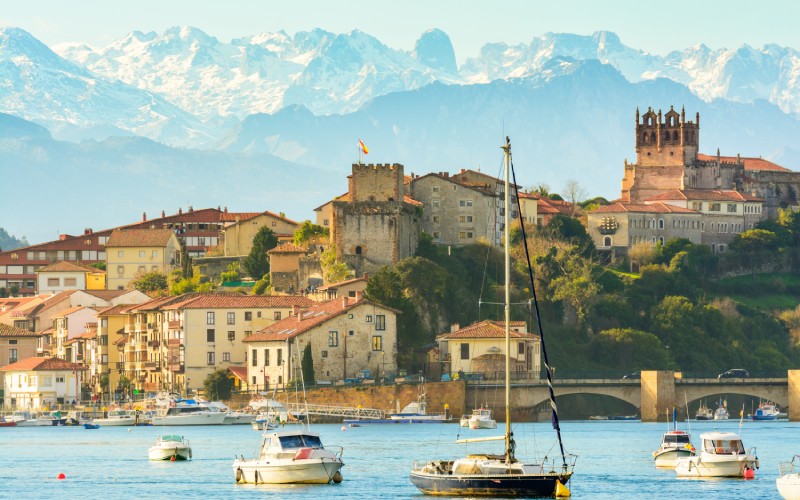 San Vicente de la Barquera is one of the great fishing villages of the Cantabrian coast. The fishing port, on which the development of this town has revolved, continues to be one of the most important in the region. It has a capacity for 150 moorings and most of the moored vessels are shallow draft fishing boats, due to its shallow depth.

But if this port stands out for anything, it is because it is the site of the traditional festival of San Vicente: La Folía. This celebration is framed after Easter and commemorates the arrival of its patron saint, the Virgin Barquera. The festivity consists of a pilgrimage on the high seas. The sailors carry the image to the port, where they place it on a table near the pier. It is then taken by water to its temple on a fishing boat decorated with branches, flowers and flags. 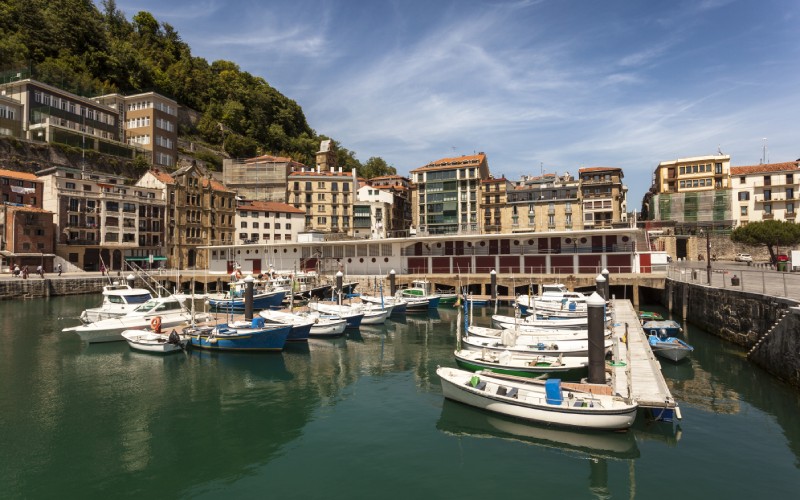 The port of San Sebastián dates back to the 15th century and is located in the Bay of La Concha, south of Mount Urgull. Throughout the 18th century, several improvement projects were proposed, but it was not until the 19th century that work began. In recent years, the harbor has undergone intense modernization. The services and facilities have also been equipped with the latest technology.

The port of San Sebastian is a symbol of the most traditional Guipúzcoa. It is always a good idea to walk along the Paseo Nuevo, from the Zurriola beach to the old town. In this way, visitors can marvel at the picturesque mosaic of ships that rest in this emblematic place. Also, a visit to the city’s Naval Museum is an excellent option to delve into the fascinating history of this harbor. 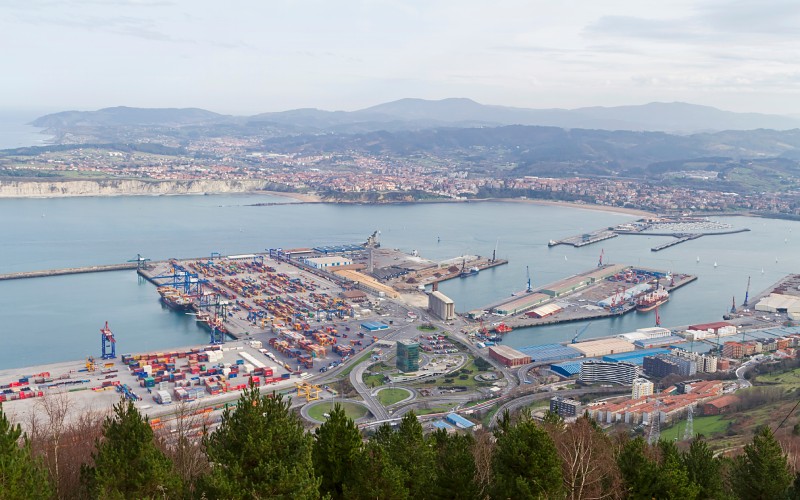 The port of Bilbao, framed at the mouth of the Nervion estuary, is the most important port in northern Spain. It was founded more than 700 years ago, although it is not impossible to suppose that it could have been used in earlier times. In fact, the town was founded after the port. Ships used to reach the church of San Antón, just outside the walls.

At the end of the 19th century, there was a great expansion of industrial and port activity. Shipbuilding and shipping companies grew up around the port. Thus, in 1877 Evaristo de Churruca y Brunet took charge of the remodeling works of the outer port of Bilbao. In the 20th century, the network of docks that make up the port and make it one of the most important in Europe was formed. 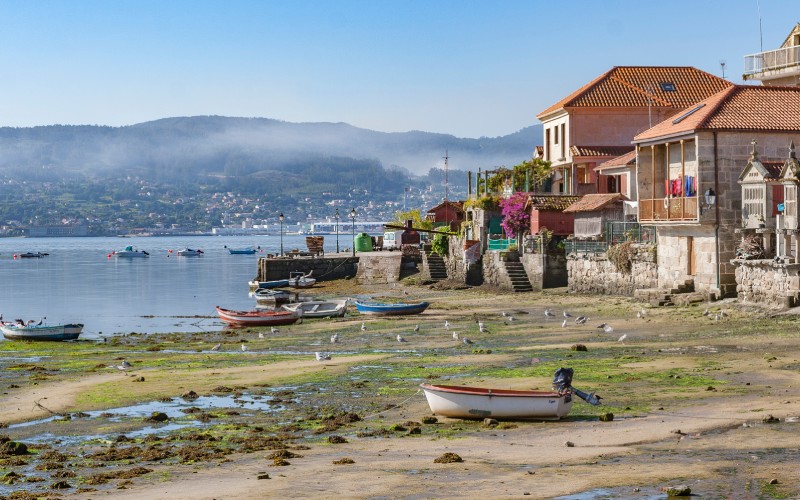 The Rías Baixas are an incredible place for sailing. In the Ría of Pontevedra, in particular, is located in a privileged location the Port of Combarro. This fishing village has been declared of cultural interest and as a Historic Site.

Although if there is something that characterizes this parish of the municipality of Poio are its horreos and cruises. The horreos are a construction designed to protect food from moisture and certain animals, and keep them in good condition for consumption. From the port of Combarro you can contemplate the hórreos with the mountain behind and the sea in front, a spectacle worth seeing. 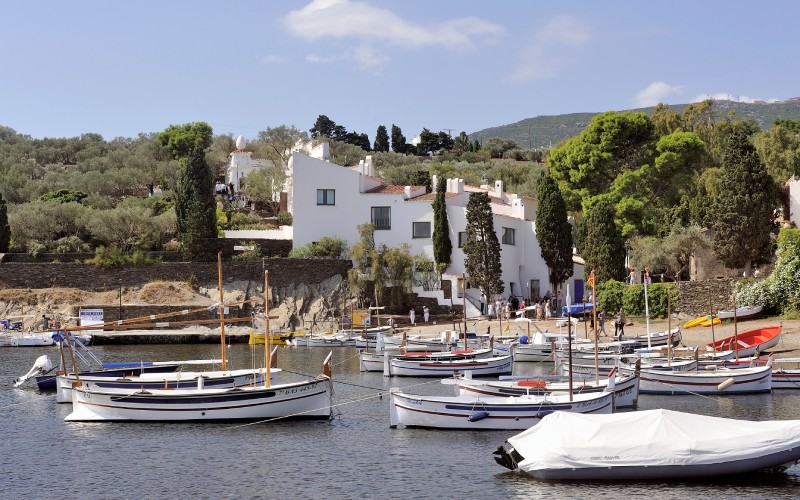 Portlligat is a small Mediterranean village located in the Girona municipality of Cadaqués. This village, located in a cove of Cap de Creus, is considered one of the most beautiful in all Catalonia. A tiny wild fishing harbor makes its way to what was once the residence of Salvador Dalí.

The typical and colorful fishing boats float on crystal clear turquoise waters. The orography of Portlligat is characterized by a small bay sheltered from the Mediterranean Sea and the island of Portlligat. The internationally known artist immortalized this dreamy spot in some of his most famous works.