Spain is the most biodiverse country in Europe and has a wealth of forests of all types. Several have been recognized as World Heritage Sites by UNESCO, and some are even considered the best preserved in Europe. However, many of these natural jewels go unnoticed by tourists, remaining unspoiled and with an almost untouched beauty. A complete route through the most spectacular forests in Spain, full of legends, fascinating fauna and flora. 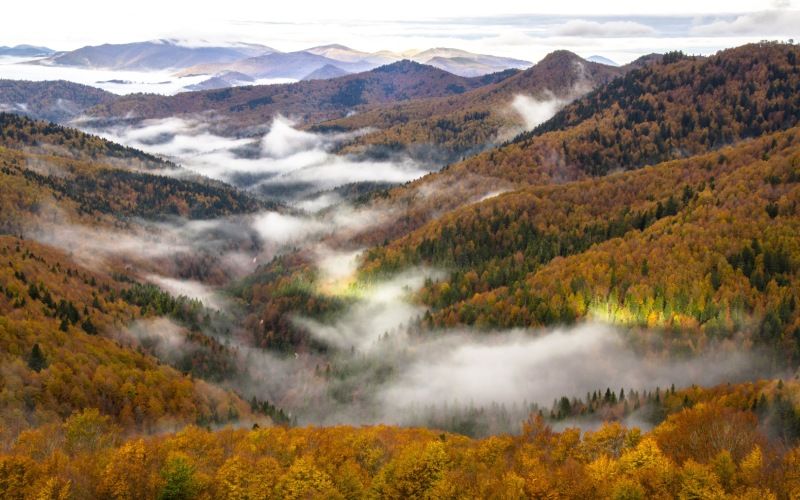 The Irati Forest is located in the north of Navarra, between the valleys of Aezkoa and Salazar. It is the largest oak forest in Spain, even the second largest beech forest in Europe. It has 17,000 hectares and is considered one of the best preserved, second only to the Black Forest in Germany.

It is home to species such as the roe deer, the wild cat, the wild boar or the deer, whose bellowing becomes one of its great attractions in autumn. It is home to protected areas such as the nature reserves of Mendilatz or the Integral Reserve of Lizardoia, where the Lizardoia Beech Forest is located, with trees up to 40 meters high. It also has an interpretation center perfect for discovering more about the flora and fauna of the area, including information on the most popular hiking trails in the Irati Forest. 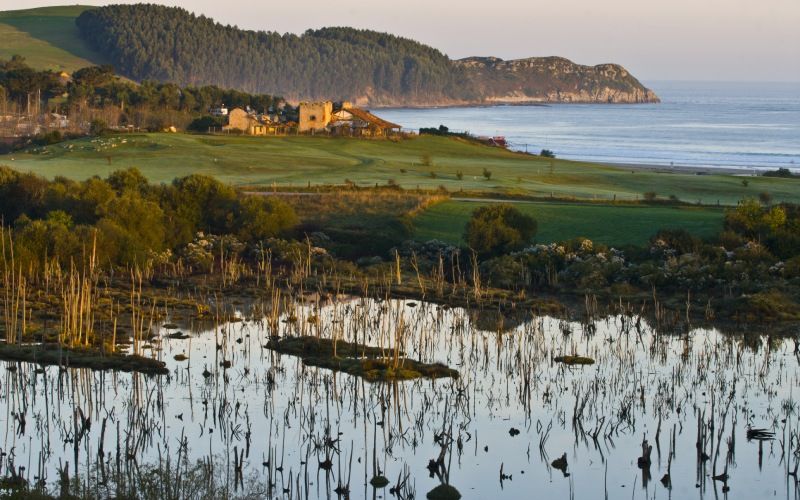 The forest of Caviedes is located in the Oyambre Natural Park. It is the closest primeval forest to the sea of all those in the Iberian Peninsula. Popularly known as Monte Corona, is a complete set with the municipality with the same name and the oak forest of Caviedes. It is home to a large number of sequoias, this being one of its main tourist attractions, hazelnut, chestnut and holly trees, among many others. A real natural treasure very characteristic of Cantabria. 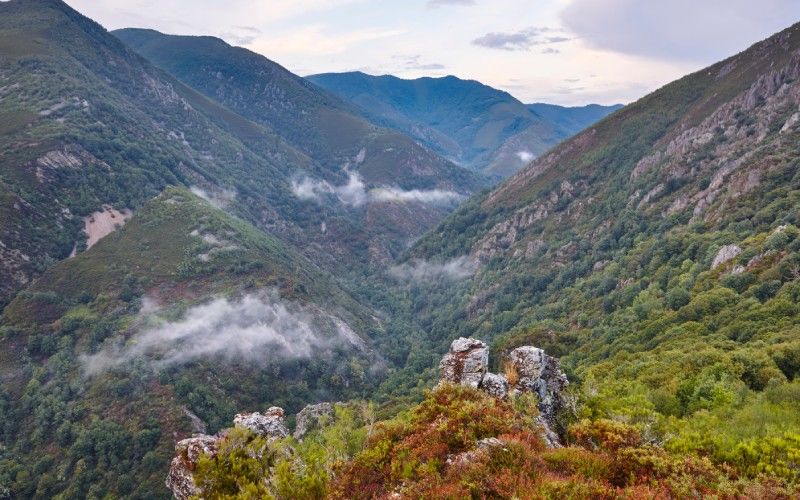 The well-known Integral Natural Reserve of Muniellos is one of the most important natural jewels of Cangas del Narcea. It includes the mountains of Muniellos and La Viliella, as well as the mountain of Valdebois, approximately 2,500 hectares. It is home to one of the best preserved oak forests in Spain, and has even been declared a Biosphere Reserve for its great importance. Such is the interest in preserving this treasure that only 20 visitors a day can enter. It is necessary to book the visit at the Department of Environment of the Principality of Asturias.

It is home to the brown bear, the big horseshoe bat and the Cantabrian capercaillie. It is also known as an enchanted forest due to the legends of the place, where it is said that characters from Asturian mythology dwell. 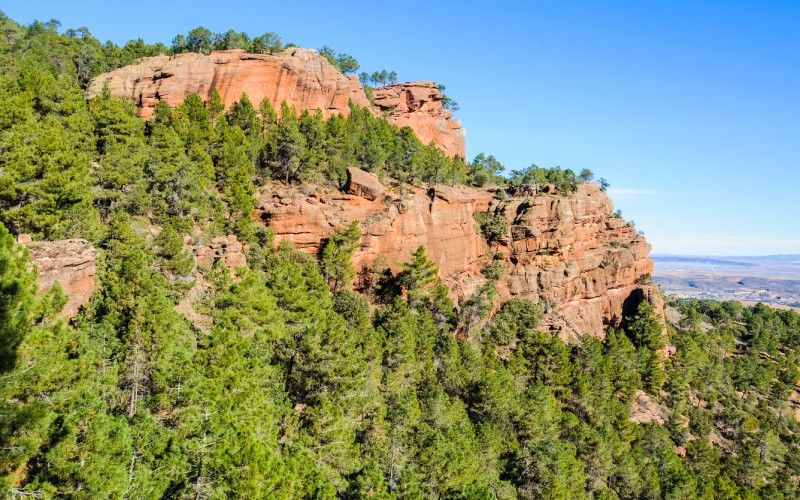 In the heart of the Sierra de Albarracín are the Pinares de Rodeno, declared a Protected Landscape with more than 6,000 hectares of extension. It stands out for the red sandstone rock that makes up the soil, which together with the green of its pines achieves an interesting chromatic range. In addition, it is possible to find willows and poplars, even houses in its rocky areas several prehistoric paintings of Levantine rock art. It has several parking areas, viewpoints with amazing views and numerous well-marked hiking trails. 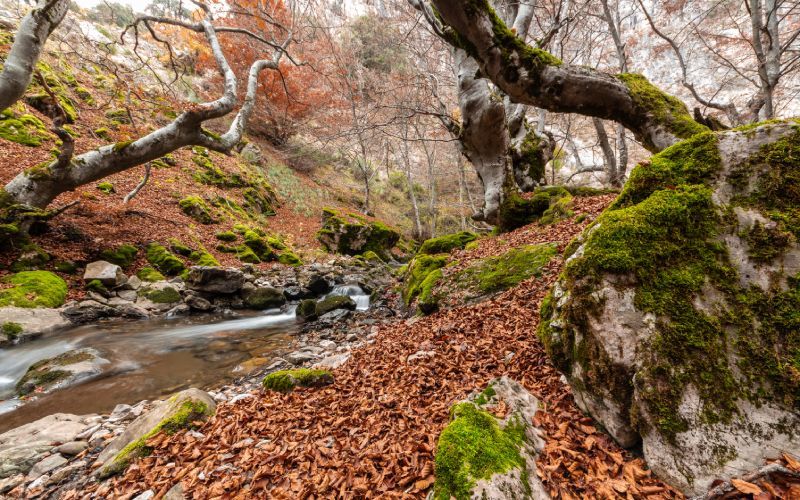 The beech forest known as the Faedo de Ciñera was chosen as the Best Kept Forest in Spain in 2007. It is located in the north of León and it is a forest of centennial beech trees, where it is possible to find one of the oldest trees in Spain, with more than 500 years old. It has a popular hiking route of 11 kilometers that runs through the forest. It is the old path used by the mine workers in the area. It is also a forest enchanted by the legends of fairies and witches. 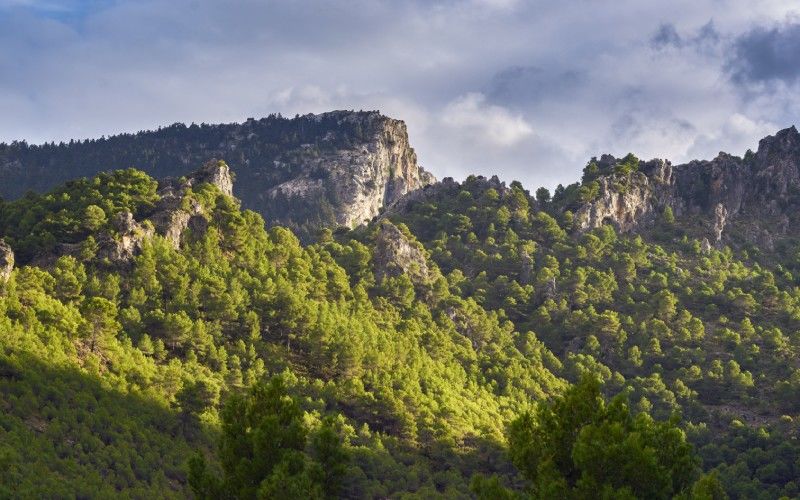 In the Sierra de las Nieves, located in Malaga, is an area with a great ecological value as a Biosphere Reserve and Natural Park. In this place you can find from natural monuments, vertiginous waterfalls and above all to large forests. The Sierra de las Nieves Natural Park is home to the Pinsapo de la Escalereta, a specimen of Spanish fir more than 500 years old that has been declared a natural monument. In addition, it is possible to visit large caves inside the forest, such as the Cueva del Agua (water cave).

In the heart of the forest is a convent converted into a rural hotel dating from the 19th century, located next to the popular picnic area of Los Sauces, one of the best starting points for hiking trails in the area.

The Sierra de Cazorla, Segura and Las Villas Natural Park, located in Jaén, is home to a virgin forest that has remained intact over time. In the mountain of Poyo de Santo Domingo there is an endemic Mediterranean pine forest that has been declared a Biosphere Reserve. It is the birthplace of the Guadalquivir River and home to species such as the golden eagle, wild boar, roe deer, fallow deer and mouflon. The most special time to visit is in autumn due to the well-known bellowing of the deer and the beautiful colors of its landscapes. 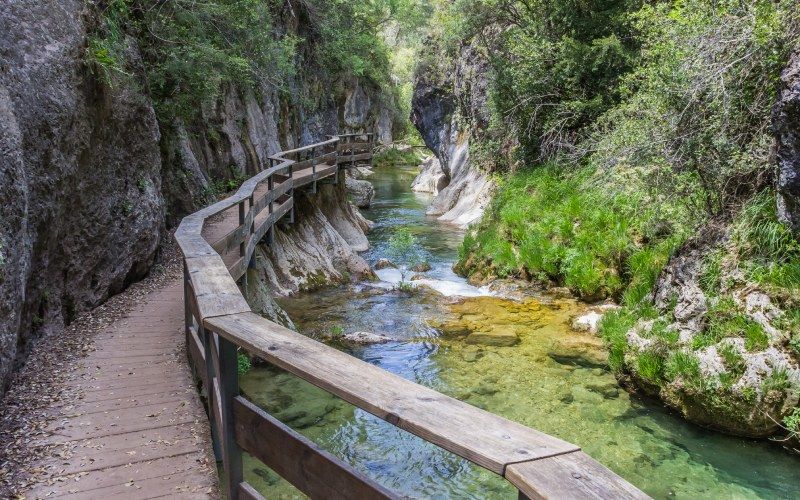 The Iberian Peninsula is a territory with a great cultural offer, full of spectacular cities and monuments, but it also has a great nature. So much so, that Spain is second in the ranking of forests in Europe thanks to the fact that, as already mentioned, it is home to some of the best preserved. Getting lost in these natural jewels is a real pleasure for nature lovers.