In the south of Spain we find the fishing villages of Andalusia. The land of endless beaches and fried fish gives us these places that are worth visiting. Andalusia has a lot of art and a lot of sea, enjoy it! 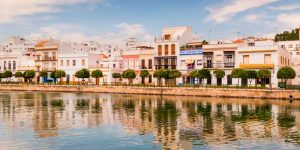 We start the selection of fishing villages in Andalusia with Ayamonte, in Huelva. Located in the spectacular natural setting at the mouth of the Guadiana River, Ayamonte owes its unique appearance to its position as the river border between Spain and Portugal. It was lordship of one of the most famous traitors in the history of Spain. Today it is a great beach and bird watching destination. 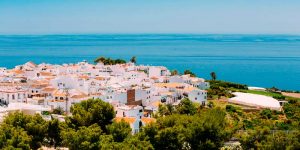 Among the fishing villages of Andalusia, Nerja in Málaga stands out undoubtedly. This attractive summer resort, with a mild climate and extensive sandy areas, has in its famous cave one of the most important prehistoric sites in southern Europe.  Known as the Balcony of Europe, Nerja has an exceptional climate all year round. 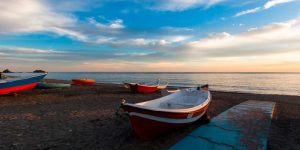 The capital of Costa Tropical is surrounded by beautiful and unique landscapes scattered with Roman and Nasrid remains. In its castle was carved the safest prison for the great characters of Granada. Almuñécar is a classic summer destination because of its climate and atmosphere. 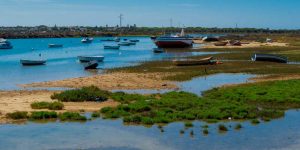 In this spectacular place in the Bay of Cádiz the Greeks wrote that Hercules carried out two of his works. Chiclana, one of Andalusia’s most important fishing villages, has been for thousands of years the secluded port of a monumental village with extensive sand dunes. This ancient town is very popular for having two of the best beaches in Cádiz; very close to the legendary castle of Sancti Petri and its port. 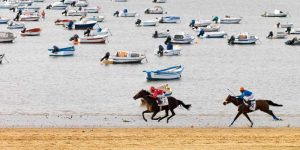 The last one in this list of Andalusian fishing villages is Sanlúcar de Barrameda, in Cádiz. Strategically located at the mouth of the Guadalquivir River, Sanlúcar was a rich port and aristocratic resort. Today it is known for the peculiar manzanilla wine, its famous prawns and the horse races at the beach.

Andalusia, fishing villages, white villages
It may interest you... 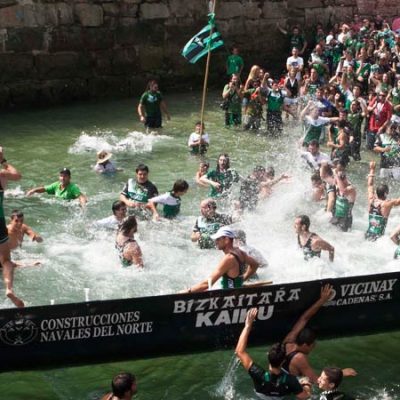 The first two Sundays in September in the incomparable setting...
>> More information