Chiclana de la Frontera is best known because the Greeks wrote about it as the place where Heracles carried out two of his famous labors. For millennia, it has been the secluded port of a monumental town with extensive sand.

This ancient town is very popular among the beaches in Cádiz, quite close to the legendary Sancti Petri castle and its port. Going through its churches, palaces and monuments takes no longer than one day. Apart from the things to do in Chiclana de la Frontera, you could also take advantage of some of the surrounding sights, such as Vejer de la Frontera (southwards) or Cádiz, San Fernando or El Puerto de Santa María, in the very Bay where you can find Cádiz Bay Natural Park. It is, in fact, the perfect place to spend an entire summer.

Thanks to all this, it is a place that allows you to spend a whole summer. In the sections about sleeping and eating in Chiclana de la Frontera, the secrets of the local gastronomy are revealed along with a list of hotels.

The town’s past is very extensive and getting to know it is good before trying what to see in Chiclana de la Frontera. Thus, such a privileged area was already occupied in the Paleolithic and the Bronze Age. This is demonstrated by sites such as La Mesa, La Loma del Puerto or La Esparragosa. The Islet of Sancti Petri has been related to the Phoenician temple dedicated to Melkart/Hercules. It has been suggested that the god performed two of his “works”. Later Carthaginians (VI b.C.) and Romans settled on the place.

During the Middle Ages it acquired a relevant role as a frontier territory between Christians and Muslims. After the famous siege of Tarifa, the lordship of Chiclana was formed. This was followed, on 15 May 1303, by the donation made by Ferdinand IV, the Emperor, of the barren village of Chiclana to Guzmán el Bueno. With this, he would become part of the House of Medina Sidonia.

The town would benefit from the traffic of goods that arose at the time of the Discovery and Conquest of the New World. A consequence of such intense economic activity was the demographic growth that occurred at the end of the 15th century. This was maintained for much of the following century. However, during the 17th century there was a serious demographic loss. Aggravated by the epidemics, these would have their peak in the catastrophic 1731.

A summer resting place for the wealthy classes

Some recovery would come from the Age of Enlightenment. Then, the wealthy classes of Cadiz chose Chiclana de la Frontera as their summer resting place. Many palaces and mansions were built in this way, as well as the current churches. In addition, the production of their vines and the performance of the salt mines improved. These products were to be exported to Europe and America. Later, in 1755, the population was affected by the Lisbon earthquake. The resulting seaquake caused dozens of deaths on the coast of Chiclana.

The 19th century began with a tragic epidemic of yellow fever and the Napoleonic invasion. During March 1811 the Battle of Chiclana took place. Despite the French defeat, the siege of Cadiz was not lifted. It should also be noted that in Chiclana Juan de Dios Álvarez Méndez Mendizábal, a well-known politician who would promote the terrible Disentailment of ecclesiastical goods in the country. 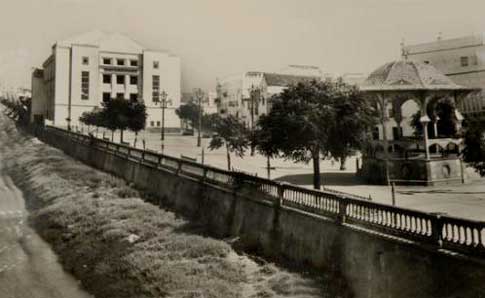 In 1876 the newcomer Alfonso XII granted Chiclana de la Frontera the title of City. In 1884, the Marquis of Bertemati promoted an experimental and advanced Wine Colony in Campano. This town in Cadiz would be one of the cradles of anarchism, a group that would dominate the Andalusian countryside until the war of 1936. After the war the local economy was dominated by the cultivation of the vine and the exploitation of the salt mines. At the end of the 20th century tourism gained prominence.

What to see in Chiclana de la Frontera

Buildings with a lot of history

We recommend starting by paying a visit to San Juan Bautista Parish Church (18th and 19th centuries), situated in the Plaza Major, devoted to the town’s saint. This Neoclassical church holds an old altarpiece from the 16th century and a couple of paintings by the Zurbaran circle. Next to it, you will find the Reloj Tower (18th century), which worked as a bell tower in previous periods.

The famous baroque Jesús Nazareno Church and Convent (17th century) is located on Calle Larga and is one of the most famous buildings in Chiclana. This church contains baroque altarpieces as well as an image of Jesus of Nazareth in the main altarpiece of the temple. 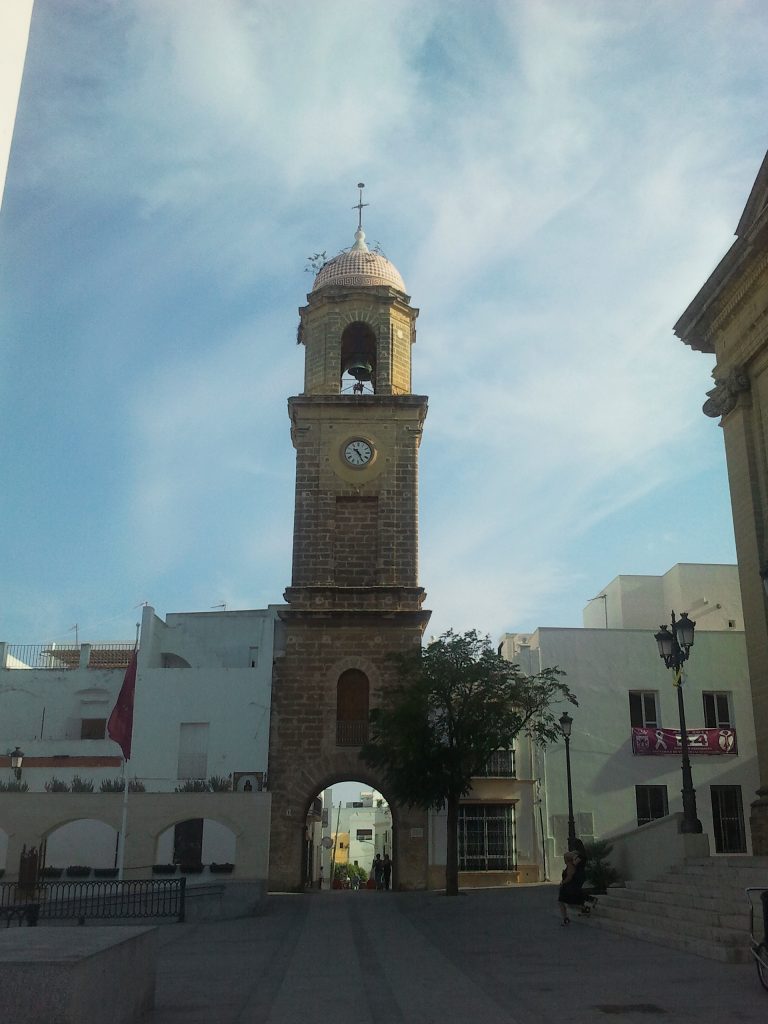 The Santo Cristo de la Vera Cruz Hermitage (16th century) is situated in the Santo Cristo Plaza. This is the oldest Penitent brotherhood headquarters in Andalusia. Its interior holds the image of the Saint Christ, attributed to miraculous properties and a Mexican origin. There have been many processions using this image in order to pray for rain. Next to the river, San Telmo Church (18th century) holds the image of the Virgin of Los Remedios, the patron saint of Chiclana. It has a peculiar shape that you will definitely notice.

Among other churches that stand out in Chiclana are the San Sebastián Church Parish (famous for the protection it granted people from epidemics in the 19th century) and the Santa Ana Chapel (built in the 18th century, full of beautiful images). Also from the 18th century, we highlight Condes del Pinar Palaces, Cinco Torres Palace or the Conde de la Torre House.

The most emblematic building is Sancti Petri Castle, situated in the inlet with the same name, in the mouth of the channel connecting San Fernando and Puerto Real. In Greek Mythology, Heracles performed two labors here. Melkart Temple is built in the south of the main island. The famous sanctuary of Ancient times held two metal columns with inscriptions filled with unknown content. Important generals such as Hannibal and Julius Caesar visited this place, which was an oracle at the time. In 1930, the musician Manuel de Falla came to this place looking for inspirations to compose the famous and unfinished Atlántida.

The island was renamed as San Beter (Saint Peter) in the Middle Ages. During the times of the Hasburg dynasty, this place acquired importance as a lookout tower against the Berbers and the British later on. The bourbons improved its defense but this place was seriously affected during the Independence War. What remains today is the tower from the 16th century and the rest of the fortress from the 18th century. 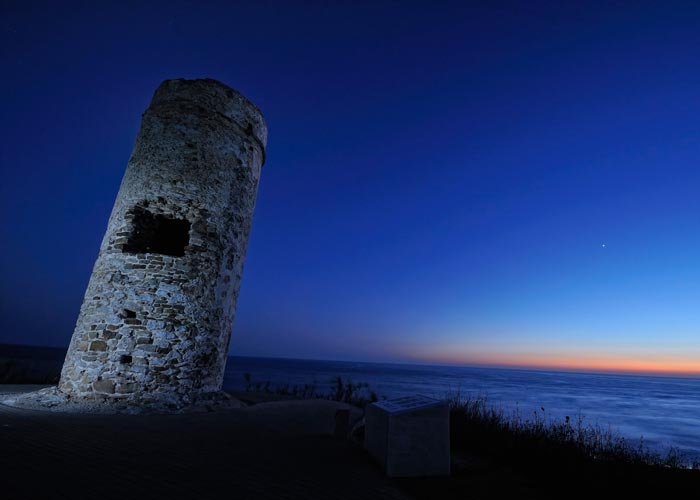 You definitely shouldn’t miss the beaches in Chiclana. Some of our recommendations are: La Barrosa Beach and Sancti Petri Beach. If you are a wine lover, Chiclana is also known for its wine cellars.