This village in Malaga is an attractive summer resort. Its mild climate and extensive sandy areas are complemented by the famous Cave of Nerja. It is one of the most important prehistoric sites in southern Europe.

Plan your stay in Nerja

Nerja is known as the balcony of Europe; and it has exceptional weather throughout the year. Going through the old town can be done in just one morning, so that you have time to visit the Caves of Nerja in the afternoon; an archeological site situated five kilometers from the town center. We also recommend a visit to the municipality of Frigiliana or to spend the day practicing some active tourism in the Mountain Range of Tejada, Aljimara and Alhama Natural Park.

The local past is very extensive and relevant, so it is worth getting to know it to understand what to see in Nerja. As far as Prehistory is concerned, the town holds a spectacular site. This is the aforementioned Caves of Nerja. The dates give its pictorial and engraved remains a 42,000 years of antiquity. Cro-Magnon fossils have also been found in Nerja territory.

Much later, Phoenicians, Greeks and Romans inhabited Nerja successively. From the settlement of the latter remains the town of El Lugarejo (Maro). Skipping to the Arab period, a fortress was created in the 9th century. Located in the first coast line, it had a network of watchtowers. From them, abundant architectural and archaeological remains are preserved. At that time it was known as Naricha or abundant spring. It was also known as a centre of textile and agricultural production, with solid structures of irrigation.

The fall of Vélez-Málaga in 1487 led to the surrender of Nerja to the Catholic Monarchs. During the following decades the failure to comply with the conditions of surrender caused growing tensions between the Moors and the authorities. For this reason, on 22nd September 1500 a general capitulation of the Moorish population was signed. This movement allowed them to increase their rights in exchange for renouncing their Faith.

Between 1506 and 1509 a new fortress was built on the site now occupied by the Balcony of Europe. The purpose was to defend themselves from the incursions of the Berber pirates. These kidnapped Christian settlers and transported Moors to Africa. The decrease in the number of inhabitants forced a repopulation of the place in 1514. Only a year later its territory was separated from Vélez.

The general insecurity forced the new inhabitants to carry weapons. From 1569 the consequences of the Rebellion of the Alpujarras were evident, which in 1570 ended with the Moorish exile. Although it brought peace, the measure led to a serious economic and demographic crisis. The recovery would not come until the 17th century, with the help of the sugar cane industry. Already in the 18th century, Nerja benefited from the dynastic change in Spain. At that time, there was a clear commitment to the production of wine, sugar and flour. 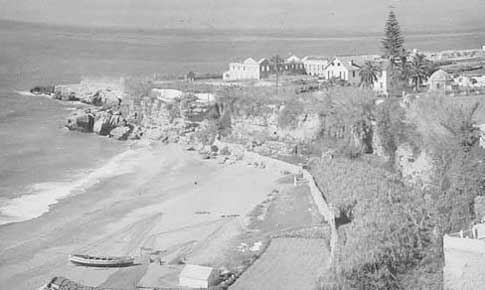 Decline and Balcony of Europe

Between 1808 and August 1812, the place was occupied by the French. Harassed by the guerrillas, on their departure they blew up Nerja Castle. In 1884 the effect of an earthquake was felt in the town. Such were the consequences that the royal visit of Alfonso XII took place. Impressed by the beauty of the sea, he called the walk over the old castle the Balcony of Europe. However, several plagues and continuous droughts ruined the local economy, and wine production declined.

The coup d’état of 1936 and the consequent Civil War brought dramatic episodes to Nerja. A bomb fell in the Plaza de la Ermita and numerous executions were carried out. Later, in 1959, the Caves of Nerja were discovered. This has been the main local landmark since then, establishing the town as a renowned tourist centre. Another unexpected promotional factor was the filming of the TVE series Verano Azul. Directed by Antonio Mercero, it has left a deep memory among the inhabitants.

What to see in Nerja

The Caves of Nerja

We start our trip five kilometers away from the town center in Nerja, in the Caves of Nerja. It is an important archeological site located 750 meters from the coast and famous by its paintings and engravings dating back to the Stone Age. It is populated by surprising stalactites and stalagmites.

With at least five kilometers of galleries, the Sala del Cataclismo stands out. It is over 60 metre height with a column of 45 metres, the biggest in the world. Paintings have been found portraying more than five hundred themes. Inside the Sala del Ballet, the International Festival of Music and Dance is held.

In the town center, we head to Plaza de España, where a museum showing the original pieces found in the caves is located. The collection includes pieces of the Roman archeological site Lugarejo. The place also works as an interpretation center of the history of the town.

Los Castillejos allows us to contemplate the walls of the fortress of the Caliphate period. There is also a necropolis in Castillo Alto, full of burials from the 10th to the 13th centuries. There are five lookout towers built in the 16th and the 18th centuries distributed in the surroundings of the locality, highlighting the so-called La Torrecilla (the little tower) and the Torre de los Guardas (Guards’ tower), from the Moorish time. 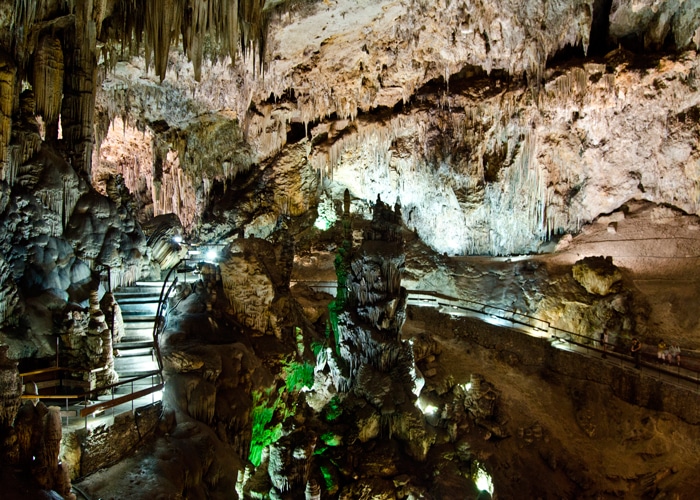 The Balcony of Europe is a spectacular platform situated upon a fortress destroyed by the French army in 1812. In the surrounding area there is a Bronze statue representing the Bourbon King Alfonso XII, from which the place received its name. Besides, there is also a monument that remembers Spain’s entrance into the European Economic Community, the so-called Europe’s kidnapping.

The San Salvador Church (17th century) contains a mural painting representing the Annunciation. The most remarkable of this Baroque style temple is its bell tower, an octagonal tower including the representation of three archangels, highlighting the local patron saint, Saint Michael. On the other hand, the patron saint of Nerja, the Virgen de las Angustias, has its own Baroque style church. The modest temple of just one room keeps inside some frescoes dealing with Whitsun. 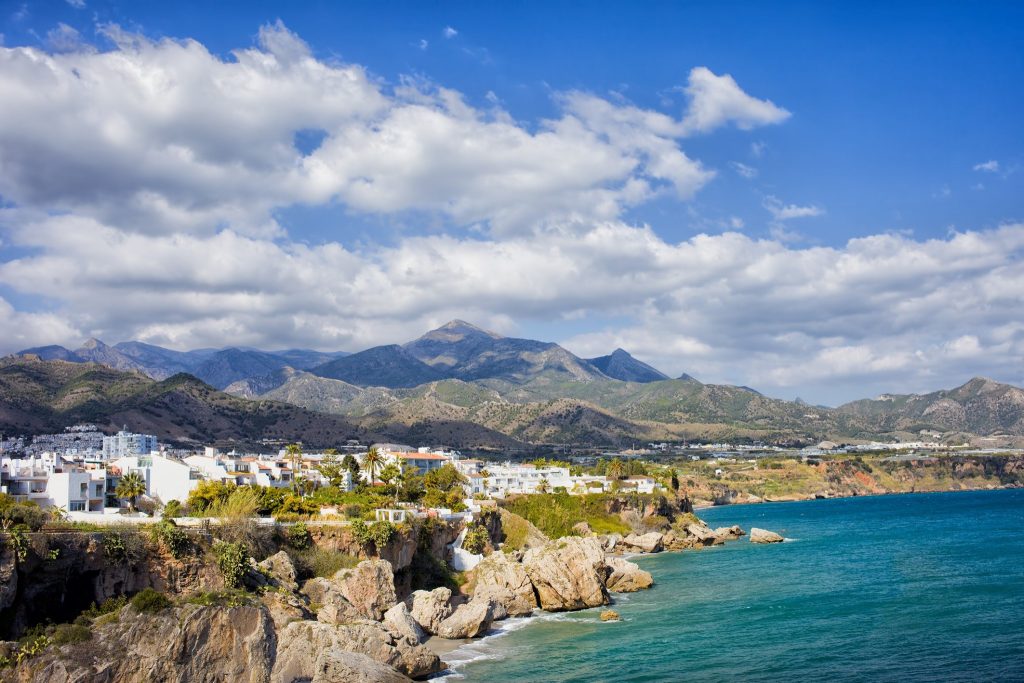 The most important industrial product of Nerja is also present in its buildings: cane sugar. Its importance can be seen in factories such as San Miguel and Las Mercedes or the Águila Aqueduct, which, in the 19th century, brought water into the mills of the sugar factory of the near locality of Maro. The Paper Mill, on the shore of the Miel River, is also interesting. There, you can visit a Tower with a height of eleven meters from the 16th century, oriented to guard the pirate’s entrance and keep visual contact with the other costal towers.