The Capital of the Sun Coast

According to the poet Vicente Aleixandre, the city seems to hang from the mountain before sinking into the sea. The capital of Málaga is a major international tourist destination. Its beaches, architecture and museums are reason enough to visit it.

Plan your trip to Málaga

This city is absolutely stunnig. Among the many attractions to see in Malaga are the beautiful Cathedral of the Incarnation and the Alcazaba. This splendid town also offers a great cuisine.

Therefore, visiting the place takes a full weekend (minimum). Furthermore, this city in the south of Spain is surrounded by beautiful white villages such as Ronda, Frigiliana, Nerja, Antequera, Marbella or Mijas.

If you like to enjoy nature we strongly recommend you to do El Caminito del Rey.

Panoramic view of the city.

The city was founded by the Phoenicians in the 8th century B.C. under the name of Malaka. This makes it one of the oldest cities in Europe. Very close to it the Greeks established a colony called Mainake. However, it was later destroyed by Carthaginians, who dominated the territory until 206 B.C.

Under Roman rule, it was a Latin-Rights township thanks to the Lex Flavia Malacitana, preserved in the National Archaeological Museum in Madrid. Later it was occupied by Byzantines and Visigoths.

During the Islamic period, Mālaqa was a prosperous Andalusian medina. At the end of the 9th century it was part of the rebel territory of the Muladi Omar Ben Hafsun, opponent of the emirate of Cordoba, for more than two decades. Later, during the 11th and 13th centuries, it was the capital of its own Taifa kingdom four times. The reconquest of Málaga on 18 August 1487 was one of the most painful and epic episodes of the Granada War. 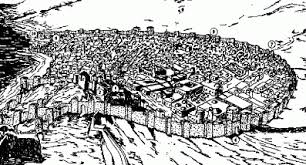 The city of Malaga in the 15th century.

Centuries later, in the 18th century, Malaga played an essential role in Spanish foreign policy. It became the headquarters of the General Captaincy of the Coast and Kingdom of Granada, organising thus the defence of the Mediterranean. At the beginning of the 19th century it played a leading role in the War of Independence. The Andalusian city put up resistance against the French, who in any case occupied it between 1810 and 1812.

As a city of liberal ideology, it lived through bloody riots. For example, in 1831 on the beach of San Andrés, the rebel General Torrijos and 48 companions were shot. During 1836, the civil and military governors were murdered. When 1843 arrived there was an insurrection and, in July 1873, they proclaimed the canton of Málaga. The place would resist almost three months against the Republican Government. 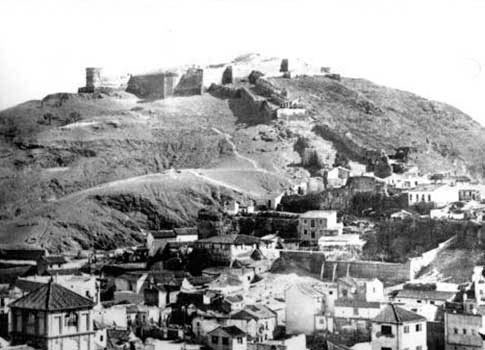 Remains of the old castle-fortress at Gibralfaro, ca. 1920

At the beginning of the 20th century,  Málaga was the Spanish city most affected by the tragic events caused by anticlericals and left-wing extremists. Between 10 and 13 May 1931, known as the “burning of convents”, part of its religious heritage was destroyed. Two years later, the first deputy of the Communist Party of Spain was elected there. That is why it was known as “Málaga la Roja” (i.e. Málaga, the Communist).

Thus, when the Spanish civil war broke out, it remained faithful to the Government. However, in February 1937 it was occupied by rebellious and Italian troops, unleashing a repression that caused thousands of deaths. With the development and boom of tourism in the 60s and 70s, it has consolidated as the capital of the ‘Costa del Sol’ (capital of the sun coast).

Best places to go in Málaga

Your first stop on this travel guide is to visit the Marchis Manuel Domingo Larios (1899) memorial. Located on the street named after him. Marchis Manuel Domingo Larios was one of the most important figures in the city’s development. Next, we recommend going through the park and when leaving the cathedral turn left. Going left, you will climb up Gibralfaro Mount. Here you will find some ruins belonging to Abd al-Rahman I’s Fortress-Castle (8th century). It was built upon prior ruins, which were later rebuilt in the 13th century and enlarged in the 14thcentury. Up next on our travel guide to Málaga, Gibralfaro’s Interpretation Center. Explaining the history of the place and its incorporation into the Crown of Castile, until Alfonso XIII granted it to the city.

A good next stop for this travel guide is the Archeological-Alcazaba Museum. These are the only Muslim remains (11thcentury) built using limestone blocks alternated with bricks. The fortress was surrounded by a double walled enclosed and protected by towers, housing a beautiful palace inside. The alcazaba and the castle are connected by the Coracha, a zigzagged track protected by the visible walls.

On the Alcazaba’s side you will find a Roman theater from the 1st century (we can still see its proscenio, its 15-meter orchestra, its 16-meter cavea, and the vomitorium or access gates).

The Málaga Cathedral (16th-18th centuries) is an unfinished work that mixes different artistic styles. The interior can be highlighted by the chorus, containing 42 sculptures made by Pedro de Mena and two organs from the 18th century. You can also visit the Cathedral Museum. The building shares Los Naranjos Courtyard, a little garden which remains from the Jewish Quarter. Also, with the Sagrario Church(15th-18th centuries). Its Gothic-Elizabethan style façade leads to Santa María street, facing Santo Tomé’s Hospital.

In the Bishop’s Plaza we see the beautiful Episcopal Palace (16th– 18th centuries), a conglomeration of several buildings of different shapes and styles. Redd and yellow colors predominate the main façade.

Constitution Plaza, created in the 15th century, is located at the end of Larios Street. The center contains a fountain, where a pillory was placed in the past. There, one can find the Consulate House (Economic Society of the Friend of Paris) from the 18th century and the Chinitas Café (a former tablao, which is now a textile store).

On the corner of Granada and Santiago streets, we find the Santiago Church. This is where Picasso was baptized. The church was opened in 1490, enlarged in 1545, and remodeled in the 18th century.

At the end of Granada Street you will find Merced’s Plaza. It is known as being the place in which General Torrijo Obelisk (1842) was shot by his partners in San Andres’ Beach. It was in one of the country houses of the plaza where the famous painter Pablo Ruiz Picasso was born on October 25th1881. Following Pallete Street, you can visit the Cervantes Theater (1870), which shows a classic façade from that time period.

A bit farther on this travel guide is the Virgen de la Victoria Sanctuary. The place where King Ferdinand Catholic’s encampment was located in 1487. The current temple stands out because of it´s top, the plastering decorations, and the image of the Dolorosa by Pedro de Mena. Others include the crypt, the niche, and the Buenavista’s Counts Pantheon. It is decorated with skeletons, skulls and other macabre figures.

Most of the museums are located in the city center. The Carmen Thyssen Museum. Set in Villalón Palace (16th century), shows the most complete 19th and early 20th century Andalusian painting collection in Spain. Including Zuloaga, Sorolla, Casas, Iturrino, and Julio Romero de Torres. 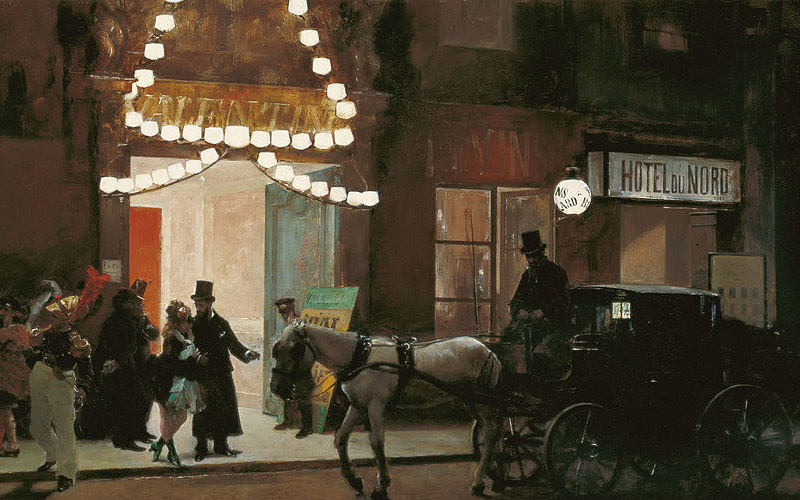 The Contemporary Art Center (CAC) is a dynamic and innovative place that aims to be a center open to reflection and artistic proposals. One can also enjoy an artistic tour through the work created from the 50s to present day.

On the other hand, Museum of Picasso in Málaga. A space installed in Buenavista Palace, where more than 200 works are displayed. Most of them donated by Christine and Bernard Picasso, the artist’s daughter in law and grandson. This was done in order to fulfill Picasso’s dream and fascinate the public.

Finally, if you just want to have a pleasant walk, we recommend wandering through the Farola’s Walk located on the foot of the Alcazaba.

Paid parking next to Cortina del Muelle, very close to the Cathedral.

Events to look out for in Málaga: Festival of Málaga (Ausgust).

Andalusia, Málaga
It may interest you...