Boundaries with neighbouring countries are something common to many Spanish towns and cities. Whether in the north, on the border with France, or in the west with Portugal, many of these populations live in an international environment that has shaped their history. It is something that allows them to have curious peculiarities and intertwine their traditions with places on the other side. Leaving aside the impressive cities of Ceuta and Melilla, both in Africa and a must see, discover these border towns of Spain that are not to be missed, one for each province on the border. 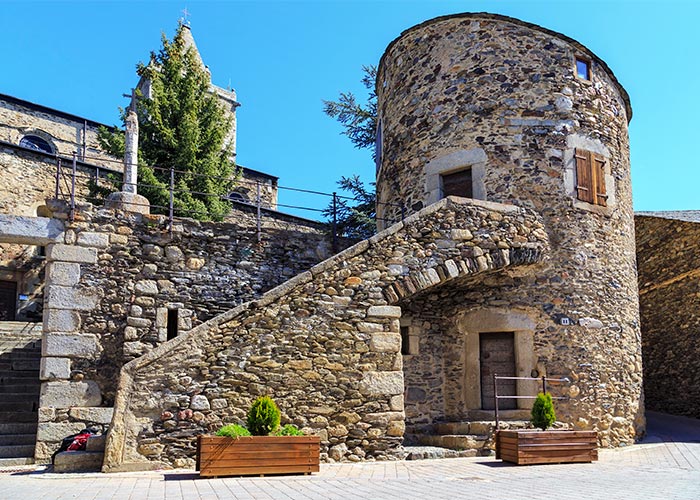 Llivia, one of the most bordering towns in Spain.

The first character of the article is one of the border towns in Spain that most deserves this status. As an island beyond the border with France, this town in Girona was granted the status of town by Carlos V. Such a fact might seem anecdotal but it is the reason why it did not fall into French hands in the 16th century. Since then it has remained linked to Catalonia, especially to neighbouring Puigcerdá, although it has escaped the conflicts that happened there as it was to some extent isolated. Today it still has an interesting pharmacy and a beautiful old town. Llívia is also a great starting point for exploring the Cadí-Moixero Natural Park. 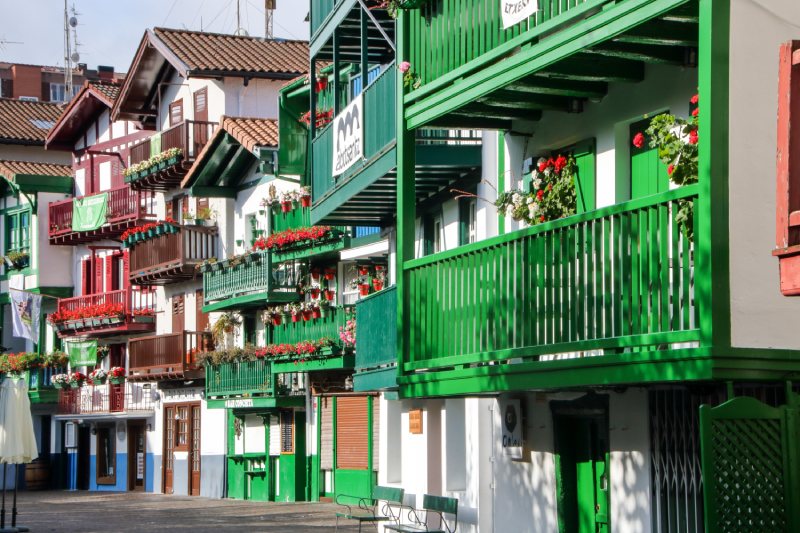 Hondarribia in Gipuzkoa, a town on the border with France.

For centuries Hondarribia has been a spot of high strategic value. First a Navarrese sea access, then a border with France, this border town has suffered countless assaults. In the time of Carlos I it received great defensive improvements, although its culminating point was in 1638, when they resisted a Gallic siege of two months, Marian apparition in between, that is remembered every year with its showy display.

The damage caused by the continuous assaults did not prevent it from being a great tourist destination today, with a vibrant atmosphere and an interesting old town. You can also visit it in tandem with Irún and its Pheasant Island, which passes from hand to hand between Spain and France every six months. In addition, it should be noted that both are a popular starting point to begin the Northern Way to Santiago de Compostela.

Located in Badajoz, its ownership continues to be a source of conflict between Spain and Portugal to this day. During the Arab period it was taken over by the Portuguese. Since then it changed country many times, always ending up in Portuguese hands. However, at the beginning of the 19th century everything changed in the context of the War of the Oranges and the War of Independence, with the Spanish taking over. Although the neighboring country’s claims were recognized in international treaties, these did not entail them.

Thus, today it shows off its Portuguese past in its main monuments. Among them are the remains of the Olivenza Castle or the Ajuda Bridge, the latter has not been rebuilt since it was damaged in 1709. In addition, the also bordering Badajoz or the interesting Merida, Zafra and Jerez de los Caballeros are very close. 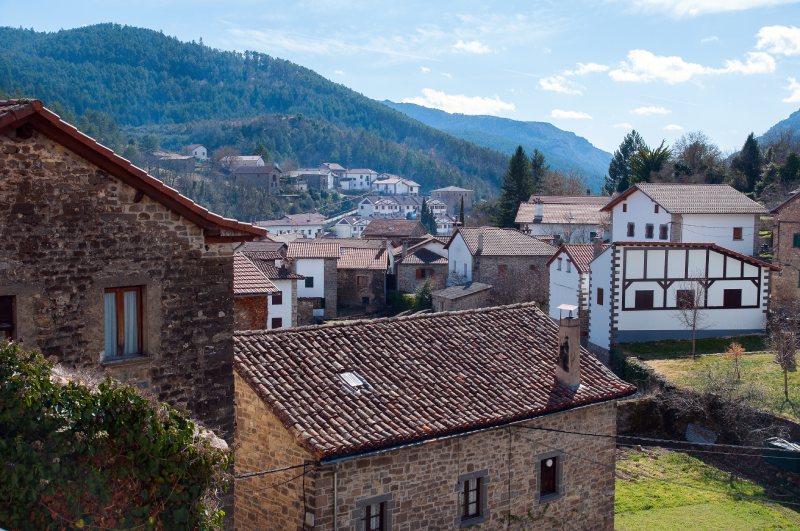 Navarre is also a border land. Nowadays it borders with France, although in the Middle Ages it also bordered with Castile and Aragon. This has generated what is considered to be the oldest treaty in Europe in force: the ‘Tributo de las Tres Vacas’ of Isaba. This agreement was reached by the inhabitants of the Roncal valley in Navarre, one of the most beautiful valleys to be seen in autumn, and the Frenchman from Baretous. In it, the Gauls gave three cows to their neighbours. This agreement was reached after a series of violent events in the 14th century due to the use of Roncal pastures.

In addition to this folkloric event, whose celebration is worth witnessing, the nature that surrounds Isaba is worth noting. Not far from there is Ansó in Huesca, where the Tres Vacas treaty was made, or Ochagavía and the Irati Forest. The starting point of the French Way, the collegiate church of Roncesvalles, is also very close. 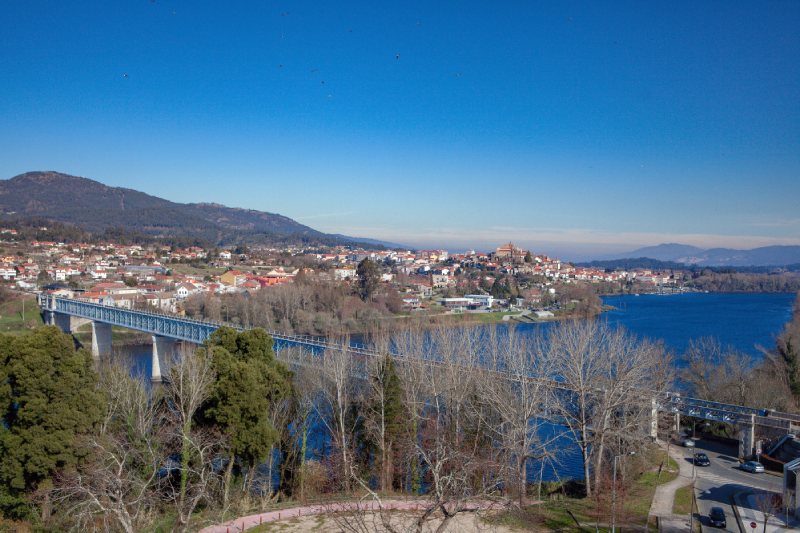 It is logical that among the most outstanding border towns in Spain the Way to Santiago appears frequently. The Jacobean routes were true European cultural highways for centuries. Thus, the Portuguese Way enters Spanish territory through  Tuy or Tui. The place, very medieval, is also one of the most popular starting points for those who dedicate a week to the pilgrimage.

However, it is not necessary to be a pilgrim to visit it. Contemplating its old appearance and the Miño river crossing, which acts as a border, is enough to justify an adventure. A cathedral, bridges, churches, the remains of a wall and a stunning natural environment, with the Aloya mountain at its head, are its great assets. To continue the journey, A Guarda or Vigo are the best options.

Besides being a border town, Aós de Civís is one of the most isolated towns in the country. To reach it you have to go over the border with Andorra and re-enter Lleida. A typical town in the high Pyrenees of Lleida awaits you. Its charming town centre is complemented by surroundings that go from green to ochre and white depending on the time of year. The place is an example of resilience, as the lack of communications meant that essential services such as running water or telephones took longer than they should have. In spite of this, it was able to survive and become a remarkable tourist option.

The border between Spain and Portugal is known as La Raya. It is one of the most steady international borders that Europe has had since the Middle Ages. Therefore, in towns like Alcañizes wandering between the two countries is something very common. In fact, the main tradition of the place involves seven Madonna carvings from both Spanish and Portuguese. They are the sisters of La Raya, belonging to Trabazos, Alcañices, Carbajales del Alba, Villalcampo, Povoa, Quintanilha and Constantim. If any coincidences occur with the dates, all of them meet in the hostess’ pilgrimage.

It is worth mentioning that La Raya was established as a result of the Treaty of Alcañices, signed in 1297 in this town. A historical landmark that they remember with pride. Likewise, it has remains of walls, interesting temples and a showy Holy Week. Finally, you must try the veal from Aliste, the region that leads this town.

Close to the port of Somport, Canfranc was meant to be a crucial link between France and Spain. Its international station, one of the most beautiful in Spain, was completed during 1925. Modernist, traffic between borders was active until 1970, when a derailment caused damages that were not repaired. The complex is currently being renovated and there is great interest in reopening the French-Spanish line.

On the other hand, the town of Canfranc was an important medieval square. Aymeric Picaud passed through it while he was travelling to write the Codex Calixtinus, the first guide of the Way to Santiago. Specifically, he walked the now known as the Aragonese Way, which was the main route for centuries. Although not many, today pilgrims still pass through the place. 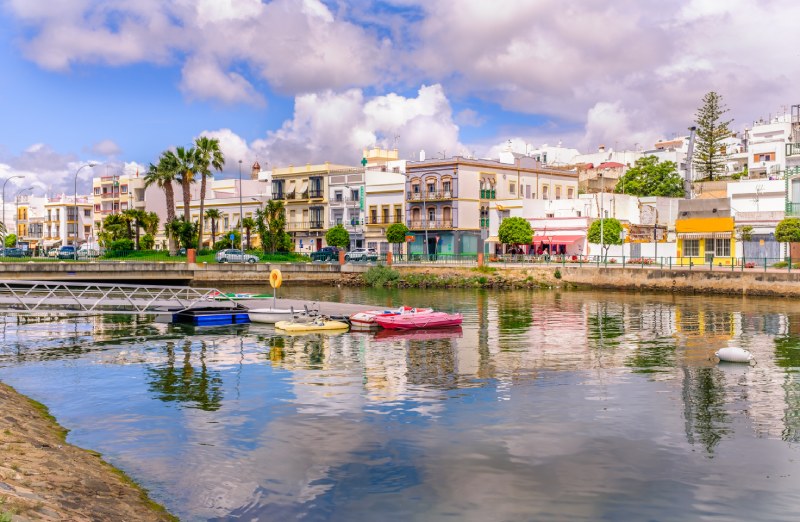 The Guadiana River sets the existence of Ayamonte. The river is responsible for defining the border with Portugal. Almost at its mouth, it is the last town in the south end of Spain in La Raya. Its good climate, the attractive old town and the port are the main attractions of Ayamonte. Crossing into the Portuguese Algarve is also a major attraction. Regarding the trips on its side of the river, the marshes of Isla Cristina or the port of Palos are two essential places.

Church of Valverde del Fresno, one of the most beautiful border towns in Spain. | Shutterstock

Together with Eljas and San Martín de Trevejo, it has the privilege of being one of the villages where La Fala is spoken. This language is controversial and its origin is not well known. Some theories attribute it to the repopulations that arrived to Cáceres from the north in the Middle Ages, which would have brought the Galician Portuguese to the area. The isolation of the place and its proximity to La Raya would have been the elements that justified its conservation. Other visions believe that it is a very distorted Portuguese dialect, result of the continuous exchange between both countries.

This cultural feature sets the visit to Valverde del Fresno. Its popular architecture intermingles with striking traditions to form a great trip. The landscape is provided by the Sierra de Gata, one of the many mountains that are found in the north of Cáceres and the south of Salamanca, together with the Sierra de Francia, for example. 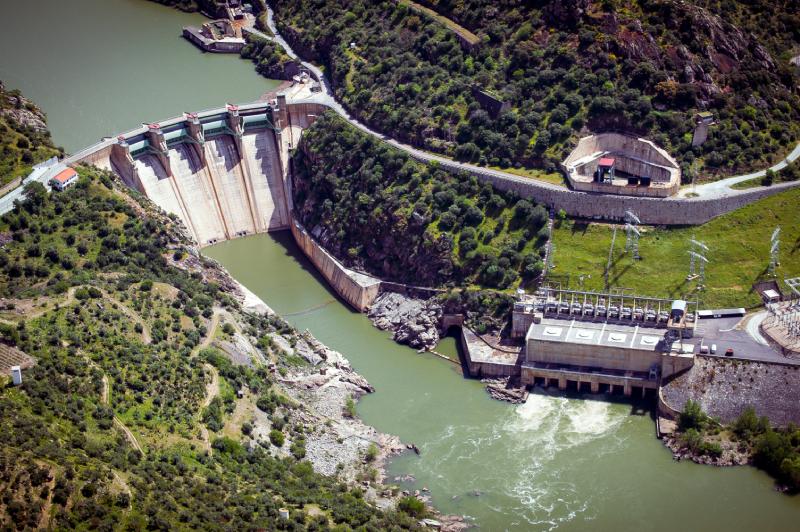 The Duero and its Arribes define this part of La Raya in the province of Salamanca. A natural environment very appreciated and with many touristic possibilities. It is completed by an engineering work, the Salto de Saucelle, a dam that takes advantage of the riverbed to obtain energy and generate a small reservoir. On the other hand, it also serves as a passage to Portuguese lands. Therefore, the place is an entertaining destination for cross-border rural tourism.

This town and council of Ourense share with Portugal a cross-border nature reserve formed by the Peneda-Gerês National Park in Portuguese territory and the Baixa Limia-Serra do Xurés Natural Park in Spain. Protected by UNESCO, it is the main attraction of this municipality as well as those of Lovios and Entrimo. It is an eminently rural and natural area. For this reason, hiking and visiting the Spanish-Portuguese parks are its best assets. In addition, it has an interesting heritage that includes remains.