Guadix is a small town in the province of Granada that is known for having up to 2,000 cave houses, being one of the most beautiful villages in Granada and all of Spain. It also has many other monuments to see. 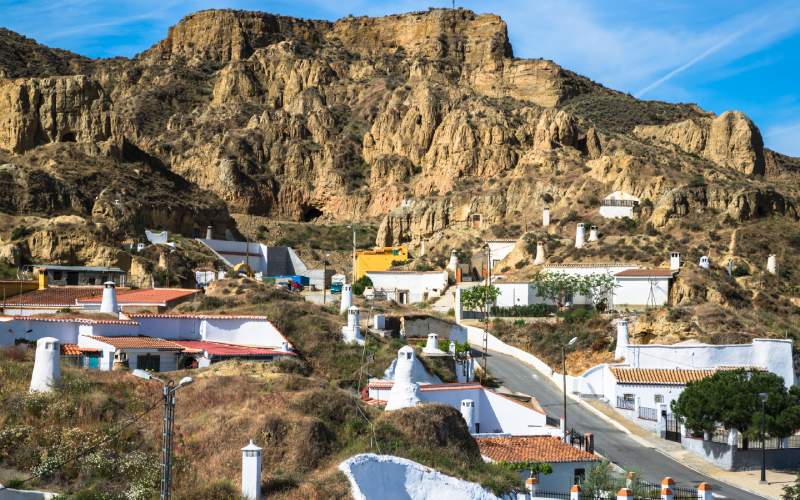 Along 200 hectares is this neighborhood full of caves, many of them inhabited and others meant for vacation rentals. Although there are caves all over the town, where there is a higher concentration of them is in the Barrio de las Cuevas. It is believed that its origin is in the taking of Granada by the Catholic Monarchs, back in 1492. The Moors fled the city to the mountains, where they dug into the clay of the hills, building the cave houses that can be seen today. In fact, the name Guadix itself comes from the Arabic Wadi Ash, which means ‘river of life’.

In addition to the houses, you can also see the Ermita Nueva, also known as the Church of Nuestra Señora de Gracia. Although it is apparently just a church, it is at the moment of entering when you see that it is carved into the rock. It is believed that initially it was an oven and that from the 16th century it began to be used as a Christian temple. In it there is a painting of the Virgin of Grace of the XVIII century, work of Domingo Chavarito 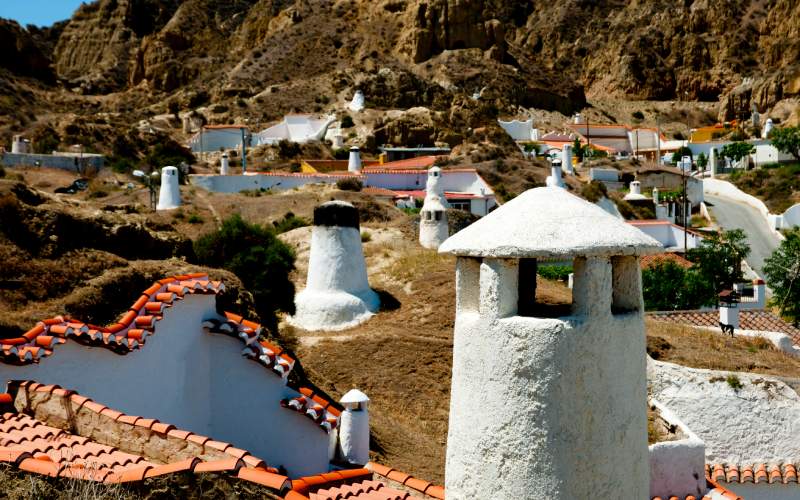 Chimneys of the cave-houses of Guadix. | Shutterstock

Another must-see is the Interpretation Center of Cuevas de Guadix, which, as it could not be otherwise, is housed in a cave house. It is a small museum that imitates a cave house, with a patio, a doorway, a kitchen, a pantry or bedrooms, among other rooms.

In short, this is the largest group of troglodyte houses in Europe, which is why it has earned the recognition of European capital of inhabited caves. As a curiosity, the cave houses maintain a year-round temperature of between 19 and 22 degrees, so it is ideal for both winter and summer. In addition, its natural insulation provides silence and peace.

Buildings that tell the history of Guadix 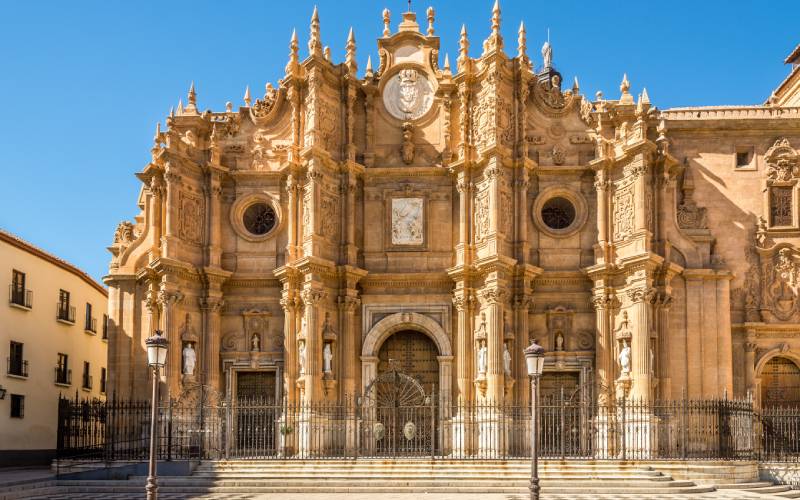 One of the most important monuments of the town is the Cathedral of Guadix, built between the 16th and 18th centuries over a former mosque. It is considered one of the most original cathedrals in Spain, as it is a mixture of many architectural styles, such as Gothic, Renaissance, Mannerism, Baroque and Neoclassical.

Inside, this temple has a floor plan with three naves and a main chapel. Perhaps the most interesting thing is the replica of Michelangelo’s Pietà, of unknown author, which is inside. Thus is the only exact replica of this sculpture in the world. In addition, Torcuato Ruiz del Peral took advantage of the natural light entering the choir to create painting-like effects on the choir stalls. 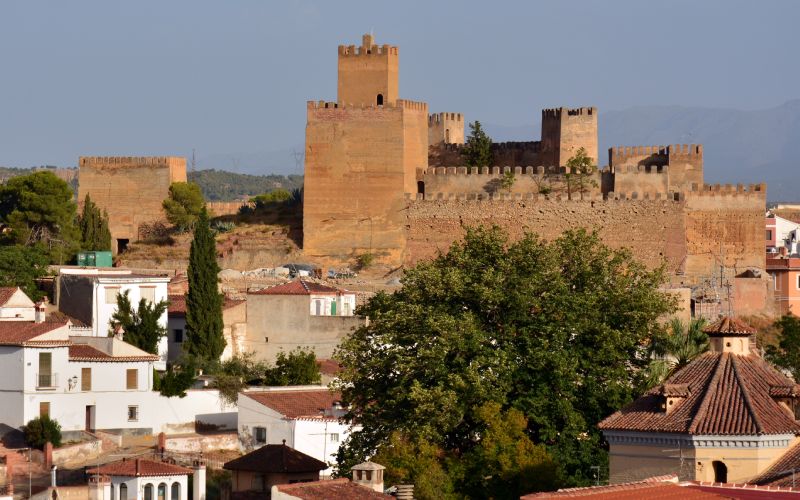 Like many other alcazabas in Spain, the Alcazaba of Guadix was a defensive construction built in the 11th century, with the Torre del Homenaje as one of its most important buildings. Although it was partially destroyed after the Reconquest, it was later restored. Under the Alcazaba there is also a Cave Museum of Pottery, where you can see more than 1,500 pieces of pottery, such as the typical Accitan jars or the toricos of Guadix.

Although it may seem incredible, it was not until 2008 that the Roman Theater of Guadix was discovered, when they were planning to build a parking lot. It was built under the rule of Tiberius, in the year 25, and has about 6,000 square meters. It is estimated that theater and entertainment performances were held there until approximately 300 AD. Today it is of Cultural Interest and one of the main monuments of Guadix.

Other places to visit in Guadix

The Palace of the Marquises of Villalegre is a 16th century building that belonged to the Hernández de Córdoba family. It is a manor palace of Mudejar architecture with an interior courtyard surrounded by semicircular arches. A few minutes walk away is the Arch of San Torcuato, which is a fortified defensive gate of Andalusian origin through which formerly entered the town. In 1593 a chapel was built above it and owes its name to the fact that the relics of San Torcuato passed underneath in procession. 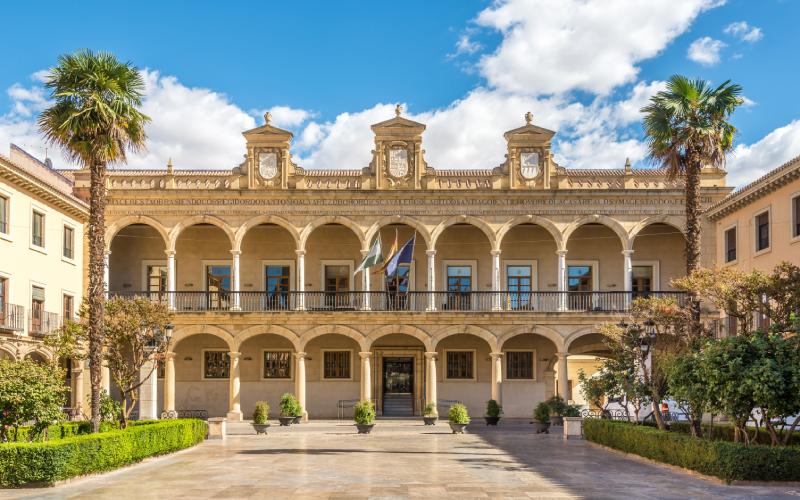 On the other hand, also known as Plaza de la Constitución, the Plaza de las Palomas is the most famous square in Guadix. It is surrounded by arcaded arches and has a Castilian square design. It also houses the Town Hall and the Tourist Office for any questions about sightseeing, as well as many terraces.

Another of the many churches of Guadix is the Church of Santiago, built in 1533 with the intention of creating a pantheon for the Ávalos family. It is characterized by the three naves of its structure and its plateresque style façade. Other churches in this town are those of San Miguel, Santo Domingo and Magdalena. 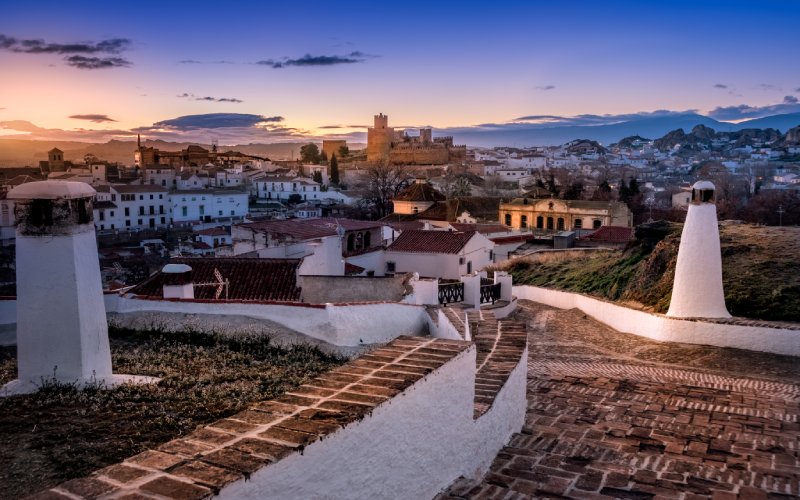 At the top of a hill you can climb to the Cerro de la Magdalena viewpoint. From there you get fantastic views of the entire town, including the Barrio de las Cuevas, the Alcazaba and the old town. Finally, it is worth mentioning that this town is so characteristic that many films have been filmed there in the last decades. Some of them are El bueno, el feo y el malo, Indiana Jones and the Last Crusade or Doctor Zhivago. More than 100 movies in total!

Andalusia, Caves, Granada
It may interest you...