Los Cocedores beach in Pulpí is considered one of the most peculiar and beautiful beaches in the Spanish litography. This is thanks to its landscape eroded by the sea, which has created curious caves. In ancient times, these caves were used as cooking places, hence their name, in English ‘cookers’. This, together with its calm, crystal-clear waters, makes it one of the most beautiful natural spots in Spain.

Los Cocedores beach is located on the border between Murcia and Almería. In fact, there is a dispute between the two regions over who owns the beach. It is not surprising, as it is one of the most fascinating spots in the area and both want to have it in their geography. 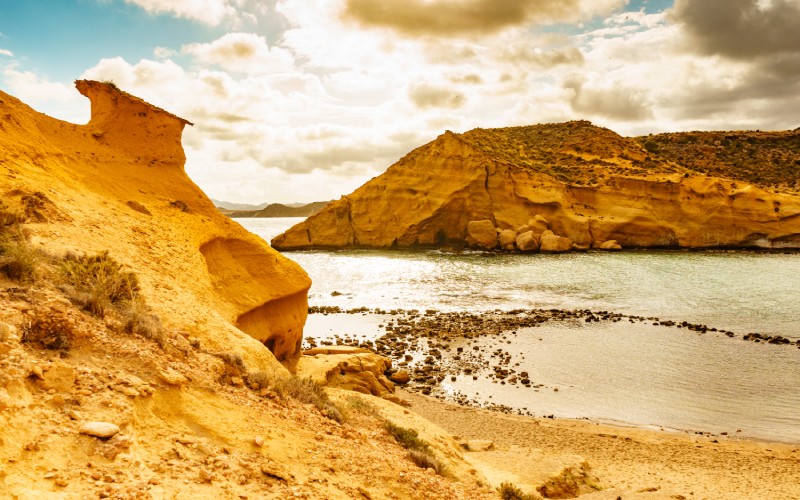 Los Cocedores Beach is located on the border between Almería and Murcia and has long been a topic of discussion for both. The eternal dispute is over whether it belongs to Almería or Murcia. This is nothing new. In fact, since the 16th century, the town councils of Vera and Lorca, before the present-day Águilas and Pulpí existed, were already arguing about who it belonged to. Nowadays, this argument comes back with the existence of two beach bars on the beach, one with the Andalusian flag and the other with the Murcian one.

In the first place, the most common is to think that the beach belongs to Almería, since to get there from Murcia you have to cross the border and enter Andalusia. However, further on, you have to turn around and retrace your steps in order to reach the beach. On the other hand, the Government of Murcia includes it in the protected landscape of the Cuatro Calas.

The border between the two regions is in the middle of the beach, but the signs are mixed up, ignoring this territorial division. The municipality of Almería considers that the border is not properly drawn and that the historical cartography should be taken into account, according to the rulings of the Court of the Council of Castile.

For the moment, the controversy does not seem to be coming to an end soon, and could even end with an intervention by the National Geographic Institute. In the meantime, all that remains is to enjoy this charming spot. Whoever it belongs to, the beach is a true natural wonder. 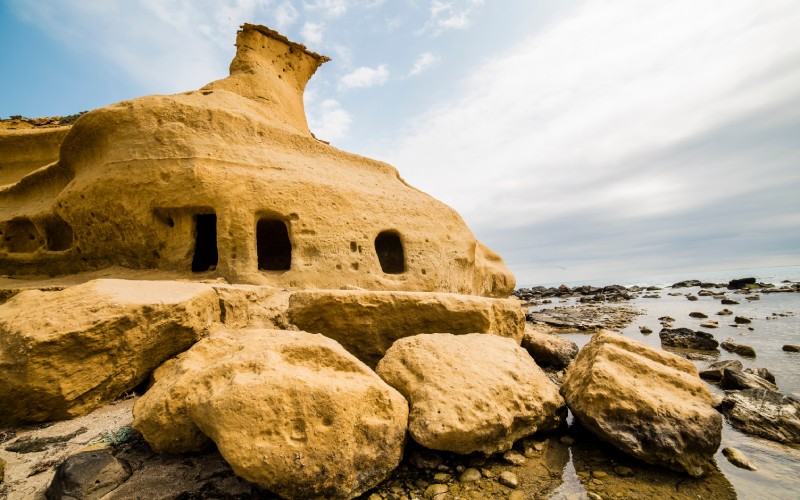 Los Cocedores beach is located far from the urban centers, located in a spectacular natural enclave in the shape of a half moon that protects it from the wind. Therefore, it has a moderate swell, making it perfect for enjoying a dip in its crystal clear waters. More than 150 meters long, bathed by calm waters and a natural swimming pool, ideal for children as it is shallow and protected by its striking cliffs.

It stands out for its landscape eroded by the sea, full of caves that give the place a unique atmosphere in Spain. It has even been the setting for several films. Among them, the best known is Camino. 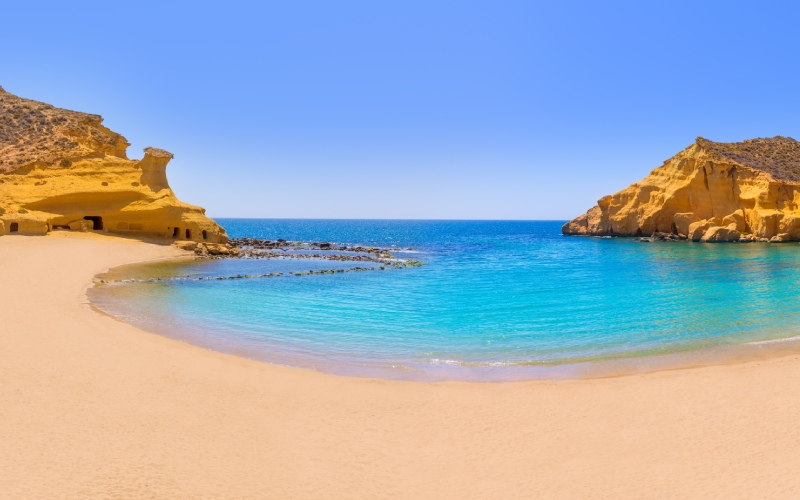 The real name of the beach is Cala Cerrada, but its most popular nickname is Los Cocedores beach, in fact, that’s what everyone calls it. This name comes from the fact that at the beginning of the 20th century there was a natural esparto grass cooker here, used by the locals to obtain this fibre. These cookers can still be seen at the ends of the beach.

It is possible to reach it from Pulpí or Águilas along the A 332 national road. It has easy-to-follow signs. Also, it has a large car park, so it is possible to go by car without any problem. Given the large influx of people during holiday periods it can be difficult to find parking, but it is possible to get there by public transport. There are several buses that go there. 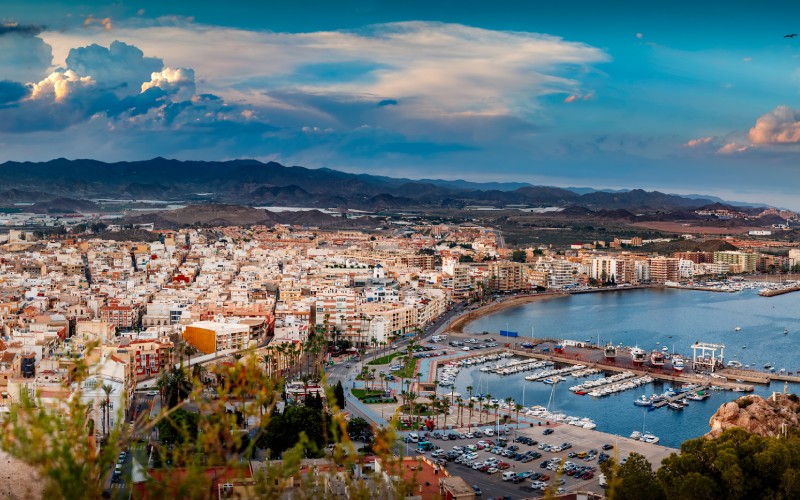 The beach is an authentic natural jewel, perfect to enjoy its almost virgin geography. In fact, there are only the most basic services, such as parking or beach bars. However, its privileged enclave is ideal for travelling to some of the most popular activities in the area.

For hiking enthusiasts, there is a seven-kilometer route that connects the town of Águilas with the Playa de los Cocedores beach. The route is simple, suitable for all ages and lasts approximately one and a half hours. The entire route passes through the most emblematic spots of the area.

Along the route you can enjoy the local craft shops and restaurants where you can try the local gastronomy. It starts at the fishing port, skirts the bays of Águilas along the Paseo la Parra until it reaches the natural monument of the Pico de la Aguilica, with the best panoramic views of the surroundings, it is even possible to access the Sea Interpretation Center and Aquarium Águilas. After the visit to the CIMAR you can access the Playa de los Cocedores. 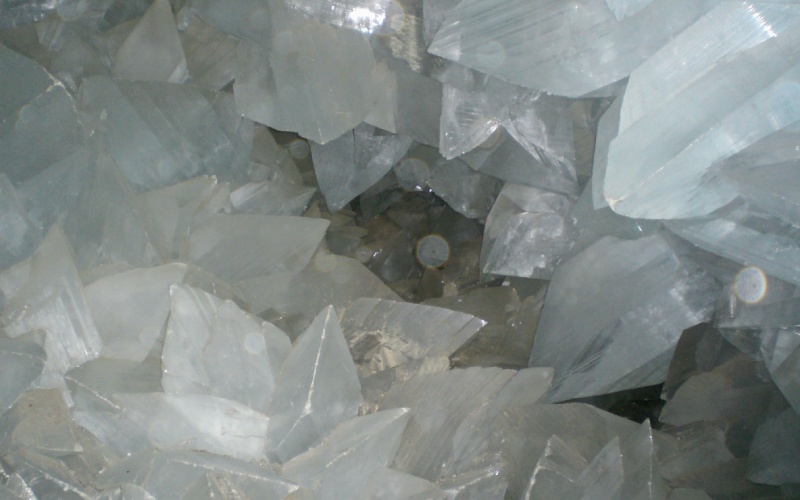 Picture of the interior of the Pulpí Geode. | JMorillasR, Wikimedia

Another key point in the area, located just 9 minutes drive from the beach, is one of the most important geodes in the world. The Pulpí Geode is a geological treasure, and is the largest in Europe. It is a rocky cavity with walls lined with prisms of selenite, which protrude from the floor and ceiling. To enter the cave it is necessary to book in advance. Groups are very small for each session, with a maximum capacity of 12 people. It is an essential getaway due to its proximity to the cove.

Los Cocedores beach is one of the most curious and beautiful in Spain, its crystal clear waters, golden sands and the peculiar cavities of its cliffs make it a perfect destination. Regardless of whether it belongs to Murcia or Almería, this natural place is a real gem that is well worth a visit.

Almería, Andalusia, beaches, Murcia, nature
It may interest you...