On the morning of November 1st, 1755, All Saints’ Day, an earthquake with its epicentre in the Atlantic Ocean, some 300 kilometres from Portugal, caused the greatest natural disaster that the old continent had ever suffered. The earthquake took the name of the most affected city: Lisbon. It completely destroyed the city and caused thousands of victims and very serious economic damage. The earthquake was also felt throughout the Iberian Peninsula and in some parts of Western Europe, such as northern France and Italy. The earthquake that started at 9:30 in the morning led to a tsunami 40 minutes later. Its gigantic proportions swept the Atlantic coasts of Portugal, Spain and Morocco. 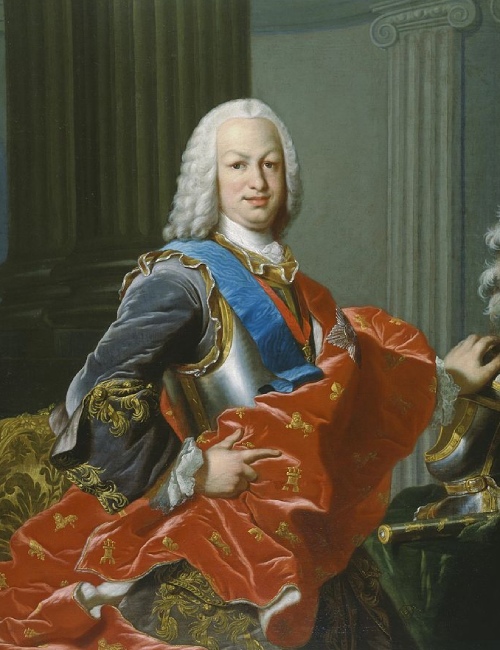 Given the magnitude that the phenomenon had caused in Spain, King Ferdinand VI ordered the Supreme Council of Castile to draw up a report on the earthquake, which today resides in the National Historical Archive. The figures and data are not entirely clear, but it is estimated that there were 5,300 victims and considerable damage to cathedrals, churches and other historic buildings. Such destruction was especially concentrated in cities and towns in the western half of the country. It was the area of Andalusia that suffered the most damage, especially the coasts of Huelva and Cadiz due to the tsunami. 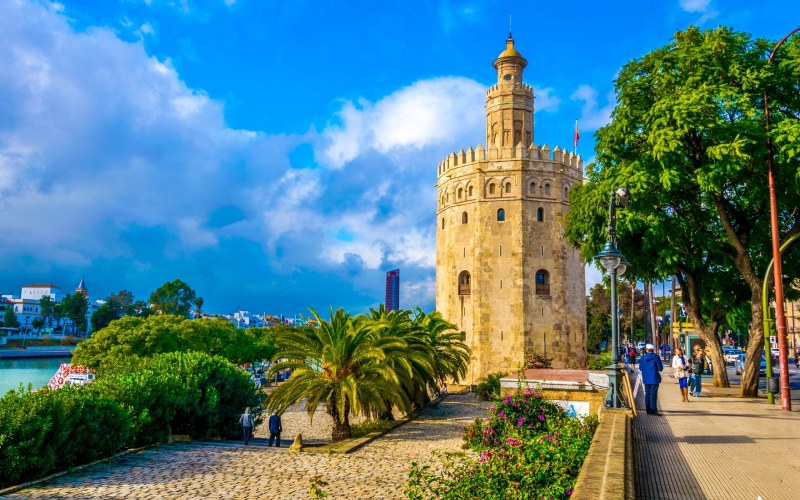 Seville was one of the cities most affected by the earthquake. Despite having only nine fatalities, most of the city centre was damaged. Some of its most historic and emblematic monuments were also damaged. While the Giralda suffered slight damage to some of its trimmings and ornaments, the Torre del Oro was so badly damaged that it was proposed that it be demolished. Finally, the opposition of the people stopped this idea and it was decided to restore it. However, the final condition was partially different from what it would have been before the earthquake. 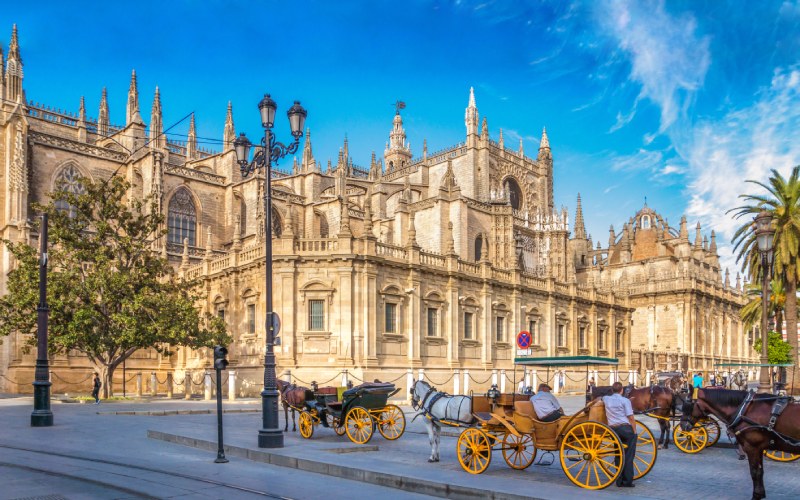 In the Cathedral of Seville, the tops and railings of the roofs were also removed and fell into the street. That noise caused panic among those attending the Mass for the Dead that day; who left the temple to finish the mass outside. Years later, the Templete del Triunfo was erected in the church square with a figure of the Virgin and child. A symbol of gratitude for the divine protection, as there were no fatalities in that place. The old Plazuela de la Lonja was renamed Plaza del Triunfo, now located in the axis of a group of buildings declared a World Heritage Site.

The cathedrals and the castle of Jaén 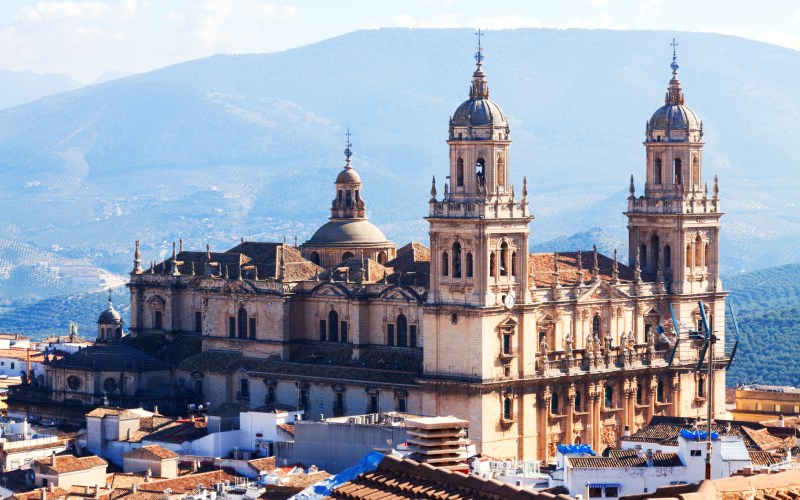 The province of Jaén also suffered significant damage to some of its important towns and monuments. In the capital of the province, the towers of the Cathedral were cracked affecting the stability of the building. Thus, it was decided to build the Church of El Sagrario in 1761 to give consistency to the structure.

The collapse of the Cathedral tower in Baeza is particularly noteworthy. The building itself suffered serious damage, so part of it had to be raised again. Since 1931, the Cathedral of La Natividad de Nuestra Señora has been catalogued as an Asset of Cultural Interest. 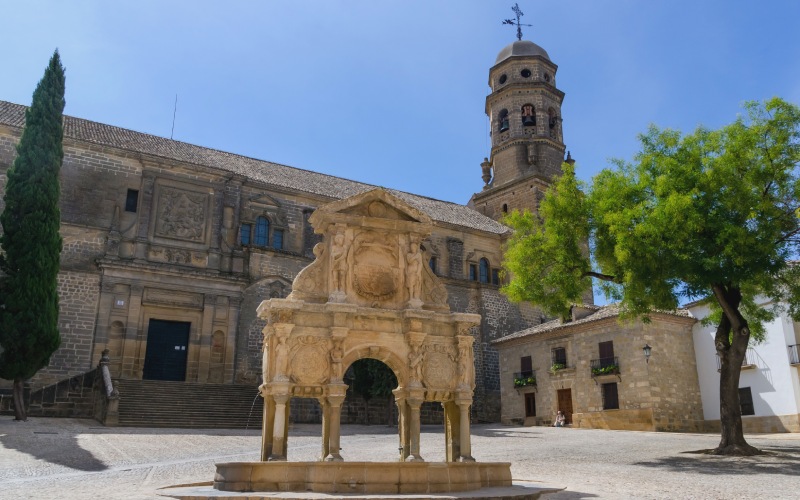 The Castle of Alcaudete was also one of the heritage victims of the Lisbon earthquake. Its inhabitants fled from there and the fortress of Arab origin was abandoned, causing it to gradually deteriorate. The town council rescued it and rehabilitated it to convert it into a tourist and cultural space that can be visited today. 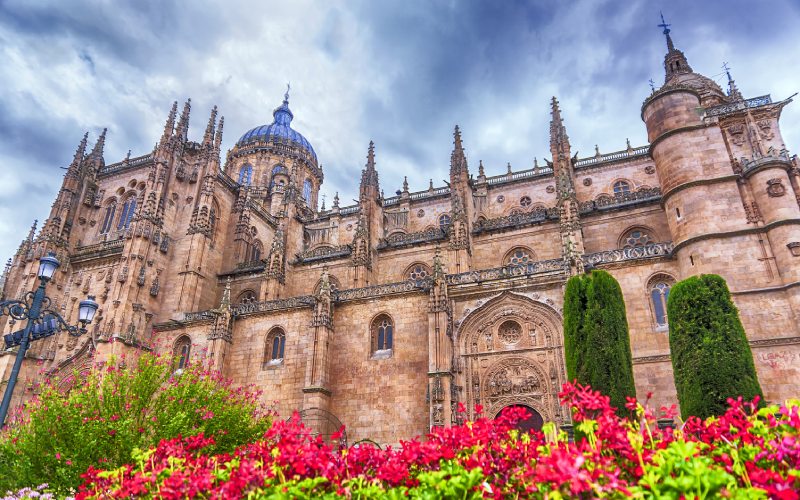 Castile and León was not spared from seeing its heritage affected. This is what happened in the Catedral Nueva of Salamanca, built next to the Vieja Catedral in the 15th century. Six minutes of trembling were enough to cause many visible cracks in the temple and to destroy several images on the façade.

The most worrying thing was the condition of the Las Campanas Tower; whose notable inclination indicated that it would soon fall. The dome was also very deteriorated due to the terrible loads it had to bear due to the earthquakes; which caused it to collapse intentionally and be replaced by another one. However, the fears of the inhabitants of Salamanca prompted almost total repair of the monument. This was done through a process of investigation and review of the five centuries of the structure and architecture of the Catedral Nueva. 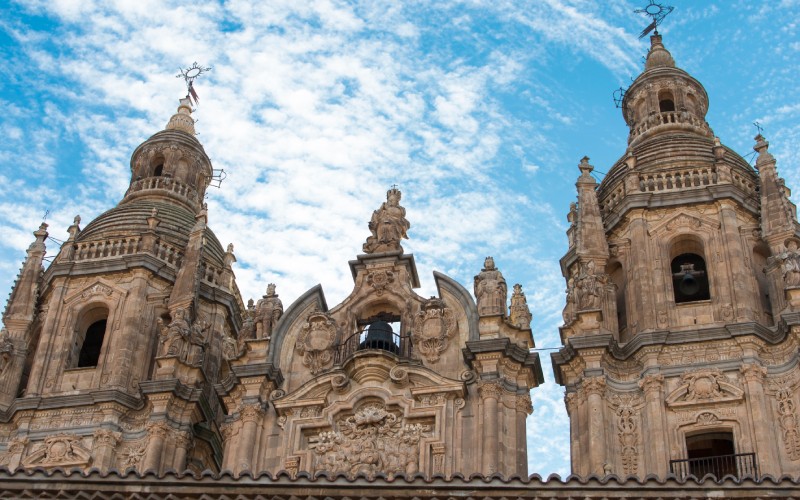 Other buildings also suffered numerous damages, such as the bishop’s palace, the old school and especially the lantern in the dome of La Clerecía Church, which can still be seen slightly tilted today. As there were no casualties, the Cabildo Catedralicio de Salamanca established the tradition that every 31st October a person would climb to the top of the temple tower to ring the bells in gratitude to God. By the way, he also checked the state of conservation of the tower. The Mariquelos, a family that lived inside the Cathedral, were in charge of enforcing the mandate every year until 1976. Years later, in 1985, the tradition was resumed. 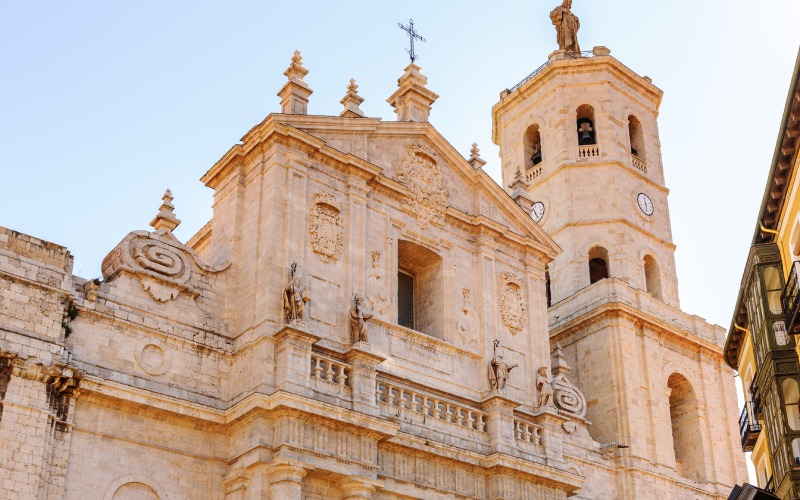 Just as the towers of the Cathedral of Astorga (León) and the Cathedral of San Antolín in Palencia suffered significant damage after the effects of the earthquake, the one in Valladolid was also terribly affected to the point of collapsing 86 years later, in 1841.

From the very beginning, the tower of the Cathedral of Valladolid had presented foundation problems. With a height of almost 75 metres and a style that was designed to be aesthetically pleasing, the residents called it the “Buena Moza”, as it was the tallest building in the whole city. However, its glory was short-lived. When the Lisbon earthquake struck, the foundations of its walls were badly damaged. The people of Valladolid tried to avoid a possible disaster by installing four iron belts around the body in 1761, to reinforce the structure of the tower. Although this manoeuvre delayed the disaster, it could not be avoided. On the afternoon of 31 May 1841, the city trembled when part of the cathedral structure collapsed. 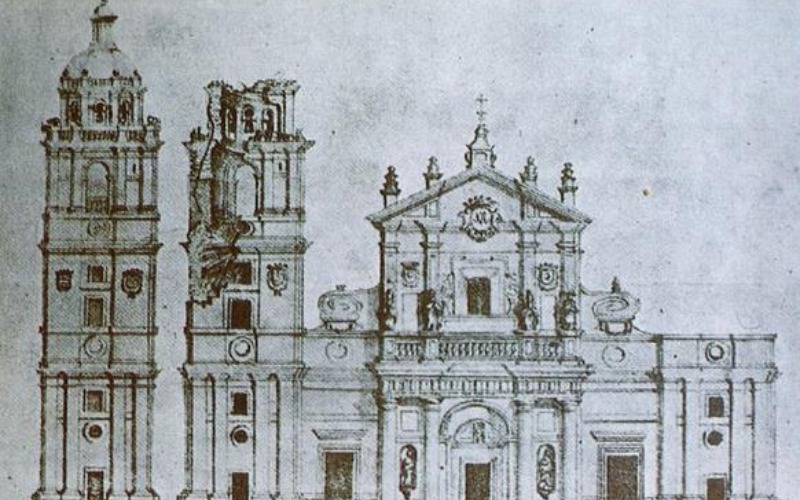 Drawing of the collapse of the “Buena Moza” in Valladolid. | Wikimedia

Without the “Buena Moza”, Valladolid saw itself without bells and without a clock; a symbol and a necessity for the population of that time. Thus, the local university had to build its own tower in 1857 to be able to place a clock there. The tower was never erected again in the cathedral, despite the fact that there was a project for it.

The collapse of the Cathedral of Coria, Cáceres 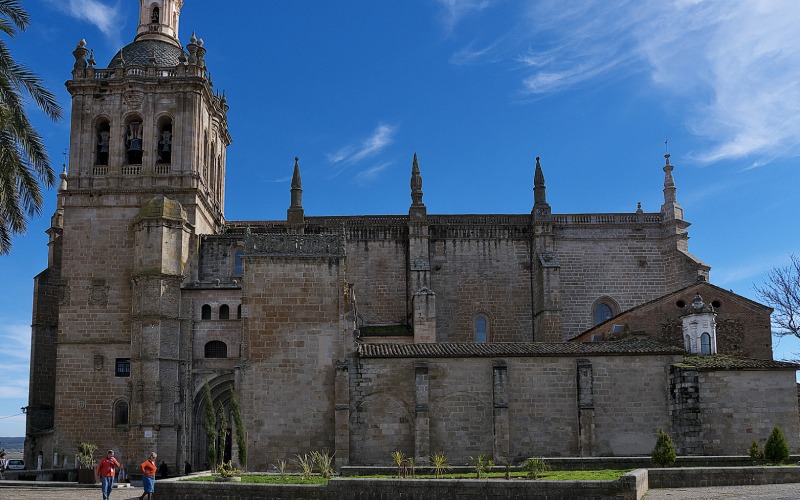 In the city of Coria, the earthquake caused real damage. The cathedral of Santa Maria de la Asuncion collapsed when its faithful were gathered for the All Saints’ Day mass. Unlike what happened in Seville, there were about twenty deaths.

The considerable material damage to the interior of the cathedral, specifically the chapel and the altarpiece, forced the clergy to suspend activity in the building for a time. The balustrade and the pinnacles were the most damaged parts of the exterior façade. Despite the various repairs, more than 260 years later the effects of the earthquake can still be seen in a wide crack that cracks the building’s ashlars.

Andalusia, Castile and León, castles, cathedrals, churches, Gothic
It may interest you...