The world capital of olive oil

Like a lizard curled up around the hill of Santa Catalina, Jaén was a coveted stronghold during the Taifas period. It is a beautiful monumental city waiting to be discovered. However, it is internationally recognized for having the best olive oil in the world.

Plan your stay in Jaén

To get perspective, the first thing to see in Jaén capital is the castle. From its viewpoints you can see the strategic situation of a city that was very disputed during the Reconquista. The tour of the many interesting monuments requires a full weekend.

Whoever has more time for a break has several options nearby. The most popular is in the neighbouring Sierra Magina Natural Park. This is a great location for active tourism in the province of Jaén. Those interested in history and the Reconquista can take a route to the south, visiting the towns of Martos and Alcalá la Real.

Knowing the history of the place is necessary to enjoy everything you can see in Jaén. The site of the capital has been occupied since the Chalcolithic period (IV millennium B.C.). These settlements were located in the Marroquíes Bajos and Puente Tablas. Already in the town centre of the capital were settled the Iberians around 800 BC.

The Peña del Castillo was taken over by different civilizations, including the Punic and Roman peoples. Hannibal’s Carthaginians exploited the mineral wealth of the mountain range from 237 BC. Thirty years later, Scipio Emiliano conquered it for the Romans. Oringis or Auringis reached the status of municipality in the first century, leaving the magnificent steles and mosaic that can be seen in the Museum of Jaén. 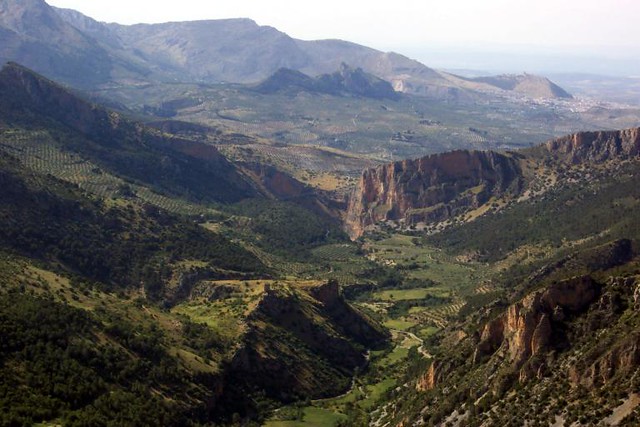 The Muslims took over Jaén around 711, framing it in the cora (province) of Yayyan. Such was the name of the first provincial capital. The administration moved from that district to what would later be called al Hadira, Jaián and Jaén. The change occurred in the middle of the 9th century, in the time of Abd-ar-Rahman II. Arabs built a line of walls, a large mosque and a fortress.

Around 1009, when the Caliphate of Córdoba collapsed, the Taifa kingdom of Jaén was created in the old cora. This condition lasted until the Almoravid invasion of 1091, whose leaders took control. The territory would change hands several times between the Taifas of Granada, Seville and Córdoba. Later, when the Almoravid Empire fell (12th century), the city belonged to several chieftains, including the Wolf King of the Taifa of Murcia.

When 1232 arrived, the caudillo Alhamar rebelled against the Murcians. Thus, he declared the Taifa of Arjona, which included Jaén and several local towns. King Ferdinand III would set up two imposing sieges on the city in 1225 and 1230, without success. After eight months of siege, in 1246, Alhamar signed the Pact of Jaén with Ferdinand III the Saint. This meant the surrender of the city, which became a border town.

In 1459, Henry IV would give the city to the almighty Constable of Castile, Miguel Lucas de Iranzo. The nobleman built a palace on Maestra Street, carried out urban reforms and defended the interests of his king in the fights with the supporters of his half-brothers: Alfonso of Castile and Isabella the Catholic. However, on March 21, 1473, the leader was murdered while praying in the Cathedral of La Asunción in Jaén. The king appeared in the city by surprise and interrogated several rulers. After that, he executed and hung several of them from the windows.

The capture of Granada and the positive consequences of the Discovery brought about the wealth of Jaén. However, from the 17th century onwards there was a sharp demographic and economic regression. The decline was accentuated at the beginning of the 19th century with the disastrous War of Independence.

In September 1823 Jaén and its surroundings were the scene of fighting between the liberal troops, led by General Rafael del Riego, and the absolutist forces. Ten years later it would become the provincial capital due to the new administrative division of Javier de Burgos. In 1873, during the First Republic, the city was declared an independent canton.

In July 1936 the city remained faithful to the Republican Government. Three weeks later hundreds of right-wing prisoners were killed. Later, on April 1, 1937, the Nazi Condor Legion carried out a retaliatory bombing in response to the one carried out by the Republic on Cabra. The result was 159 deaths. The spiral of violence continued and a few days later, the municipal authorities ordered the execution of 128 prisoners. During those years, the poet Miguel Hernández carried out propaganda work in the city.

After the disaster of the coup and a very hard post-war period, the city finally began to prosper. As a result of such progress, since 1983 it has been holding the great Expoliva Fair every two years. It is precisely oil and its ancestral cultivation that is the local and regional economic engine.

What to see in Jaén

The visit to what to see in Jaén can begin with the Castle of Santa Catalina. From there, using a little imagination, you can see the lizard shape of its contours around the hill. You can also see the sea of olive trees that extends to the horizon. The fortress has been completely refurbished and houses a Visitor’s Centre inside. 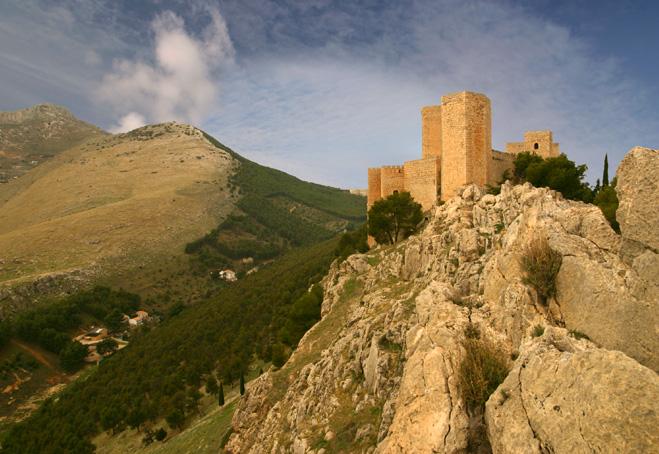 Going down to the city centre, the spectacular Cathedral of La Asunción de Jaén (16th-18th century) awaits. Of Gothic and Renaissance style, it is the best temple to see in Jaén capital. In 1473, in the space of the old main chapel, the Condestable Iranzo was murdered while he was praying. On the other hand, the well-known cathedral front is a work of López de Rojas. Meanwhile, very late in the 18th century, Ventura Rodríguez conceived the famous Capilla del Sagrario, in fact a complementary church that was completed in 1800.

The Altarpiece of Santa Teresa, the image of Our Lady of Sorrows and the Christ of the Good Death stand out from the whole. Of great value is also the canvas by Valdés Leal representing Ferdinand III, the reconqueror of the city. There is also a work by the painter Maella representing the Holy Family and the reliquary of Santa Cecilia. The visit to the temple is completed with the rich Cathedral Museum, which houses some of the most important works to be seen in Jaén. 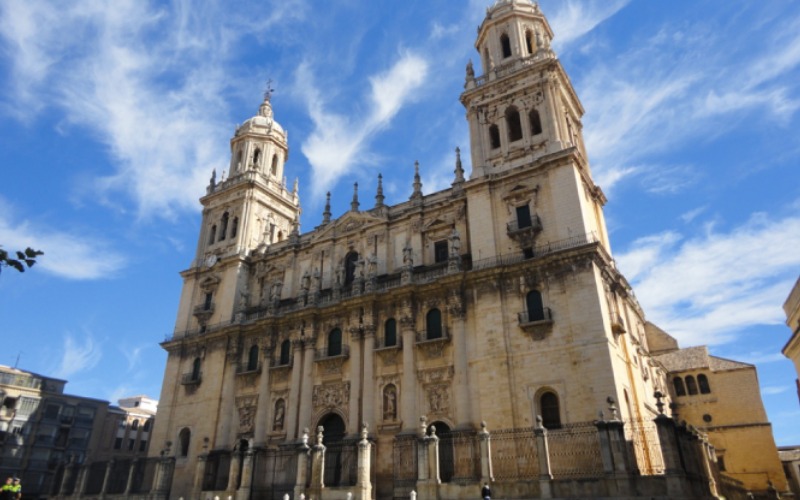 Monuments from the past

The Arab baths of the Palace of Villadompado, built in the 11th century and reformed, are amazing. They make up a unique complex in the peninsula, complemented by its splendid courtyard. Today it houses two museums: Naif Art Museum and Traditional Customs Museum.

For its part, the Sagrario Church (18th century) owes its general idea to the great architect Ventura Rodríguez, who designed its magnificent vault of coffered ceilings. It also includes paintings by Mariano Salvador Maella.

Continuing with what to see in Jaén is the turn of the Basilica of San Ildefonso. Its history is strongly linked to the capital of Jaén. In fact, its very foundation is related to a miraculous event according to which the Virgin herself appeared in the place in 1430. As far as its architecture is concerned, it mixes Gothic, Renaissance and Neoclassical elements. The building has a body with three naves. Meanwhile, the medieval image of the Virgin of the Chapel stands out in its interior. Pedro Duque y Cornejo is responsible for the tabernacle-altar (18th century). 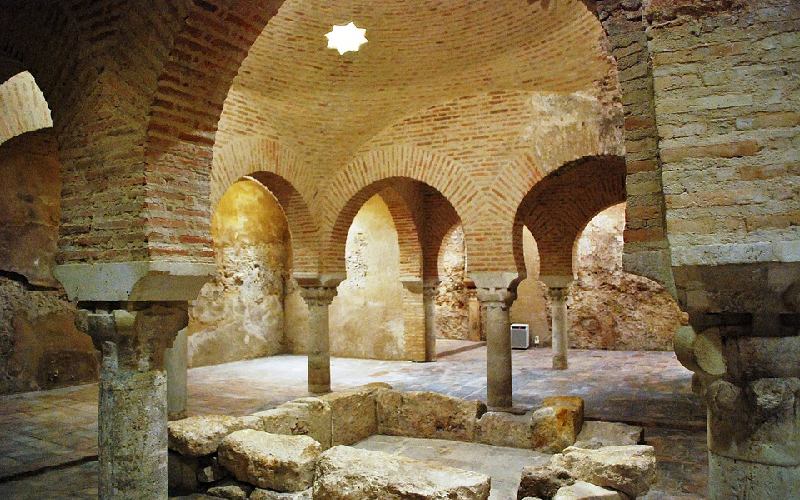 In the Plaza de la Magdalena is the church of the same name, with a clear late-medieval flavour. Luckily, it did not lose its façade completely after the intervention of Vandelvira, who was responsible for the new bell tower, in the 16th century. The church is built on top of a primitive mosque. On the other hand, the Hospital de la Orden de San Juan de Dios (17th century), whose factory has medieval origins, stands out. The Gothic façade is noteworthy, contrasting with the already classicist aesthetics of its interior courtyards, the real protagonists of a building that is now a cultural centre.

The Torre del Concejo is integrated into the Church of San Juan, which is very old and still shows its late Gothic silhouette. At the same time, the small temple of San Bartolomé was also created in medieval times. In fact, there is still a baptismal font from this period. However, it has a beautiful classicist façade dating from the 17th century, the same time as the impressive Christ of the Expiration that is preserved inside. Also outstanding is its main altarpiece, made a century earlier.

One of the most singular ecclesiastical institutions that must be seen in Jaén is the Santa Capilla de San Andrés, from 1515, whose interior keeps a dressing room from the 18th century. The space combines late Gothic (Mudejar) architectural and artistic elements with other classicists. It is advisable to visit the galleries of its Renaissance courtyard and contemplate its beautiful works of art.

From the medieval temple of San Lorenzo remains the so-called Arco de San Lorenzo. which serves to frame an image of a crucified man much venerated in the city. Of the Church of San Miguel, medieval but reformed in the 16th century, several pieces remain. The main ones are its tower, apse and the doorway designed by Vandelvira.

There is still another brilliant ecclesiastical construction to be seen in Jaén. This is the Royal Monastery of Santo Domingo (16th-17th centuries), whose well-cared-for portico and beautiful cloister offer a beautiful walk. The experience is completed with a temple decorated with remarkable frescoes. This space also had other uses, such as housing early university headquarters.

At the end of the 19th century, the definitive seat of the Provincial Palace of Jaén was promoted, whose most notable front can be seen from the Plaza de San Francisco. The last monument to see in Jaén is in the Paseo de la Estación. It is the Provincial Museum of Jaén, where an outstanding archaeological collection is presented, especially Iberian.

These are some of the great festivities to see in Jaén capital. Night of San Antón (January 16), Carnival, Holy Week, May Crosses, Feast of the Virgin of the Chapel (June 11), Santa Catalina (November 25).

Here are some other outstanding events in Jaén city. Carrera Urbana Internacional (night of San Antón, January 16), Expoliva (biannual), Feria Chica (around June 11). In addition, Day of the Lizard of La Magdalena (July 2) and Fair of San Lucas (mid-October).