From north to south and east to west, it is possible to find all over Spain some examples of medieval towers. Throughout the Middle Ages they were very popular and their use was mainly military or religious. Both Christians and Muslims used them profusely in their constructions and in many places they have become, over the years, a true symbol of identity. They can be found as part of a fortified circuit, a religious complex or even in isolation. 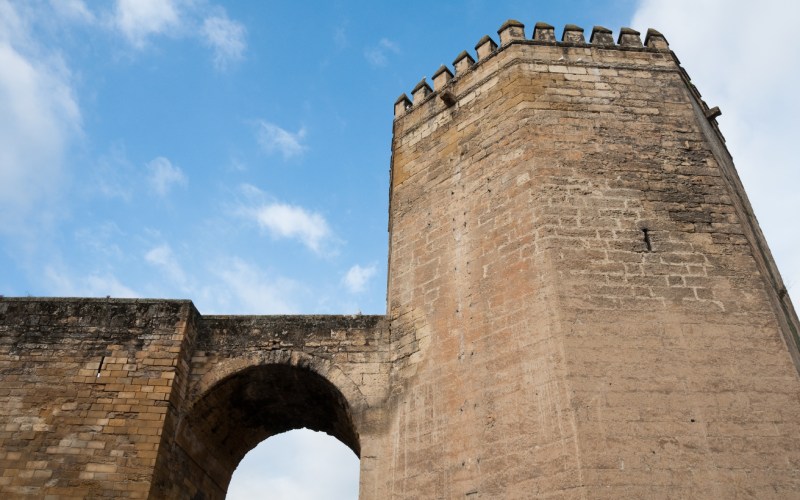 Finished in 1408 on the remains of an earlier Muslim tower, it was inspired by the Puerta de Sevilla of the Alcázar Viejo. Once again, a wall tower was initially used for defense. It was commissioned by King Henry III “the Suffering” of Castile to the Corregidor of the city of Córdoba. With an octagonal floor plan, it is supported by an arch that joins it to the wall. Years later it was used as a prison for nobles. Regarding the origin of its name, legend has it that Fernando Alfonso de Córdoba, a knight of the monarch, killed his wife and her lover. As a punishment he had to build this structure that would serve him as a prison. 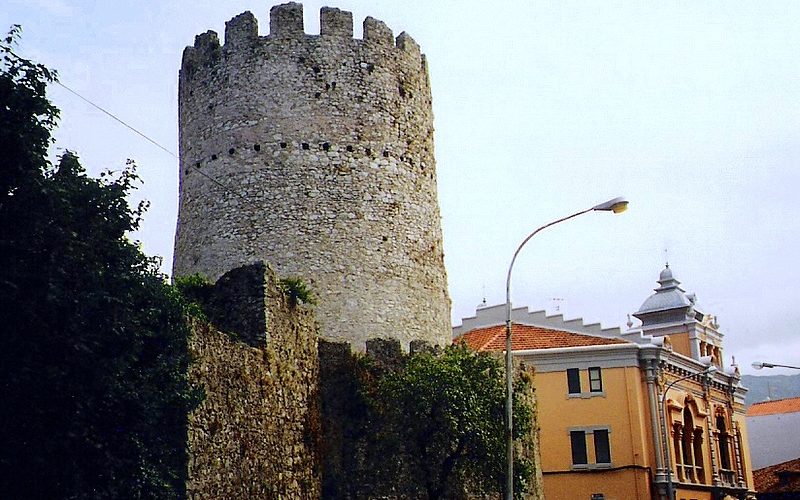 This 13th century defensive tower, declared a National Monument in 1876, is located on the medieval wall of Llanes in Asturias. Its construction is attributed to King Alfonso X. Later, like other watchtowers of the same period, it was used as a prison. It is built in limestone and has a circular floor plan with five floors. Its masonry walls are up to five feet thick on some floors. The top floor is a crenellated roof, where the surveillance and defence of the town was carried out. For a time it housed the tourist office that is now located in the old fish market.

Tower of the Cigüeñas Palace in Cáceres 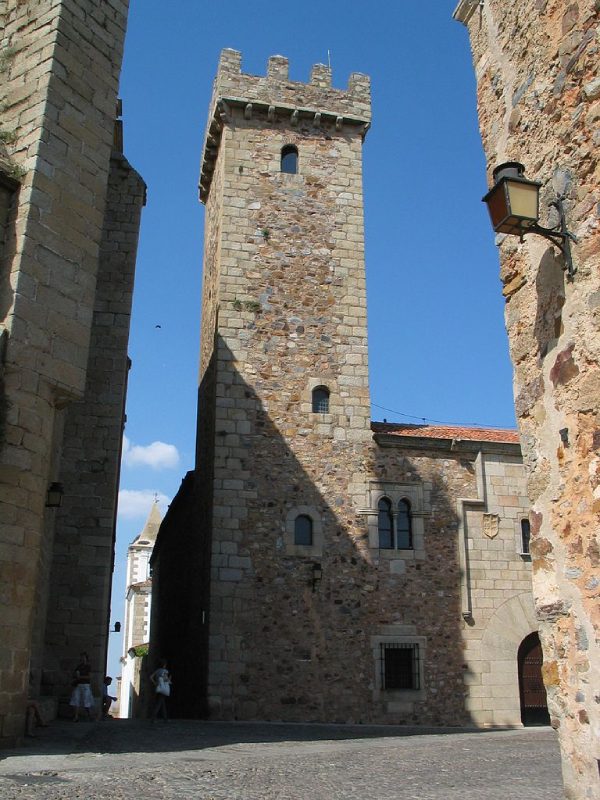 Tower of the Cigüeñas Palace. | Wikimedia

This magnificent building is located in the Plaza de San Mateo, right at the highest part of the monumental site of Cáceres. It was built in the 15th century on a part of the Almohad fortress.  Its curious name pays tribute to the number of storks that nested there. It is worth noting its great height; since it stands out above the rest of the towers of the palaces in the complex. Raised by Don Diego de Ovando; it was the only one that did not suffer the “desmochamiento” ordered by Isabella the Catholic. In this episode, the queen wanted to punish the nobles of Cáceres, who had supported the Infanta Juana “la Beltraneja” in the fight for the succession of Henry IV. Thus, she demolished all the towers that were higher than the roofs.

Tower of Abizanda Castle in Huesca 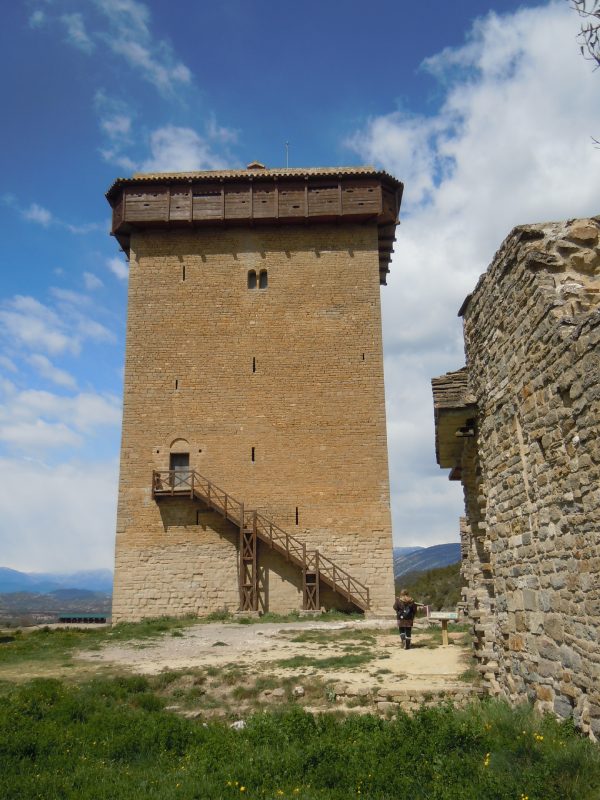 Abizanda Castle in Huesca was built in the 11th century. Its tower occupies the highest area and is surrounded by a walled enclosure that was key in the surveillance of the area against the Muslims. The watchtower itself was like a small defensive city that few could enter and leave. Along with the Biel Tower are two clear references to the Romanesque architecture of the area. They also make up one of the most important defensive remains in Aragon. It has a rectangular floor plan and is 24 metres high. It is built with ashlar stone in its lower part and ashlar on top. 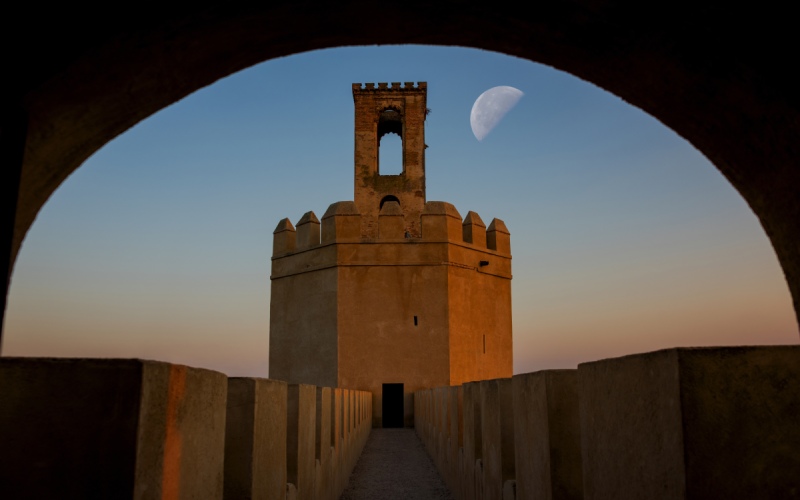 With an octagonal floor plan from the 10th century, it is also known as the Watchtower and is located next to the citadel of Badajoz and the gardens of La Galera. It is a wall tower, with clear defensive purposes, advanced about twenty meters from the wall and connected to it by a crenellated passage. Its origin is Almohad, the Moroccan Berber dynasty that ruled the south of the Iberian Peninsula from 1147 to 1269. It tends to be said that it is an imitation of the Torre del Oro in Seville, but the reality is that it was built half a century earlier. The name Espantaperros comes from the tradition in which the ringing of the bell that crowned the tower served to warn the Christians about the worship and scared off “the dogs”, that is, the unfaithful. 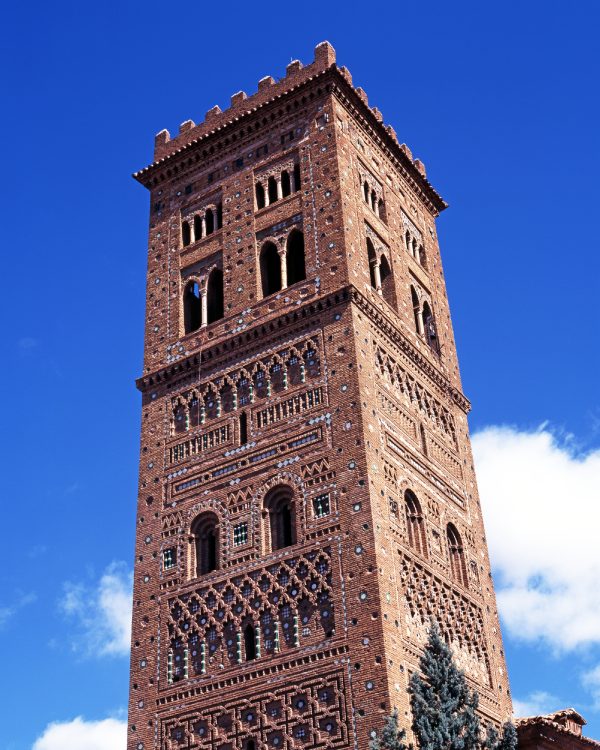 This Aragonese Mudejar building was erected at the height of the Kingdom of Aragon in the 14th century during the persistence of the Muslim population. This is why it imitates the structure of the Almohad minaret with two concentric square towers. Along with St. Martin’s, it is involved in a tragic legend. In it, two great friends, Omar and Abdullah, fall in love with the same woman, Zoraida. In the competition for their love, the object of their desire asked them each to build a tower. The young woman’s father promised his daughter’s hand to the one who would finish the work first. The fastest was Omar, who did the one in San Martín. Unfortunately, when she saw that she was slightly bent over, he threw herself into the void. Abdullah finally married Zoraida. 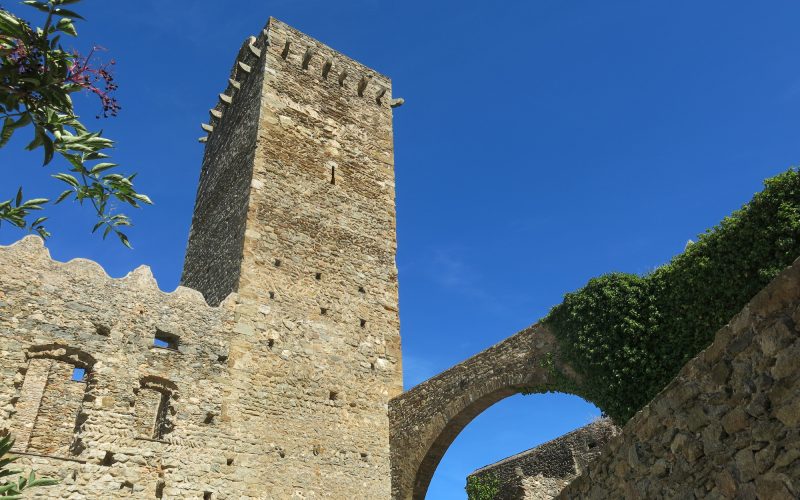 One of the must-see places for lovers of the Romanesque style is, without a doubt, the Monastery of Sant Pere de Rodes at Cap de Creus in Girona. Its origin has always been shrouded in mystery. In its silhouette two great elements stand out, the bell tower and the homage tower. This defensive tower has almost no openings. It should not be forgotten that as in the rest of the Mediterranean coast, this area suffered from attacks by pirates and corsairs. At the top you can see the gussets that would hold up the cornice. Built possibly before the 10th century, it was finished around the 15th century. 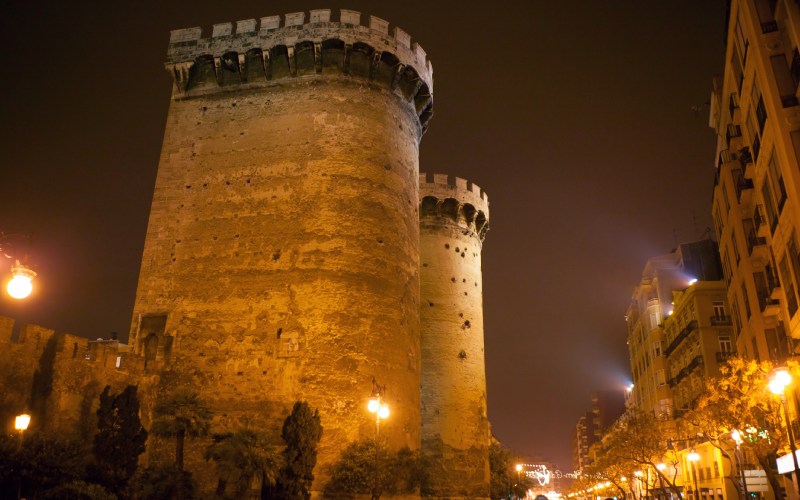 These towers owe their name to their location on the path that led from the centre of the city of Valencia to the village of Cuart de Poblet, the Roman Quartum. They were in charge of opening the way to the kingdom of Castile. In fact, they are one of the two fortified gates in the medieval wall of Valencia that are still standing and date from the mid-15th century. With a surprising semi-cylindrical floor plan that offers the traveller who enters or leaves different perspectives; they are joined by a central body that includes the door in the shape of a semicircular arch.

Several were its architects at different times. Jaume Gallent and Francesc Baldomar, the first ones. It should be noted that these towers are not symmetrical. They do not have the same volume and the whole has an oblique floor plan. As a curiosity, up to eight sets of paintings were found on their walls; some of them from the 16th century. 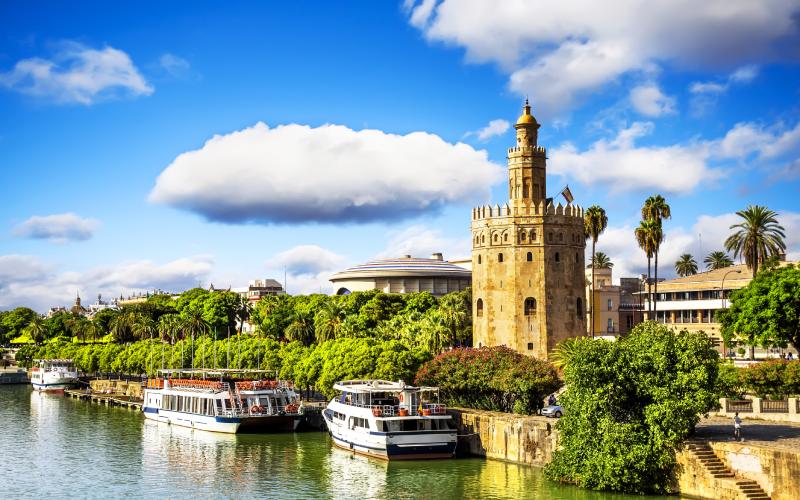 If there is a famous tower in Spain this is definitely the Torre del Oro in Seville, one of the real symbols of the city next to the Giralda. On the left bank of the Guadalquivir River, this magnificent wall tower of three sections began to be built around 1220 by order of the Almohad governor of Seville. Later, both Peter the Cruel in the 14th century and Sebastian Van der Borcht in 1760 completed this wonderful tower of golden glitter. The first body and the second body have a dodecagonal floor. The last one is cylindrical and is topped by a beautiful golden dome. According to legend, this tower served as a refuge for the ladies courted by King Peter I, for example, Doña Aldonza, sister of Doña María Coronel, while his wife lived in the Alcazar.