Rural depopulation is a long-term problem that has come to light effectively not long ago. It has been affecting large areas of Spain, many of them very old, since the 1960s and 1970s. These uninhabited parts of Spain survive with small population densities and above-average ageing populations. Regions and territories that hold beautiful landmarks and sites, which are worth discovering. This small selection includes some of the most outstanding ones. 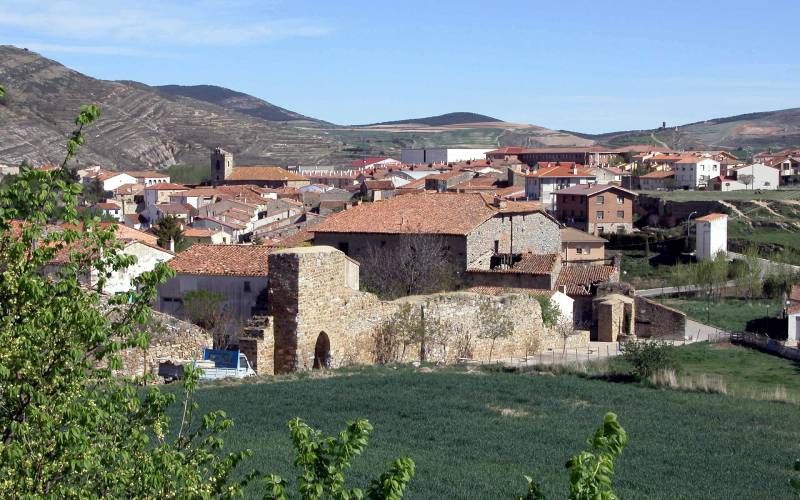 Since the 1960s, this Soria region has seen its population fall by 85 percent. From almost 10,000 inhabitants, it now has only about 1,500. San Pedro Manrique is its main town and the only municipality with more than 200 inhabitants, specifically 620. Among the many towns and villages that are located in this area near La Rioja, there are many uninhabited ones. They are mixed with holly trees and mountainous landscapes in which there are barely two people per square kilometre.

As is usual in these territories, winter is the hardest time and summer means a temporary increase in population, with people returning for holidays. For example, the fire jumps during the typical festivities of San Juan in San Pedro Manrique are famous. Historically, this region has been closely linked to transhumance, as a land of passage, and to the agricultural sector. However, its isolated situation and harsh environment has led to its depopulation. 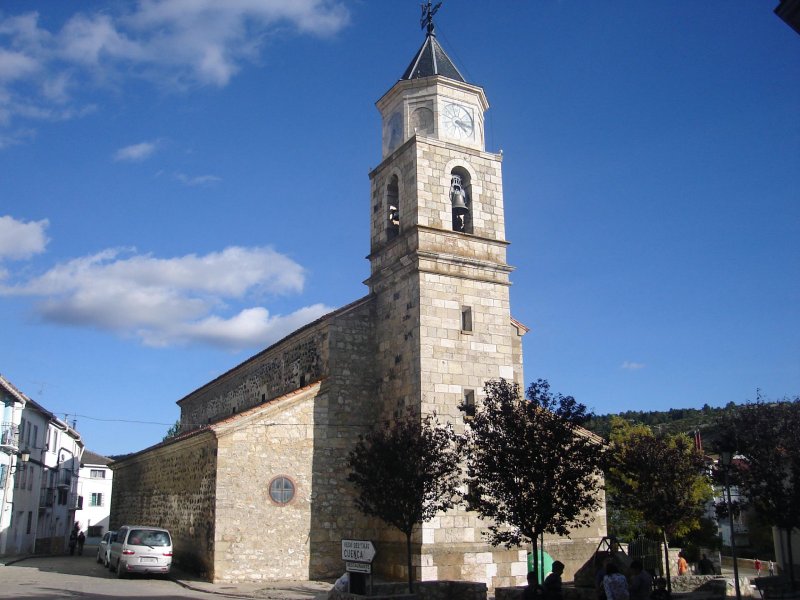 Church of Santiago in Guadalaviar. | Wikimedia

This area, which lies between three provinces, has become known as one of the most uninhabited in Europe. This is why it has been called Spanish Lapland, a nickname it shares with the Celtiberian Serrania, of which it is part. The latter is a territorial amalgamation characterised by mountainous environments and the problems of depopulation it suffers. Montes Universales are less densely populated than even the Scandinavian region. One of the reasons is that the population centres are far from each other. Similarly, the position of being a crossroads does not help to ensure that there are joint actions, as they depend on multiple administrations.

The Guadalaviar River, which will become the Turia upon its arrival in Valencia, is a natural source. The landscape is marked by large limestone formations. This generates an even greater feeling of desolation and isolation. At the same time, it makes the place perfect for active tourism activities such as hiking. In any case, silence is what rules these high plateaus between Cuenca, Teruel and Guadalajara.

Well connected to the A-2, Campo de Daroca has less than six inhabitants per square kilometre. It is a transit area between Zaragoza and the city centre, close to Cariñena or Calatayud. Daroca was a spectacular medieval enclave that still conserves part of its fortifications. Next to its basilica of Santa Maria or the water pipe such as La Mina is its main attraction. However, the rest of the territory is notoriously languishing.

An essentially flat area, the second town that attracts most attention in Campo de Daroca is Gallocanta. Not in vain, it has a large saltwater lagoon which is among the largest in Europe. Thanks to this, it is a natural centre of attention of the highest level. The absence of fish creates a truly curious ecosystem in which birds are the main protagonists. Mammals and amphibians also abound, protected by the declaration of the site as a natural reserve. 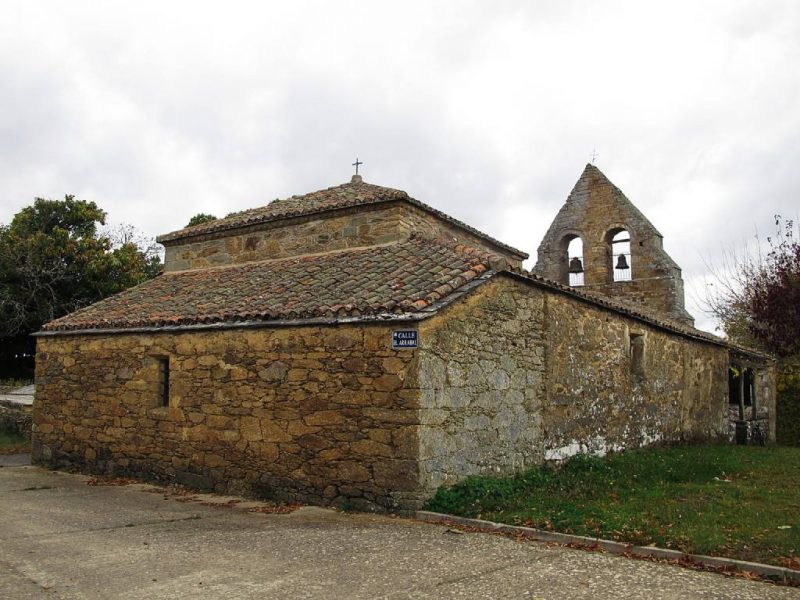 Getting to know this uninhabited Spanish area is easy because it is very well connected, as in the previous case. In fact, the Vía Sanabresa, a variant of the Vía de la Plata‘s Way to Santiago, passes through it. In this way pilgrims can see first hand the natural beauty of this region of Zamora, but also how empty its villages are. Between mountains and impressive wooded areas, bathed by the Tera or the Rio Negro, the Carballo landscapes disperse.

This region is halfway between Sanabria, with Puebla and its lake at its head, and the valleys of Benavente. Bordering, it combines mountain areas with other lowlands. Mombuey is its most outstanding population, although the population is relatively spread out in small municipalities. All of them barely exceeded 2,800 inhabitants in 2018, to give a density of 3.61 per square kilometre. The oaks, called carbayus/carballos, are the trees that give rise to the place name. The region’s patron virgin is in Rionegro del Puente, which has an exceptional church.

The province of Guadalajara is a land of contrasts. On the one hand, the areas near Madrid prosper thanks to an industry that is, however, in decline. On the other hand, the rest have been suffering the consequences of depopulation for decades with few exceptions. A good example of this is the Señorío de Molina and the Alto Tajo. This region, which borders on Aragon and Cuenca, is made up of deep valleys and isolated mountain areas, cut off by the longest river in Spain. As was the case with the Tierras Altas of Soria, the comparison with the beginning of the century leaves a decrease of 80 percent in the population.

At a natural level, the Tagus Natural Park is its best value. At the same time, the spectacular landscape it generates makes communication very difficult. Near Montes Universales and the Daroca road, it is part of one of the areas most affected by the depopulation of Spain. Meanwhile, Molina de Aragón has a stately appearance thanks to its medieval castle and other monuments. Its size makes it the main centre of the territory and its surroundings. 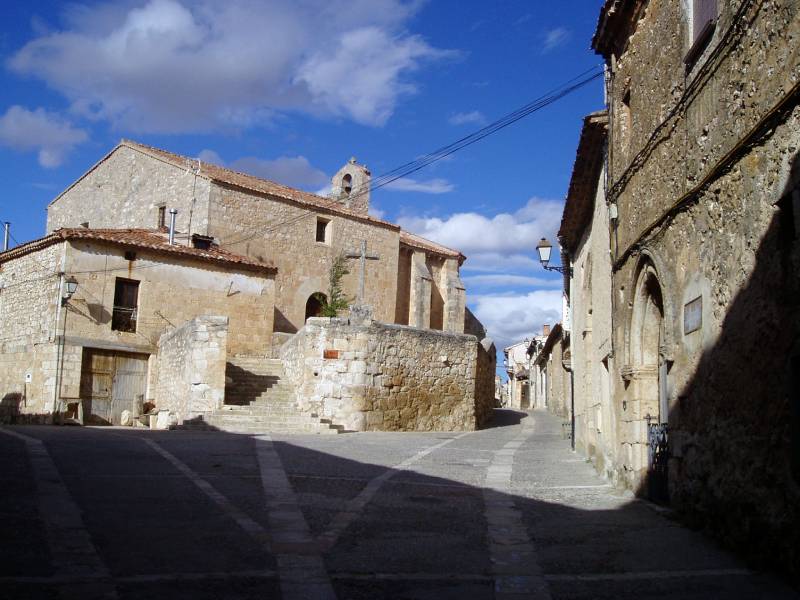 During the Middle Ages the places conquered from the Arabs by the Christians were organised in various ways. On the Castilian border one of these was the creation of Comunidades de Villa y Tierra (“Town and Land Communities”). Among them is that of Maderuelo, next to the Hoces del Río Riaza. The Linares reservoir is the backdrop for the municipality of Segovia, which heads this hundred-year-old association of towns. This town is a paradigmatic example of the towns that make up the entity. A beautiful but very extensive environment in which each municipality has too much land to cover.

The region of La Cabrera is part of another black area of depopulation, in León, near La Carballeda and Viana in Ourense. In this case, it is a very mountainous area which justifies the housing difficulties to a certain extent. However, the decline of the rural sector has made it even more affected. It has less than four inhabitants per square kilometre. However, it is a major tourist area, with the economic potential that this can have.

For example, the Baña lake is a natural spectacle. The forests are abundant, as well as the aforementioned slopes. This makes hiking a great alternative for active tourism to discover La Cabrera. In addition, its mountains give rise to springs and waterfalls very showy. Moreover, the animals that give the name to the region, the mountain goats, known for their agility and bad character, are common. 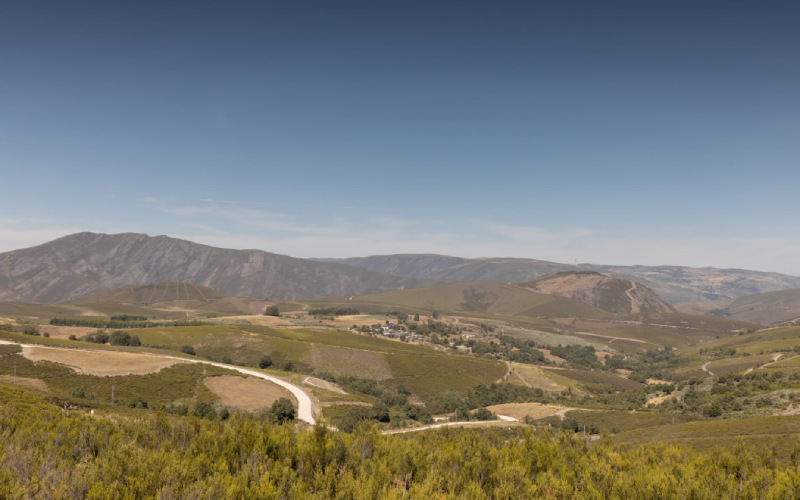 You do not have to go far to reach the next territory in this review of depopulation in Spain. It is in Ourense, in a land known for its mountains and its herbal liqueur. Gudiña is one of the best known populations of this region. A reference centre that, together with a few others, differs from the rest of the area. Like the Carballeda, it is crossed by the Vía de la Plata in its Sanabresa variant. The very wide valleys are crossed by immense mountains where there are many reservoirs. The Serra Seca is a good example of these amazing places where the Vendas abound, small villages where time seemed to have stopped decades ago. In any case, O Invernadeiro is its greatest natural attraction.

The extent of this leads to confusion. 15 inhabitants per square kilometre is a low figure but stands out on the list. However, leaving out Arévalo the figure drops to ten. In most villages, with fewer than 100 inhabitants in many cases, it is less than six. Depopulation is at the heart of La Moraña. It was already deserted in the time of the Arabs. It occupies part of the north of Ávila, a province which is among those most affected by rural decline. For decades this region has been famous for its depopulation. Old towns that ended up deserted for whatever reason. Crops are common in its flat areas. Between rivers and gentle slopes you can discover a region of contained beauty where you can walk among the remains of the past.