Lugo is fascinating. You understand it when you visit the Cantabrian area known as mariña lucense, with its impressive beaches and its fishing life. You also understand it when you discover the villages that live around the Miño, in the incomparable Ribeira Sacra, with its breathtaking landscapes. One can come to think that this Galician province has everything: the infinite mountains, the relationship of the community with the sea, the Way to Santiago, a lot of history and a lot of culture. And everything can be discovered in every town or village that one decides to visit. 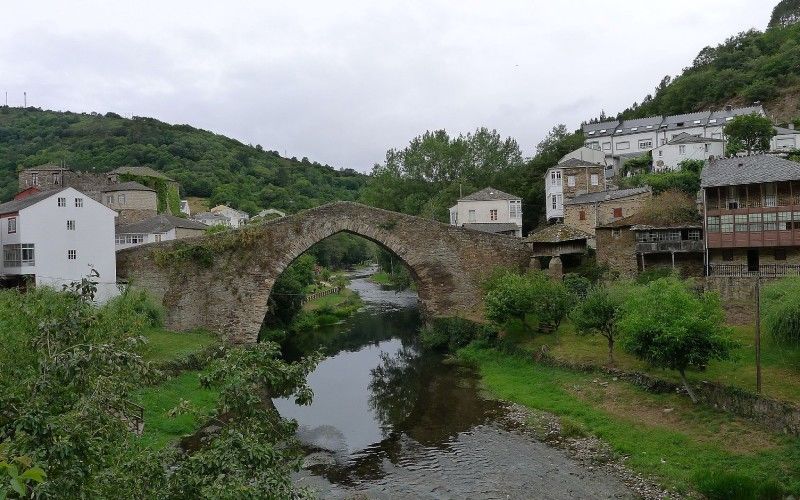 The municipality of Navia de Suarna is one of the most stimulating in Lugo. | Vicente Maza Gómez, Wikimedia

This village is located in the Ancares mountain range, it is crossed by the Navia river and welcomes the visitor with one of the best medieval bridges that can be discovered in Galicia. It is the capital of the municipality of Navia de Suarna, which marks part of the border with Asturias. Ideal destination for those seeking tranquility and contact with nature, it will surprise the visitor with the Altamira Castle and also with a surrounding area in which more than two dozen forts can be counted.

Belesar, at the mercy of the Miño in Lugo 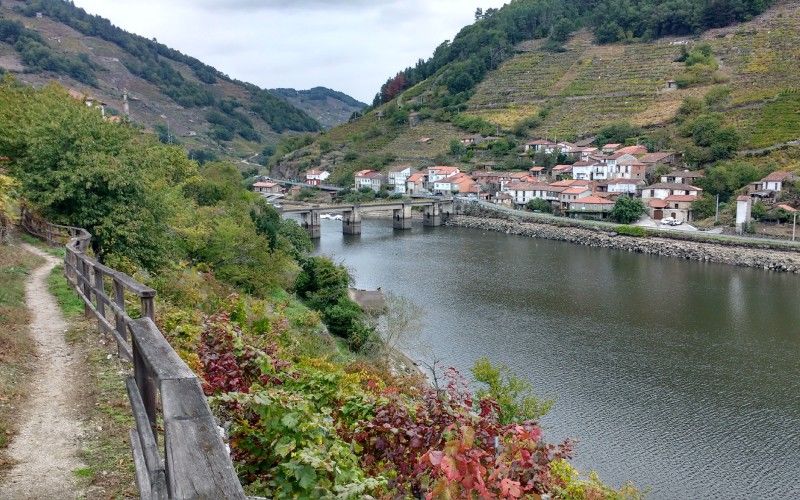 The village of Belesar is one of the best places to discover the Ribeira Sacra. | Shutterstock

This quiet village resting on the banks of the Miño has a long history next to it. You can still walk along the so-called Codos de Belesar, the remains of the Roman road that linked the large population centers on either side of the river giant. This name refers to the winding shape of the path, which saved as it could the impressive slope that still today is difficult to ascend or descend. It is a fantastic place to know and understand the value of the Ribeira Sacra, the so-called heroic viticulture and the relationship of this area of Galicia with the Miño. 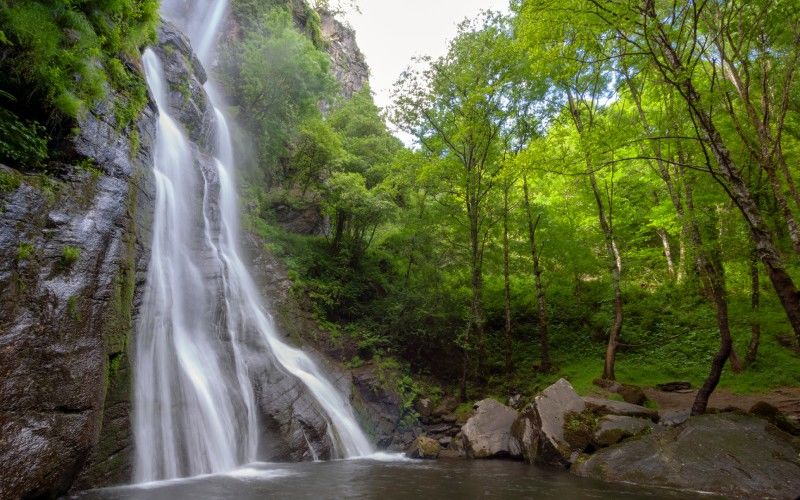 A Fonsagrada stands out as a whole, but you have to start to know it by the village that gives its name to the largest municipality of Galicia, with 438 square kilometers. In this town you can enjoy the parish church, inside which there are altarpieces of great value. As with Galicia in general, the surrounding nature is part of the essence of the population center, so do not leave without discovering the primitive settlements in the area or the largest waterfall in the community: the Seimeira de Vilagocende.

Froxan, the value of restoration 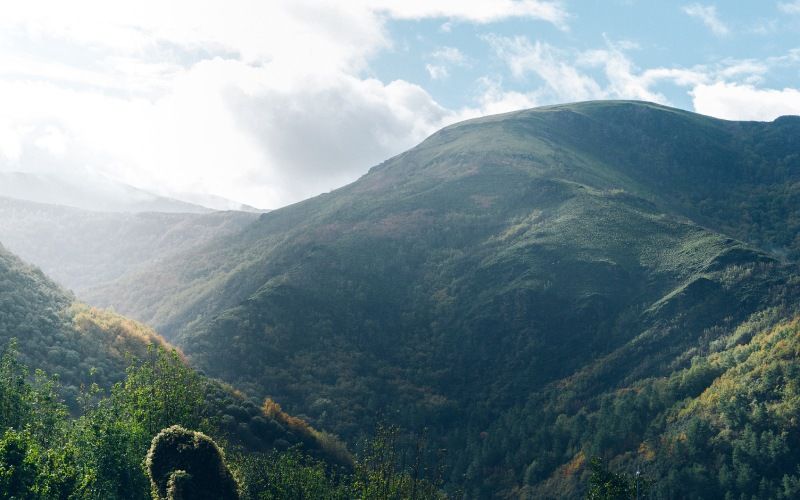 Around Froxa, the mountain range of O Courel impresses with its landscapes. | Miguel Grandío, Wikimedia

The Xunta de Galicia was responsible for restoring this small village in the municipality of O Courel. Subsequently, it was declared an Asset of Cultural Interest. Its narrow streets allow the visitor to discover a particular, traditional architecture and many remains of its history, such as Fonte do Milagro. It is also located in a very Galician environment: there is nothing but green around Froxan.

Mondoñedo, the capital of Central Mariña 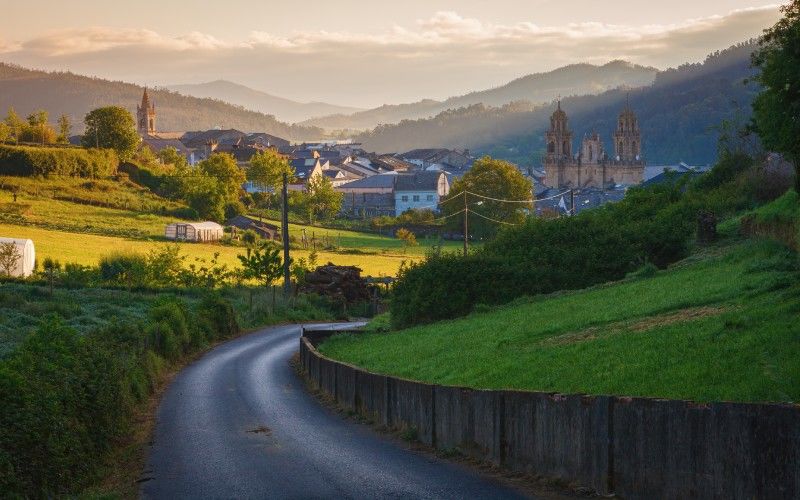 The heritage of Mondoñedo is numerous. Alfonso VII of León granted it, in 1156, the title of city, which explains the great concentration of monuments that it keeps. It highlights its Cathedral Basilica of La Asunción which is, along with the Northern Way, a UNESCO World Heritage Site since 2015. You should also visit the house-museum of Álvaro Cunqueiro, a native of Mondoñedo, or the Ponte do Pasatempo. And you should not leave, of course, without taking a walk in the surrounding area.

O Cebreiro, the welcome of the French Route 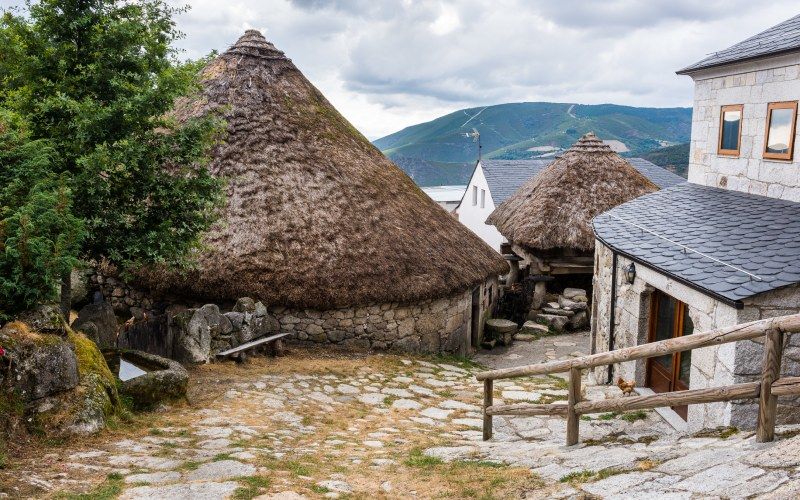 O Cebreiro forms one of the most characteristic images of the community. | Shutterstock

O Cebreiro is the first Galician village on the French Way. The pilgrim crosses the border to enter the land of St. James the Apostle and is welcomed by its pallozas, which speak of its ancestral past and form an unforgettable image. It is located at an altitude of 1,300 meters, is part of the Ancares and has in its church of Santa María la Real do Cebreiro a valuable Romanesque chalice. All in all, visiting O Cebreiro means having an encounter with the past.

Os Peares, where everything comes together 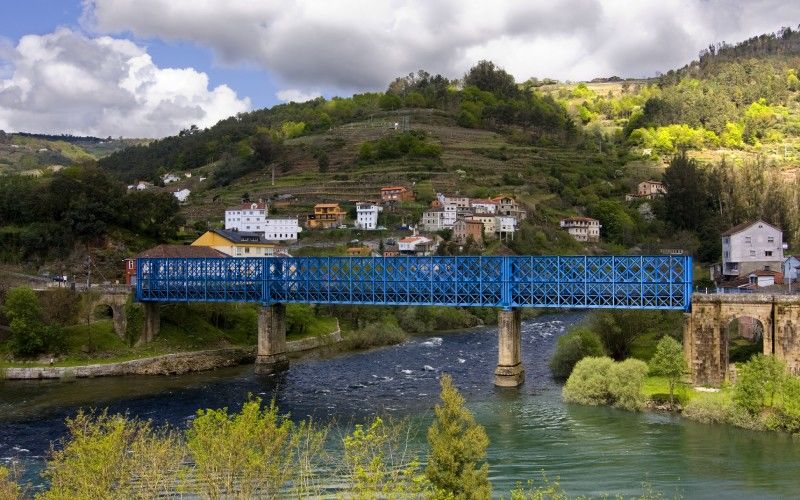 The town of Os Peares is one of the most curious of Galicia. It is in this place where the river Miño and the river Sil meet, thus giving rise to one of the hearts of the Ribeira Sacra. But, in addition, depending on the neighborhood where you are, you will have to say that you are in the province of Lugo or Ourense. Os Peares belongs to both provinces and to four municipalities. A good part of what is the Ribeira Sacra is in this village, a place that has had to adapt to this wild nature. 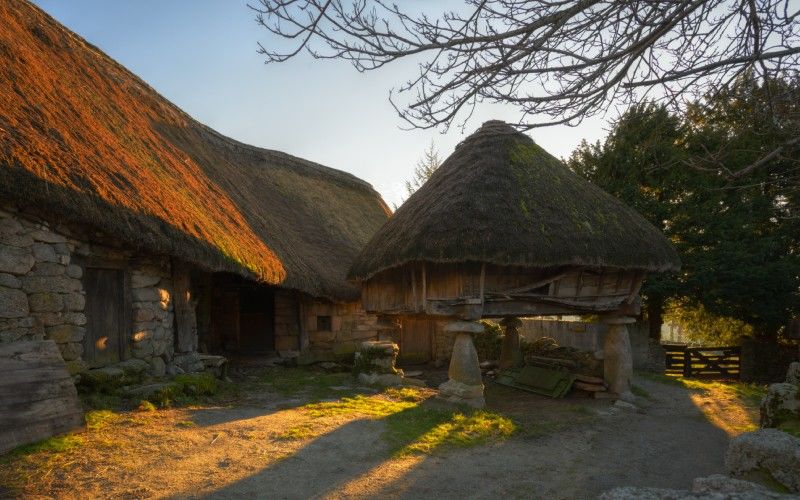 The pallozas, ancestral constructions, characterize the image of Piornedo. | Shutterstock

Again pallozas. Those of Piornedo were inhabited until the seventies, a fact that says a lot about the way history has been preserved in this small village in the municipality of Cervantes. In addition to these ancient constructions, the raised granaries and the mountain houses form an authentic image, as they say in the land. Near Piornedo, the 2,000 meters of the Mustañar peak speak for themselves of the impressive nature of the area. It is one of the most interesting villages in Galicia.

Portomarín, the resurrected village of Lugo 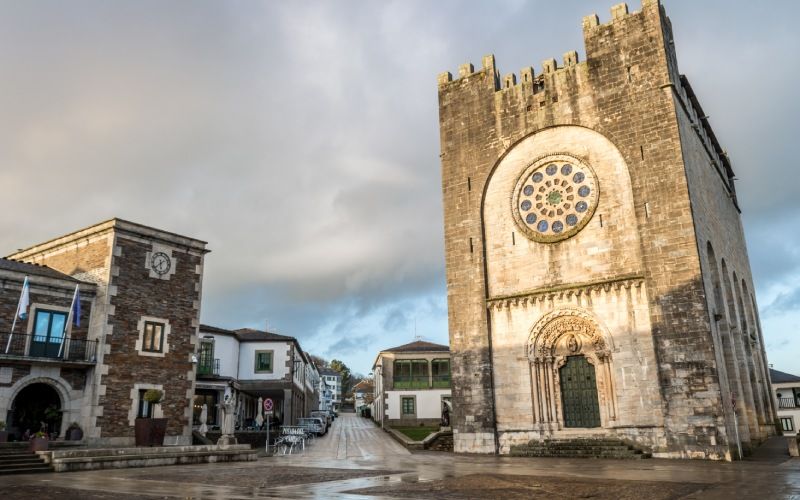 The church-fortress of Portomarín was moved stone by stone. | Shutterstock

With the construction of the Belesar reservoir, the old village of Portomarín was buried under its waters. Today, however, Portomarín is a thriving village overlooking the Miño from the heights. When tragedy loomed over its neighbors, they rescued and preserved certain elements of what had been their home in order to raise it up again. The church-fortress of this town, San Xoán de Portomarín, was moved stone by stone, an event always to be highlighted. History, lots of life and fantastic postcards, that is Portomarín.

Ribadeo, the sea in all its splendor 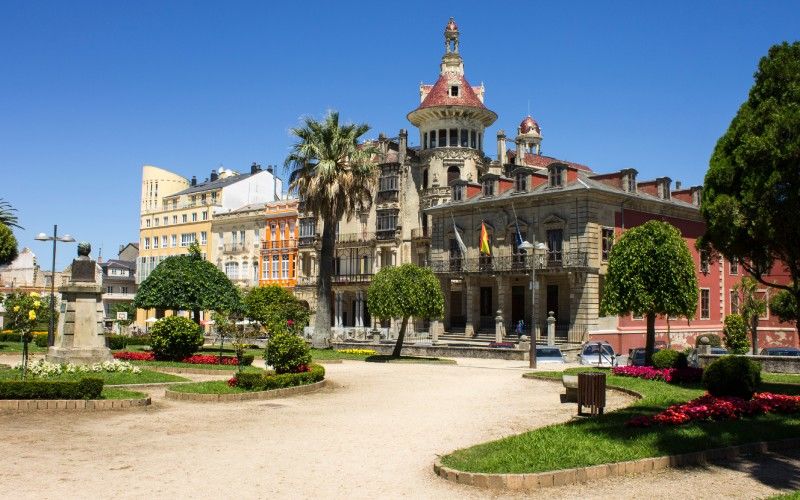 Ribadeo has a lot of history and a lot of culture. | Shutterstock

There is much to discover also in Ribadeo. To point out, first of all, that it is located in a privileged location: in the Eo estuary or Ribadeo estuary, as it is known in Galicia. With the Bay of Biscay to the north, landscapes as spectacular as Illa Pancha and its lighthouse are formed around Ribadeo. It also highlights its historic center, which has both traditional sailor houses and authentic manor houses. Nearby, in addition, awaits one of the natural riches of Galicia: the beach of the Cathedrals. 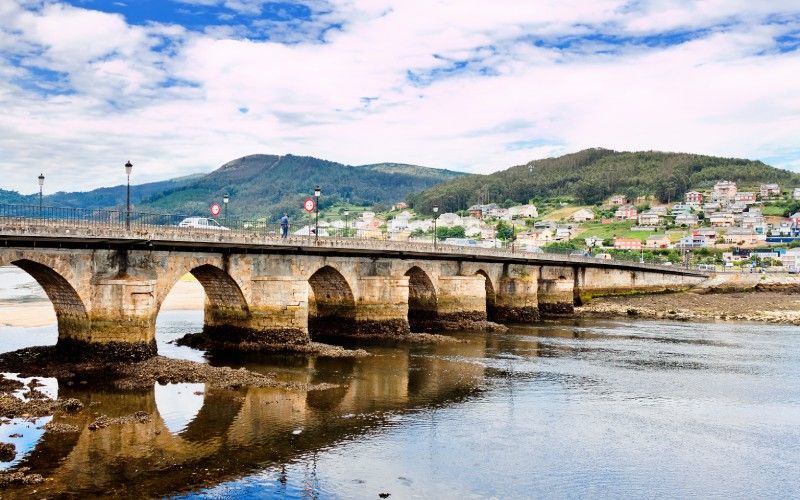 Viveiro has a strong relationship with the sea. | Shutterstock

It is said a lot that in Viveiro smells like the sea and it is said with meaning on every occasion. It is a fishing village that allows you to discover the Rias Altas, less famous but equally interesting. Regarding Viveiro, between its pleasant beaches and its commitment to culture, the visitor finds a historic center that includes churches, monasteries, an ancient wall of which remains or the door of Charles V, erected in tribute to the emperor in the mid-sixteenth century. Lugo has many surprises to offer.