The heights that separate El Bierzo and Galicia make up dense massifs in which the mountains are an essential way of survival. Los Ancares, on the Galician and Leonese sides, perfectly represent this reality. Despite having passes like O’Cebreiro, over the centuries its populations have lived largely isolated. One of the effects of this can be seen in the preservation of the pallozas. These dwellings are scattered throughout various municipalities, but Piornedo is one of their greatest representatives. Thus, the streets of this village in Lugo, part of the concello of Cervantes, allow us to see these circular houses like nowhere else. 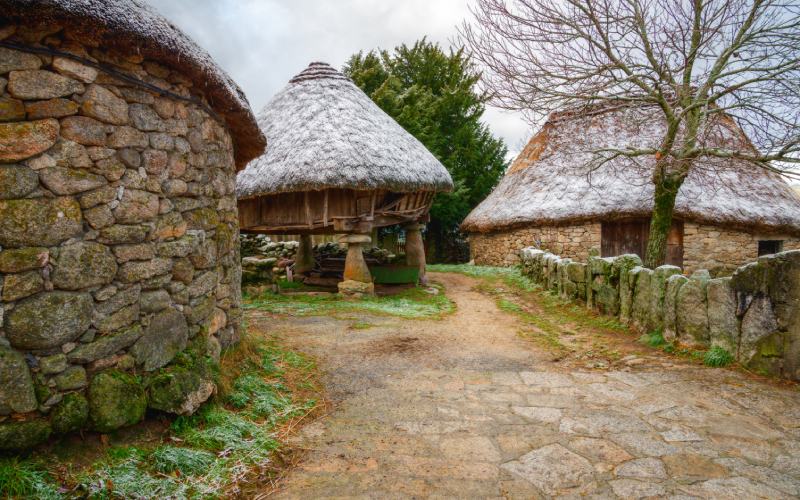 Among the various cultures that the Romans encountered when they arrived in Spain, the Castro culture stood out in the northwest. It is difficult to define historically, but it is still a headache for historians to situate and differentiate its members. Also its relationship with Celtic culture, as theories vary from exchanges to integration. Be that as it may, the territorial limits are usually located in the provinces of León, Zamora and Asturias, including the Galician provinces as well as part of Portugal. The Duero River is considered a natural frontier in the expansion of the castros. 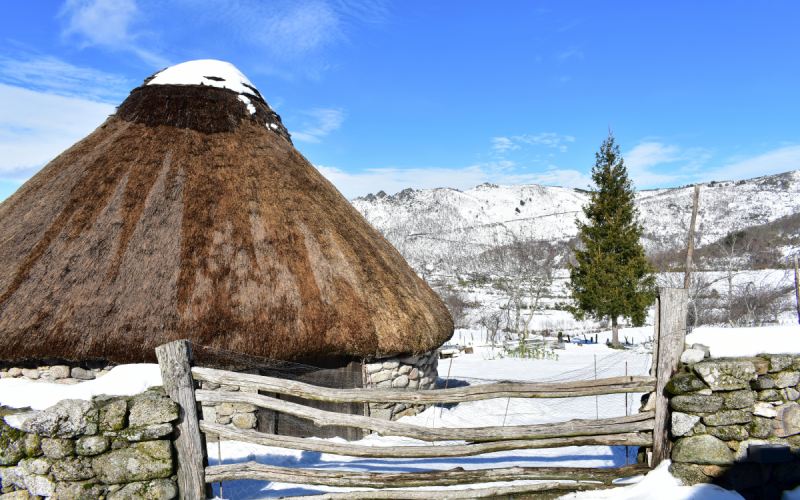 At the sites of the castros, such as Santa Trega, Baroña or El Chano, you can see the remains of the walls of the houses. These tend to have a rounded shape, sometimes elliptical. This type of dwelling is the direct predecessor of the pallozas. The technique used was very similar to that which proliferated until the 1970s in Piornedo and neighbouring towns. The walls were raised using the masonry technique and the favourite material was slate. Such walls were not very high and were covered with thatched roofs. Although the shape of these walls is not certain in antiquity, in later variants the conical shape was consolidated, which is very recognisable today. 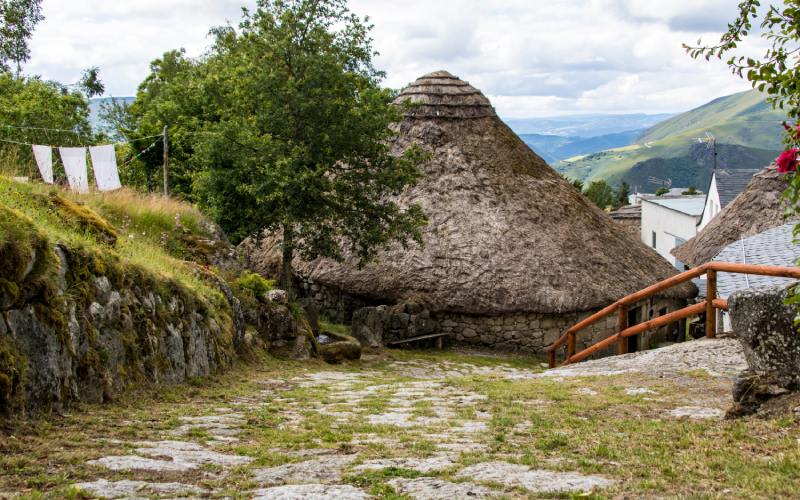 The slate provided insulation from the bitter winter cold and was very handy. Granite was also common. Known as pallazas in Galicia and cabanas de teito/u in Asturias or León, they used this rock in a central structure almost at ground level called “lar”. The wood that supported the roof came out of it, as well as a new slate slab that prevented the embers from burning the plant cover. It should be noted that they used to bring together the rooms of people and animals, so that after becoming obsolete many were a kind of stable. Easy to make and effective, it was the favourite refuge of the ancestral countrymen during the Classic, the Middle, the Modern and part of the Contemporary Ages.

A conservation resulting from isolation

Royal roads and highways gradually connected Spain together. In spite of this, until the end of the 20th century there were areas which remained very isolated. Os de Civis in the Pyrenees of Lleida, for example, almost disappeared for this reason. It ended up being a pene-exclave, a Spanish territory which can only be entered from abroad, in this case Andorra. Piornedo and neighbouring towns in Los Ancares area experienced a similar problem. This is why the memory of the pallozas is still so vivid in the area. 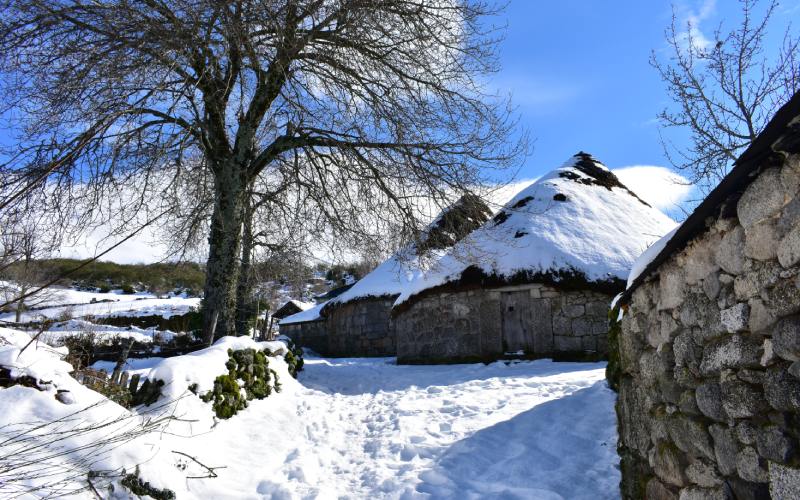 Until the 1970s access to Piornedo was really complicated. There was no road, so cars could not reach the village. However, a logging road extended to the village and eventually they joined the world. Such a situation meant that building materials could not be moved to the site beforehand, resulting in a great deal of continuity in the use of the pallozas. Then, with the improvement of the communications, these stopped being inhabited. Fortunately, more than a dozen of them managed to survive and today they form a unique complex recognised as a Site of Cultural Interest. 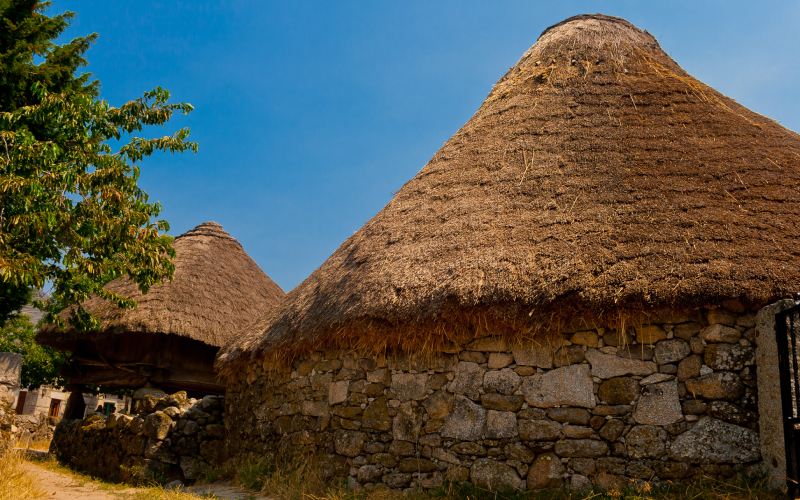 The Palloza-Museo Casa de Sesto is the best way to see yourself immersed in the history of these buildings. It is a small private initiative that, according to its website, “aims to show the way of life” associated with this type of dwelling. Recognised as cultural heritage by the Xunta de Galicia, it shows the original layout of furniture and tools. Not in vain, it was one of the houses that was inhabited until 1970. It also displays photographs and carries out different activities. Inside the village, the chapel of San Lourenzo, dated 1787, stands out, according to an inscription in it. The traditional hórreos are another notable attraction. 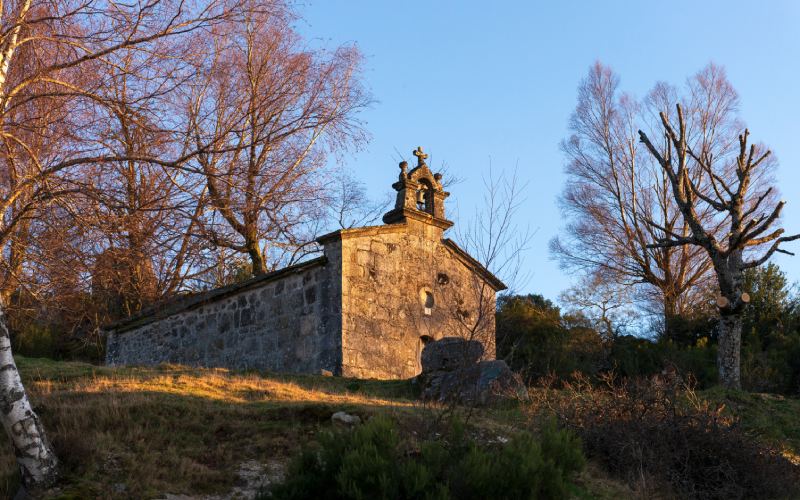 As mentioned above, the ancestral environment is extensive in terms of pallozas. Without going any further, about an hour away are those of O’Cebreiro. The town associated with the mythical high Jacobean, part of the French Way to Santiago, can be proud of a very well preserved group. This ethnographic group is also protected by the Xunta and is a museum. In this way, it is a perfect complement to that of Piornedo. 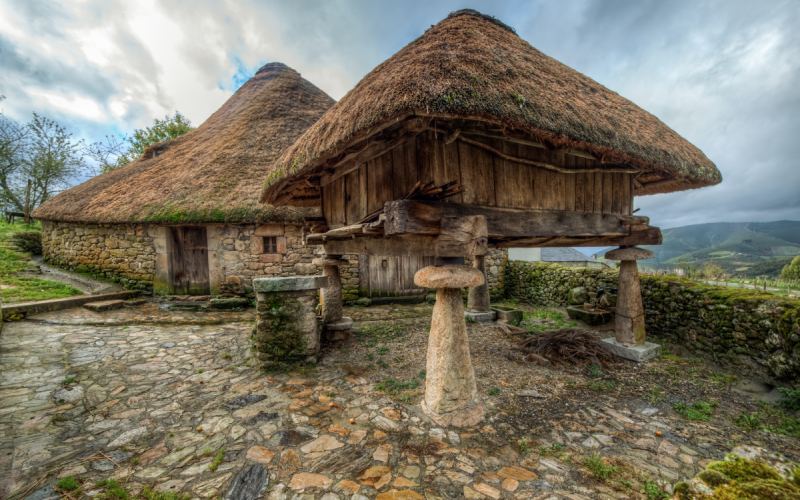 On the El Bierzo side, Campo de Agua stands out, whose pallozas were very famous. A fire in the 1980s destroyed many of them, but they have been restored. In the high valleys of the region, this type of construction has also been preserved. This is the case in the Ancares valley, which practically coincides with the municipality of Candín. In the village of Balouta, you can see the imprint of the dwellings, either in their pure form or as influences on the mountain hamlet. Other examples are in the valley of Fornela, where the castro of El Chano is located. 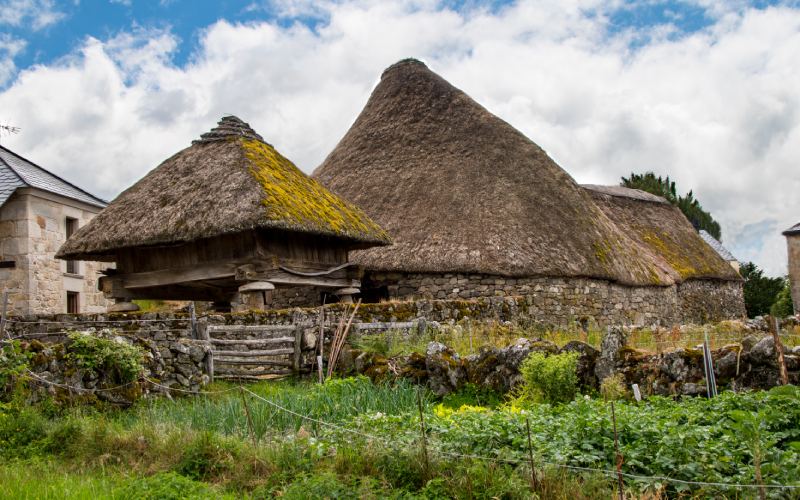 In addition to this cultural aspect of Los Ancares, the natural aspect is also of great interest. The easiest way to experience it is through the aforementioned Way to Santiago, with the ascent and descent to O’Cebreiro. In the area around Piornedo the atmosphere is more rural. If you wish, you can take the route that goes up to the top of Lugo, the Mustallar peak. At around 2,000 metres, it is also accessible from Burbia in El Bierzo. Likewise, any of the ancestral valleys offers excellent landscapes accompanied by fauna; including capercaillies and brown bears, which have made the mountains a Biosphere Reserve.

Galicia, Lugo, mountain villages
It may interest you...