All of them acquire a special atmosphere when it rains, more melancholic and serene. It is the perfect occasion to take advantage of the fact that the streets are emptier or to take refuge for a coffee with the excuse of the rain. If you are one of those who enjoy rain, Spain’s rainiest cities will be on your list of upcoming getaways. If, on the other hand, you are one of those who hates the rain, you know the cities and areas to avoid. 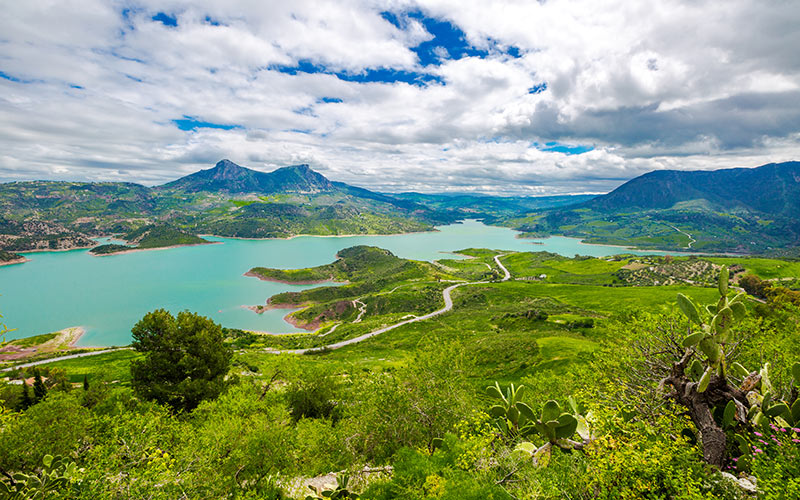 Although strange at first glance, one of the rainiest areas is in Andalusia, specifically in the area between two provinces, Cádiz and Málaga. Normally when you think of southern Spain an image of sun and beach automatically appears in your mind. However, one of the rainiest places is the Sierra de Grazalema. As it is a mountainous area, the winds from the Atlantic discharge their rain here. Thus, an average of 2,100 mm per year is achieved, reaching 4,000 mm in some years.

However, probably the rainiest villages in Spain are in Pontevedra but these are difficult to measure. 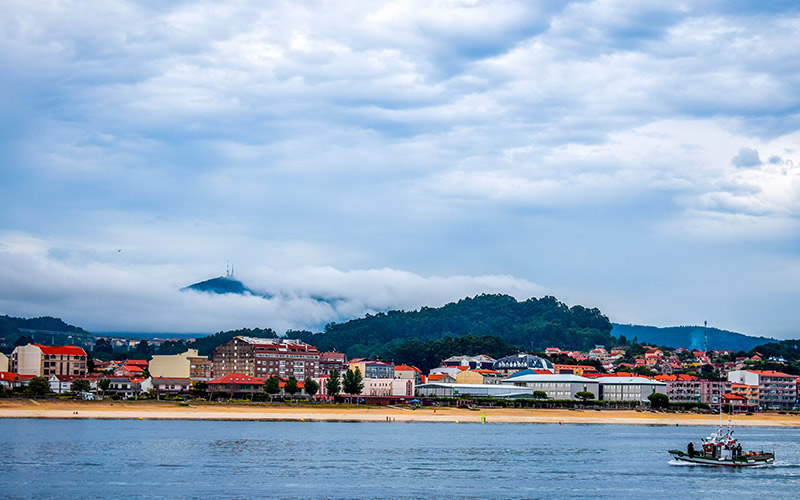 The silver is obtained by a place that we do associate with the rain, it could not be any other way than Galicia. Among the rainiest cities in Spain is Vigo. With an average of more than 1,790 mm, the city of Vigo offers enviable natural attractions. Open to the Atlantic, the attractions of the Galician town are several: visit the archipelago of the Cíes Islands, taste its cuisine  or walk around the city , among many others.

If we do not talk about cities, in Galicia the mountain range of O Candán (Sierra del Candán) is the rainiest point, reaching some years the 4.000 mm. Not only does it attract attention because of its landscapes, but it is also a meeting point for lovers of geology, because of the interest that the rocks of this mountain range arouse. 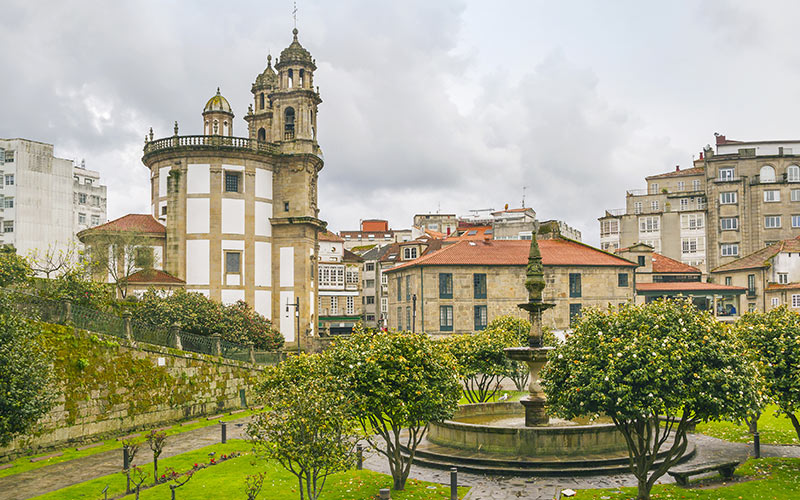 As it could not be otherwise, Galicia is in charge of leading this ranking of the rainiest cities in Spain. Thus, Pontevedra is one of them with an average of more than 1650 mm per year. The city is perfect for a weekend visit combining history, cuisine, culture and beach tourism. Even if you have to wear a waterproof jacket, the Galician atmosphere and landscapes deserve it.

Do not miss the opportunity to visit some of the surrounding wineries, perfect for those who enjoy Albariño and wish to taste the Rias Baixas designation of origin. In turn, Pontevedra is also home to one of the most curious hermitages in Spain, built with shells.

In the province of Guipúzcoa is the city of San Sebastián, which holds the title of being the city where it rains most days a year. No more and no less than 180 days of rainfall per year. On average, it has reached more than 1,504 mm per year. This city in the Basque Country, apart from being beautiful, has a very complete programme of festivals, culture and cuisine which, even if it rains, is worth planning a getaway for.

Other of the rainiest areas in Spain are the Sierra de Gredos and the Cantabrian Mountains as well as the villages in the High Pyrenees of Navarre. These towns are not only very humid, but they usually have precipitation in the form of snow during the winter.

*Data from the State Meteorological Agency.

The province of Ávila is very accessible thanks to the…

Campillo de Ranas, like Valverde de los Arroyos, is one…

The neoclassical style was introduced in Spain after the arrival…

Spain has many Royal Sites throughout its geography, including the…

Oropesa Castle, a Toledan Christian fortress on one side and a Muslim one on the other
In the Toledan part of the triple crossroads between this province, Ávila and Cáceres stands Más información

The Most Fascinating City Halls in Spain
[vc_row][vc_column][vc_column_text]When visiting a place there are always two mandatory sites: the church and the main Más información

11 villages in Spain where summer does not mean hot
Summer is a long-awaited time for most people. Summer holidays have one of their favourite Más información