The post populated city in Galicia, you’ll find many places to eat in Vigo. A la carte, daily menu, tapas…There are so many options! But…what to eat in Vigo? It stands out for the quantity of different dishes and specialties that you can try, particularly the seafood and fish. The best are the gastronomic festivals that focus on one particular recipe.

What to eat in Vigo

With one of the most important ports on the Galician coast, Vigo is prominent in the gastronomy of Galicia. If you want to know what to eat in Vigo, we recommend a stroll through the Market, where you can discover the star products of local recipes. In terms of fish, sardines, monkfish, hake and turbot are all typical, and can be baked or grilled or prepared in classic caldeiradas (stews). For seafood: crabs, lobsters, mussels (with D.O.P.), or the very famous river barnacles, which you can order at the local establishments.

As for tapas, you’ll find empanada, octopus a feira (in the Galician style), and oysters. Don’t forget the Queso de Tetilla, with D.O., acclaimed even outside of Galician borders. Wash down all of this with a Rías Baixas wine, like the Albariño, or have a copa of the famous Galician coffee licor.

If you’re going to visit Vigo, pay attention to the gastronomic festivals: Fiesta de la Cocina Marinera, during five days in the second half of July coinciding with the festivals of the Barrio de Bouzas; Fiesta de la Sardina de A Guía (Oak grove of Carballeira, neighborhood of Teis), during the first or second week in August; Fiesta del Mejillón, in September at the Parque de Castrelos; and the Fiesta del Marico, also in September, at the port of Vigo.

Galician bread is regarded highly, so take the opportunity to try all of the different types: corn, rye, Cea, barra or bolla, etc… And to finish your visit, leave Vigo as it deserves, with a good queimada (a hot Galician beverage made by burning pomace brandy with lemon and sugar), and recite the conxuro (spell) created in the city in 1967, participating in the famous ritual that is said to scare off spirits and witches.

If you prefer tapas, you’ll be able to choose from several different routes: the Casco Vello (old town) where bars and taverns are abundant, El Ensanche, the Barrio de Bouzas or Travesas.

At De Tapa en Cepa, you’ll be able to enjoy not only some excellent tapas with a lot of variety, but also the toasts, with toppings like smoked sardines with pisto and grilled octopus on potato purée.

The center of the Galician shipping industry (fishing and canning), with an important international port, you’ll find a great variety of places to eat in Vigo. The restaurant Bitadorna, with another location in A Guarda, will never disappoint. A cozy place with a menu almost 100% for celiacs.

Alameda XXL, the restaurant at the Negari Gran Hotel, offers a varied menu in an in an avant-garde atmosphere where you can also go during gastronomic festivals celebrating in-season products. A place with an intimate setting, ideal for going in pairs.

Amongst the many local restaurants, Casa Marco offers good quality at a very reasonable price. If you go in the summer, you have to try the balsamic vinegar ice cream with raspberries. 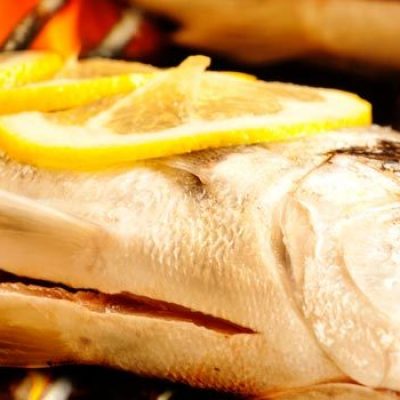 Eating in Tui
[vc_row][vc_column][vc_custom_heading text="Eating in Tui" font_container="tag:h2|text_align:left|color:%23000000" google_fonts="font_family:PT%20Sans%20Narrow%3Aregular%2C700|font_style:700%20bold%20regular%3A700%3Anormal"][vc_column_text]Formerly one of the capitols of the Kingdom of Galicia, Más información

Eating in Pontevedra
[vc_row][vc_column][vc_custom_heading text="Eating in Pontevedra" font_container="tag:h2|text_align:left|color:%23000000" google_fonts="font_family:PT%20Sans%20Narrow%3Aregular%2C700|font_style:700%20bold%20regular%3A700%3Anormal"][vc_column_text]The “old bridge” built during the time of the Romans Más información

Eating in Cambados
[vc_row][vc_column][vc_custom_heading text="Eating in Cambados" font_container="tag:h2|text_align:left|color:%23000000" google_fonts="font_family:PT%20Sans%20Narrow%3Aregular%2C700|font_style:700%20bold%20regular%3A700%3Anormal"][vc_column_text]In the center of the Baixas Rivers is Cambados, the Más información