The cultural capital of the Community of Valencia

Situated in a small hill, Altea is considered one of the most beautiful localities in the Costa Blanca. The gorgeous blue and white dome of the Virgen de la Consolación Church stands out in this small village, which is the perfect area to enjoy the essence of Altea (for instance, the village’s flea market is located here). Things to do in Altea will not take you more than one day, so you might want to visit the Ifach Crag or Calpe. Alternatively, some other surrounding areas that you could visit are Denia, Guadalest or Alcoy.

Many civilizations in Altea

A hill near a safe water source was an ideal place of settlement in prehistoric times. That is why it was populated by Iberians, Phoenicians, Greeks, Carthaginians and Romans, who have left some traces.

The Muslim invasion of 711 changed the ownership of the land, maintaining some traditions of that fortified farmhouse. From the 11th century the place depended on the Taifa kingdom of Denia.

In 1244, on behalf of King Jaume I the Conqueror of Aragon, the knight Bernardo de Abella conquered Altea. That same year the Treaty of Almizra was signed. Thus, the limits between the kingdoms of Castile and Aragon were established and Altea was awarded to the latter.

Complicated situation between Muslims and Christians

The relationship between the Mudejars and their new Christian lords and with the colonists was, from the beginning, very difficult. The town was destroyed four years later by the rebellion of Al-Azraq (Blue Eyes), the Mudejar chieftain who took control of the area.

The surrender document signed by Al-Azraq stipulated that he would hand over the castle and town of Altea to his brother Bicem. Therefore, the population would continue to be governed by a Muslim. In 1270 the territory was again directly administered by the Crown of Aragon.

King Peter III grants it the Town Charter in 1279. In 1526 Altea is sacked by Berber corsairs. In 1529, 1546 and 1584 there were further landings and looting in the surrounding area, but without occupying the fortress. After that, in 1597 a modern wall is built, which manages to deter further incursions. 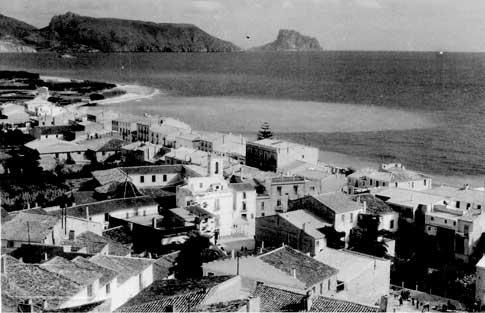 At the beginning of the War of Succession, Altea declared itself in rebellion against Philip V, proclaiming the Archduke of Austria king. In August 1705 the English troops landed there and then attacked Valencia. Throughout the 18th century it remained in the hands of the Palafox family.

At this time, as the danger of the Berber corsairs diminished, the castle was demolished. This, together with the agricultural, fishing, commercial and demographic boom, led in the 19th century to the official and commercial life being moved from the fortified hill to the growing urban centre on the seashore.

From 1920, Altea attracted many artists such as Vicente Blasco Ibáñez, Benjamín Palencia, Eberhard Schlotter and Toni Miró. They decorated houses and restaurants, made posters for local festivals and promoted the opening of art galleries.

The cultivated atmosphere and the flow of visitors and buyers, which was generated over the years, led to the establishment of the Palau de la Artes and the Faculty of Fine Arts of the University Miguel Hernández in this municipality.

What to see in Altea

Since it is situated in a small hill, Altea must be visited on foot from the bottom because it is almost impossible to park in the village. You can go up through Portal Vell (name provided to the entrance’s arch of the walled enclosure), Salamanca or Mayor Streets, finding the typical whitewashed blue houses together with their roofs made of Arab tiles and their black grills.

In the village’s peak, we find the Plaza de la Iglesia, which is the liveliest spot in the village. Here the artisans set up their market, some musical events are held and it is the scene of religious and secular festivals. There we find an excellent balcony from which to contemplate the surroundings.

The most representative places

The Nuestra Señora del Consuelo Church (1910), known as “Aribba (Up) Church”, is the main monument of the village. Its two emblematic domes of blue and white glazed tiles stand out. Its drawings were made by hand and have achieved worldwide notoriety as they have been reproduced by institutional advertising and tourists. The building has three naves, its decorations are made of plaster and the whole interior is highly decorated.

Next to the church, there is a castle from the middle ages built in order to enlarge the small village. Out of the fortified enclosure, we highlight the Portal Nou and the Bellaguarda Tower, rebuilt in the 16th century as a lookout to see corsairs. It has been declered an Asset of Cultural Interest. 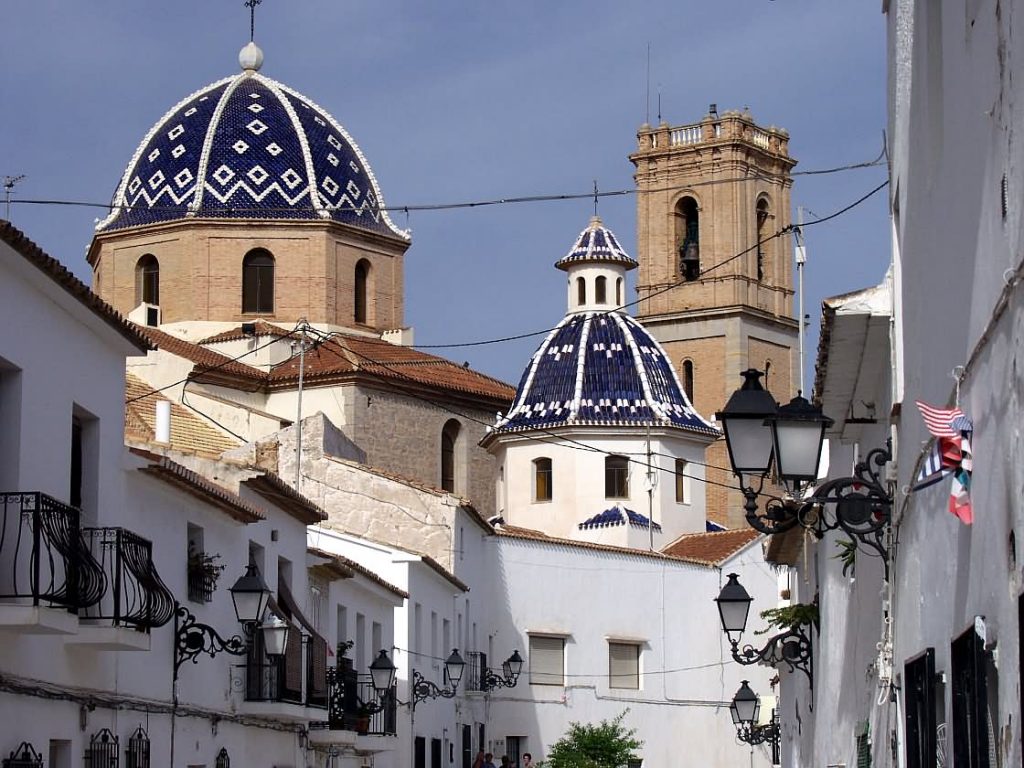 Domes of the churches in Altea

The Schlotter Foundation is installed in a mansion from the 13th century, in the Tonico Ferrer Plaza. Oil paintings, watercolor paintings, and engravings among other art pieces are exhibited there. This foundation also organizes art exhibitions, concerts, conferences, theater series, and an art fair.

In the new Cultural House, the Navarro Ramón Municipal Museum is located, which is named after the painter born in Altea in 1903. Another museum in the locality is the Fester Ancestral House, devoted to the Moors and Christians Fair. 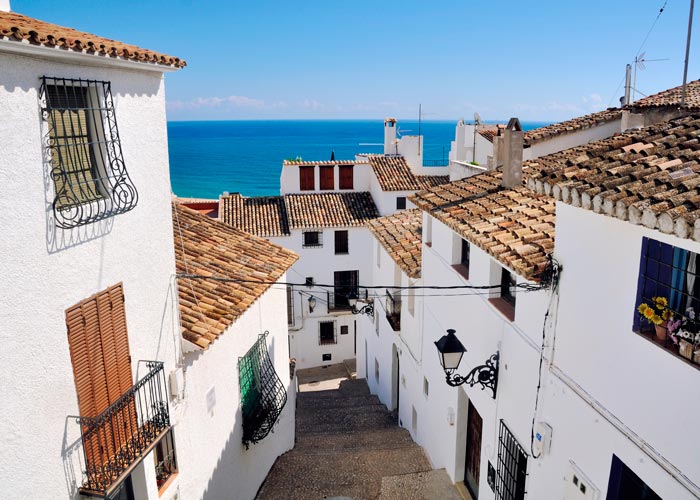 As far as the coast is concerned, you must visit Altea’s Fishing Port, in which a fishing auction is carried out every day. In the surroundings of the urban area, you will find the Palau Altea, a cultural center focused on conferences and a wide music and theater offer. The building also houses the Ethnic Music Museum, a collection of two thousand instruments collected by the musicologist Carlos Blanco Fadol (although it is currently closed). Another magnificent infrastructure is the School of Fine Arts of the Miguel Hernández University.

You will find Altea La Vella (the Old Altea) just a few kilometers away: we highlight in this old small village the Garroferet Fountain and the Santa Ana Church (1885).

Alicante, altea_lx, beaches, churches, Valencian Community
It may interest you...