La Iruela, in Jaén, is a village built on a slope, with steep streets and old traditions that date back to the time of the reconquest. In the middle of the Natural Park of the Sierra de Cazorla, Segura and Las Villas, located at the top of the rock El Picacho, is the Castle of Iruela. This town of Jaén houses within its walls a fortress of Arab-medieval origin. Three different periods of construction ranging from the Templars to the Castilian nobles of the 16th century. A castle that hides an exciting history behind its walls and a unique heritage.

Brief history of the castle 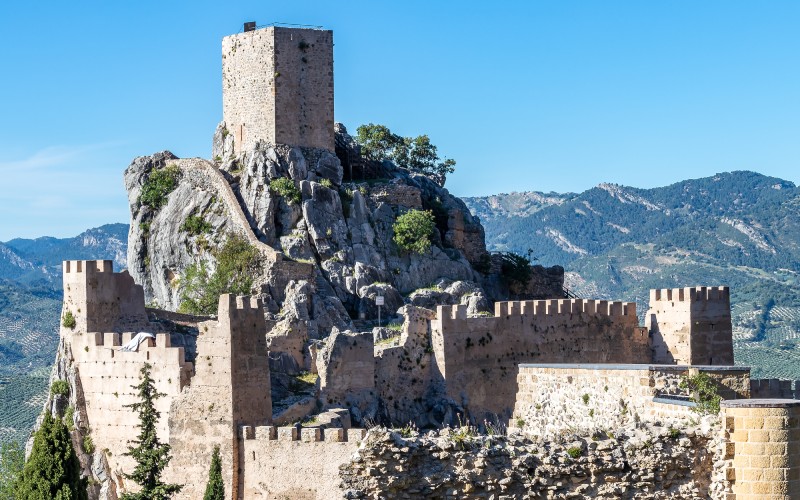 The first foundations of this castle date back to the Late Antique or early Islamic period. In the years of Muslim rule in the Peninsula, La Iruela became a farmhouse, a small rural community in the vicinity of a town. With the Almohads, in the last third of the 12th century, the Islamic village to the south of the fortress arose and the walls were extended.

In 1231, the region was conquered by the Archbishop of Toledo, Rodrigo Ximénez de Rada. It thus became part of the Adelantamiento de Cazorla, a great lordship built by this religious man and linked to the archbishopric of Toledo. During this time a first reform of the castle was made.

Towards 1366, during the government of an archbishop militant in the side of Enrique II, the villas and places of the area were divided. Cazorla remained in the party of Pedro I and La Iruela, faithful to the policy of the archbishop, obtained Villargo on June 28, 1370. But it was not until eight years later, in 1378, that the town gained its independence as a village. It was at that time that the Torre del Homenaje and the Torre-Puerta were built.

A construction on three levels 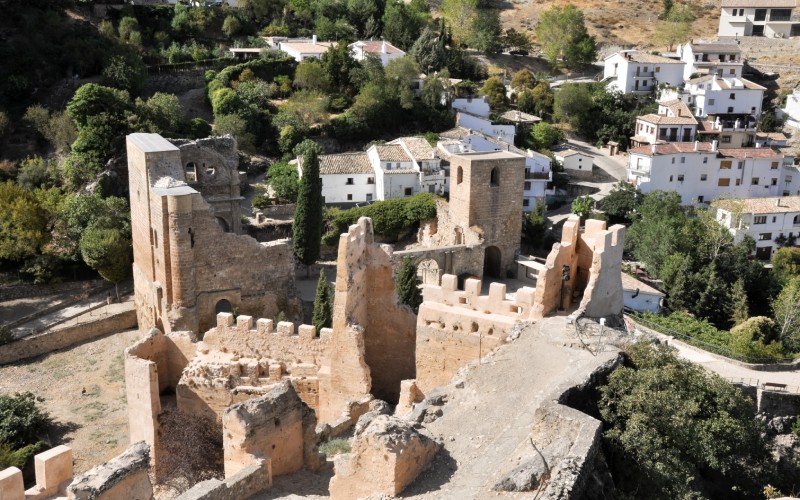 Some of the enclosures that make up the fortress. | Shutterstock

The castle of La Iruela is structured in three levels. In the enclosure I, the highest part of the fortress, is located a keep of rectangular shape and Christian origin. It can be accessed by a wooden staircase. Under this access it is possible to appreciate the remains of the original Almohad fortress.

Enclosure II is surrounded by a wall, under the Torre del Homenaje. This was used as a parade ground and in it are the remains of a cistern, an architectural element for storing water. Finally, enclosure III is located between what is left of the wall and another defensive wall that has disappeared. Also, this fortress has an exterior space where the auditorium is located and an interior square between the castle and the church.

On the other hand, this construction consists of three towers, which form an elbow entrance through the wall. Two other towers are located to the east of it and a sixth tower, in a worse state of preservation, formed the second wall.

The castle in contemporary times 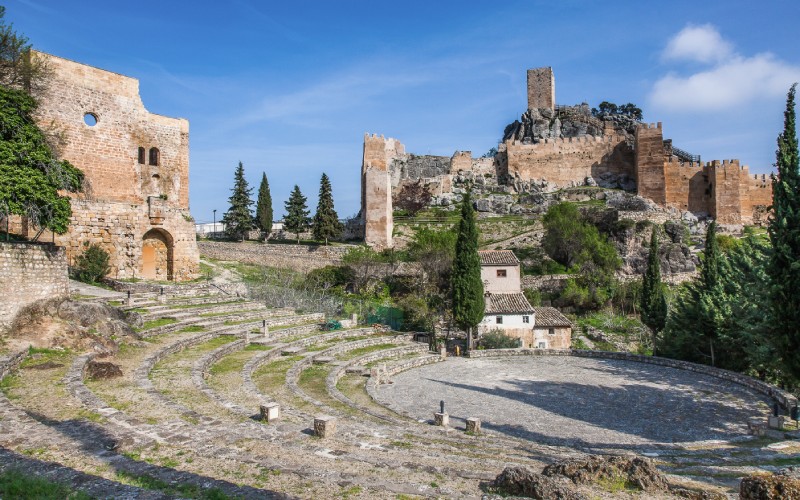 The castle has been the setting for several films. | Shutterstock

Due to its imposing presence, several films have been shot in this castle, including the famous series of Curro Jiménez, El Bandolero. In addition, for its architecture and scenic beauty, it was declared a Historic-Artistic Site in 1985.

The construction is under the protection of the generic Declaration of the Decree of April 22, 1949, and the Law 16/1985 on the Spanish Historical Heritage. In the early nineties, in 1993, the Junta de Andalusia granted special recognition to the castles of the Autonomous Community, including the castle of La Iruela. In recent years, the fortress has undergone a process of restoration. 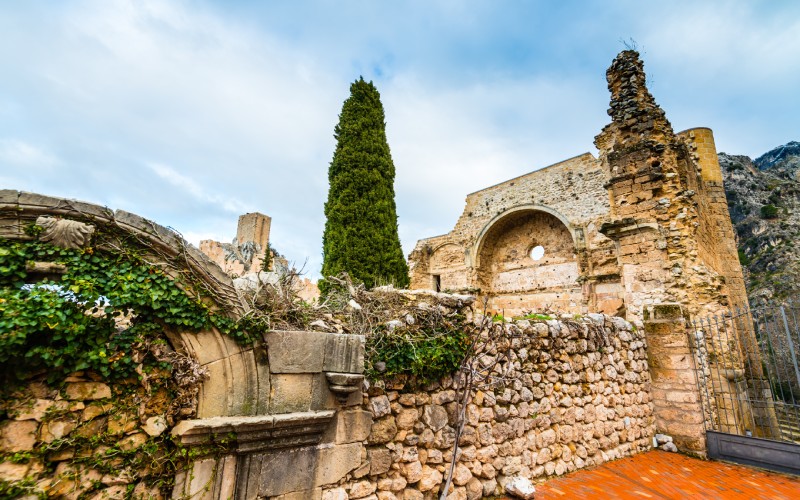 Ruins of the Church of Santo Domingo. | Shutterstock

One of the great secrets hidden in this castle is that within its walls is the Church of Santo Domingo de Silos. This temple began to rise in the 13th century, although most of the construction was carried out three centuries later. Its main promoter was the personal secretary of King Carlos V and the adelantado of Cazorla, Francisco de los Cobos.

There is a debate about who was the real architect of the temple, although the hand of Andrés de Vandelvira can be seen in it. The choice of this site posed serious architectural problems as it was a place with old buildings and a complicated topography. However, this challenge was in tune with the Renaissance spirit of the time. The church is divided into three naves, the central one being the widest and tallest, and a set of chapels on the sides.

During the War of Independence, on June 4, 1810, it was set on fire by the Gallic troops as revenge for the rejection that the Spaniards had shown towards the invader. Later the church became a municipal cemetery until 1953. Today, some of its noble areas are still standing. Its ruins are integrated into the magnificent landscape of the castle and the Sierra de Cazorla.

Andalusia, castles, history, Jaén
It may interest you...