Located in the northwest of Fuerteventura, the mountain of Tindaya is today one of the most popular tourist attractions in the Canary Islands. The peak, 6 km south of La Oliva, has a special place in local history and mythology. With over 200 Guanche rock engravings on the slopes, many in the form of footprints apparently pointing towards Tenerife’s Teide. It is a place full of legends, a long history and of great archaeological value. Thus it has become the sacred and magic mountain of Tindaya.

An archaeological gem located in Tindaya 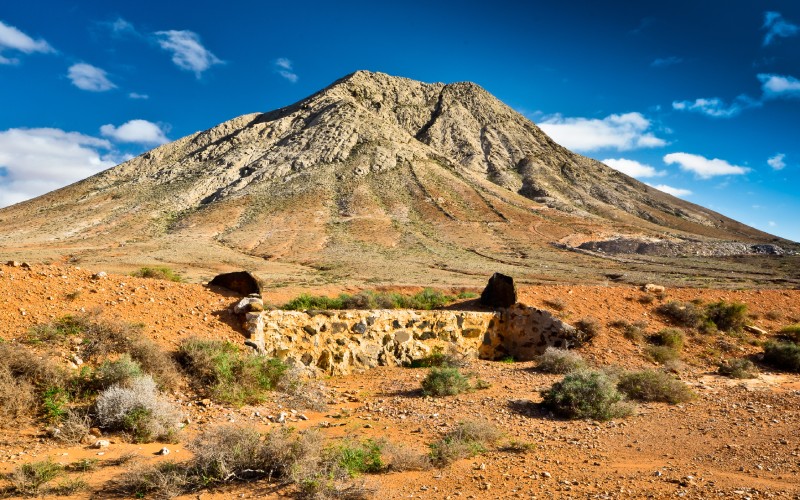 The mountain of Tindaya, also known as the Sacred Mountain of Tindaya, is located near the municipality of La Oliva. It is a Protected Natural Area since 1987, located in the Esquinzo Plain. It stands out for its arid, plain landscape; which is very characteristic of Fuerteventura. Its summit is barely 400 metres above sea level; but Tindaya is the most important and famous mountain on the island. From its summit you can see the highest points of Tenerife, El Teide, Pico de las Nieves and Gran Canaria.

It is considered an archaeological and environmental gem. So much so that in 1990 it was declared an Area of Ecological Awareness. In addition, the Canary Islands Government has now recognised it as a Cultural Monument and Point of Geological Interest due to its history. It stands out for its interesting flora and fauna. Due to the concentration of humidity it is possible to find some species of great importance: the jorao, the majorero perenquén or the trumpeter camachuelo, among others. Tindaya has been exposed thanks to the erosion caused by the volcano above it. It is a clear example of the slow and great process of erosion that the island has undergone over millions of years.

In fact, the mountain looks like a large pyramid that stands out from the rest of the geology of the area due to the absence of heights in Fuerteventura, dominated by smooth lines. However, if Tindaya has been known for anything, it is because since its origins and throughout history it has been considered a sacred place for different reasons.

Legends of the Sacred Mountain of Tindaya

What makes this place so magic and why does it keep its sacred denomination? The ancient aborigines of Fuerteventura considered it a sacred mountain; so much so that they created a kind of open-air temple at the top where they performed all kinds of rituals. The legend of the Magic Mountain of Tindaya has passed through different historical eras; which have provided a fundamental and sacred role for the mountain in Fuerteventura. 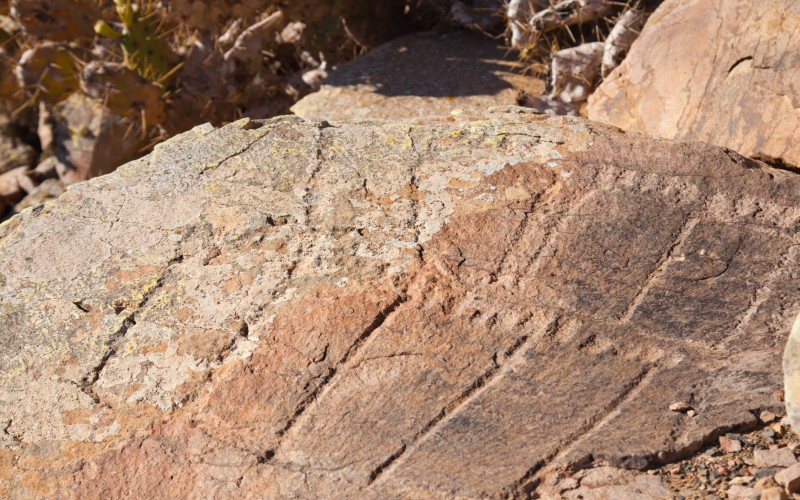 The ancient indigenous people of Fuerteventura, known as “los majos”, created more than 300 cave engravings. Called podomorph drawings (footprints), they are 18 to 35 cm long. They are of great archaeological and astrological value as they show the beginnings of the legend. Today, the real meaning is not yet known. All the engravings point in the direction of the mountain peaks of El Teide and Pico de las Nieves.

This demonstrates not only part of the sacred significance of Tindaya, but also that it functioned as a map of the area. In addition, some historians have linked this meaning to the fact that the arrangement of the engravings was related to the astral rites that were performed on the summit. For years, Tindaya functioned as an astronomical clock where rites were performed due to astrological phenomena such as the solstices or climatic changes. It was also a place to pray to the gods or even where justice was administered. 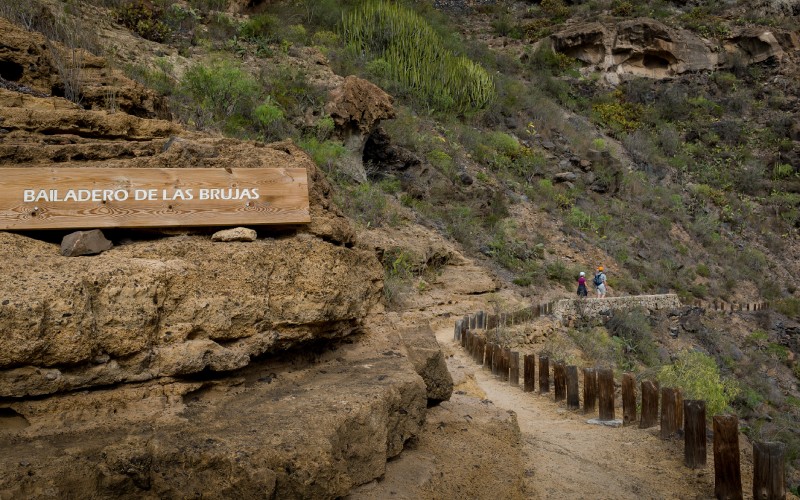 In 1404 the island of Fuerteventura was conquered by Jean de Béthencourt, in the service of the Crown of Castile. This had a direct impact on the rituals performed on the island. The aboriginal population became known as the “New Canaries” and all sacred practices were forbidden as they were considered pagan activities. In fact, with the arrival of the Conquest, some rituals were still performed at the foot of the mountain of Tindaya in a cavity called “Bailadero de las Brujas” (Witches’ Bailiff). A natural place that forms part of a volcanic tube where legends are the protagonists.

Tradition has it that men and women used to go there to play games and perform rituals; including initiation rituals and witchcraft practices. This led to the construction of the Hermitage of Nuestra Señora de la Caridad near the cave in the 18th century in order to keep these pagan rituals away from the area.

Is it possible to visit the mountain of Tindaya? 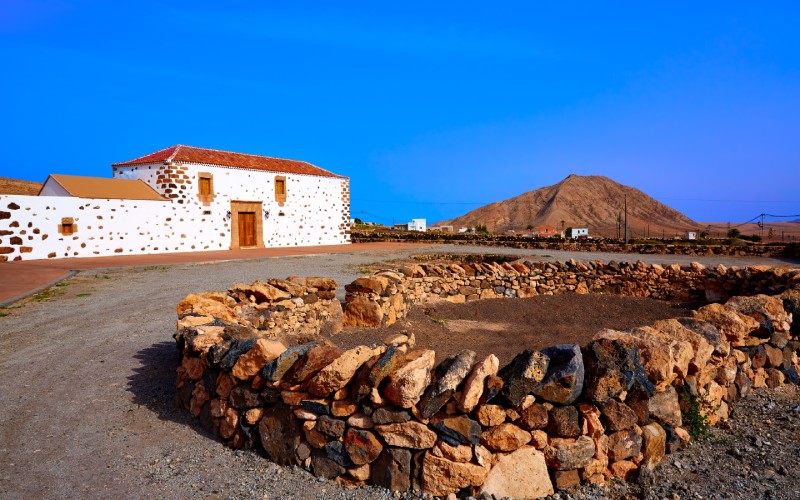 With so many legends and history it is only natural that the mountain has become one of the most fascinating and visited places in Fuerteventura. Nowadays, you have to ask for permission to climb Tindaya at the Environmental Department of the Cabildo in the offices of Puerto de Rosario and Corralejo.

The hiking route to enjoy active tourism in Tenerife to the summit is of medium-low difficulty and lasts approximately two hours. An ideal route for contemplating the podomorphic engravings, the flora and fauna of the area; touring a place full of legends and getting one of the best panoramic views of Fuerteventura. It is a Protected Natural Area, so it is compulsory to follow the marked path to preserve the archaeological and heritage environment intact. It is advisable to bring plenty of water, comfortable clothes and footwear; and even a snack as there is no shelter up to the summit.

History, culture and legends are present in this place in Fuerteventura; the magic mountain of Tindaya is a place that still preserves its sacred character. It is a living example of the past life in the area since the presence of the aborigines on the island.

Canary Islands, Fuerteventura, history, islands
It may interest you...