One of the elements one looks for when visiting a city is daylight; to be able to see the monuments, to appreciate every detail or simply to enjoy the sun’s rays while contemplating a work of art. But what about visiting a city at night? In this post we suggest a tour through legends in Valencia. But it is not just any tour.

We start our walk at the Lonja de los Mercaderes, one of the most emblematic Gothic-style buildings in the city. This place, started to be built in the 15th century, was the core of the commercial operations of the time. It consists of three sections (Sala de Contratación, Torreón and Pabellón del Consolat de Mar) around the Patio de los Naranjos. 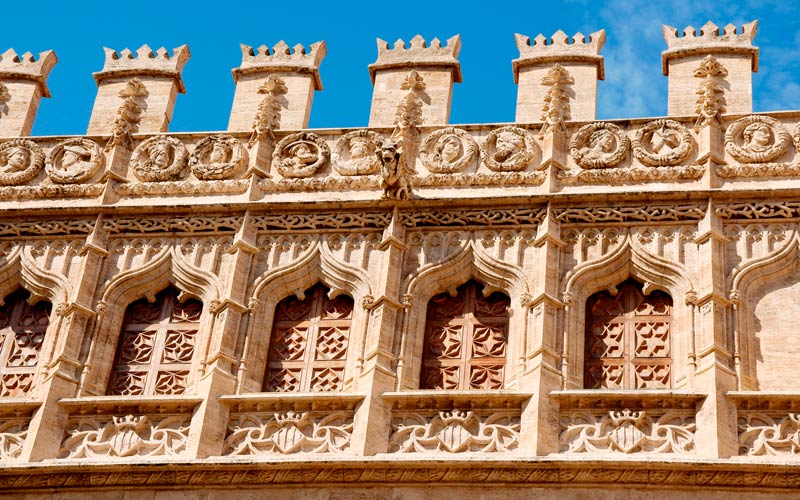 Legends in Valencia will take you to La Lonja, to the numerous gargoyles and sculptures throughout the building. In the Middle Ages, one of the ways for locals to learn was through art. Many of the works of art, especially religious ones, contained elements of a pedagogical nature intended to teach people. 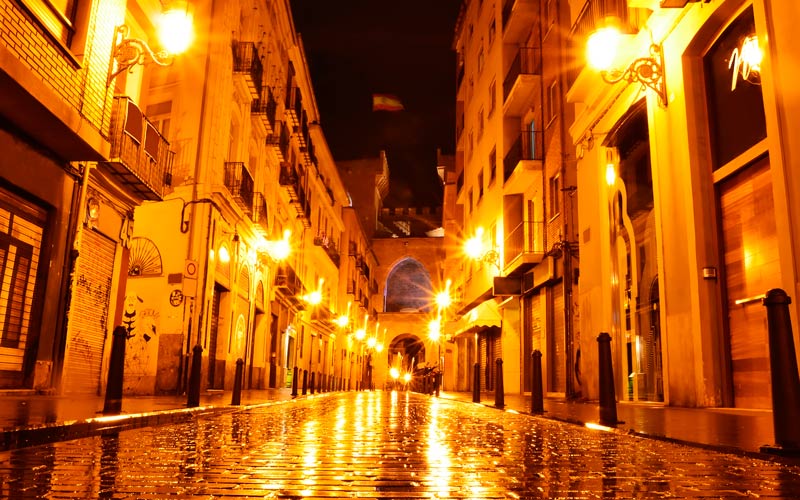 Medieval streets by night in Valencia

We continue our tour to the Plaza del Mercado. This is another of the most terrifying places in the legends in Valencia, as this is where most of the executions took place during the Middle Ages. This was because it was one of the busiest places in the city and the executions were events enjoyed by the citizens. At the same time, it was in the interest of the authorities to make these events public so that people could see the punishments they could suffer.

As a result of these punishments, one of the legends in Valencia was born: the Morro de Vaques. This was the name given to the executioner who carried out the executions.

We continue our nocturnal stroll through one of the most popular brothels in the Middle Ages, which would become the protagonist of one of the most famous legends in Valencia due to the importance it would come to have. 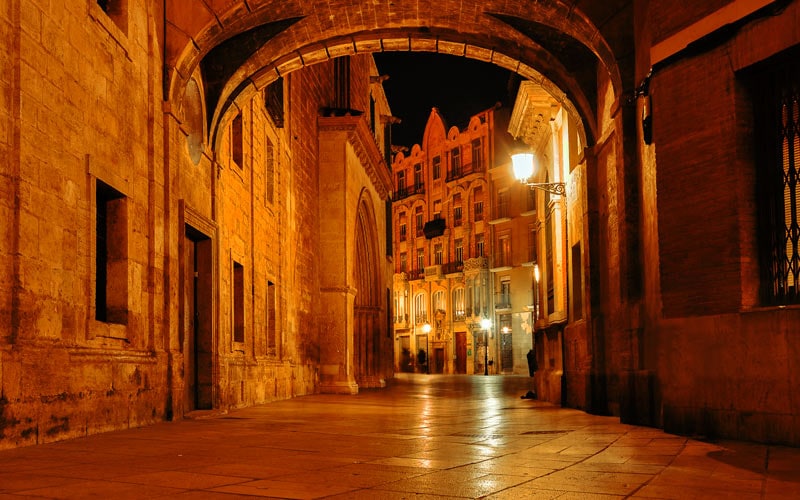 Night in the medieval streets of Valencia

It was originally located outside the city walls, but with the enlargement of the city in 1356 it was moved inside. This fact would benefit this neighbourhood reserved for prostitutes. The popularity of these women would turn them into people who fulfilled another role in society and were considered a “necessary evil”.

The legends in Valencia would speak of the mancebía as a city within a city, where medical control and public order actions would come to take place 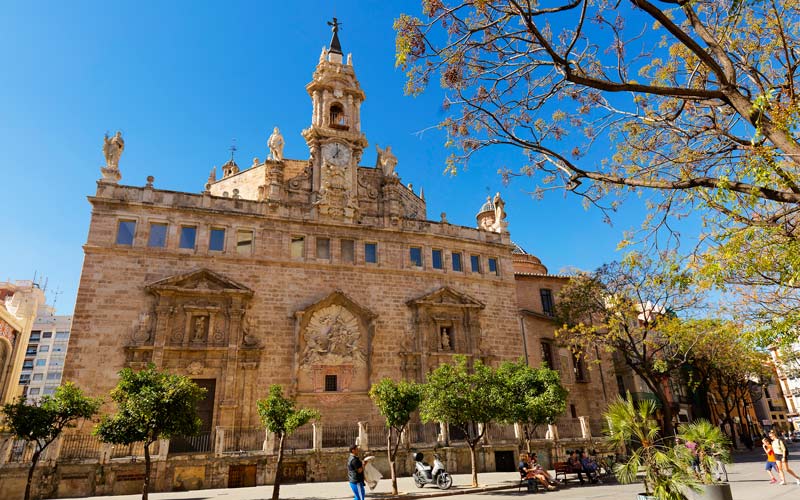 Continuing with the medical sector, the Church of San Juan del Hospital would have much relevance. Legends in Valencia have this church as another of their protagonists. The temple, located in the Seu-Xerea neighbourhood, was founded in 1238 by the Order of Knights Hospitaller of St. John of Jerusalem (currently called the Order of Malta). It is the oldest temple in Valencia and combines Romanesque, Valencian Gothic and Baroque styles.

The building was not only the church. It also consisted of a cemetery and hospital. This is where the knights of the order were cured and where many of those affected by the numerous epidemics were taken in. Hence the various legends in Valencia that circulate around this hospital.

Finally, to finish this tour of legends in Valencia, we will go to the Jewish Quarter. This ancient quarter dates back to the 13th century, during the reign of Jaume I. It is concentrated between the Valeriola Palace and San Juan del Hospital. They were narrow streets where the Jews lived, a real small town. Nowadays, only a private inner courtyard remains in ruins. 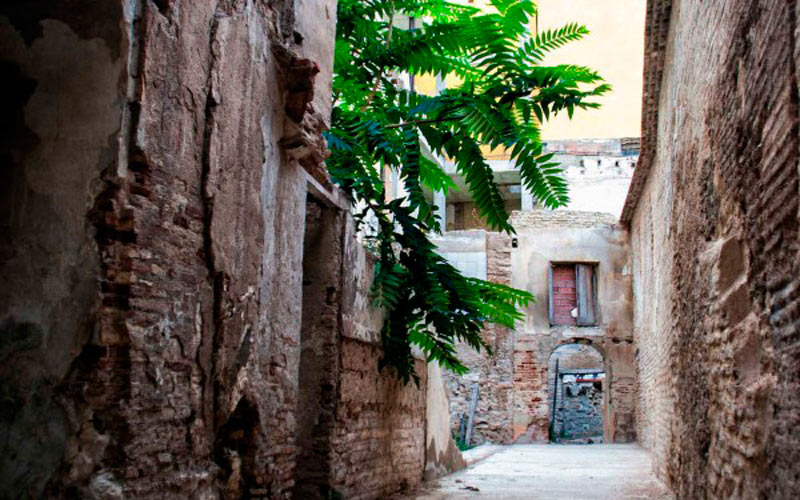 The legends in Valencia of this quarter were born in the 12th century, specifically around 1391. At this time, anti-Judaism had grown considerably. That same year saw the storming of the Jewish quarter, where thousands of Jews were robbed, burnt and murdered. Many of them were taken to the cathedral, where they were to be baptised. The Jewish quarter would gradually disappear between the 15th and 16th centuries.

Mysteries and stories have been created around each of these legends in Valencia, which, when told on a dark night, take on even more form. Some may be more real than others, but the historical heritage of this city is a treasure trove. Enjoy a tour of the streets and legends in Valencia, and discover the spirit of its ancient inhabitants.