The other capital of the Costa del Sol.

Thanks to a privileged climate and location, this sophisticated enclave has achieved great international relevance for tourism. Although this part is the best known, it still has a remarkable urban area.

Plan your stay in Marbella

This luxurious municipality on the Costa del Sol requires a full weekend of visits. There are two distinct parts to see in Marbella: the old town, San Pedro de Alcantara and Puerto Banus. In terms of historical heritage, the Plaza de los Naranjos, the Church of La Encarnación and the Basilica of Vega de Mar stand out. These landmarks coexist with magnificent urbanizations scattered throughout the municipality. If you have more time, it is advisable to go to the beautiful town of Mijas or Estepona. If you want a more cultural alternative, Málaga is the ideal choice.

A city with a lot of history

Before dealing with what to see in Marbella it is best to review its history. The town of Málaga contains sites that date back to the Lower Palaeolithic, such as Puerto Rico, Palominas and Las Chapas. Together, they have left important material traces of those primitive hunter-gatherer societies. In addition, in the Pecho Redondo Cave, highly valuable cave paintings have been found.

The first great civilization that settled in the area was the Phoenicians. They settled in the final stretch of the river Real. There are still remainings of factories and residential architecture. At Cerro Torrón there was already Carthaginian presence. From the Roman Age there are still ruins of the Roman villa of Río Verde and the Roman Thermal Baths of Guadalmina, among others. Meanwhile, in Vega del Mar there was a Paleochristian basilica.

In the late ninth century, for more than four decades, the locality was part of a rebel territory led by Omar Ben Hafsun. The Muladi ruled from the Bobastro fortress near Ardales. This prolonged resistance may have led to the construction of a fortress in Marbella after the territory was retaken. Materials from Roman buildings were used for this purpose. It was called Marbal-la and was disputed years later by the Taifas of Algeciras and Málaga.

In the 13th century it was incorporated into the Nasrid kingdom of Granada. Three years after the Marinid attack of 1283, thanks to the Treaty of Marbella, the people of Granada took over the Marinid peninsular territories. 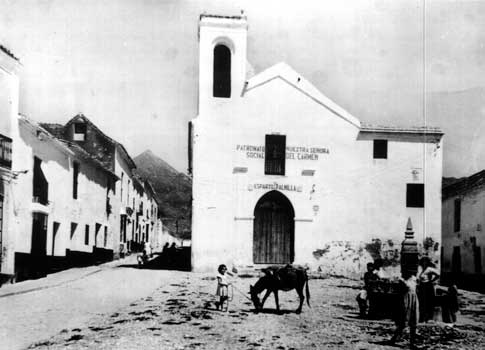 On June 11, 1485, the Catholic Monarchs signed a capitulation with the Muslim population. Thus, the town received the title of City, being governed by a Corregidor representing the Crown. Later, during the 17th century, the region prospered thanks to the cultivation of sugar cane.

The 19th century was not easy for Marbella. The city was damaged during the War of Independence. This was followed by several epidemics. However, in the middle of the last century, the place became an important summer resort. The success came from being clearly oriented towards luxury tourism. In this sense, the role of the builder José Banús stands out. It is precisely because of him that Puerto Banús is called.

What to see in Marbella

Because of the good weather, people come from all over the world to reside in Marbella’s luxury housing developments and the famous Puerto Banús. San Pedro de Alcántara is located to the west, and is also surrounded by luxury buildings. Puerto Banús is situated in the east, and is particularly known for the luxurious lifestyle of its habitants. There, you will see spectacular cars, luxury stores, famous people and yachts.

Right in the center of Marbella, you won’t miss Plaza de los Naranjos (1504). In this iconic square, you will find a fountain built upon a Roman site in 1604. There you will also find the Tourist Office and Town hall, which used to be the prison of the town in the past. It was built in 1552 and enlarged in the 18th century, keeping its Mudejar façade with inscriptions.

We also recommend visiting the first temple built by Castilians, the Santiago Hermitage. Although its current aesthetic has little to do with the original devise from the 15th century, it still remains an impressive and important attraction in Marbella. Along with the previously mentioned attractions, we must also highlight the importance of the Casa del Corregidor (16th century), which includes a Gothic style arch in its rocky façade. 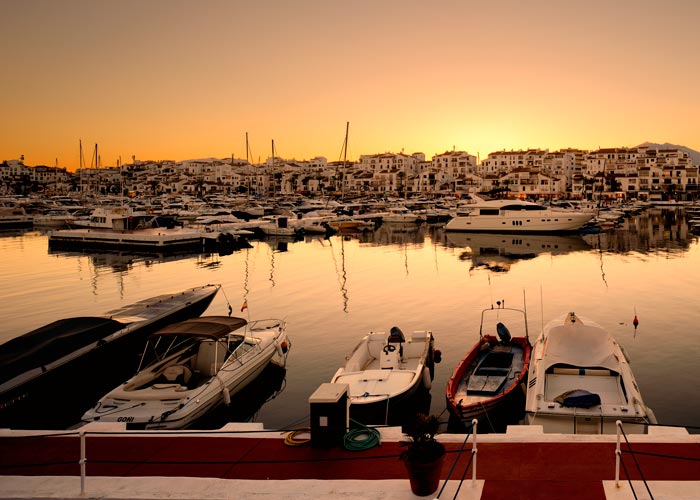 The remains of the old castle and walls from the Muslim period can be found in the Plaza de San Bernabé. You can also find Arab influence on Trinidad street, where there is a canvas containing some Roman capitals employed by the Arabs when building in the past.

One of the main buildings in the town is La Encarnación Parish-Church (16th-18th centuries), built on the site of an old mosque. It is a big temple with three big naves and reddish rocky façade, whose rococo door cannot be ignored. Its relatively modern organ is considered one of the most important organs in Spain.

Some other temples you shouldn’t miss are the Santo Cristo de la Vera Cruz Hermitage (16th century) and the Santiago Chapel. They were formerly part of the Franscican convent, which, in spite of its harsh history, has a monumental door. While both of the previously mentioned chapels are beautiful, the San Juan de Dios Chapel stands out by its interior coffered ceiling.

One of the most beautiful buildings in Marbella is the Old Bazán Hospital, which opened in the 16th century. Its structure highlights the Mudejar coffered ceilings in the courtyard. On the outside, the tower displays the main symbol of the town. This building now houses the Contemporary Spanish Engraving Museum.

In the Altamirano plaza you can find the Municipal Archeological Collection, where you can see some pieces from the sites of Villa Romana del Río Verde, Las Bóvedas hot springs and the Vega del Mar Basilica from the Paleo-christian period.

Castillo de Colomares, the most imaginative tribute to Christopher Columbus
Colomares Castle is a monument built for the glory and tribute of the figure of Más información

Torremolinos, legendary international tourism destination since the 1950s
[vc_row][vc_column][vc_column_text]The municipality of Torremolinos is located in the province of Málaga, in the autonomous community Más información

Torrox, the town with the best climate in Europe
[vc_row][vc_column][vc_column_text]The municipality of Torrox is located in the province of Malaga in the Autonomous Community Más información