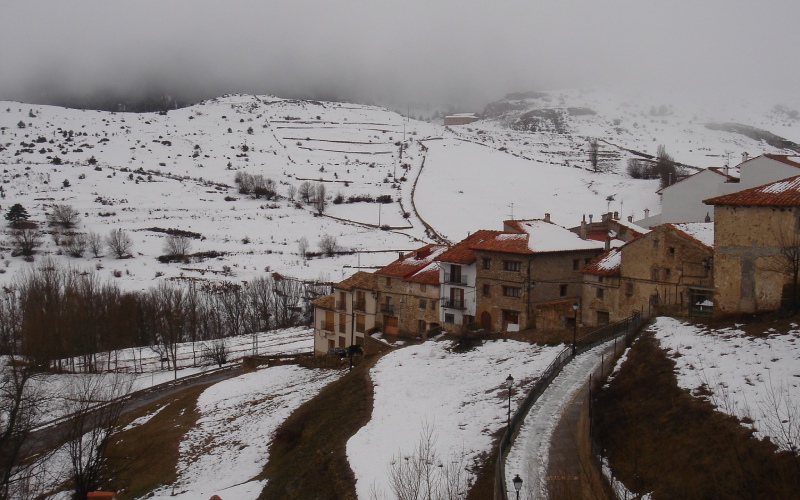 Yes, Teruel (sometimes overlooked) has the 4 highest villages in Spain. At the top of the podium is the village of Valdelinares at 1,695 metres. This town, better known for its famous ski slopes, is located in the Sierra de Gúdar. The pines are the reason for its name “Val de Lignare” (valley between pine trees) and it is famous mainly for its black pine forest.

Still in the province of Teruel, the village of Griegos takes the silver among the highest villages in Spain. Located at an altitude of 1,601 metres and in the heart of the Sierra de Albarracín, Griegos is located at the foot of the Muela de San Juan, in the Montes Universales National Hunting Reserve. You can find nearby the remains of trenches from the Civil War. In addition, the Celtiberian remains of the necropolis El Cuarto and the archaeological site of Castillejo are famous. If you enjoy winter sports you can also visit La Colocha Ski Resort and Cross-country skiing. 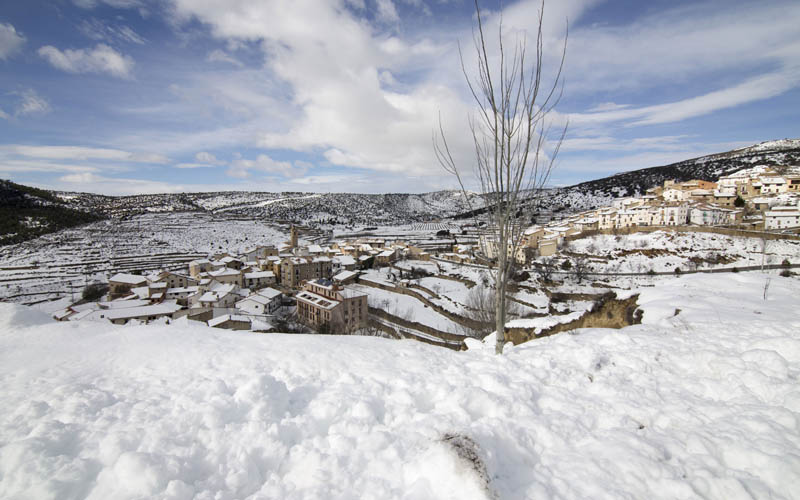 We have already seen that if we want to go from Teruel to the coast we will have to descend many metres. In the third place of the podium of the highest villages we have Gúdar, at 1,588 meters high. Located in the Sierra de Gúdar, we can find here stately houses from the 16th century. The Church of Santa Bárbara from the 18th century or the Hermitage of the Virgen de la Magdalena from the 12th century stand out.  Gúdar has forests of oaks and pines that make a spectacle of nature. Moreover, the Valdelinares Ski Resort is only 16 km away.

Bronchales, at 1,575 metres high, stands out for having one of the densest pine forests in the peninsula. This Iberian and Roman town is famous for the many references it has in the Cantar del Mio Cid. Its great wealth of flora and fauna (roe deer, eagles, vultures or deer) may be an ideal destination to get in touch with nature. Medieval buildings, such as the Church of La Asunción from the 16th century or the Hermitage of Santa Bárbara from the 14th century, will not leave anyone indifferent. 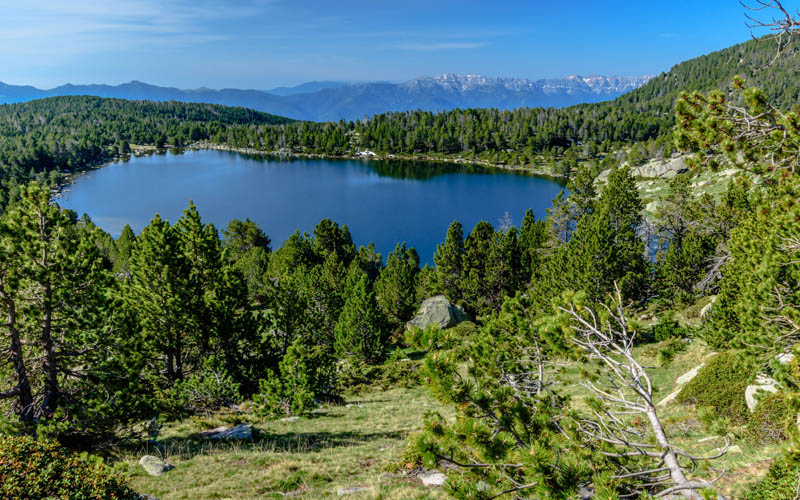 And finally, to complete the top 5 of the highest villages in Spain, we leave Teruel for good. Meranges, at 1,539 metres, closes the ranking of the five highest villages in Spain from the province of Girona . Near the French border, at the head of the Duran Valley, we find this town documented since the 10th century. A landslide in the Middle Ages almost made the whole village disappear. However, it left standing the Roman church of Sant Serni from the 12th century. Meranges stands out today for its natural landscapes full of lakes and ancient castles.