The Valencian Community has a number of beautiful villages to discover and marvel at. There really is no better way to dive into and discover the magic of each of these places than a walking tour. While quite a few are popular, some are perfect for losing one´s way among its secluded hideaways.

Villages and towns in the Valencian Community worth visiting 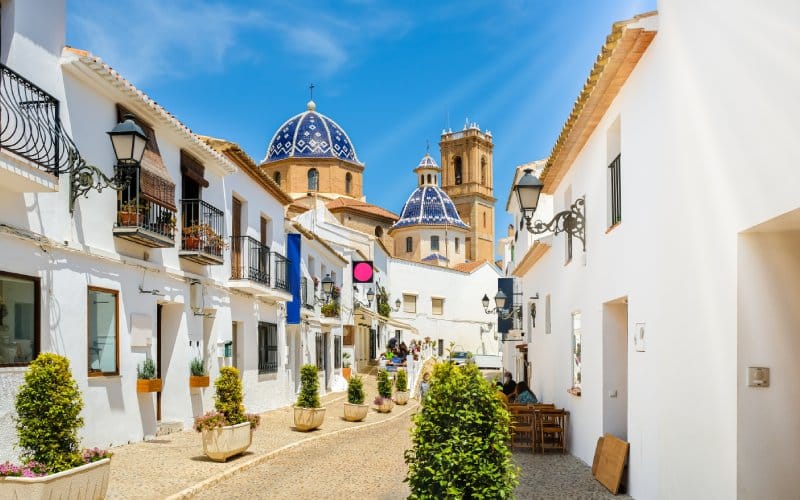 Altea is one of the most charming villages in Alicante province. It stands out for its white and starry streets, its flower strewn balconies and  extraordinary views of the Mediterranean sea. Altea has a number of artisanal shops and restaurants offering the visitor an opportunity to relax and enjoy an afternoon. One of the more popular places to visit in Altea, and certainly worth the the visit, is La Iglesia Nuestra Señora del Consuelo (Our Lady of Consolation church) with its eye-grabbing blue cupolas. 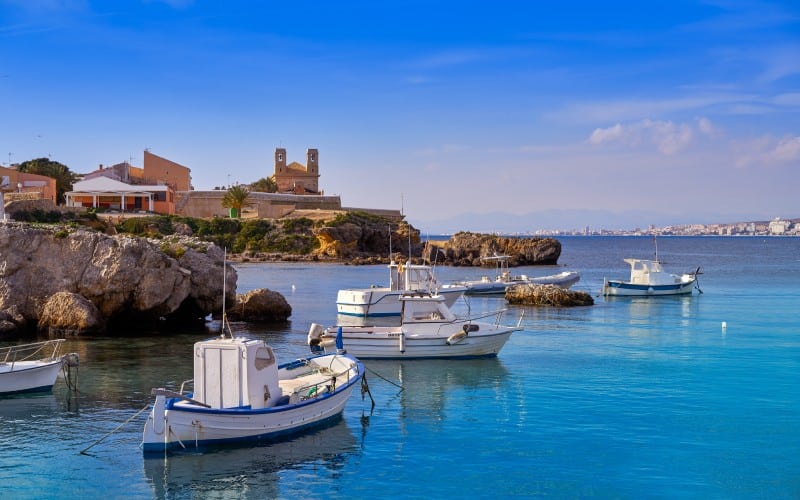 Tabarca is the only habitable island of Alicante and is noteworthy for its silence and tranquil surroundings. Apart from the summer months when there are plenty of people, during the rest of the year this place is usually a haven of peace for its nearly sixty inhabitants. It was one of the first places designated by Spain as a Marine Reserve and as a result, offers an ideal environment for scuba diving and snorkeling. Tabarca is also known for its cultural heritage including the ruins of the old town wall and the Iglesia de San Pedro y San Pablo (Saints Peter´s and Paul´s church). 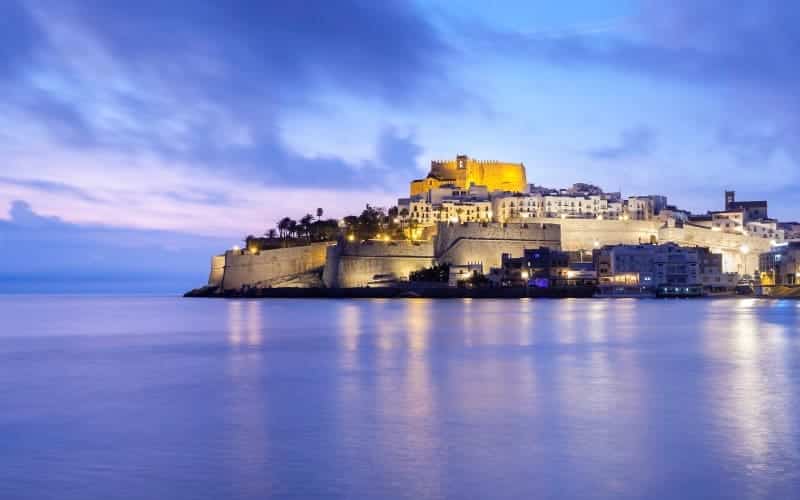 Another remarkable town worthy of a visit is Peñíscola. This fortified settlement lies on the seashore though the town extends beyond its old walls. While the fourteenth-century castillo templario  (Templar Castle), known as Papa Luna (Pope Moon), being one of the more emblematic monuments to be found, other essential visits include the Ermita de Santa Ana (Saint Anne´s hermitage), La Casa de las Conchas (Seashell House), Iglesia de Santa María (Saint Mary´s church), and the natural rock chasm formation called El Bufador. Peñíscola is remarkable for its many coves and local cuisine and is, arguably, one of the prettiest towns in the Valencian Community. 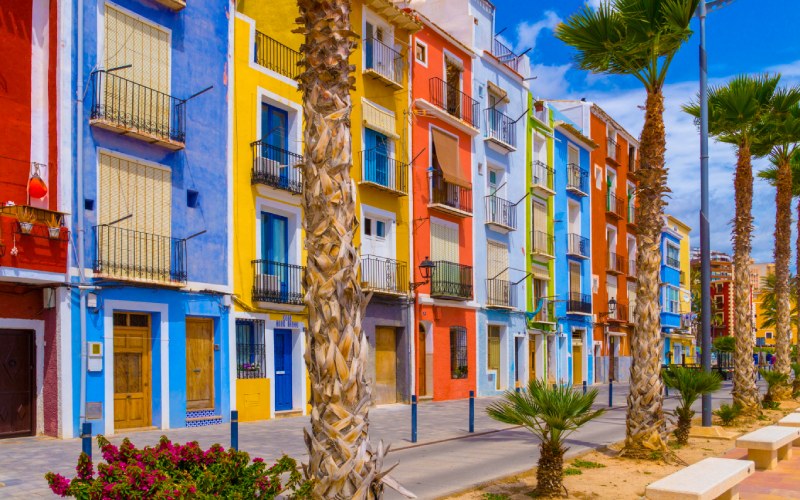 It should not come as a surprise to any vistor of this place upon seeing the eye-catching colorful façades of its homes that the very name Villajoyosa means “happyville”. A fishing village with a chocolate-loving tradition, it even has a museum dedicated to chocolate. A town to wander while enjoying its lively street life. Do not forget to check out the beaches del Torres and del Paraíso. 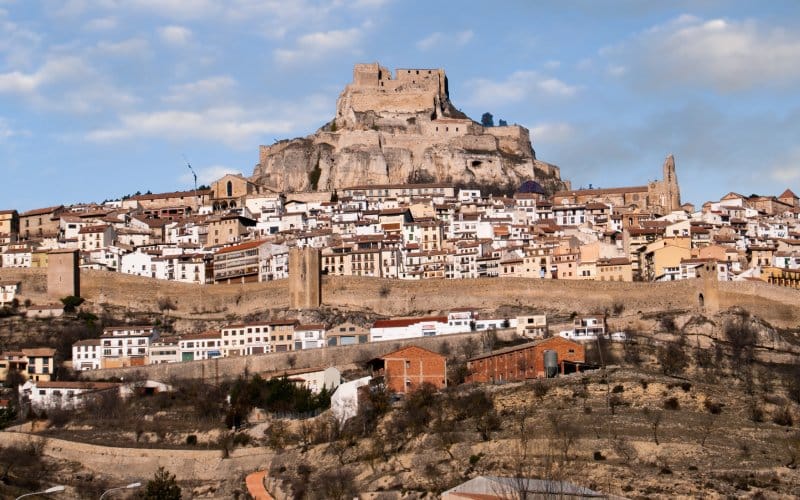 Morella quite literally stands out as this town sits on hill surrounded by a fortified wall and topped with a thirteenth century castle. Walking its medieval streets and reliving its past is only one of its charms. Morella has a perfect blend of historical heritage and the contrasting natural beauty surrounding it. Among the many things to see there are the Convento de San Francisco (Saint Francis´ Convent ), La Iglesia de Santa María (Saint Mary´s church), the aqueduct, and the cave paintings at Morella la Vell just outside the old town. 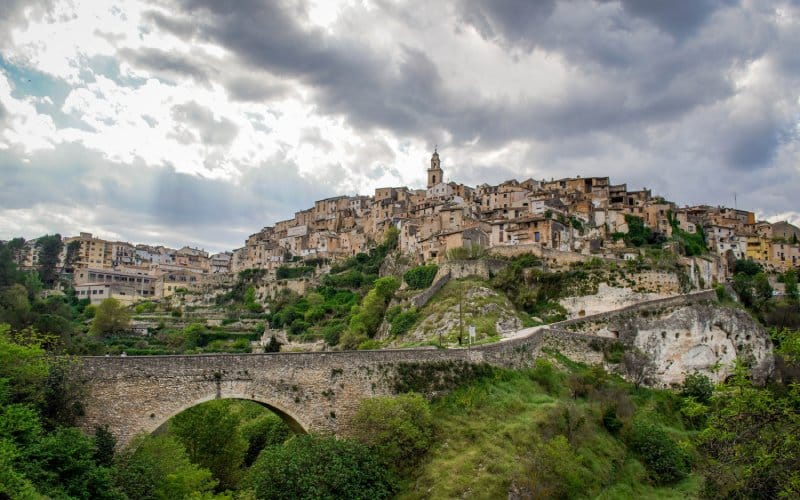 One of the Valencian Community’s most charming localities. Bocairent is a steeply tiered village with tightly crammed homes and narrow alleyways. Its ochre colors and stone façades have led this place to be designated an Historic-Artistic Ensemble. Other things not to miss are the rock cave monastery, Cuevas de los Moros (Moors’ cave) and the Torre de Mariola (Mariola’s tower). 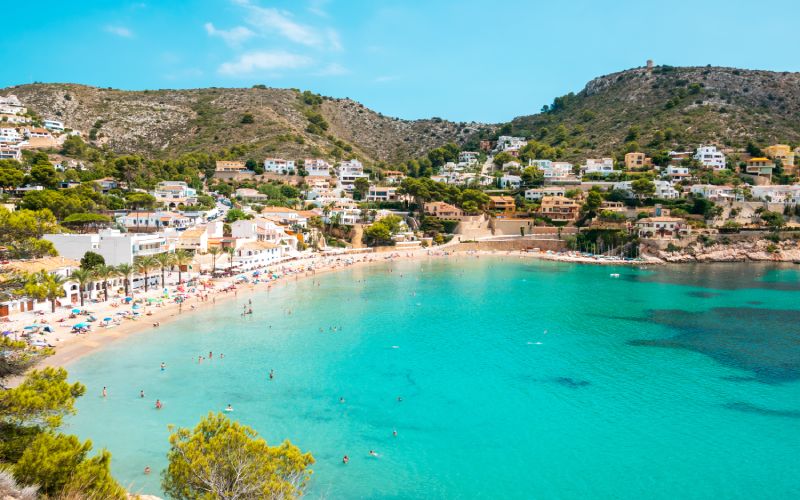 Teulada-Moraira is a town divided into two population hubs: Teulada inland and Moraira on the coast. In Teulada one can stroll the narrow streets and find its principal attractions like the Iglesia-fortaleza de Santa Catalina (fortress church of Saint Catalina), the Sala Jurados y Justicias (Hall of Justice and Jury Room), and the tower of Virgía del Cap d’Or. In Moraira lie the coves with their torquoise waters, white sand beaches and all the amenities. Portet beach is an excellent place to spend a relaxing day. 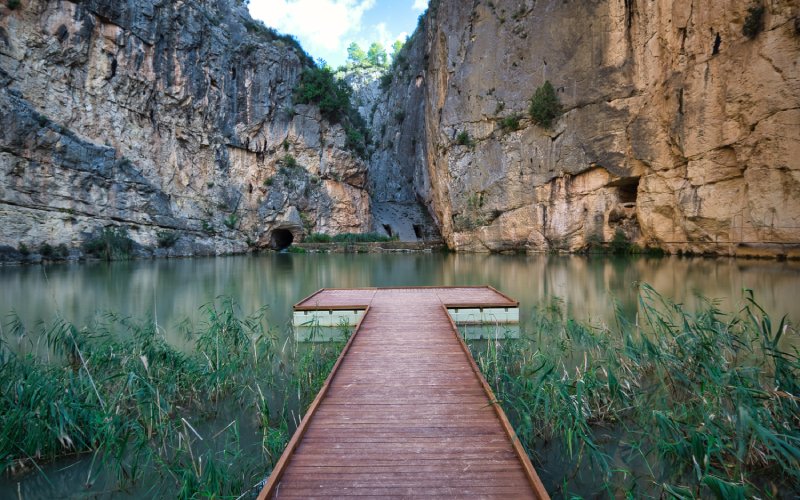 The surroundings at Chulilla are spectacular. | Shutterstock

A rock climber’s favorite due to its particular mountain formations: rivers, cliffs and slopes that are the lure for those outdoor adventure-seeking travellers. The village lies on the slopes of Monte del Castillo (Mount Castle). The Turia river flows nearby giving shape to the famous Hoces del Turia (Gorges of Turia) and creating a wonderfully impressive landscape. A walking tour over the suspension bridges is another favorite activity. Other monuments and obligatory visits include the Iglesia de la Virgen de los Ángeles (Virgin of the Angels’church), and the Ermita de San Josepe and the Ermita de Santa Bárbara (Saint Joseph and Saint Barbara hermitages). 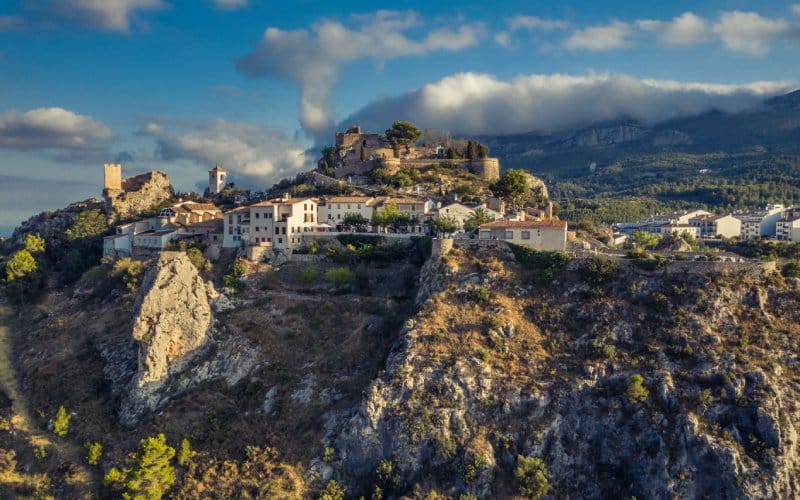 Guadalest seems to be born from the very rocks of the valley, whose background is the Guadalest reservoir. Designated an Historic-Artistic Ensemble and noteable for its unique residential arquitecture and cobblestone streets. Curiously, the village is divided into an upper and lower neighborhood which is joined together by a tunnel. The sites of Guadalest include the Castillo de San José (Saint Joseph’s castle), Castillo de la Alcozaiba (Alcozaiba castle), La Casa Orduña (Orduña House) and  the Iglesia de Nuestra Señora de la Asunción (Our Lady of the Assumption church). Despite being a small town, Guadalest has eight museums including the Museo de Microminiaturas (Micro-miniature Museum) and the Museo del Belén y Casitas de Muñecas (Nativity Manger and Dollhouse Museum). One of the Valencian Community’s most deightful villages.

Alicante, Castellón, Valencia, Valencian Community
It may interest you...